Nicholas James Thomasma and Ian Thompson return to the chart for the second month in a row, too. Listen to tracks from all of the featured albums at Local Spins. 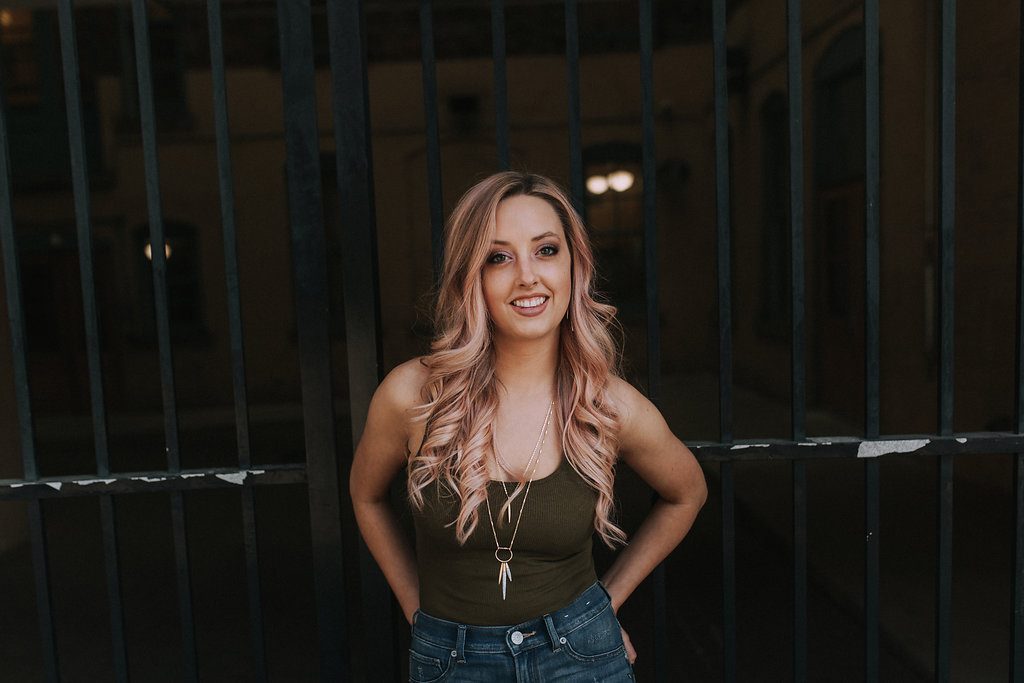 The versatility and industriousness of West Michigan musicians is on full display in the July edition of the Local Spins Hot Top 5 Chart of most-played regional albums at WYCE (88.1 FM).

For example, Hayes Griffin, who hangs on to the No. 1 slot for the second month in the row with his “Midwestern Swing” debut album, has been an in-demand sideman in a variety of bands over the years, from playing guitar for Grand Rapids’ Fauxgrass to touring with Canadian fiddler April Verch. 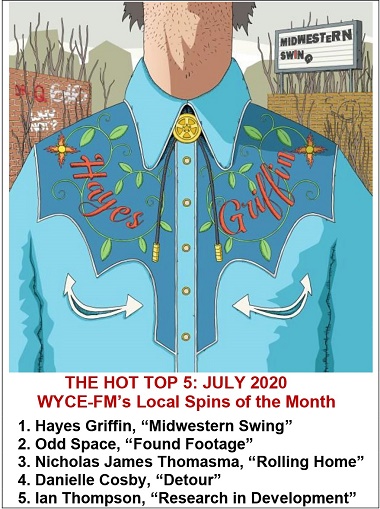 Snagging the No. 2 spot is “Found Footage” from Grand Rapids’ Odd Space, a project of the multifaceted Joey Frankovich, who some might remember as a member of the band Velcrofibs and a guy who plays all the instruments (drums, bass, keys, guitar) on his new EP, which was mixed and mastered by Michael Pierce (of Conrad Shock + The Noise and August).

Grand Rapids singer-songwriter Nicholas James Thomasma – who appears on the chart for the second month in row, this time at the No. 3 position with his latest solo album, “Rolling Home” – has not only divided his time between solo gigs and fronting Nicholas James & The Bandwagon, but also singing with the Echoes of Pink Floyd tribute band and Founders’ FBC All-Stars.

At No. 4 for July, singer Danielle Cosby may best be known across West Michigan as vocalist, producer and manager for the massively popular wedding and cover band Bluewater Kings, but now has established herself as a gifted solo artist as well, thanks to her debut solo album, “Detour,” which melds elements of pop and soul. 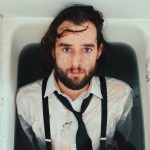 And bassist Ian Thompson – who also appears on the chart for the second month in a row – has long performed with a bevy of regional acts, but finally busted out early this year with his first solo recording, “Research in Development.”

Keeping lots of plates spinning – especially during a pandemic – has proven to be a crucial way for musicians such as these to stay relevant and keep their careers on track, with ever more projects on the horizon for all of them.

Check out songs from the charted artists below, along with a list of new local/regional additions to the WYCE library for July. To submit an album to WYCE, follow the instructions online here.