Led by an ambitious tribute to David Bowie, Local Spins culled some of the best videos created recently by West Michigan artists, including videos featuring Jordan VanHemert, Rick Chyme, Wuzee and others. 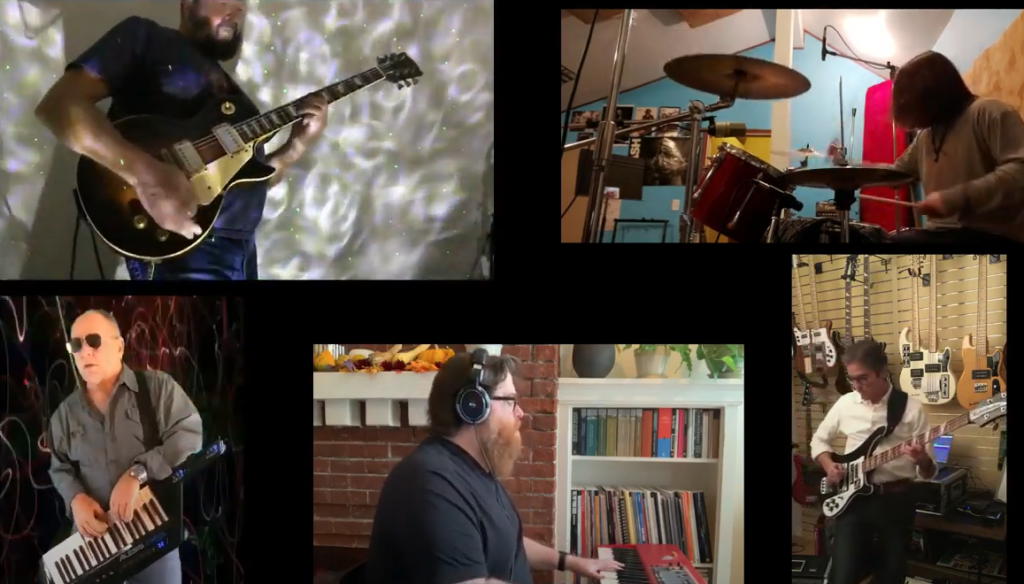 Today, Local Spins rounds up some recent music videos from West Michigan artists, something we do from time to time to showcase the marriage of song and filmmaking.

Let’s start with our featured video of the month, courtesy of a Grand Rapids guitarist paying homage to a classic rock legend.

A major David Bowie fan since the early 1970s, Grand Rapids guitarist Mike Dodge has long admired the rock superstar’s music and has played in various Bowie tribute shows over the years.

So with the late Bowie’s birthday and anniversary of his death being commemorated this weekend, Dodge took on an ambitious, far-flung project during the COVID-19 pandemic: recording a cover version of 1971’s “Moonage Daydream” with help from nine other musicians scattered from West Michigan to Chicago to France. 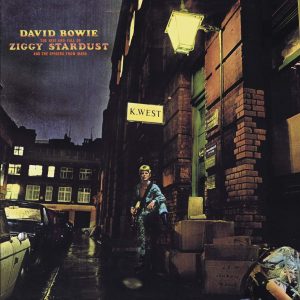 Classic Track from a Classic Album: Bowie’s “The Rise and Fall of Ziggy Stardust & The Spiders from Mars.”

“This seemed an opportune time to pull together some great musicians and put together a tribute,” Dodge told Local Spins.

“The other motivation is all these musicians who are at home wanting to play, participate in projects, etc. Hats off to all the talent out there working through this situation month after month. It hasn’t been easy.”

Neither was assembling the recording and video remotely starting in early November, with each musician and singer recording their own tracks separately and sending them to Dodge, who’s a member of the bands Barenaked 90s, My Thin Place, The Frog King and The Doors Opened.

“The biggest challenge was definitely technology glitches and time,” he explained. “Great collaborative effort all around. In the end, everyone put a lot into this and I think I can speak for everyone that we learned a lot about this format and it’s definitely been a very fun virtual project.”

Watch the video here, and stay tuned: Dodge plans to produce two more videos in 2021, with each leaning on different musicians.

The latest video from the Grand Rapids collective Les Creatif, led by Dante Cope, was produced by Samil and features Dawn Elizabeth and Plymouth Williams. It comes after Les Creatif released a new EP, “T.U.T. (The Uhura Tape),” in late 2020.

After living in Grand Rapids for six years, singer-songwriter Jordan Ellis Mobley recently moved back to his hometown of Memphis, Tenn. His new single, written in West Michigan, is billed as “a battle cry for the times” with the title reflecting the end of the 45th presidential administration and capturing “the turbulent climate in hopes of a brighter future.” The video was shot in Memphis.

Grand Rapids rapper M.I.C. Book released a new album, “H.A.R.D.,” in late 2020. This track – which features fellow hip hop artist Wuzee – was produced by Samil, who also shot the video. It was edited by M.I.C. Book.

West Michigan jazz saxophonist and Hope College professor Jordan VanHemert officially releases his new album, “I Am Not a Virus,” in March, but he recently dropped the single and video “Justice for the Unarmed (BLM),” featuring an all-star cast of musicians performing at Hope College Studios. The video was shot by Johan Sung, Kaniya Houston and McCoy Khamphouy and edited by Sung.

Eclectic Grand Rapids singer-songwriter and musician Tom Hymn (Chad Housemen) released a new pandemic-inspired studio album, “Songs from the Annex,” in December. This was the first single/video from that project. The inventive video was created by Cameron Houseman (Closure Speed Design) with some drawings by Jes Hoskin.

West Michigan-bred rapper Rick Chyme has been prolific during the COVID shutdown, releasing his second album project of the year, “Stones,” in November. The video accompanying this track by Chyme and producer Yelnam Evad was filmed in Grand Rapids by Andy Miller (Orange Cap Pictures).