The prolific artist with a new album was featured at Local Spins on WYCE, which also debuted tracks by Brother Elsey, The Accidentals, The Skinny Limbs, L. Supreme & Jasonmakesgoodbeats and more. 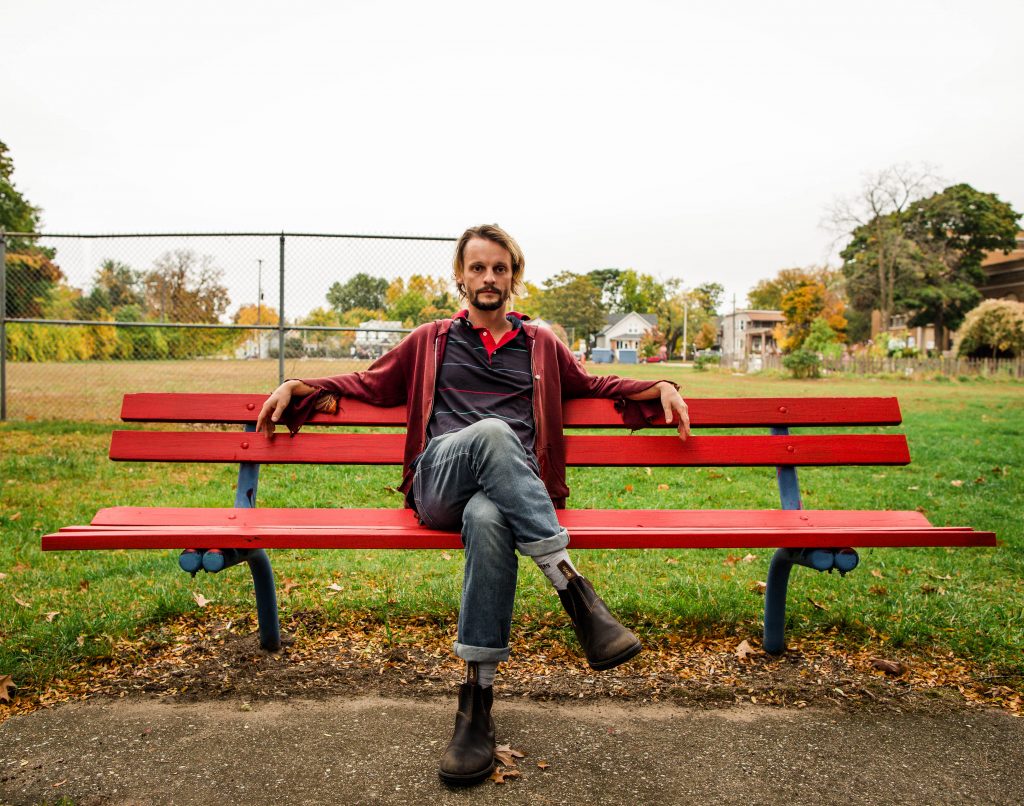 ‘All Over the Place’: Musically and thematically, Tom Hymn’s new album covers a lot of ground. (Courtesy Photo/Leandro Lara)

Chad Houseman, aka Tom Hymn, wasn’t necessarily planning to record a new album in 2020 – especially since he just released the 10-track “A Shrine 2 Create” in January.

But when West Michigan’s Hoom Hits put out the call for a “Quarantine Compilation” in March after the coronavirus pandemic broke out, the drummer and guitarist created the Tom Hymn track “Sub Ek” for the first volume of the record label’s quarantine albums.

“That was kind of the catalyst. That sort of got the ball rolling,” said Houseman, who also got laid off from his job, giving him plenty of time to write and record songs in the Grand Rapids apartment that he dubs “The Annex.” 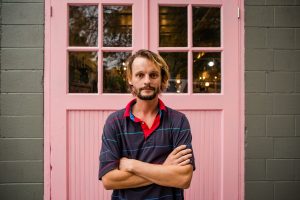 Recorded During the Pandemic: It’s the second album Tom Hymn has released in 2020. (Courtesy Photo/Leandro Lara)

The resulting full-length album, “Songs from the Annex,” officially gets released Dec. 11, a collection of 12 songs that thematically and musically are “pretty all over the place” but reflect that eclectic Tom Hymn vibe that fans have come to know and love since his first solo album in 2012.

“I love all types of music and I try to bring that into my songwriting,” he said of the indie-rock, folk and punk tunes that emerge from the “hodge podge of my weird mind.”

The “scrappy but kind of fun” collection that started out as a “super lo-fi recording” took a big step forward when Houseman’s engineer/producer friend Austin Owen came up from Arizona in July with a load of recording equipment. They set up the gear, recorded 12 songs in five days and voila: “Songs from the Annex” was born.

For this week’s edition of Local Spins on WYCE, Houseman debuted two tracks from the forthcoming album – “Fear Amongst Friends” and “Et Na.” Watch the video for another new track, “Fourth Vision of Bonanza Jellybean,” here; scroll down to listen to the entire interview and radio show podcast.

The one-time drummer for well-known local bands The Soil & The Sun and The Muteflutes launched his Tom Hymn solo career with 2012’s “New Mexican New Year” – a stripped-back, singer-songwriter affair limited to guitar and vocals.

But Houseman, an Iowa native who’s also a member of the Grand Rapids indie-rock outfit Major Murphy, has pushed the envelope and expanded his repertoire on more than a half-dozen subsequent solo releases. 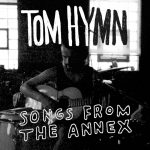 “Then I found Neutral Milk Hotel and Devendra Banhart. Then I started revisiting my punk roots from when I was a kid. It’s always changing. It’s fun to switch it up and you’ll see my last four records are all over the place. I love music from all over the world and their influences make their way into my writing.”

Those influences range from Leonard Cohen to Nirvana to Franco Battiato to Violeta Parra. Houseman even took flamenco guitar lessons at one point and gets his musical inspiration from Eastern spirituality and movie directors such as Spain’s Pedro Almodovar.

His new album will also be the first that he’s released on Indiana’s Jugo + Rada Records, which approached him around the time he put out “A Shrine 2 Create.”

“We’re doing a small-run cassette release which I’m stoked about. They’re really new and I’ll be their second release on the label,” said Houseman, who hopes the pandemic eventually eases to allow touring behind the release.

“I don’t have any plans for shows, touring right now because of COVID. I’d love to tour, but I want to wait and see what happens in the world before I start making any plans.”