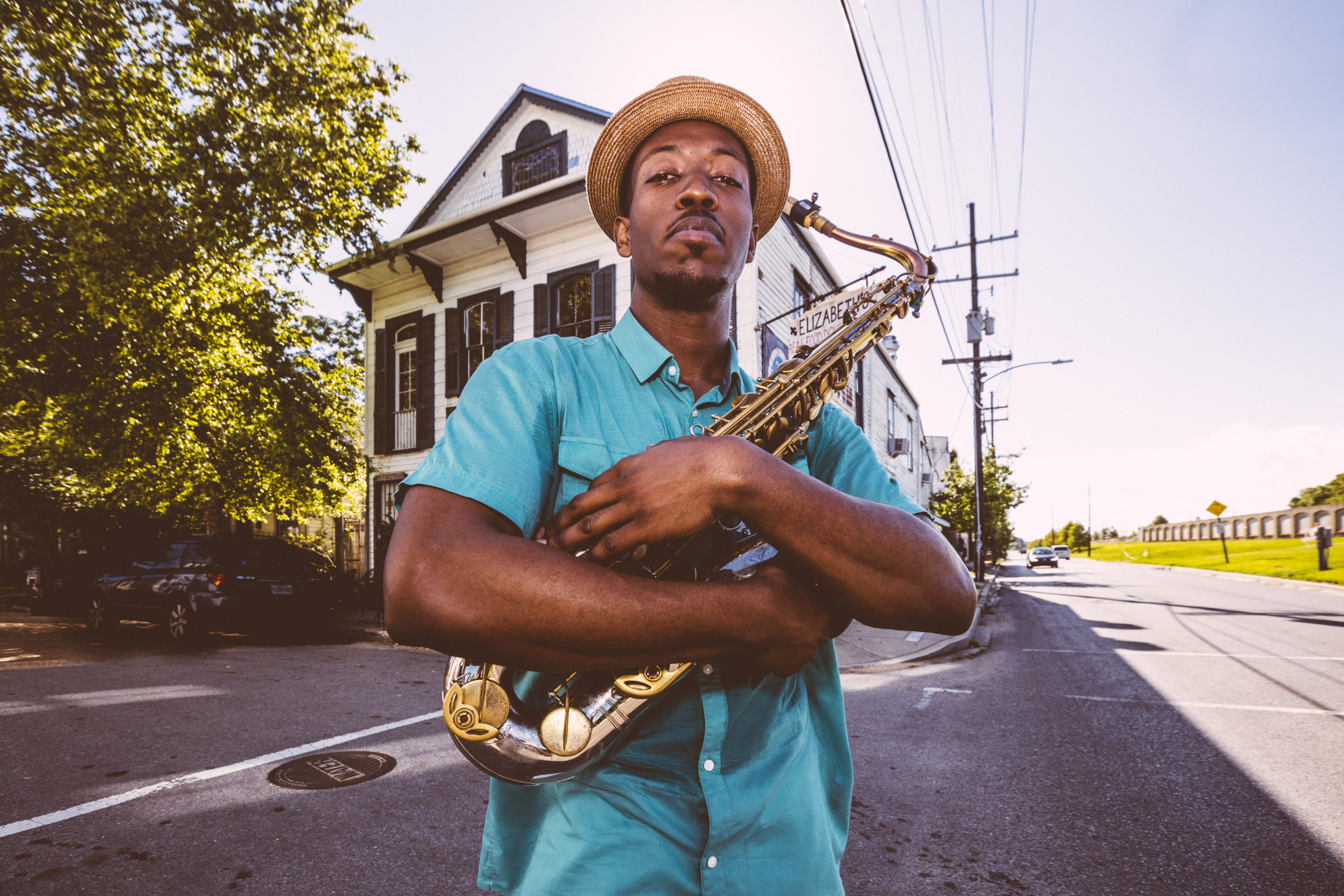 Classic jazz, R&B, soul and gospel are on tap for the 2017-18 season at Forest Hills Fine Arts Center – and that’s with just Monday’s opening show featuring Irma Thomas, the Blind Boys of Alabama and the Preservation Hall Legacy Quintet. 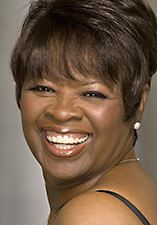 The series follows that with the soulful, brassy bite of Tower of Power, Celtic sounds with Dublin Irish Dance and Bruce Hornsby’s amalgam of pop, Americana, jazz and bluegrass. Individual tickets for the 7:30 p.m. Monday concert are $32-$40, if available.

The show is part of the Forest Hills Fine Arts Center’s four-show season ticket package, which ranges from $146 to $176. Season tickets are available until 5 p.m. Monday. Check the FHFAC’s for details. http://www.fhfineartscenter.com/performances.html#. The FHFAC is located 600 Forest Hill Ave. SE, east of Grand Rapids.

Calvin Johnson Jr., who plays saxophone with Preservation Hall Legacy Quintet, says the Oct. 30 concert which kicks off the season will showcase the many sounds of New Orleans.

“I like people to realize New Orleans music is gospel, traditional jazz, R&B, zydeco, funk,” he said in a phone interview from the Big Easy. “The Legacy band is traditional jazz with a touch of gospel and tinges of R&B. Then we back the Blind Boys of Alabama. That’s gospel. Then we play New Orleans R&B with Irma Thomas. That can only come from a band in New Orleans.”

The 31-year-old third-generation New Orleans musician grew up alongside Troy Andrews (Trombone Shorty) and Jonathan Batiste (leader of Stay Human, Stephen Colbert’s studio band). His parents were musicians, as were his uncles, siblings and cousins.

“I have over 60 first cousins. One plays trumpet and one bass – everyone else plays woodwinds,” he said. Johnson grew up around the music, at rehearsals, jam sessions and shows. Eventually, “Hey, kid, go get me a bag of chips” gave way to “Pull up a chair and sit in” and finally “We have a seat for you.”

His mentors include the likes of Alvin Batiste, Nicholas Payton, Branford Marsalis, Bob French and Henry Butler. He cites them and others such as Donald Harris and Bill Summers as important to continuing the New Orleans legacy and his own musical foundation.

“I met Bill Summers (the famed percussionist who has played on hundreds of recordings over the years) in high school, and he understood time on a whole different level. It pissed me off, I thought that I was good with time, but, man . . .” 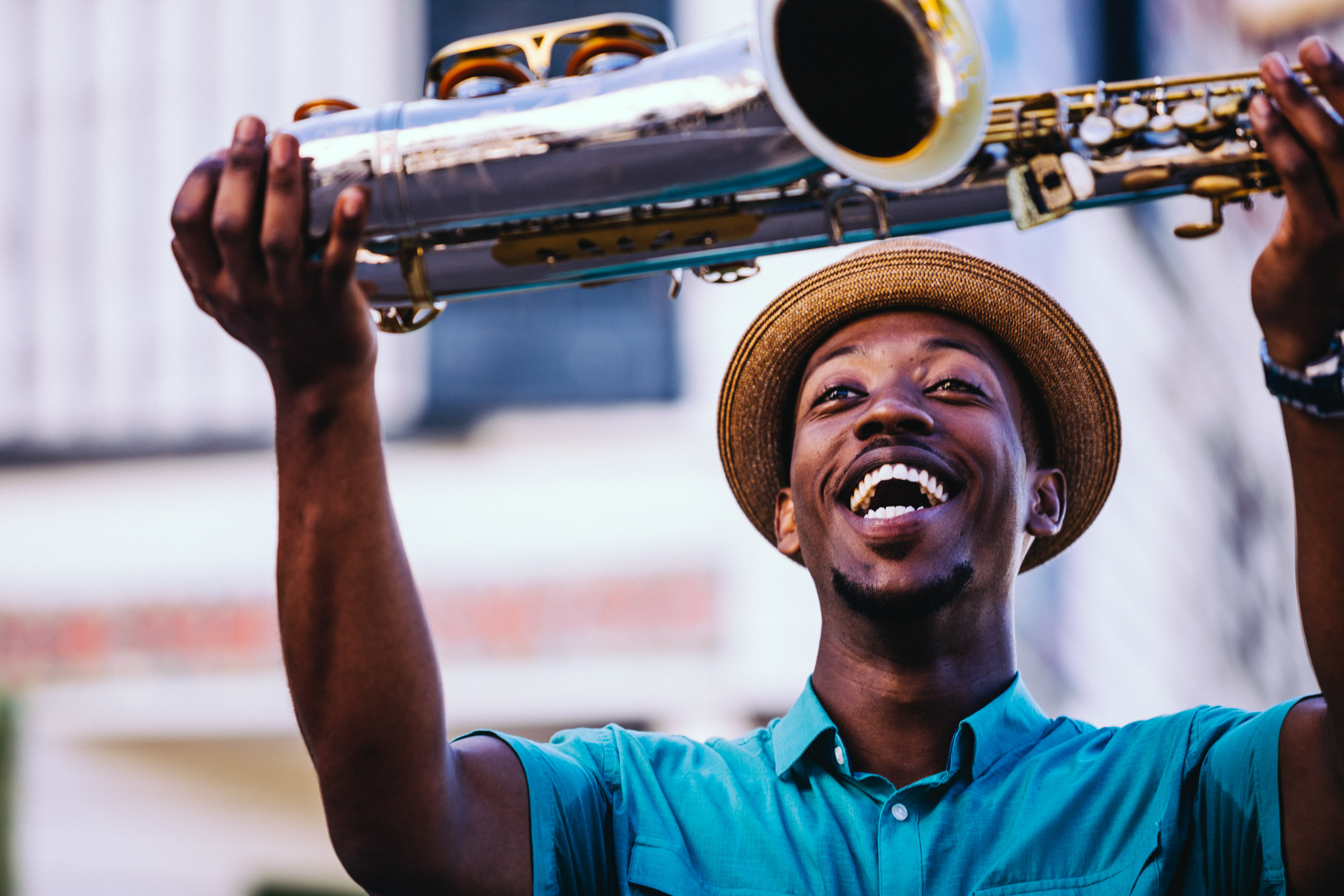 In addition to the quintet, which features Gregg Stafford on trumpet, Freddie Lonzo on trombone, Joe Lastie Jr. on drums and Christopher Vaughn on organ, Johnson performs and records with his own bands, Native Son (traditional jazz) and Chapter:SOUL (funk).

“New Orleans is such an insulated culture. Our hometown heroes are musicians – the Nevilles, the Marsalises, the Connicks, Dr. John, Tuba Fats, Bob French – and I called them uncle. So now I’m on the same bandstand with some of them. I get to play with my heroes.”

LEGENDARY TOWER OF POWER TO FIRE UP DANCE-HAPPY SHOW ON JAN. 17

While Johnson’s group draws on the sounds of its forebears, Tower of Power has built its own legacy over almost 50 years of making music. The group formed around saxophonists Emilio Castillo and Stephen Kupka in 1968 and is celebrating a half-century of making music in 2018. 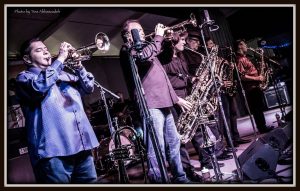 The band still spends 200 days a year on the road. “As we get older, the travel takes a toll,” said the 67-year-old Castillo. “But we’ve got it down to a science. The most we do is four nights in a row, then a night off.” And the jaunts through other countries offer opportunities to explore and enjoy other cultures. “A day off in Paris, it’s a great walking city. Copenhagen, Oslo, the bigger cities, all of Germany, they’re great cities. We see a lot of beautiful places, eat great food.”

At the time of this interview, the band was on tour in Europe, just beginning dates in The Netherlands before heading to Sweden. Asked how crowds in Europe differ from those in the U.S., Castillo replied, “They’re larger. And younger. It’s really crowded.” While most dates in the U.S. are in theaters, most in Europe offer festival seating with space in front for dancing. “We really like that,” he said.

The two constants in the 10-piece band throughout its existence have been Castillo and Kupka. Today, two other original members perform with the band, bassist Francis Rocco Prestia and drummer David Garibaldi, who have both been in and out of the band over the years. Garibaldi only recently returned following injuries suffered when he and bassist Marc van Wageningen were struck by a train in January while walking from a hotel to Yoshi’s in Oakland, Calif. for a performance with the band (van Wageningen was subbing that night for Prestia and continues to recuperate). 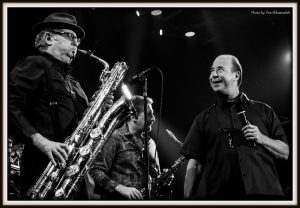 Over the years, more than 50 other musicians have been part of the band. The most recent addition came in April of last year, when vocalist Marcus Scott was selected to replace Roy Greene, who abruptly joined Santana earlier in the year after a two-year run with Tower. “It was a total shock,” Castillo said of Greene’s departure. “It was very disappointing. We loved him and we still love him. He can make twice as much money and work half the time. It’s part of the business.

“Ray had a musician quality,” Castillo continued, noting Greene’s ability as a trombonist and the fact he’s a graduate of Berklee College of Music, the famed music conservatory in Boston. “Marcus is raw, he’s a little more soulful. For a 33-year-old, he’s very mature.”

The two share space on the group’s upcoming CDs. There’s another lead vocalist prominent on the recording as well: Castillo himself. He said he usually sings maybe one lead on an album, but this time around, “I do a lot of singing.” The 28 tracks will come out as two separate albums, at least the first one about a month prior to the planned 50th anniversary gig being planned for June.

While the group’s 40th anniversary found more than 20 alumni joining the nine-member group for a show that yielded a CD/DVD set, Castillo said the plans for the 50th are more restrained. “We’re not going to have everybody. Chester Thompson, Lenny Pickett, Ray may play some trombone and sing some background vocals. I’ll bring in some strings and our horn arranger to play some keyboards and conduct.”

Most bands would be happy to make it 10 years. What’s kept Tower of Power going for five times that long?

“My patented answer is God does it, I just show up,” said Castillo. “The other is that we make good music exactly the way we like it.”

For more information on the shows and to order tickets, go to fhfineartscenter.com/performances.html#.

VIDEO: Tower of Power, “Soul With A Capital ‘S'”