Several Michigan music festivals have canceled summer events for the second year in a row. But others will move ahead in 2021, barring a virus resurge. The lowdown on the state’s festival season at Local Spins. 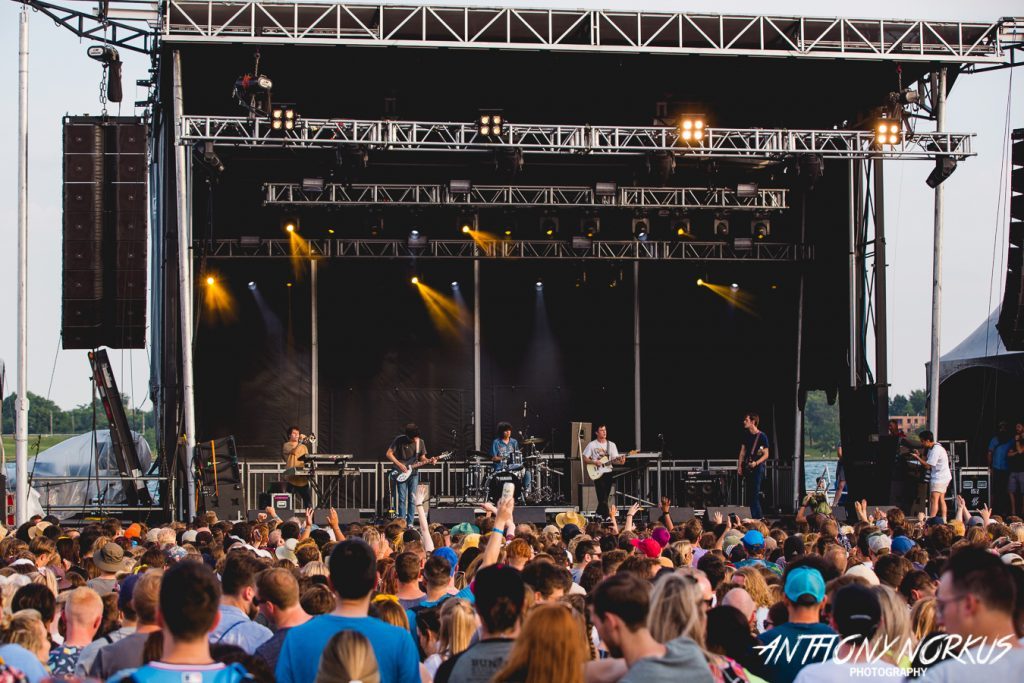 The 2021 music festival season in Michigan has shaped up as a mixed bag: Some summer events already have canceled for the second year in a row, other festivals are moving full steam ahead with ticket sales, and still others remain in limbo.

With the year-long COVID pandemic continuing to muddy the waters for touring artists and festival organizers, the roster of Michigan music festivals seems to change weekly as previously scheduled events get canceled or postponed.

Potential capacity restrictions, difficulties in booking artists who haven’t committed to touring yet and other concerns have left many festivals looking ahead to 2022 or debating the merits of moving ahead as scheduled.

This week, “heartbroken” organizers of Mo Pop Festival (intended for July in Detroit), Camp Greensky (slated for early June in Wellston) and Nor-East’r Music & Art Festival (scheduled for mid-June in Mio) all announced cancellations, saying there’s just too much uncertainty to stage this year’s events. 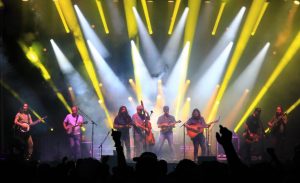 “We were patient and hopeful that we could make some magic happen this June,” Camp Greensky announced on Facebook, “but it’s just not in the cards to present the festival we all know and love in the current circumstances.”

Mo Pop organizers declared on their website that “2021 is still too soon for a safe return” of the festival.

“As much as we want it to happen, after exhaustive efforts to deliver the event you’ve come to love – and many conversations with both artists and local officials – we feel that it is best to focus on the future.”

Nor-East’r said canceling due to COVID for the second year in a row “absolutely breaks our hearts … but rest assured, we will be back in full force in 2022.”

On the flip side, several festivals have announced plans to move forward, with some even announcing lineups.

ARE REFUNDS POSSIBLE WHEN FESTIVALS GET CANCELED?

What’s not so clear is how some festivals might handle refunds if cancellations take place again. Last year, many festivals encouraged ticket buyers to hold onto their passes for use in 2021.

Big Ticket Festival’s decision to cancel last year’s event sparked complaints from some ticket buyers whose requests for refunds were ignored. The state Attorney General’s office told Local Spins that it received two complaints about the festival but “the venue has not responded to our request.”

The only other festival for which the Attorney General’s office received complaints involved the Faster Horses country music festival in Jackson County, and both of those complaints were resolved (including a refund request that was granted).

“We continue to give attention to all complaints, and will intervene where consumers are being treated unfairly. In this spirit, businesses that may choose to ignore our mediation process are warned that we interpret that as lending credibility to the consumer’s allegations. Our office does not generally comment on whether we will conduct investigations, or the status of investigations that we’ve begun.”

“We have had commitments from a number of our host sites from previous years and although the event might be a little smaller this year, I’m hoping that the pent-up demand for live music will bring folks out in the streets,” Walk the Beat organizer Bob Moore said of the event that has fans strolling from business to business to watch bands perform. 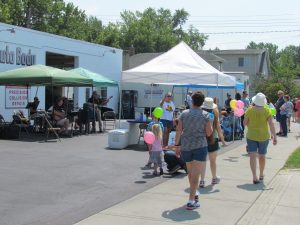 Returning in August: Fans can once again stroll Grand Haven for live music during Walk the Beat. (Photo/Matt Marn)

“I don’t think we’ll have much trouble finding musicians who are eager to perform either. Of course, all this hinges on the state of the virus at the time, but since we’re outdoors and our individual sites rarely have more than 20 to 25 people listening at a time I think we should be able to adhere to any guidelines.”

(Walk the Beat is also hosting a songwriting contest. Interested musicians must email Moore with their entries in digital form or by link to walkthebeatbob@gmail.com. The deadline is Monday, March 15.)

One of West Michigan’s earliest outdoor festivals – the Buses by the Beach Bus Benefit held at West Olive’s Camp Blodgett over Memorial Day weekend – anticipates making a decision in late April, according to organizer Brien Dews.

“It will be based on what the guidelines allow,” he said. “In other words, it will depend on whether we can actually get a permit from the county and township or not.”