RSVP Music Chat sat down with Michigander for an upbeat conversation about his music, touring, his quest as a career artist and why it isn’t “Michiganian” or “Dad Jokes.” Listen to the podcast, read a review of Michigander’s new EP. 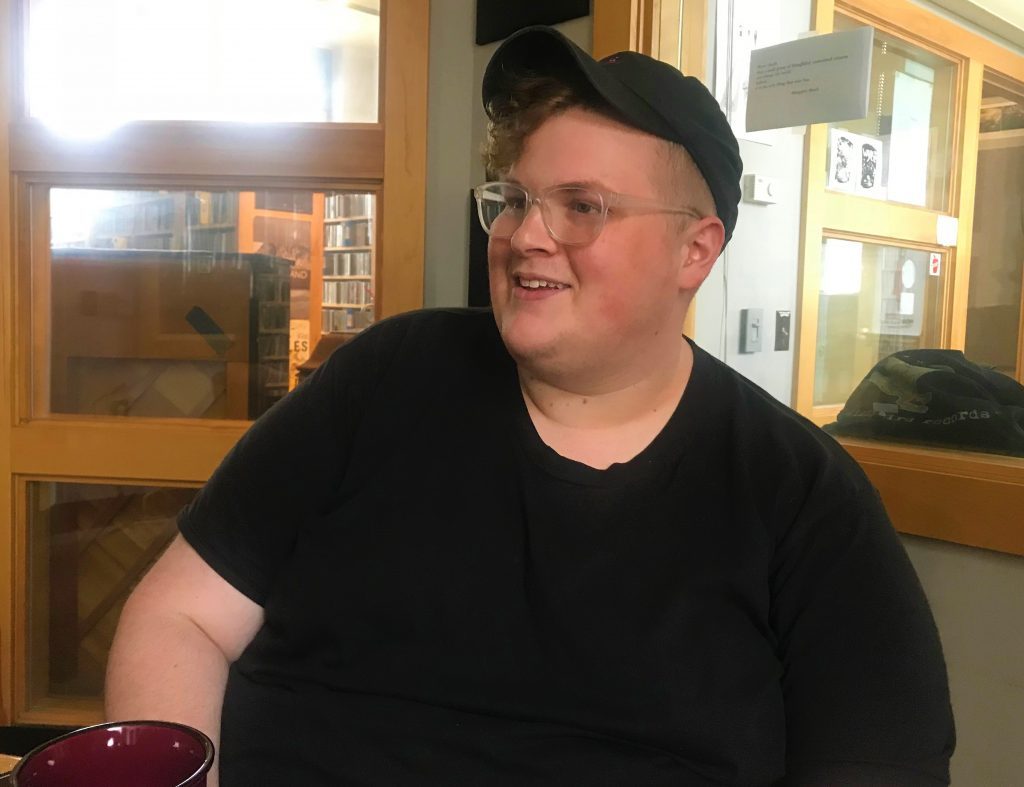 SCROLL DOWN FOR PODCAST, EP REVIEW AND TO LEAVE A MESSAGE FOR RSVP MUSIC CHAT

For a guy without a full-length album, Michigander, aka Midland’s Jason Singer, has not only caught the ear of fans and critics in his native Great Lakes State, but of various national media outlets who’ve embraced his anthemic pop music over the past year. 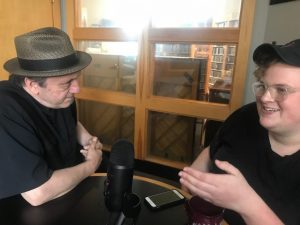 In March, NRP Music’s World Cafe raved that Singer is “wise beyond his years with an angelic confidence in his voice” and “adept at crafting those musical moments that ring with high emotional impact” in songs with “driving beats, shimmering guitars, tug-at-your-heart lyrics and big hooks.”

“It does surprise me,” said Singer, who concedes that a lot of that national attention he’s received has been part of a “bucket list” of goals that he’s had over the years. “The scene is great here in Michigan, but it’s cool to go out and visit all these other places and connect with other people like I have here.”

With his band in Grand Rapids for a tour stop at The Pyramid Scheme promoting his new EP, “Midland,” RSVP Music Chat connected with Singer last week for an in-depth conversation about his songs, his touring, his future, getting endorsements and more. Listen to the podcast here and read a review of the new EP by Local Spins writer Ricky Olmos, who also took part in this week’s podcast.

Michigander, by the way, plays the Zhou B Art Center in Chicago on Friday (May 11), with June tour stops in Nashville, Lansing, Columbus and Ann Arbor. Learn more about Michigander and listen to songs online at michiganderband.com. And leave a voice message for RSVP Music Chat via SpeakPipe below. 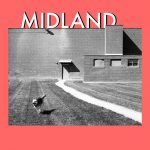 In only three years, Michigander has blossomed from the songwriting project of Jason Singer to a burgeoning musical force to be reckoned with. Still the sole creative force behind the band, Singer is now backed by a full band, the producing prowess of Jake Rye (Social Recording Company) and an anthemic new EP titled “Midland.” Named after the Michigan town that Singer has regularly called home, the album’s profile is anything but small: huge drums, booming, pocketed bass, and resounding electric guitars envelope Singer’s endearing voice and sincere storytelling.

“5am” and “Alice” kick things off with larger-than-life choruses and radio-ready hooks. “Alice” moves along with urgency, riding a wave of sharp electric guitars and bright synths. Anchoring the album, “Fears” is a full-fledged indie-rock song, complete with roaring guitars, in-your-face drums and grooving bass, accented by dreamy keys. 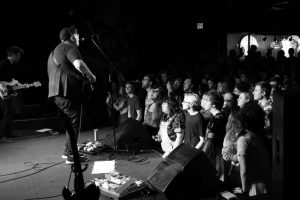 Capacity Crowd: Michigander performing at The Pyramid Scheme on May 4. (Photo/Anna Sink)

But it’s the album’s slower-moving songs that offer the most visceral impact. “Falling” builds from the warm hum of an electric guitar and hushed vocals to a flourishing soundscape of broad melodies and lyrically vulnerable sentiments, both longing and hopeful. “Stolen” once again proves Singer’s abilities as a pop songwriter, with a relatable message draped in the trappings of an atmospheric rock anthem. Pianos, synths and electronic samples swirl around each other while a driving rock beat marches the track forward. “East Chicago, IN” breaks somewhat from the more up-tempo, pop-accessible tracks and charts its own course as a slow-burning, rhythmic rumination on the emotional strains of distance. It ambles through gentle synths, airy trumpet and shuffling drums before an emotional, climactic outro.

“Midland” encompasses all the elements that could be attributed to Michigander’s success thus far: catchy, pop-rock compositions that are both familiar and fresh; polished, radio-ready production quality; genuine believability in Singer’s voice and the way his lyrics sound like a late-night conversation between dear friends.

There’s an undeniable element of comfort to many of the album’s lines, prompting an almost involuntary, proverbial head nod: “I don’t need your love, I just want your sympathy, so would you please sit next to me and say it’s gonna be alright; ‘Cause I don’t want to leave this tiny town I hate so much, ’cause there’s the only roads I trust after midnight.” – Ricky Olmos

VIDEO: Michigander performing at The Pyramid Scheme in Grand Rapids (5/4/18)