The northern Michigan folk-rockers’ latest release soared to the top spot at WYCE-FM in the midst of their national tour. See who else made the August chart and listen to tracks from all the albums. 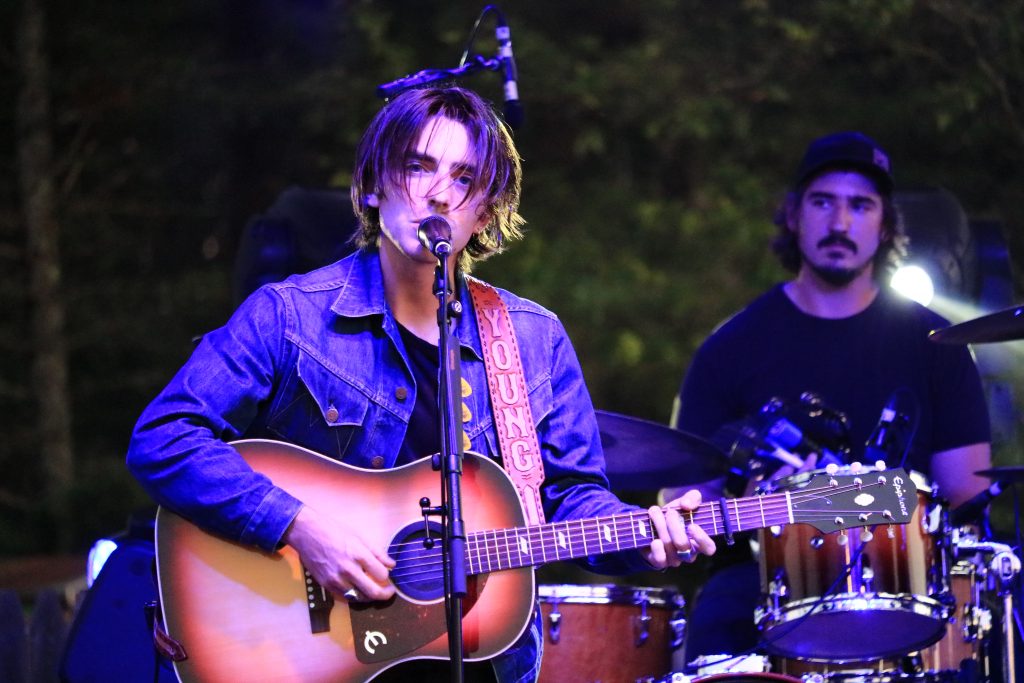 Rewarding to Get Support from Michigan Fans: Graham Young and Michigan Rattlers on stage at Hoxeyville. (Photo/Anna Sink)

SCROLL DOWN TO LISTEN TO TRACKS FROM THE TOP 5 ALBUMS

For Graham Young and the rest of the Petoskey-born-and-bred Michigan Rattlers, there’s literally nothing as satisfying as getting strong support from their home state fans.

“We’re extremely proud to be from Michigan,” the singer-guitarist said of the group that also features upright bassist Adam Reed, pianist Christian Wilder and drummer Tony Audio, who’ve been playing together since high school.

“We carry that pride in our name and in many of our songs.” 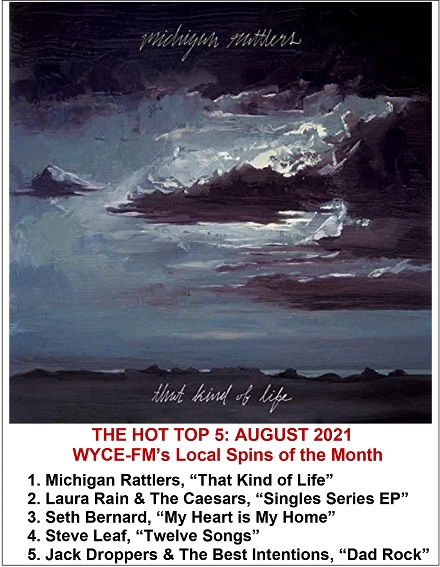 So, when the Americana and folk-rock band’s latest studio album, “That Kind of Life,” soared to the top of the August Local Spins Hot Top 5 radio chart representing the regional recording getting the most radio airplay at Grand Rapids’ WYCE-FM, it marked another feather in the cap for a band that’s also cultivated a growing national following.

“It’s very rewarding to get this kind of support from a home-state radio station and its listeners,” Graham said, of the “surprising” chart-topping news. “It means a lot for our music to be in the No. 1 position.”

Young and Reed even moved back to their beloved native Michigan from California in 2019, and many of the new album’s songs (“The Storm,” “Like a Kid,” “Desert Heat”) reflect the Great Lakes State’s influence on the band. (Scroll down to view the official video for the album’s title track.)

But make no mistake, the album also has earned a solid reception nationally since its May release, and the northern Michigan band is touring the country nearly non-stop through December to promote it. September’s tour stops include venues in Michigan, Ohio, Kentucky, Tennessee, North Carolina, Virginia, Maryland and Pennsylvania.

“The release was a long time coming. We had finished the album toward the beginning of the COVID shutdown, but felt like it was best to hang on to it until we knew we were going to be able to tour in support of it,” Graham said. 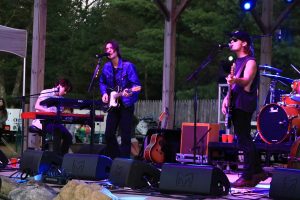 “The shows have been inspiring and relieving for us as a band and the audience alike. Nothing like a live rock show. We sat on these recordings for a long time so it’s a little like rediscovering and relearning old songs. That’s life in our catalog.”

The August Hot Top 5 reshuffled a few entries from July, with Laura Rain & The Caesars’ series of singles dropping from No. 1 to No. 2, and Seth Bernard’s latest album, “My Heart is My Home,” moving up one spot to No. 3.