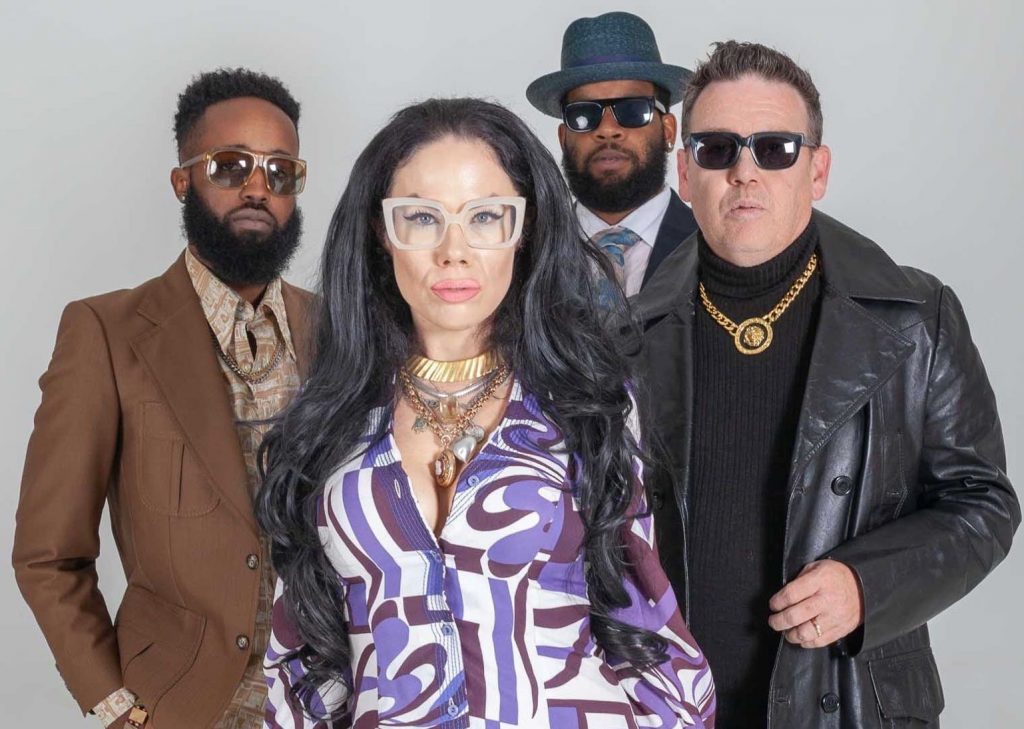 On the Rise: Laura Rain & The Caesars bring their bluesy soul and R&B to Grand Rapids this month. (Courtesy Photo)

Laura Rain & The Caesars have followed up an intense and active 2020 with a milestone 2021.

Members of the soulful Detroit act unleashed a series of five rollicking singles during the pandemic last year, then signed their first label deal with United Kingdom’s LRK Records and released “I Am,” the first single from the band’s upcoming full-length album. 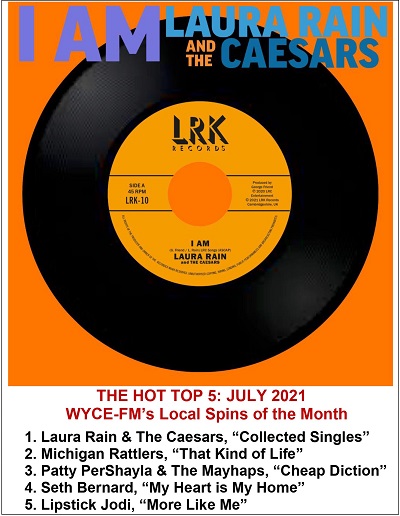 Three of the five entries are new this month.

Now, thanks to its recent collection of singles — “I Am” and other releases — the band has achieved another first, topping the Local Spins Hot Top 5 Chart for July, representing the regional act earning the most radio airplay at Grand Rapids’ WYCE (88.1 FM).

“If this is a just a taste of the reaction from one song off our forthcoming album, we are in a good position. We are thrilled that it has been received so well by WYCE listeners,” Rain told Local Spins, noting another single will be released in September.

“It is the most satisfying feeling for ‘I Am’ to do well. Even better to perform the song live and meet the fans and DJs that love and support our music.

Also for the first time, Laura Rain & The Caesars will play the GRAM on the Green concert series, hosted by WYCE, at 6 p.m. Aug. 12 on the terrace of the Grand Rapids Art Museum. (The band also plays LivelyLands Music Festival in Empire on Aug. 21.)

“We absolutely love Grand Rapids, and it sure will be fun to play,” said Rain, noting the band recently completed its first post-COVID run of shows last weekend.

“The fans, the music, and the performances, are all what I live to do and know it is my purpose in life. It feels good to be back to work, making a living at what you love. I am in awe of the response our new music is having.”

The band also noted that establishing a relationship with LRK has sparked “awareness within the soul music community and a wider international audience.” 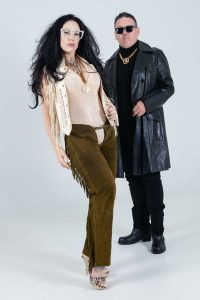 And pressing “I Am” to vinyl is “like a dream come true,” said producer and co-writer Friend. “The music we write really is conducive to the entire vinyl record experience.”

Said Rain: “The album, I believe to be our best congruent work ever. The robe is off, and I am fully exposed as a soul singer.”

At No. 2 on the Hot Top 5 Chart for July is the latest album. “That Kind of Life,” from the Petoskey-bred Michigan Rattlers, who play The Stache inside The Intersection at 7 p.m. Thursday (Aug. 5) with Muskegon’s Colt Snuffer & The Dead Horsemen opening the all-ages show; tickets are $20. (Michigan Rattlers also will appear at noon Thursday at Listening Room for WYCE’s on-air “GR Live” program, along with Max Lockwood.)

Patty PerShayla & The Mayhaps’ “Cheap Diction” remained in the Hot Top 5 for the second month in row, this time coming in at No. 3, just ahead of the latest album, “My Heart is My Home,” from northern Michigan singer-songwriter Seth Bernard. Lipstick Jodi’s “More Like Me” was at No. 5, after entering the chart at No. 4 in June.

Listen to tracks from all of the artists below.