The rock-reggae musician and peace activist infused his trademark optimism and compassion into an extra-long set Friday at the outdoor amphitheater. Review, photos. 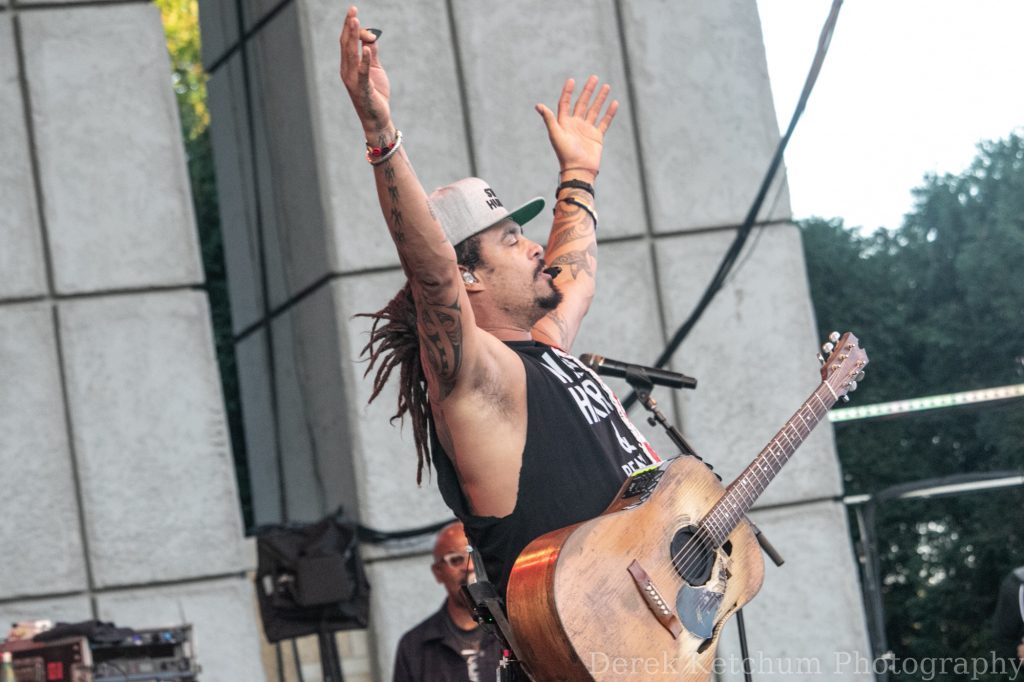 When art hits its mark, it elicits a desired response from the audience, whether that be joy, sadness, disgust, anger, laughter or so on.

For musician/poet/political activist/filmmaker Michael Franti, the target is always pointed at love.

The reggae-rock-rap artist is nothing if not a force for human connection and compassion, as shown yet again during a sold-out, curfew-pushing performance Friday evening at Frederik Meijer Gardens & Sculpture Park. 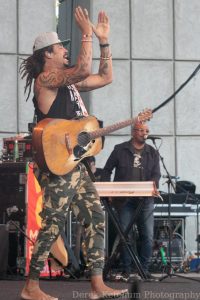 Back in GR: Franti on stage Friday night. (Photo/Derek Ketchum)

Under mostly sunny skies and pleasant temps, Franti and his band, Spearhead, delivered a nearly two-hour, 20-ish song set that uplifted and energized an enthusiastic crowd of all ages, including many small children.

Sounding as tight and upbeat as ever, Franti and his longtime band — touring in support of this year’s “Stay Human, Vol. II” — offered a familiar but welcome repertoire of songs (“The Sound of Sunshine,” “Say Hey (I Love You),” “I’m Alive,” “11:59”) and stage hijinks, that included plenty of clapping, crowd singalongs, waving arms, audience members as on-stage guests, bouncing beach balls and lots of hugs.

If one had taken a drink for every time Franti asked the audience “How you feeling?” one would have a very tough Saturday morning, indeed. He even pushed the Meijer Gardens curfew, performing a show-closing bonus song sans amplification to avoid any noise complaints.

On Friday morning, when someone asked me what I was doing over the weekend, I told her I was attending a Franti show at Meijer Gardens — my fifth year in a row! [Side note: If you want to know how this year compared to other years, you can check previous reviews here.]

She was unfamiliar with the artist, so I talked about the always-present “good vibes” at his shows. As the day wore on, I kept finding I wanted to re-engage the conversation and clarify. 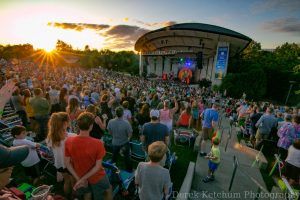 While Franti and his shows are unabashedly positive and optimistic, I would argue that he does not fall under the toxic scope of the “good vibes only” umbrella, which seeks to nullify and stamp out any perceived negativity. Instead, Franti’s honest, sincere stage conversation often embraces the most difficult topics, including depression, anxiety, chronic illness, gun violence, loneliness, racism and grief. He is not afraid to talk about the really painful stuff.

Franti’s “good vibes” persona isn’t about silencing his audience’s hurt. Rather, it’s about encouraging all of us to make a conscious decision to be kind. We can’t control much in this world, but we can control how we treat one another.

That’s a choice, and it’s a frequent topic of Franti’s songwriting and stage rhetoric.

Nashville artist Bre Kennedy charmed the crowd in her brief opening set, later joining Franti to lend guest vocals on a track. Her debut EP, “Jealous of Birds,” is out now. Franti has a knack for identifying and lifting up young vocalists, and Kennedy certainly is one to watch. 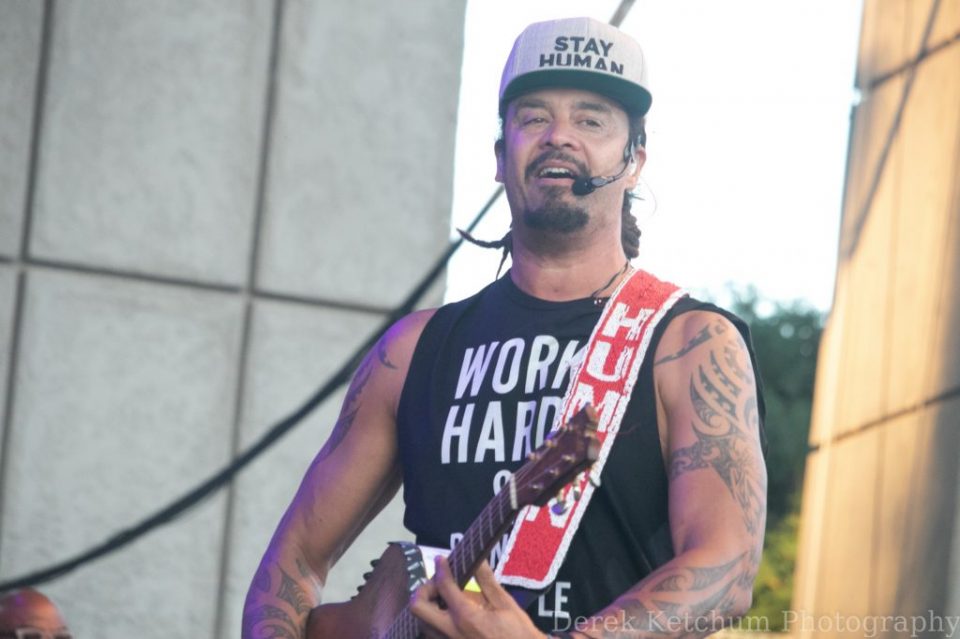 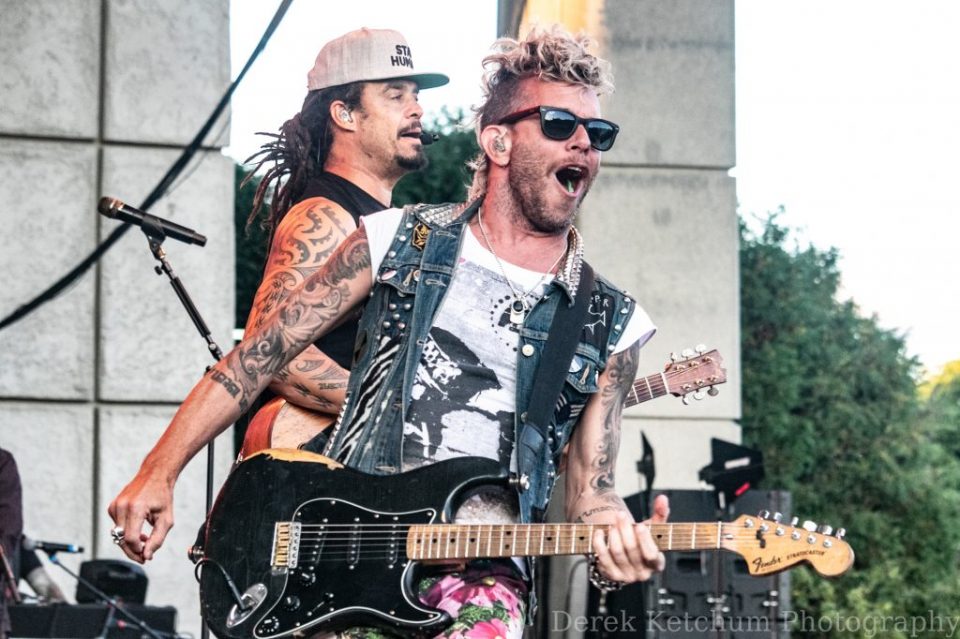 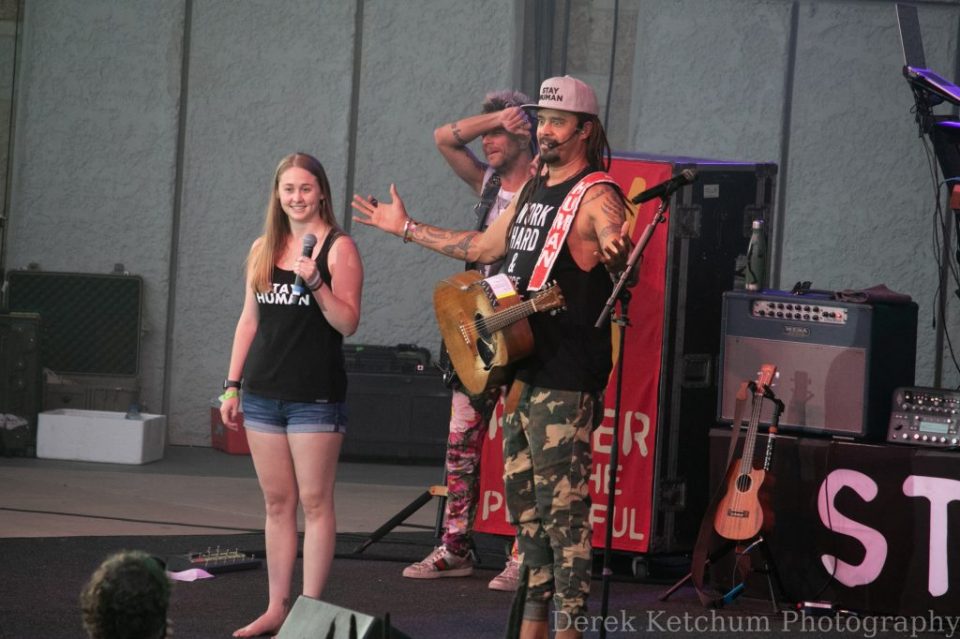 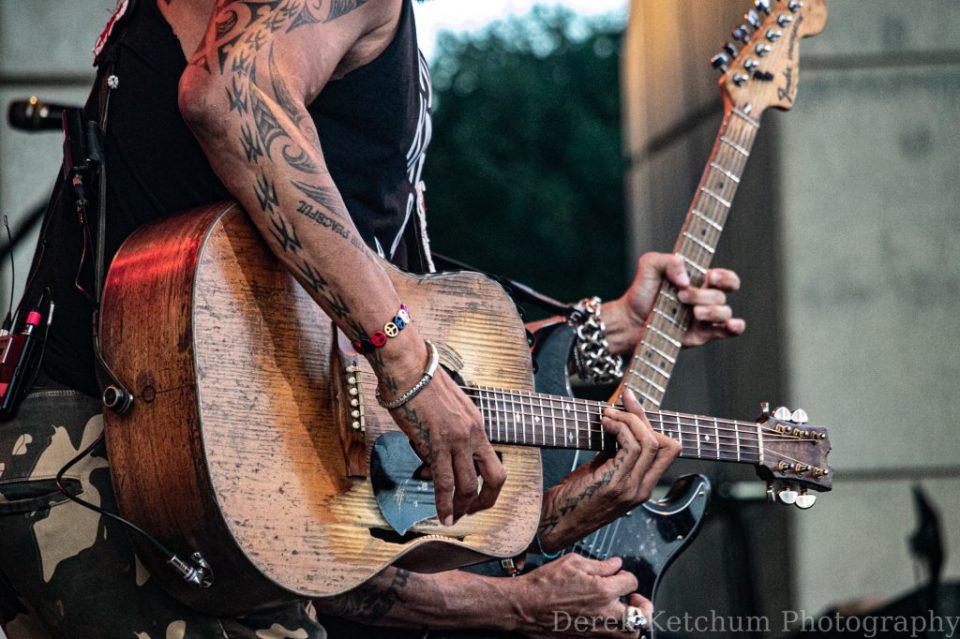 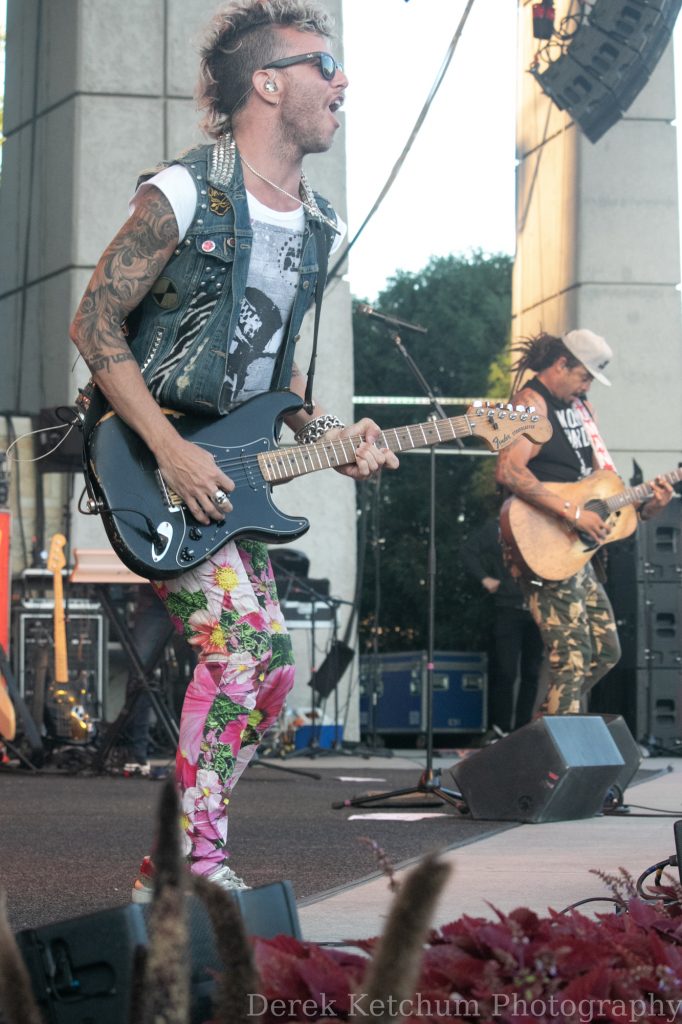 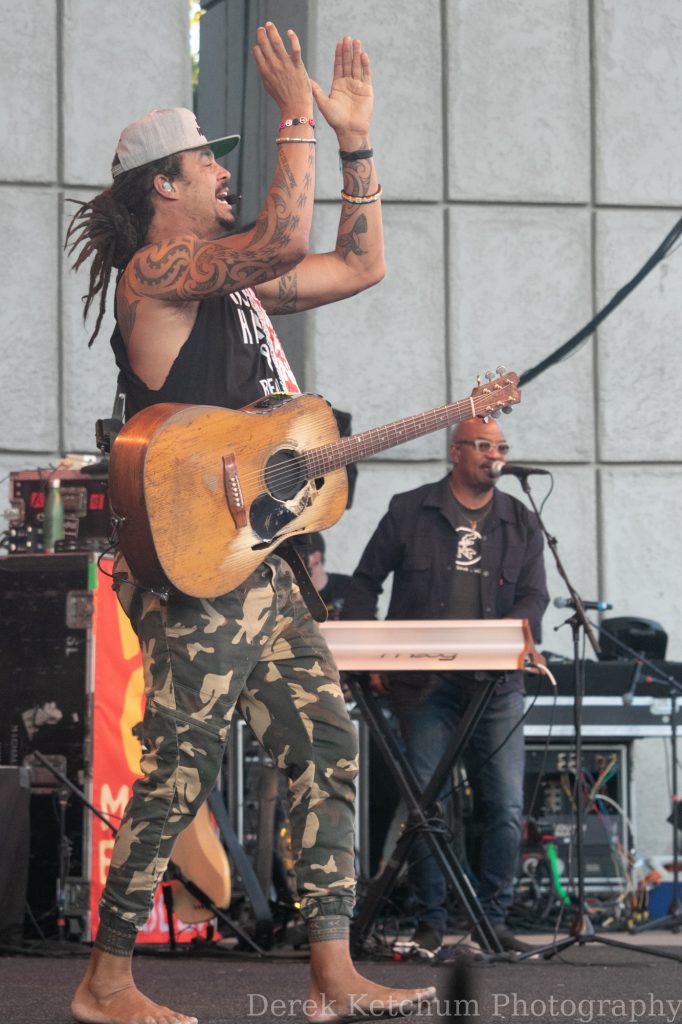 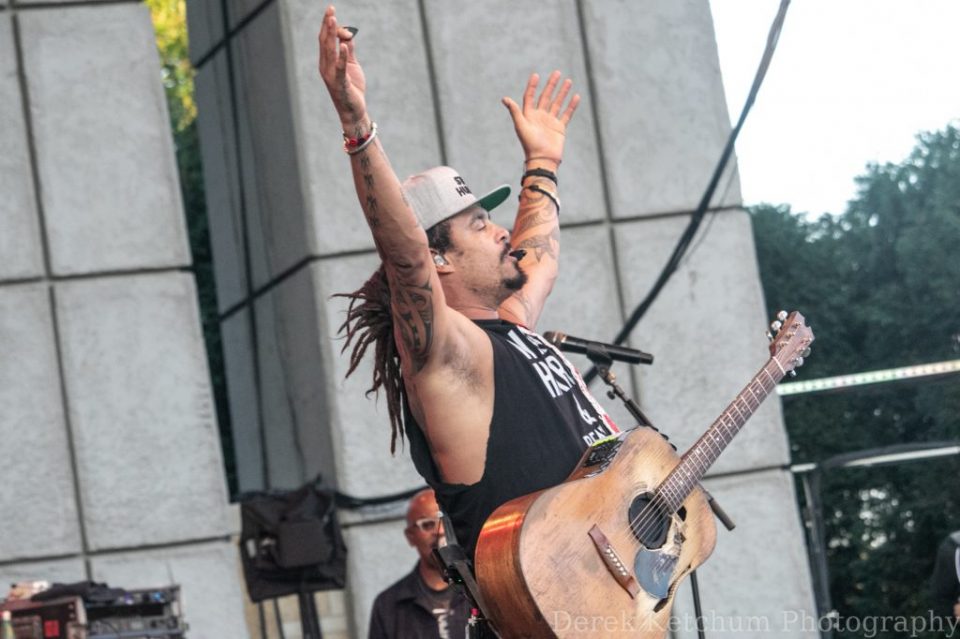 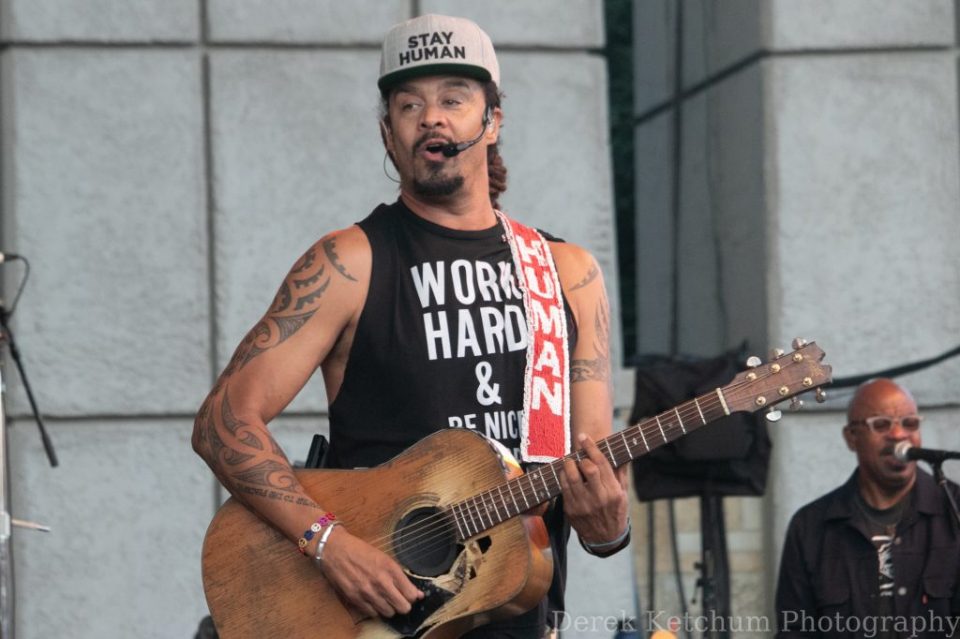 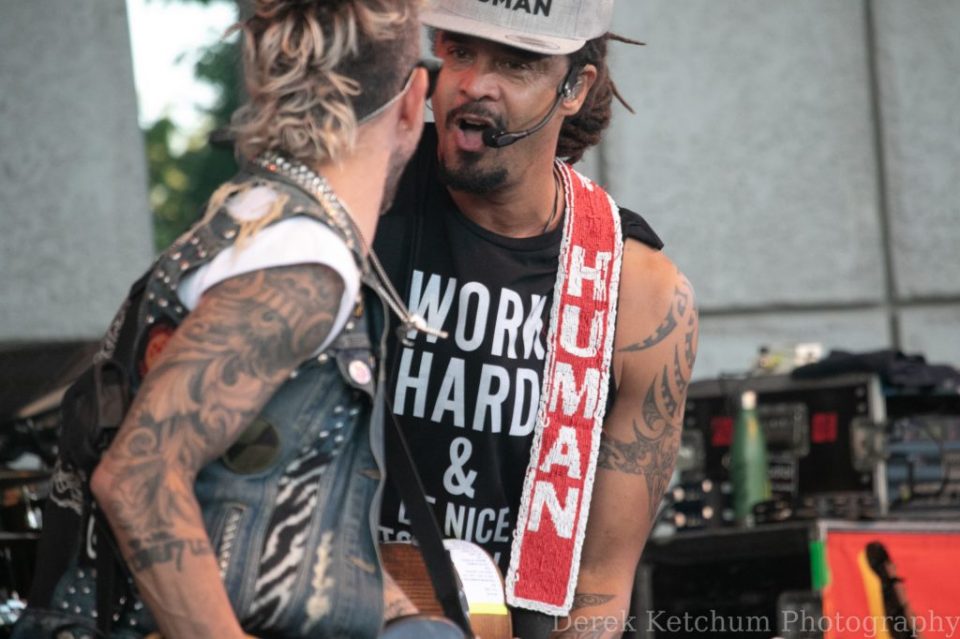 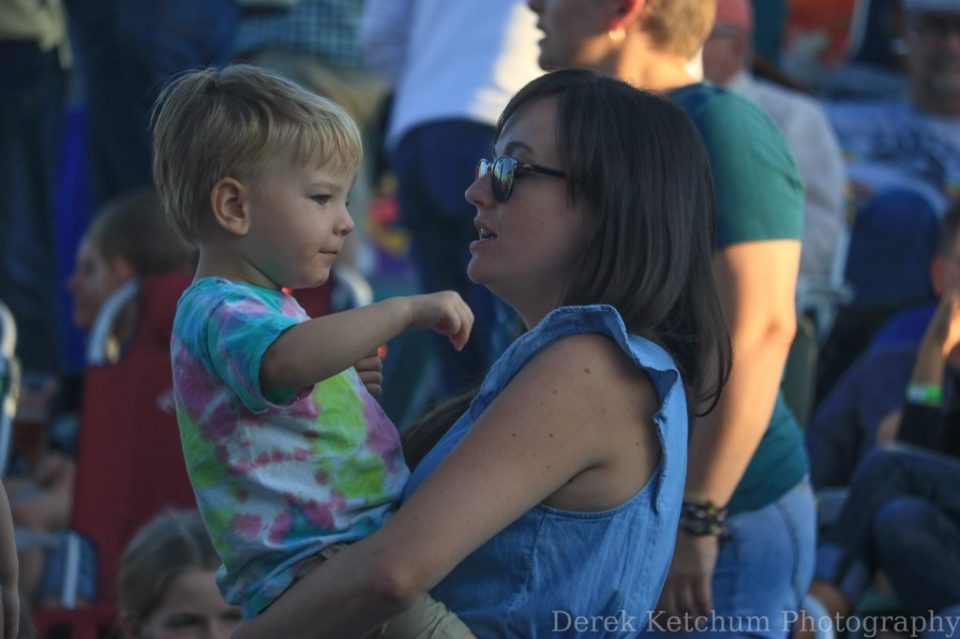 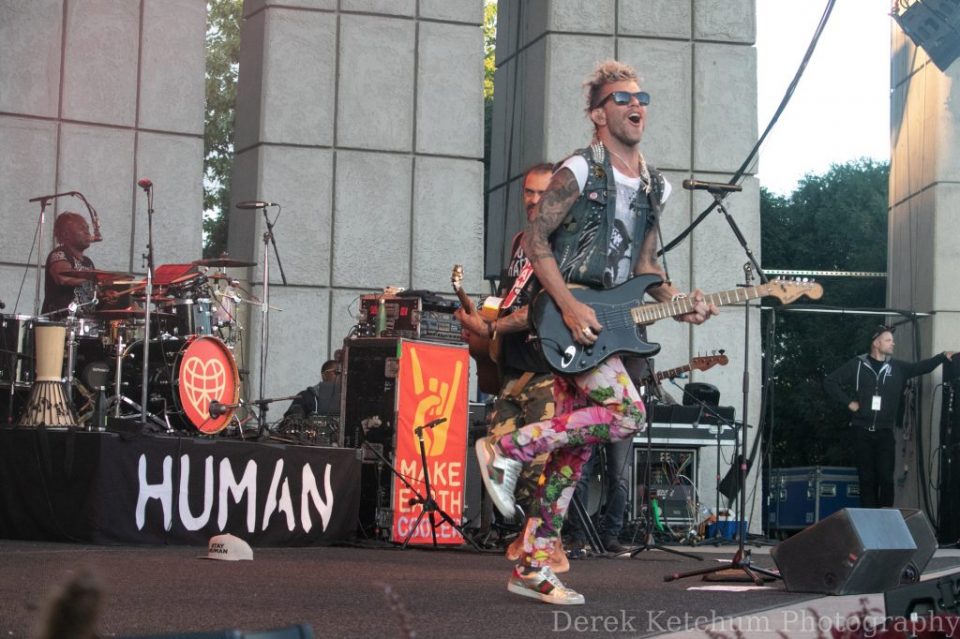 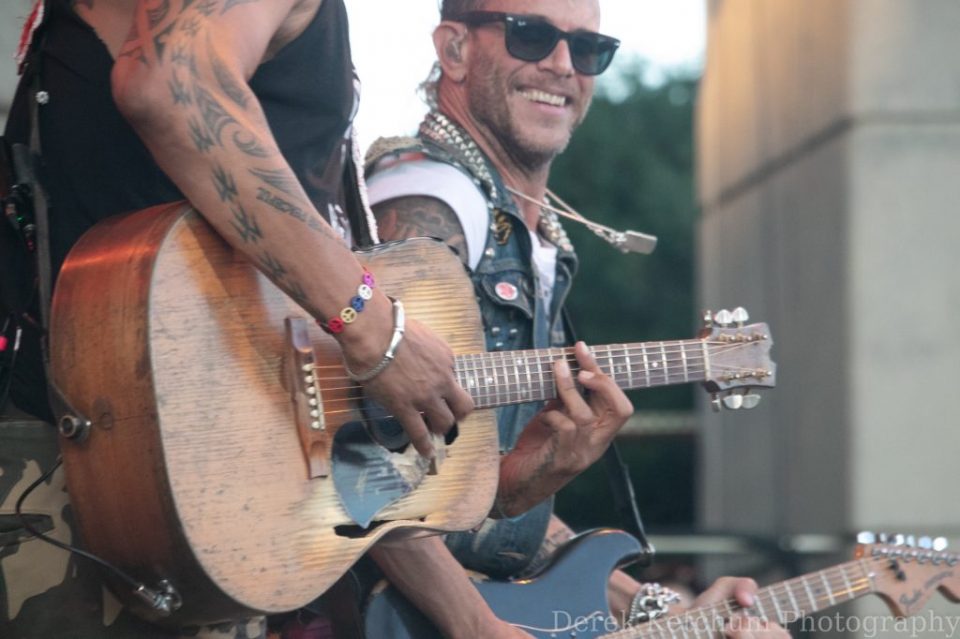 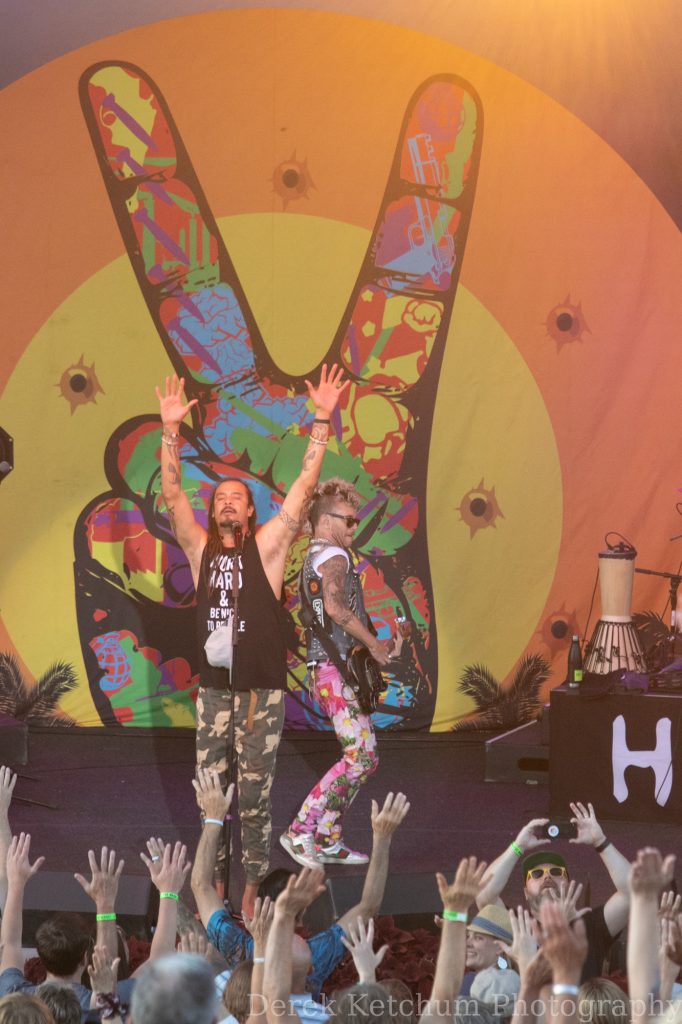 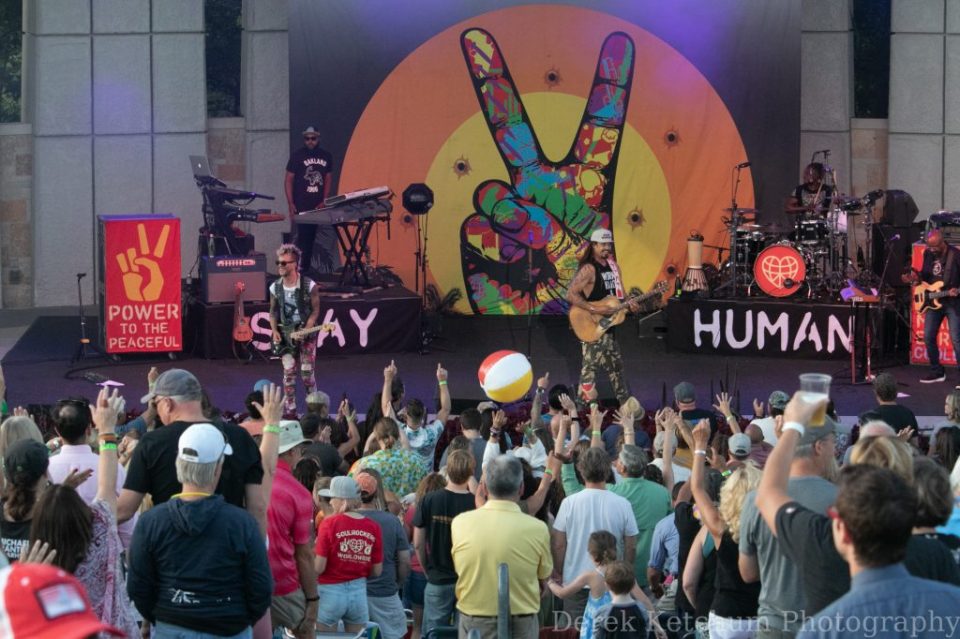 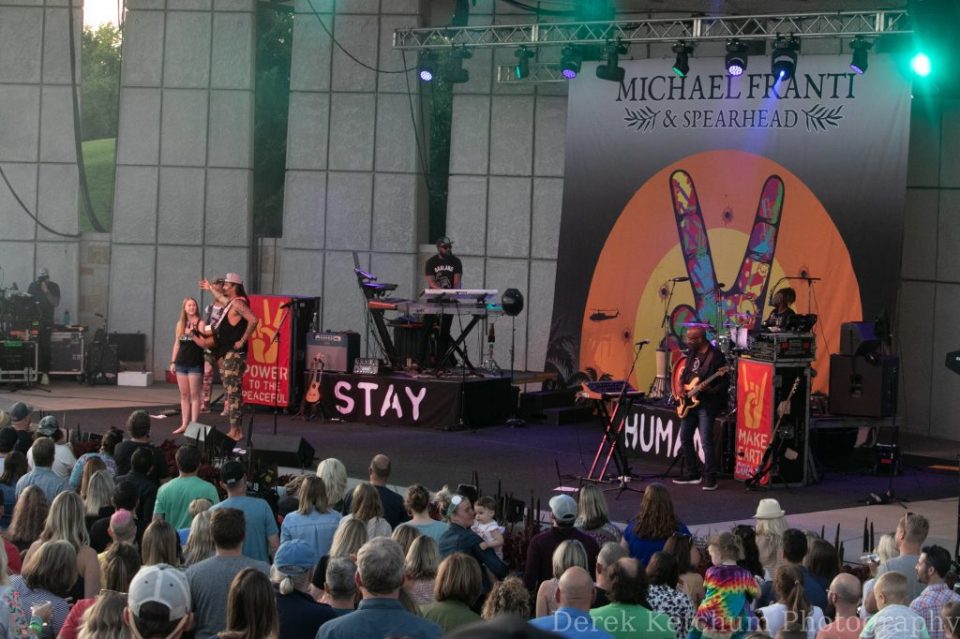 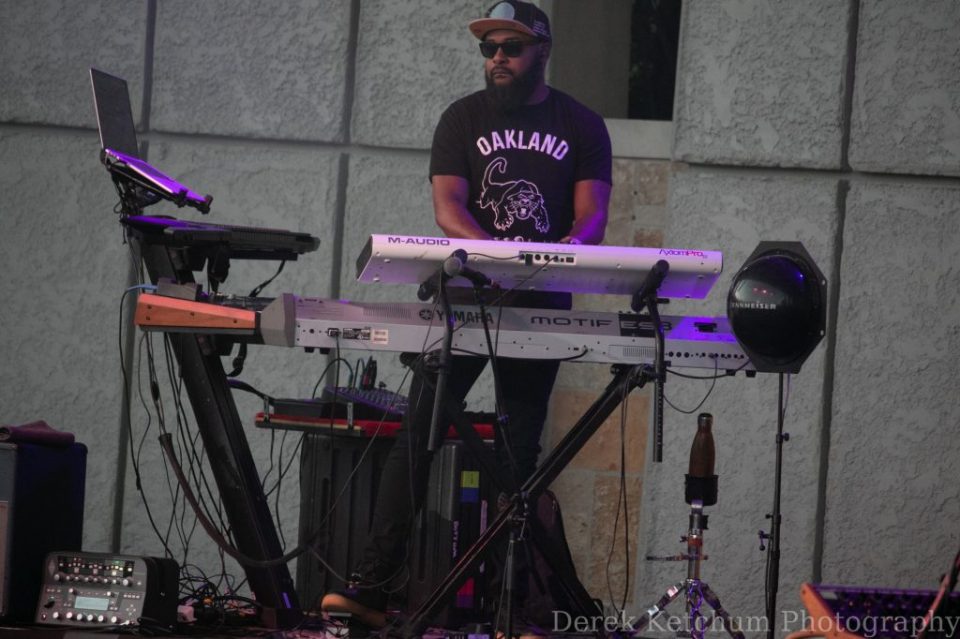 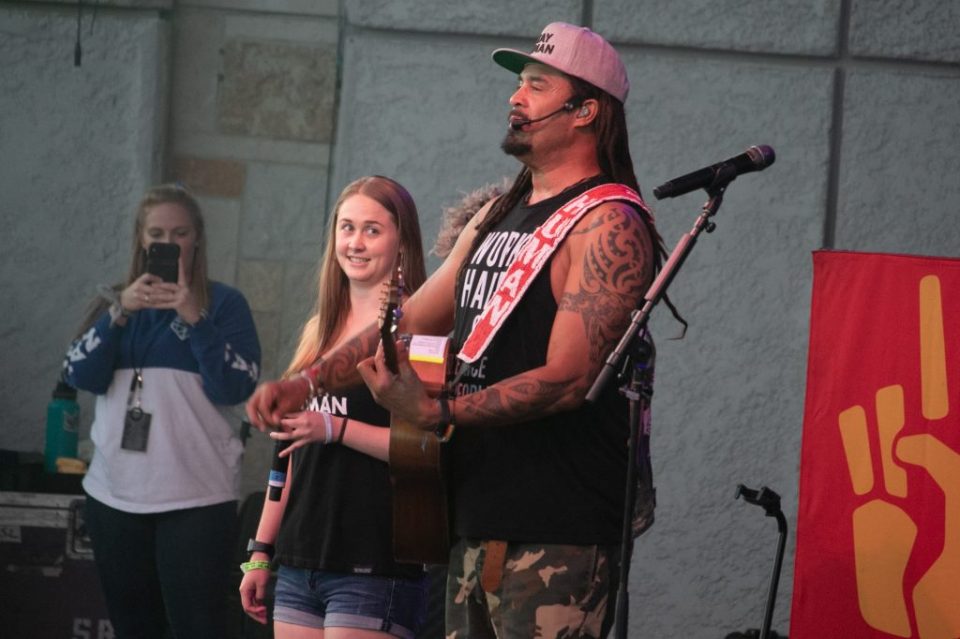 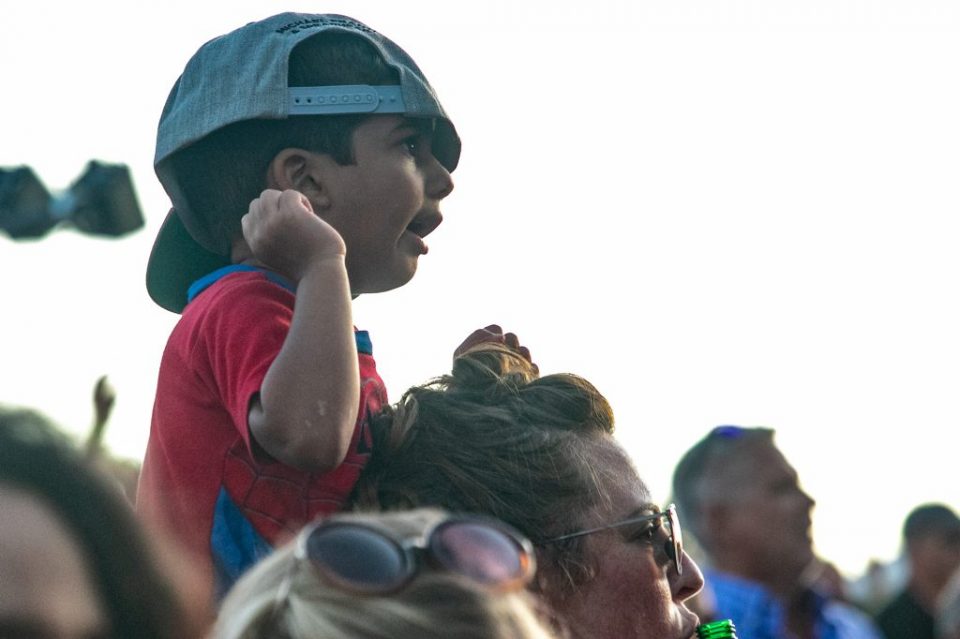 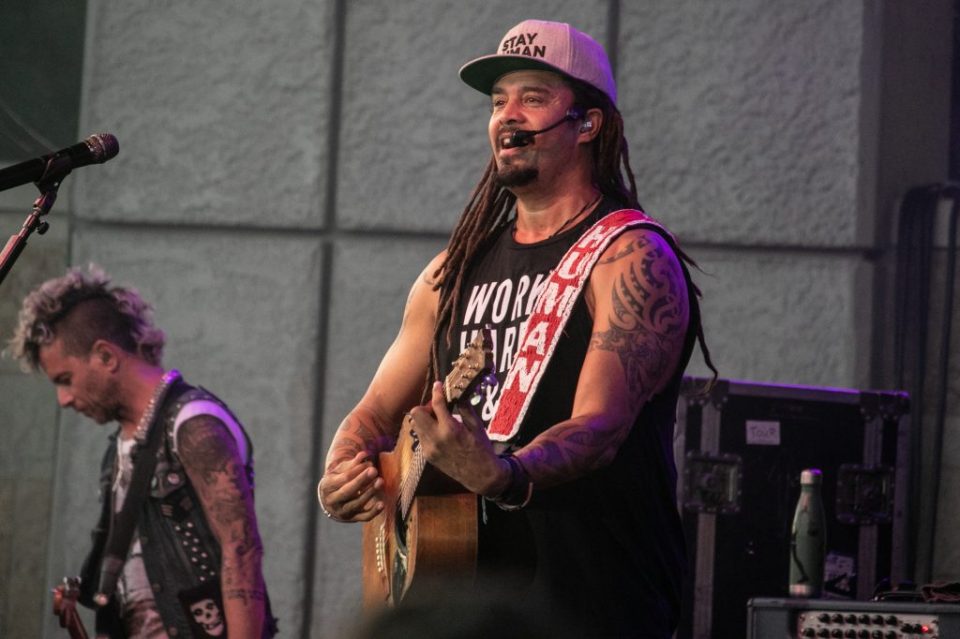 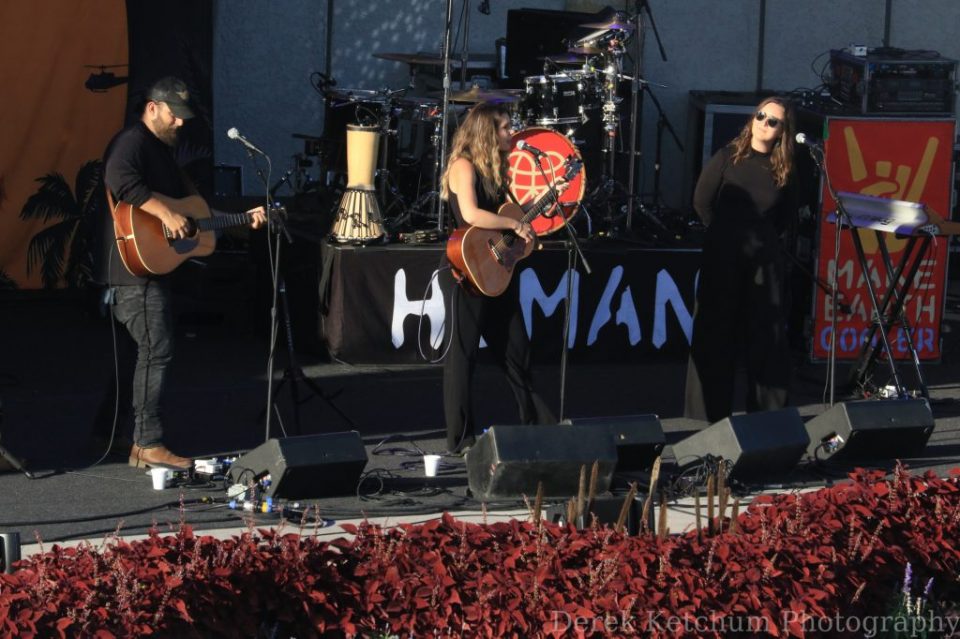 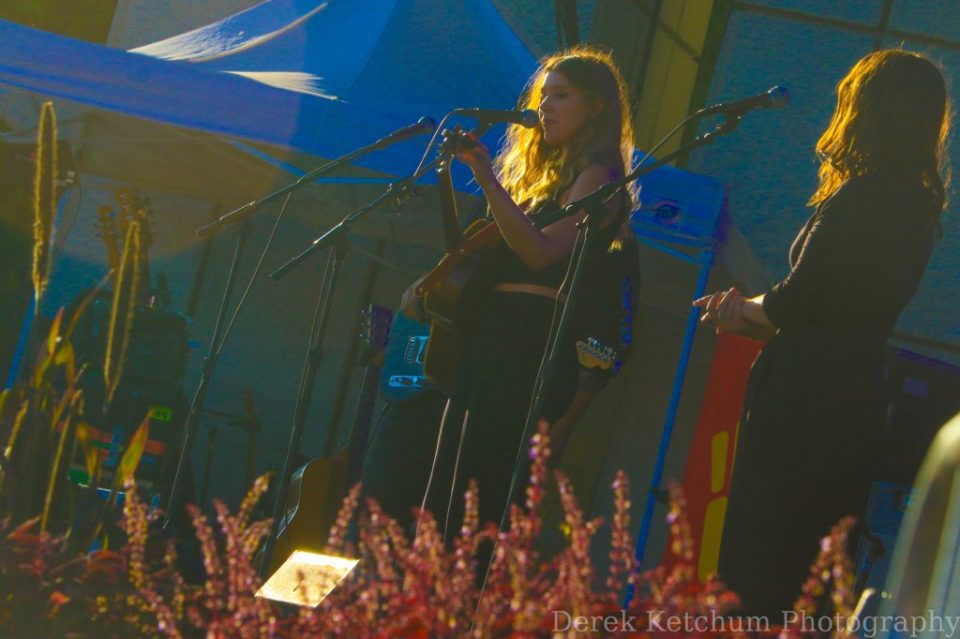 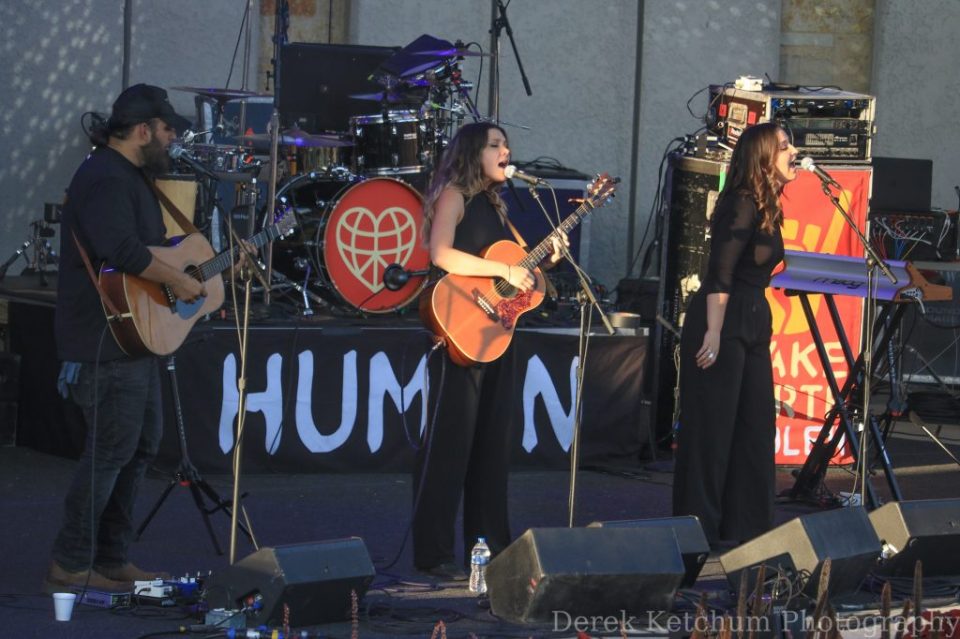 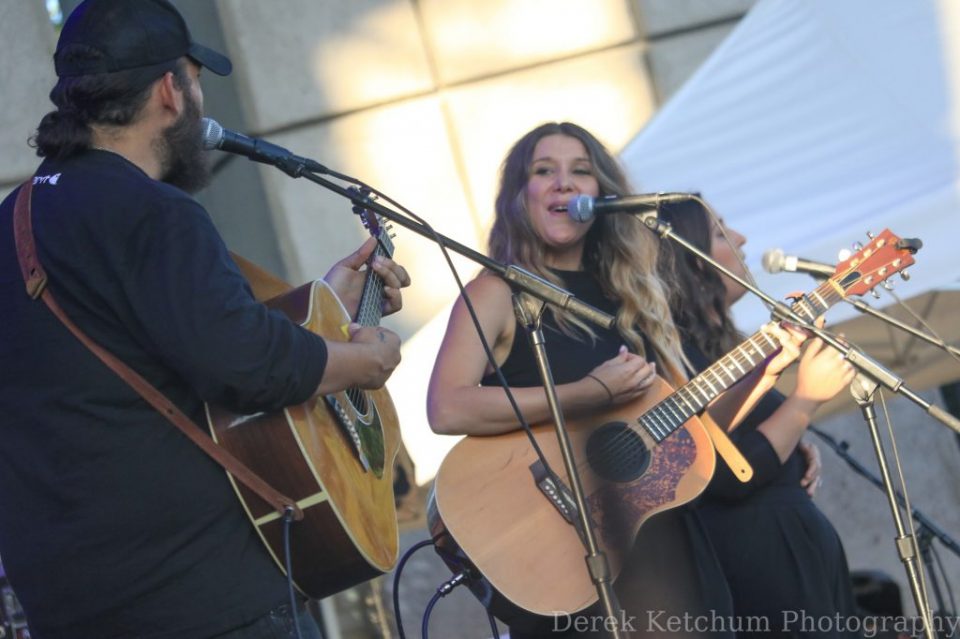 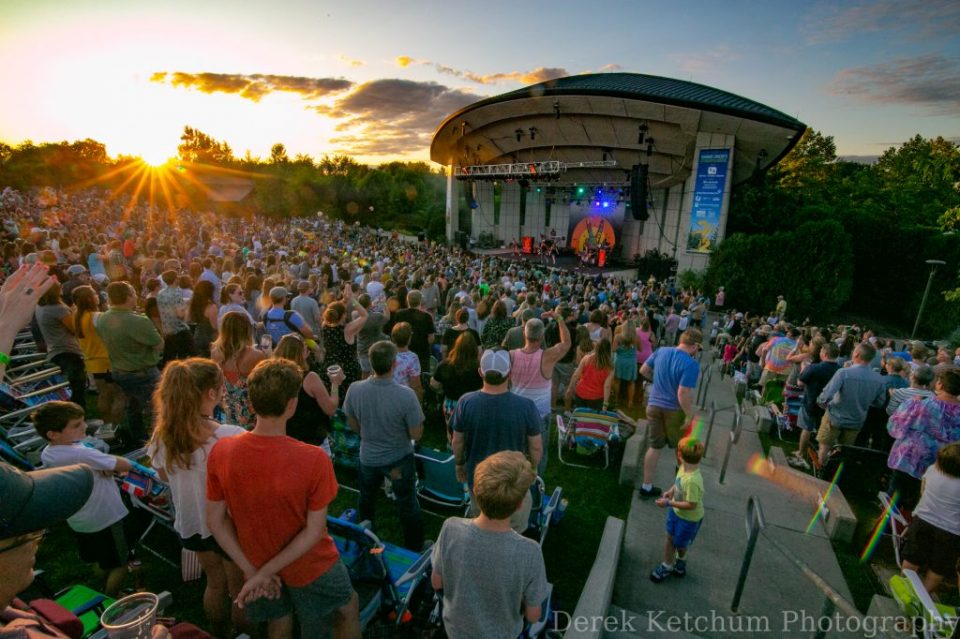 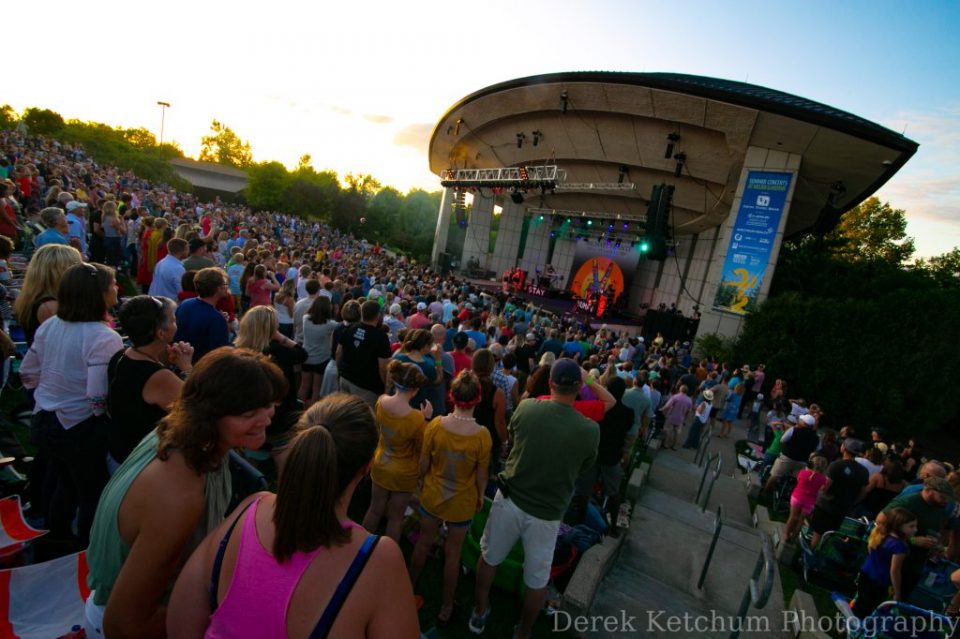