Wednesday’s return of the iconic heavy metal band offered up extraordinary visuals and thundering renditions of classics such as “Master of Puppets,” “One” and “Sandman.” 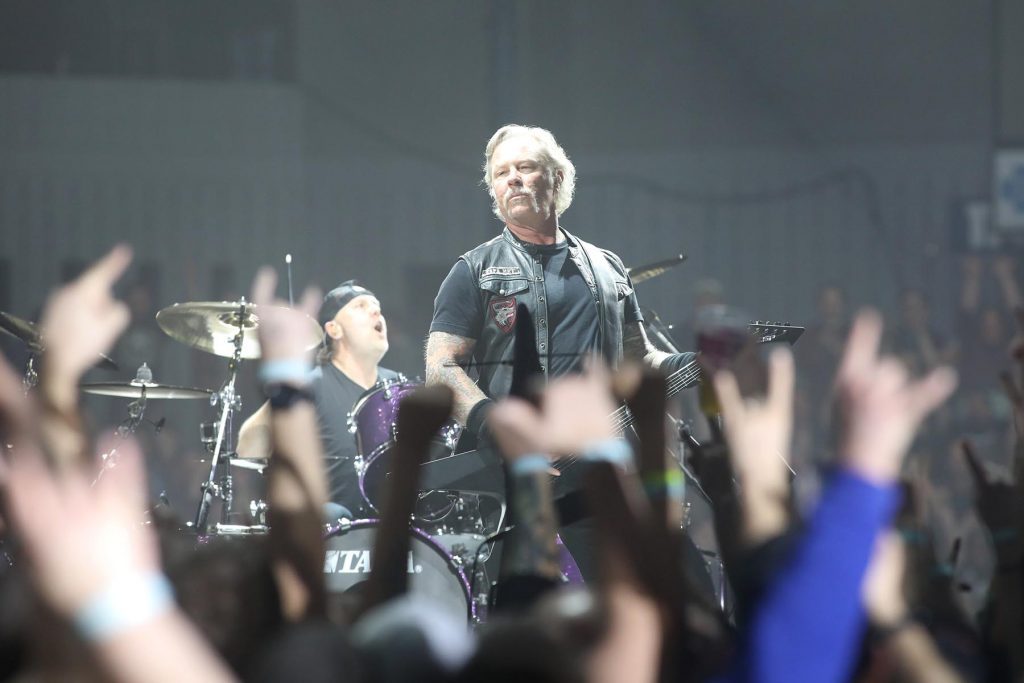 “Master of Puppets” is a song that transcends mere hearing, listening or even music itself, and becomes a full-blooded experience — like a memory of a great dramatic journey that’s an essential part of you.

We pay a lot of money, sometimes for what may not be the greatest seat, to be in the same room as these songs while they’re being played, to further integrate them into ourselves. It’s what separates more cynical enterprises from a band with true endurance and a desire to make live concerts memorable and meaningful. What other rock artists remain who can do that? The Stones? Pearl Jam? Springsteen? Anyone else? 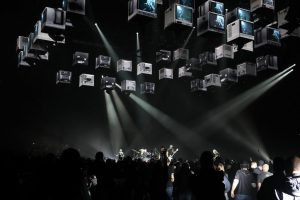 Of course, we also pay for the presentation, which must be extraordinary. For Metallica, that’s par for the course. Wednesday, the biggest metal band in history returned to Grand Rapids’ Van Andel Arena for the first time since 2009, once again playing in the round, once again making most every other arena spectacle with a big LED wall backdrop look as lame as a geriatric donkey.

And it’s not just about pyro and pedestals. A series of cubes with LED screens hanging over the square stage showed everything from vintage footage to abstract imagery and even bizarre cartoon animals; they were raised and lowered independently so they could be arranged in a variety of patterns, to often stunning effect.

Visually, the highlight was “Moth Into Flame,” when a series of mini-drones lit with single white lights rose from the stage and buzzed like fireflies, sometimes forming a trio of spinning interlocked rings. Ever since the late ’80s, when a massive “Lady Justice” was assembled and destroyed during the set, and in the ’90s, when the stage featured a “snake pit” in the middle for lucky fans to watch with unprecedented intimacy, Metallica’s productions have gone above and beyond the simple explosive trappings you may expect from a band that plays primarily loud, hard and fast heavy metal.

Musically, Metallica is still sturdy but not exceptional live, especially within the boundaries of its complex material. But nobody’s complaining. “Creeping Death” still thundered into rousing crowd chant-alongs, and the steely mid-tempo riffs of “Seek and Destroy” offered a thrilling display of frontman and rhythm guitar hero James Hetfield’s titanium right hand.

The 18-song, 135-minute, single-encore set was heavy with tracks from the 2016 album, “Hardwired… to Self Destruct,” in its first half, as well as hits “The Memory Remains” and “Unforgiven.” It picked up thrilling momentum with an endearingly loose run through “Phantom Lord” — a rare live gem! — and “Fuel,” which prompted towering flames to shoot out of the stage on all sides of drummer Lars Ulrich’s kit, situated center stage on a shallow, rotating pedestal. 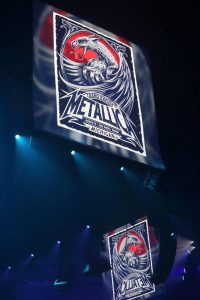 A Banner Night: The official poster for the Grand Rapids show. (Photo/Jim Hill)

Notably, Hetfield has transformed from a playful and profane barker to an earnest uniter of people and speaker of affirmations. A lengthy stage rap was an appreciation for fan loyalty, playful but meaningful, shoving aside politics and other divisive baloney to remind everyone why they were in the room that evening. He joked about age, chatted with a 10-year-old girl in the front row and even apologized for dropping the F-word.

He then said it was time to get heavy. And so it was: the lumbering down-tuned march of “Sad But True” segued into the somber-to-scorching “One” which merged into the impeccable “Master of Puppets,” and the evening was officially epic.

Apocalyptic dirge “Blackened” kicked off the three-song encore amid sideways riffs within labyrinthine arrangements; said rager was followed by the band’s simplest, gentlest song, “Nothing Else Matters,” for Hyde-and-Jekyll dynamics.

“Enter Sandman” capped the show, because of course it did. And even though the song is ubiquitous and well-worn, it still features That Riff, a couple chords and a sliding lick that will outlive us all. And That Riff is still played with the passion and energy that fans deserve.

Oddly, the evening featured no opening act, although stand-up comedian Jim Breuer acted as host, amping up the crowd with jokes and a spot-on Lars Ulrich impression, and leading sing-alongs to classic metal tracks. Frankly, it didn’t really work. 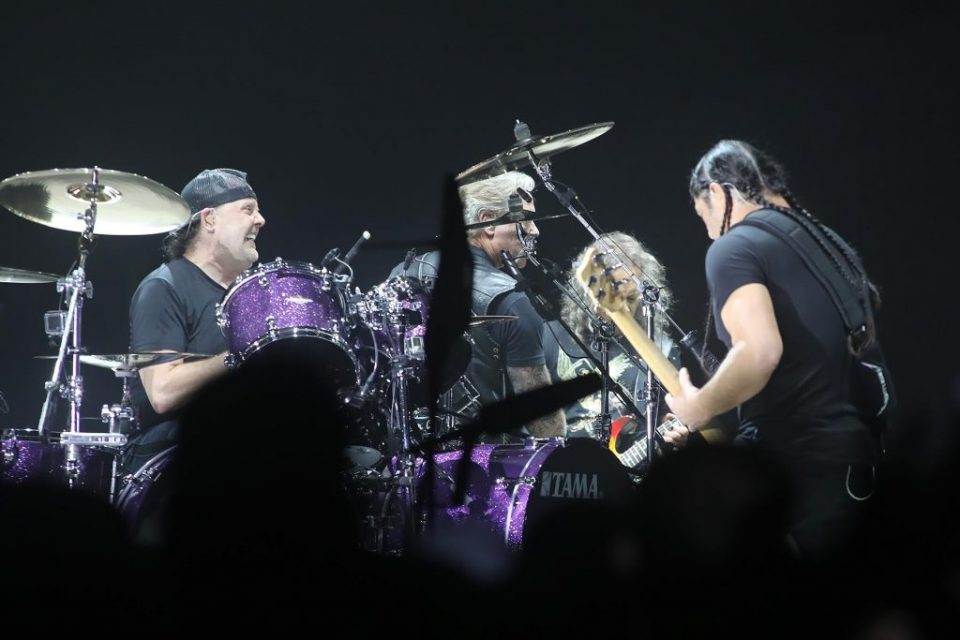 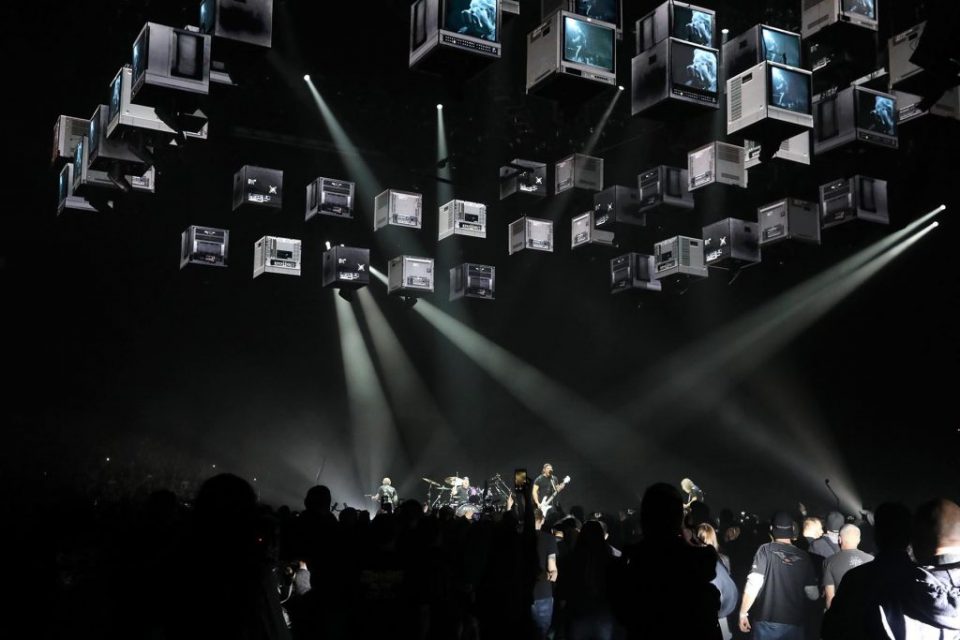 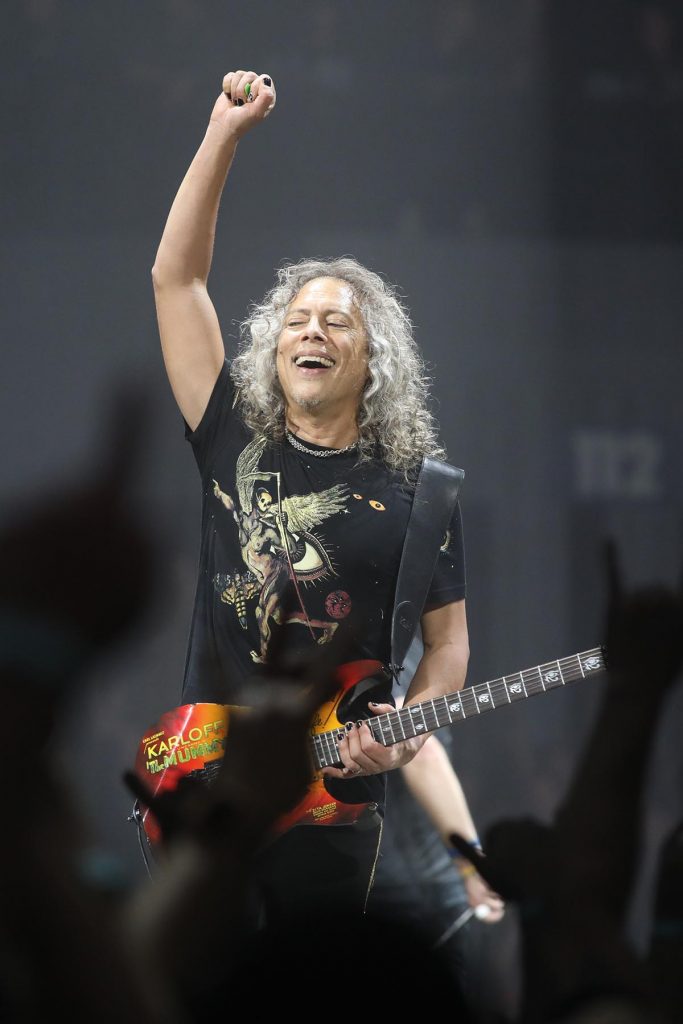 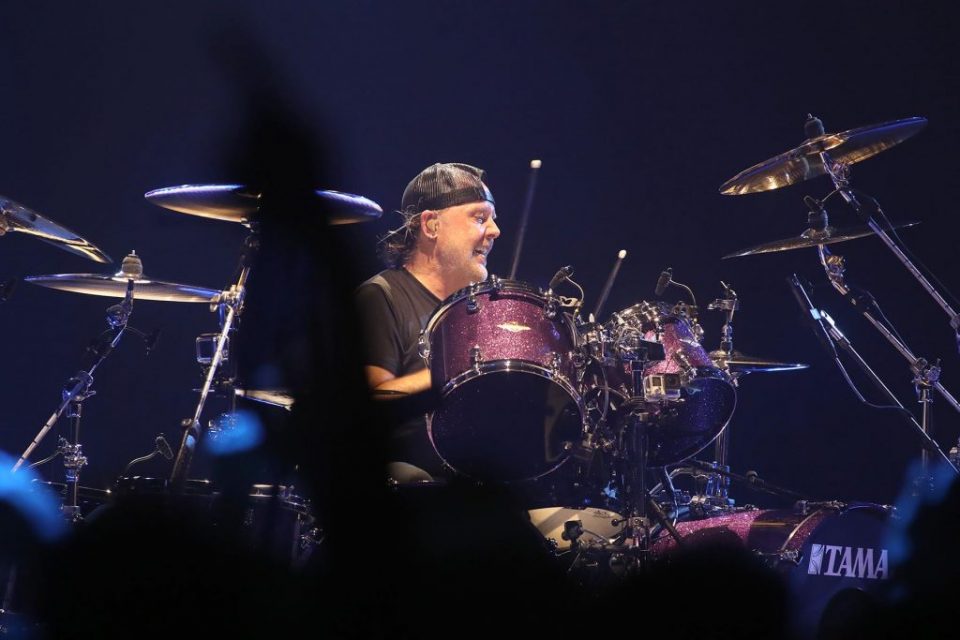 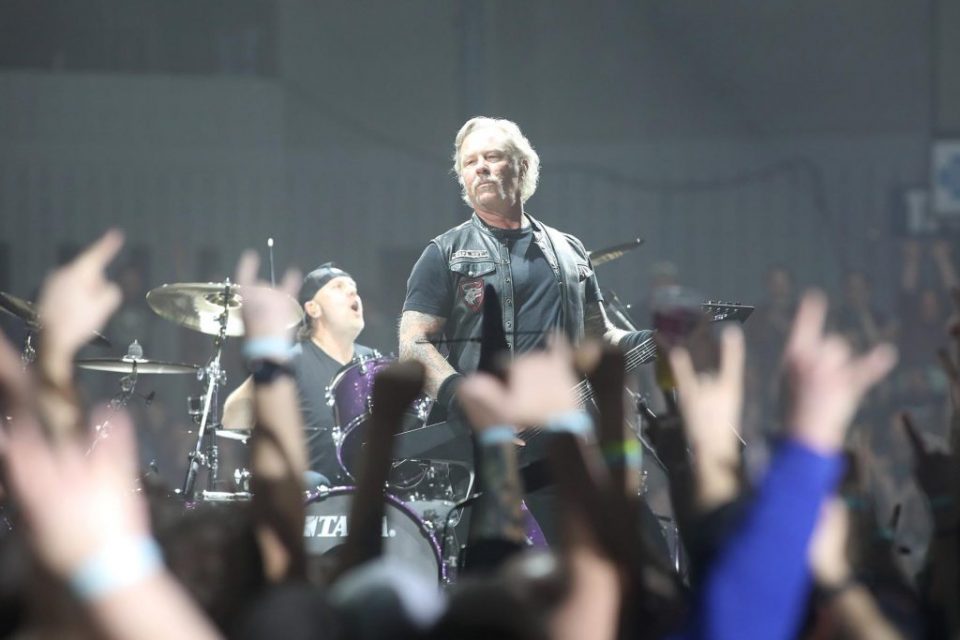 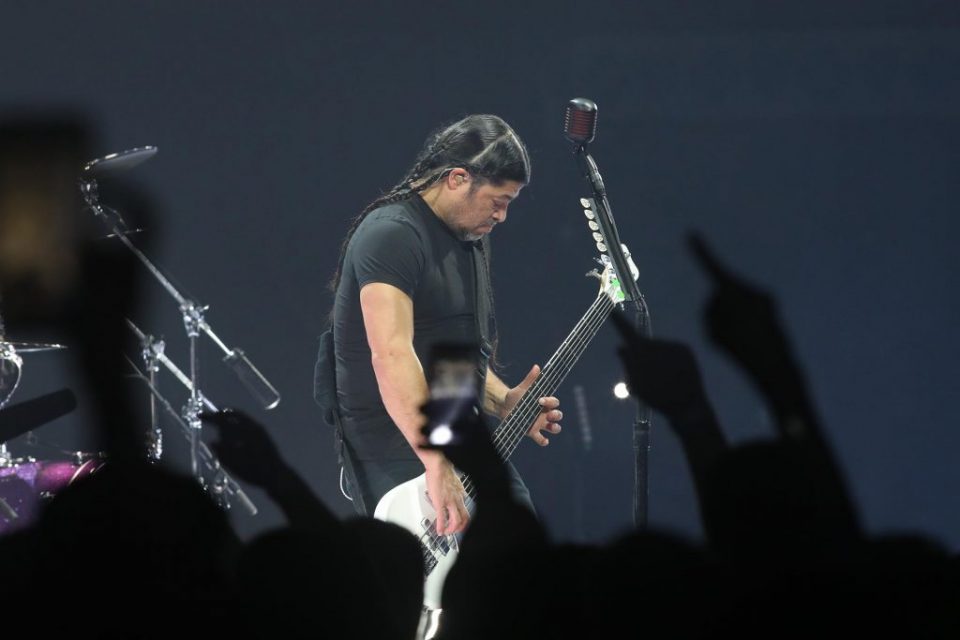 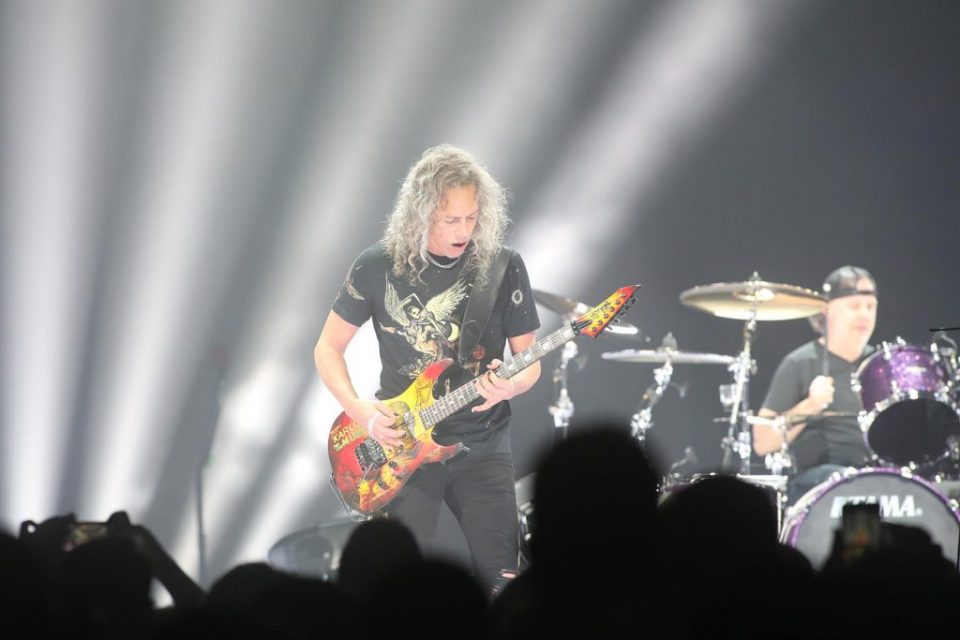 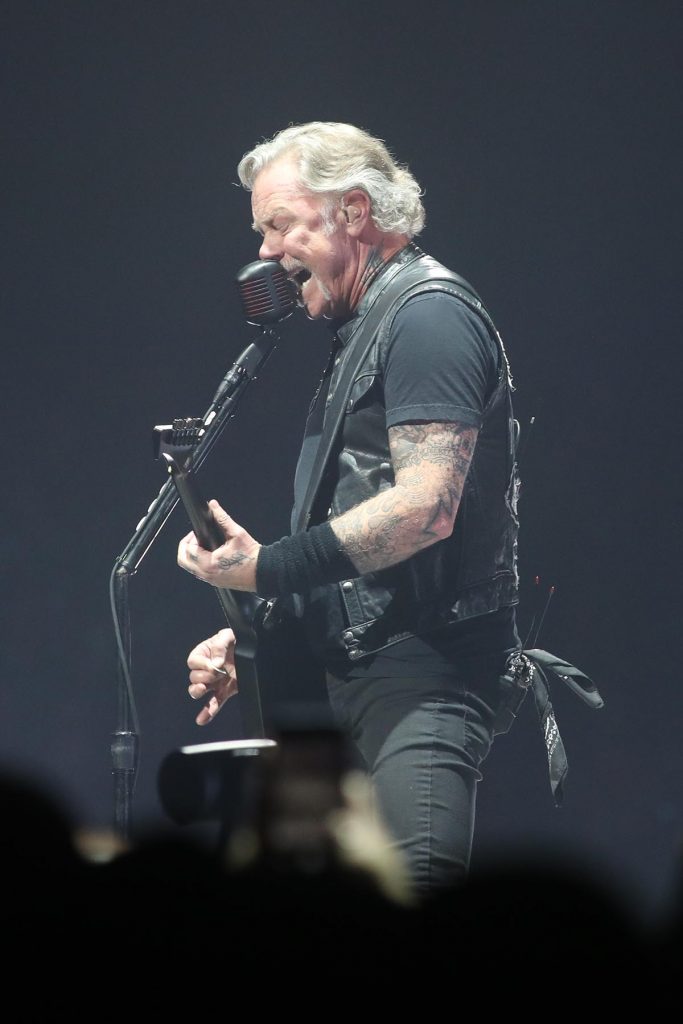 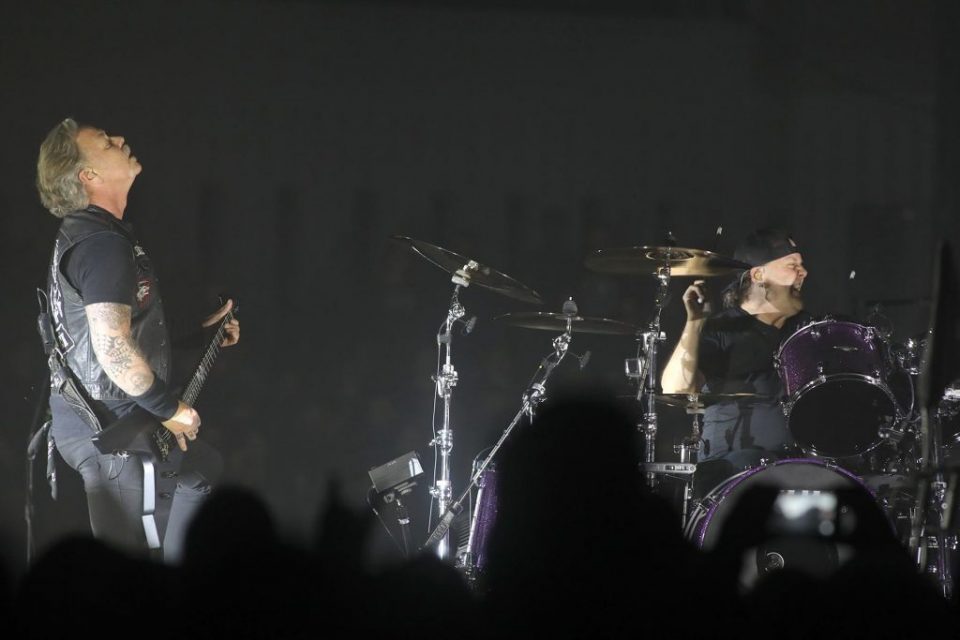 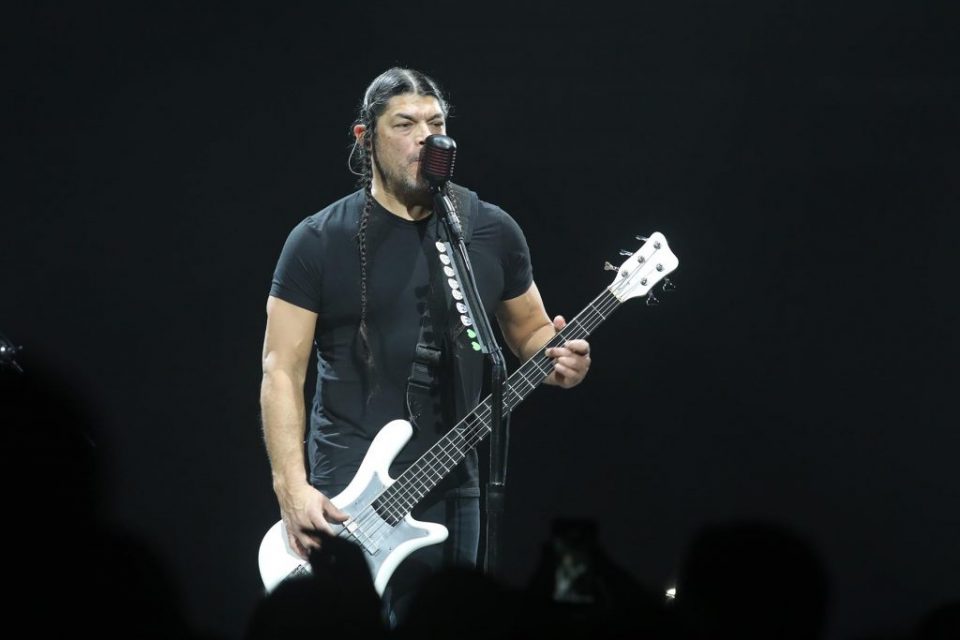 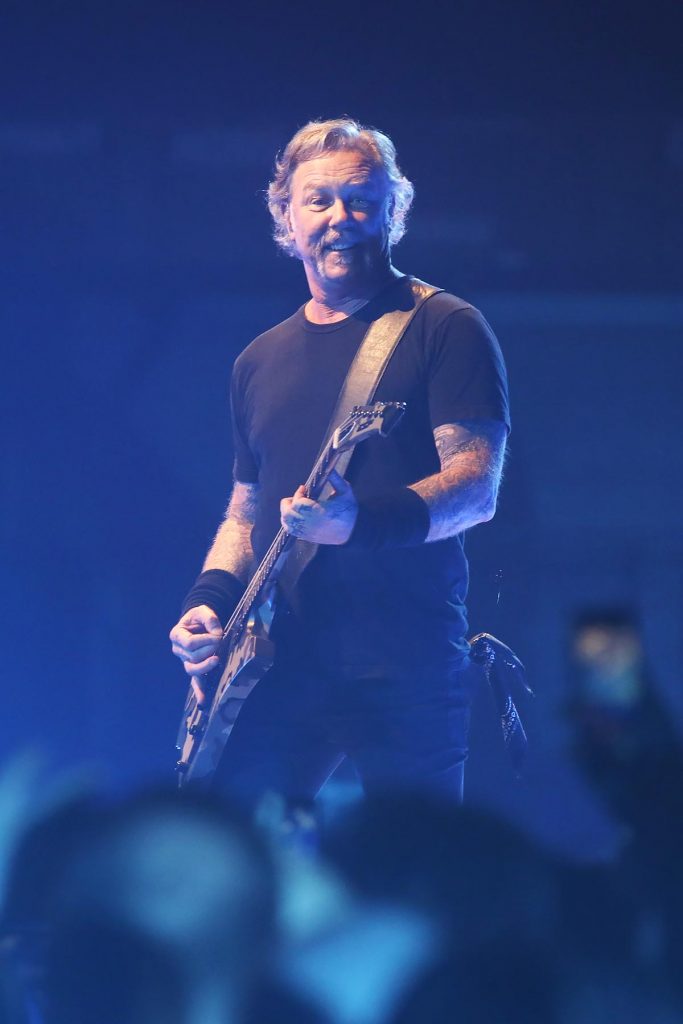 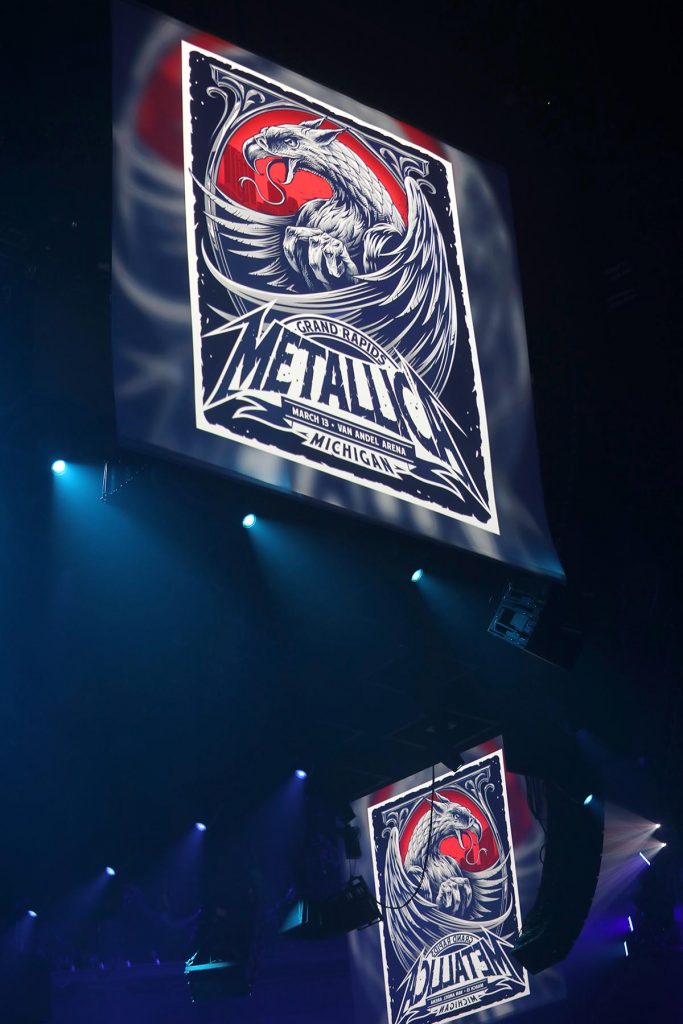