Michigan’s songbird shared thoughts on her fun new studio album and finding peace in a pandemic while debuting a new single for Local Spins on WYCE, which also showcased fresh tracks by other regional artists. 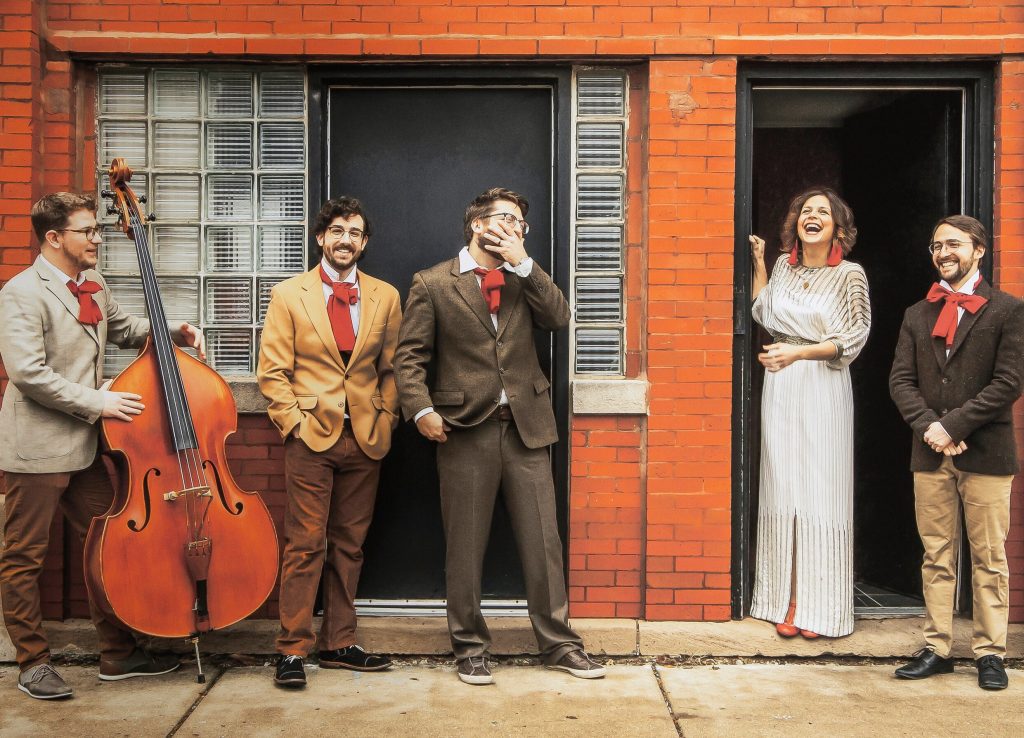 Inspirational Moments in the Recording Studio: May Erlewine and the album crew from “Anyway.” (Photo/Michael Goss)

For northern Michigan singer-songwriter May Erlewine, the universe is full of extraordinary, spellbinding and resplendently textured music to explore.

“I’m just like a slave to the muse in my life. I really just go after whatever is creating a spark in me,” the Traverse City singer said of her songs and recordings that have delved into folk, country, R&B, pop, dance music and more over the years. 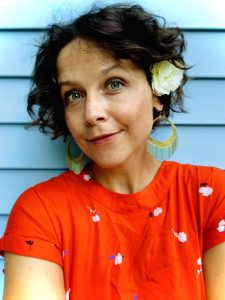 “I really value whatever that voice is. To me, it’s just about following … that creative energy and trying to find what’s going to make me inspired to do something.”

So not surprisingly, Erlewine – who collaborated on a new, harmony-filled Sweet Water Warblers studio album released early this year – has immersed herself happily in yet another fresh recording project with a distinctive vibe.

“It’s been a really fun one,” she conceded, noting much of the “gentle” music flowed from “feel-based moments” in the studio with musicians she hadn’t worked with before. “It was a really collaborative process.”

After releasing the first single, “Days Go By,” from the project on July 3, Erlewine debuted the album’s second song – the “Anyway” title track – for this week’s edition of Local Spins on WYCE. Scroll down to listen to the full radio show podcast, with the new single and a promo video for the album here.

Erlewine and Goss worked together for the first time on her 2017 album, “Mother Lion.”

“We just had a really strong musical connection and noticed that we had a certain sensitivity to sounds,” Erlewine explained. “Woody expressed wanting to collaborate to produce songs that were more freed up, where things weren’t so calculated.

“We both love music that has a free and easy feeling to it. We had some reference tracks of what we wanted it to sound like, but we didn’t actually know what it was going to be. We just wanted to show up and create music together.”

The album – set for official release on Aug. 14 – saw Erlewine writing lyrics for music composed by Goss, something she’s never tried before. 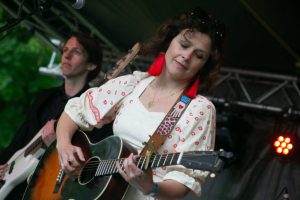 ‘A Time of Reflection’: May Erlewine has found respite in nature. (Photo/Derek Ketchum)

They also assembled what they described as a “wrecking crew” of talented musicians for the project at Rax Trax Recording in Chicago: keyboardist Ben Joseph, drummer Packy Lundholm, bassist Andrew Vogt and Goss, also on keyboards.

“We all showed up and spoke to each other through these songs,” Erlewine said. “We just came together and created. Each song only got a few takes and we were all present in the notes and feeling free in the music together.”

The new album comes amid what Erlewine conceded has been a “hard and scary” time period for musicians due to the COVID-19 pandemic and the resulting concert cancellations.

“It’s confusing to be sure,” said Erlewine, who has embraced live-stream performances even though it’s meant “a big learning curve with technology and learning how to feel connected” with her fans.

“It’s been a very interesting time – both challenging and rewarding. I canceled all of my shows since March and don’t imagine I’ll be back on stage until next summer, if I’m being really honest with myself. There are so many unknowns, my team is just taking it one day, week, month at a time with the things we know now.”

Still, she insisted she’ll continue to release new music because she’s been “writing a lot” in recent months.

Beyond crediting her team and the state’s music community for the support and nurturing attitude that musicians depend upon during this pandemic, the Traverse City artist has found solace in northern Michigan’s great outdoors.

“For me, being in nature right now has been a huge place of respite,” she said, noting she’s even taken up birding again.

“Not being able to be with others, there’s some sort of community feeling of even being out in nature that feels really comforting for me. It is a time of reflection.”

The July 15 edition of Local Spins on WYCE – which showcases Michigan music at 11 a.m. Fridays on WYCE (88.1 FM) and online at wyce.org – not only featured the debut of that May Erlewine single but fresh tracks by Earth Radio, xRBG, Shadow Forest, Barrel Bones and Tom Hymn, as well as music from Pretoria, Paradise Outlaw and Jacob Sigman (this week’s musician’s pick by Erlewine). Listen to the radio show podcast here.