For the third year in a row, a new album featuring singer May Erlewine has jumped to the top of the Local Spins Hot Top 5 chart at WYCE-FM, with Borr McFerrin and Jack Droppers making their first appearances. 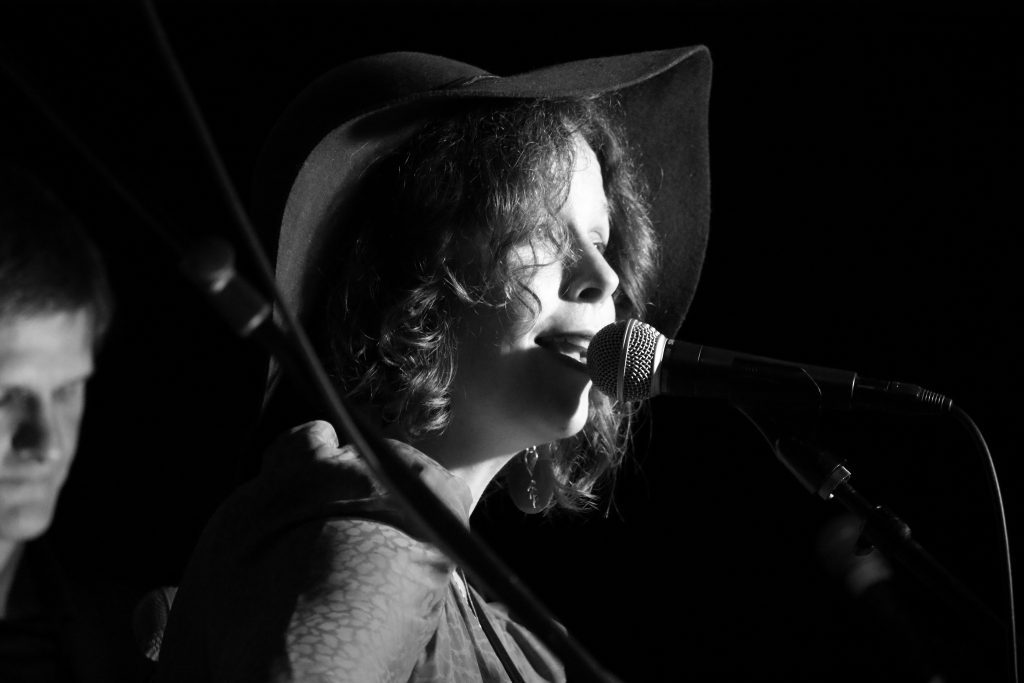 Much-beloved Michigan singer-songwriter May Erlewine literally owns the end of the year — every year.

For the third year in a row, the northern Michigan folk/Americana artist dubbed “Michigan’s songbird” has soared to No. 1 on the Local Spins Hot Top 5 Chart with a new album. 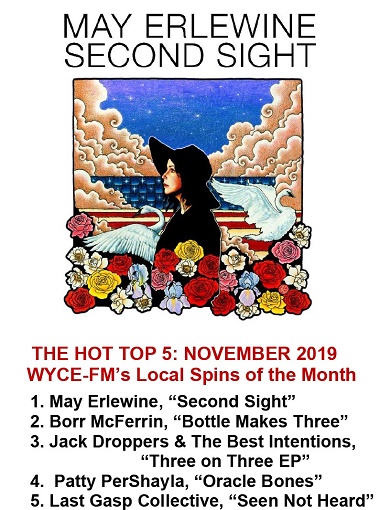 Two of the five entries are new to the November chart.

In November and December 2017, Erlewine’s “Mother Lion” held onto the top spot on the chart that reflects the local and regional albums getting the most airplay at community radio station WYCE (88.1 FM), which later awarded the singer with album of the year honors at the 2018 Jammie Awards.

Last December, the “In the Night” EP from May Erlewine & The Motivations soared quickly to No. 1 on the Hot Top 5 Chart, with the album later snagging best contemporary folk album honors at the Jammie Awards.

Filling out the Hot Top 5 were Grand Rapids singer-songwriter Patty PerShayla’s “Oracle Bones” (October’s No. 1 album) and Kalamazoo hip hop/soul ensemble Last Gasp Collective’s “Seen Not Heart” (October’s No. 2 album). Erlewine jumped from the No. 3 spot in October to No. 1 in November.

Check out a Local Spins review of “Second Sight” and listen to songs from the Hot Top 5 via Spotify and videos below.