The special collection of live Manitou Music Festival performances is a testament — and a tribute — to the talents of longtime Traverse City sound engineer Jack Conners, who has been battling cancer. 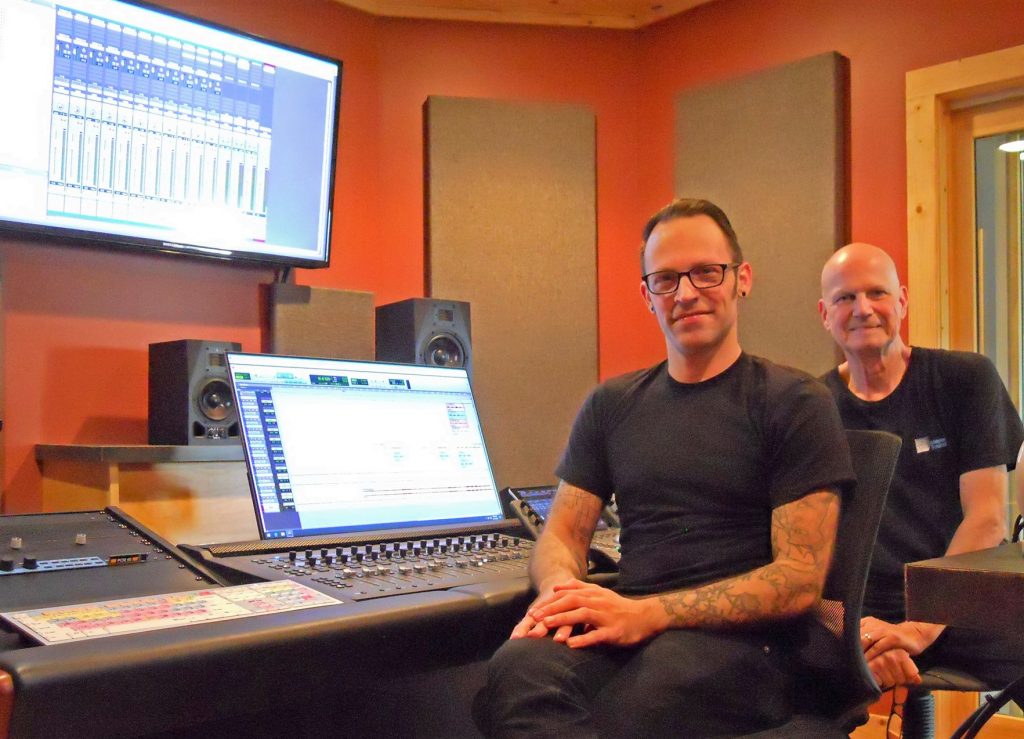 Hearing live music in an intimate setting is always a treat. For many years, the small but enthusiastic audiences at the Manitou Music Festival in Glen Arbor have reveled in the shows there.

Now, they have a chance to relive some of those moments, as do others who never were there in the first place.

That includes local and regional favorites such as May Erlewine, The Crane Wives, Detour and Moxie Strings, as well as international touring groups such as Fullset from Ireland and Scotland’s Tannahill Weavers.

The CD is being sold as a fundraiser for the nonprofit art center, which acts as the host for the Manitou Music Festival. The album compiling performances from the 2013-2018 seasons is $20 and available online here.

Pulling it all together was a labor of love for Jack Conners. For many years, he handled the sound, booked the acts or both for the Manitou Music Series. He got to know the musicians and they got to know him and appreciate his expertise and dedication. 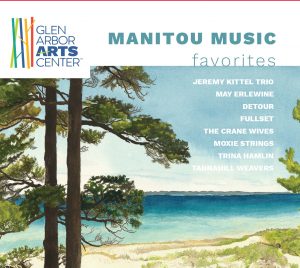 The Album: A ‘greatest hits’ compilation from the Manitou Music Festival.

“We have an extended relationship with the Manitou Music Festival, and Jack has been one of the Crane Wives’ favorite sound engineers,” said Kate Pillsbury of The Crane Wives. “Through him, we always had such a great time.”

Conners also had a special touch on the board.

“It is not often a live performance is recorded that we don’t have at least some minor issues with the mix, particularly how to mix the bagpipes. But he had it perfect the first time, which shows a person who really understands the music,” said Phil Smillie. Smillie plays flute, tin whistles, bodhrán and sings for the Tannahill Weavers, which played the festival in 2018.

“We had no hesitation in agreeing to take part in the recording ‘Manitou Music Favorites.’ People like him are so important to the music, and especially traditional music which is often misunderstood by engineers and producers,” said Smillie, who cofounded the band back in 1968.

“Jack has done a great job there and we were really pleased to be asked to participate.”

The Traverse City-based Conners is a veteran sound engineer and musician. It was his stint at the soundboard for the Manitou Music Festival that led to him taking over working with the artists. When his predecessor retired from booking the acts, Conners was next in line, though he didn’t realize it.

“Peg McCarty (then the GAAC executive director) asked if I knew anybody. It took me a couple days to figure out she was asking me to do it,” said Conners.

Conners grew up across the state in Prescott. He started playing guitar in a band, but instantly felt at home when he moved over to bass (“The bass player wasn’t very good,” he says wryly). He also was the guy with the PA system, and eventually moved to Baltimore where a school there offered a six-week course in recording engineering.

“That’s where I really got the bug,” Conners said. After successfully completing the course, he was offered a job at the studio, often playing bass as well as heading the sessions.

He continued to do live sound, as he’d done throughout his career. “I did shows in Baltimore, Philadelphia – The Commodores, Eddie Kendricks, a lot of black artists around the region,” Conners said.

From there it was on to Nashville, then back to Michigan, eventually landing at Interlochen Public Radio. That’s where he found himself working on a system he’d installed as a consultant years before.

Conners eventually moved to a staff position at Northwestern Michigan College, where he managed Milliken Auditorium, handled sound there and taught students as well. He also booked the artists for the college’s music series.

Today, Conners is retired from most all his outside work. He’s still holding forth at his private home facility, Perfect World Studio, where he teaches in-person and remotely, in both digital and analogue formats, and does some recording work for friends and colleagues.

Unfortunately, his world isn’t perfect. The non-smoker has been battling lung cancer for two years. “I was diagnosed with stage IV lung cancer,” he says. “That was tough.” 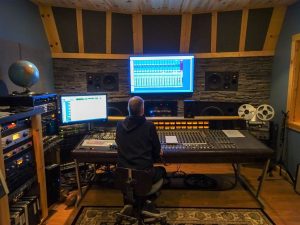 Conners at the Mixing Board: A lifelong passion. (Courtesy Photo)

When he was diagnosed in January 2019, he was told it had spread throughout his body. “It was complicated: tumors in the brain, the gut, bones, virtually everywhere.” He went through a series of treatments, including surgery, radiation and chemotherapy. But it wasn’t until he qualified for an immunotherapy treatment that doctors were really able to arrest the growth of the cancer cells.

“My doctor said he’s never seen anybody who it worked better on. So now I’m maintaining the immunotherapy. I’ll take it,” he says.

His musician friends were only too happy to help with his passion project. “I know Jack has had a tough couple of years,” said Pillsbury. “He’s one of the kindest people I’ve ever been around.”

“We were only in Glen Arbor for one night so we have not had a chance to get to know Jack as well as we would like, but we enjoyed his company and working with him very much. What a great guy,” said Smillie. “As well as being incredibly talented with recording and mixing, he’s just a super-nice positive person.”

Over the years, Conners has worked with various musicians, including drummer Peter Erskine and Bob James, whose quartet he recorded live at Milliken Auditorium, before the two worked on the final product together. “He came over to mix and edit it,” said Conners.

He continues to use his studio for recording and as a teaching tool. “When the pandemic hit, I started teaching online, so I had students every week since last April. I really like teaching. It’s very rewarding.”

Today he continues to work from home while maintaining his battle against cancer. He’s buoyed by the support of his family as well as his many friends and his students. “I’m still always learning from every student,” Conners says.

He typically asked the artists at the festival if he could record the performance, and most agreed. The CD features 17 tracks, including several from the Jeremy Kittel Trio and Trina Hamlin.

So will there be a “Manitou Music Favorites, Vol. 2”? Conners answers with a qualified maybe.