For the second month in a row, the latest albums by May Erlewine and Billy Strings dominated local/regional airplay on WYCE-FM (88.1). See who else made the Top 5 with videos/audio samples of all the artists. 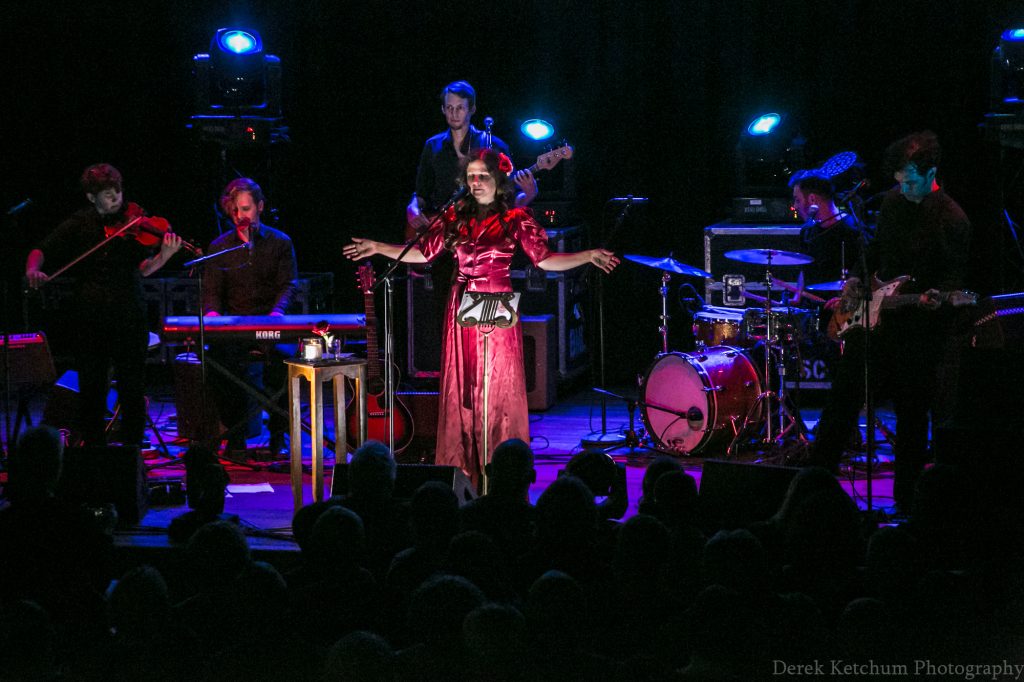 Rocking No. 1: Favorite May Erlewine hits the top spot on the chart for the second month in a row. (Photo/Derek Ketchum)

SCROLL DOWN FOR VIDEOS OF THE HOT TOP 5 ARTISTS

May Erlewine is once again proving her mettle as the reigning queen of Michigan’s indie-folk scene. 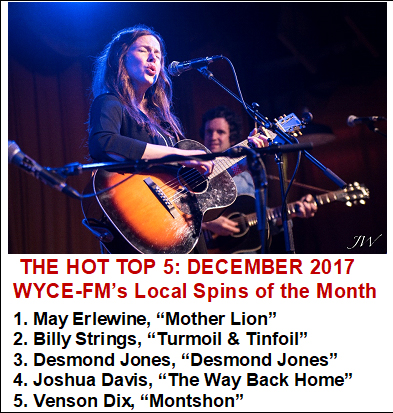 May Erlewine has stayed in the Top 5 three months in a row. (Photo/Jeffrey Wilkinson)

For the second month in a row, the northern Michigan singer-songwriter has snagged the No. 1 spot on the Local Spins Hot Top 5 chart of most-played local and regional albums on WYCE-FM (88.1), with her latest recording, “Mother Lion,” continuing to generate boatloads of positive attention.

And she continues to tour behind the Earthwork Music release with shows this month across the state, including Jan. 12 at The Mendel Center at Lake Michigan College in Benton Harbor and Feb. 11 at the Cascade Township branch of the Kent District Library. She also performs with the Sweet Water Warblers on Jan. 26 at Seven Steps Up in Spring Lake, Jan. 27 at the Dogwood Center for the Performing Arts in Fremont, Jan. 28 at Salt of the Earth in Fennville, and Jan. 29 at Taproot Cider House in Traverse City.

Check out a striking new video for the Erlewine track “Beautiful” below (directed by John Hanson, with DJ Viernes as director of photography).

Erlewine isn’t the only artist with Michigan roots doing a double-take on the Hot Top 5.

For the second month in a row, bluegrass guitar whiz Billy Strings comes in at No. 2 on the Hot Top 5 with his full-length debut solo release, “Turmoil and Tinfoil.”

Grand Rapids jam band Desmond Jones, meanwhile, moves up two slots from November, rolling in at No. 3 for December with its self-titled album, “Desmond Jones.”

New to the Hot Top 5 this month? Traverse City singer-songwriter Joshua Davis’ “The Way Back Home” at No. 4 and Grand Rapids hip hop artist Venson Dix’s “Montshon” at No. 5.


VIDEO: Billy Strings, “Meet Me at the Creek” (Live)