The engaging singer-songwriter deftly managed an unexpected fan on stage during his set and balanced new and old songs at Wednesday’s Meijer Gardens concert. The review, photos & set list at Local Spins. 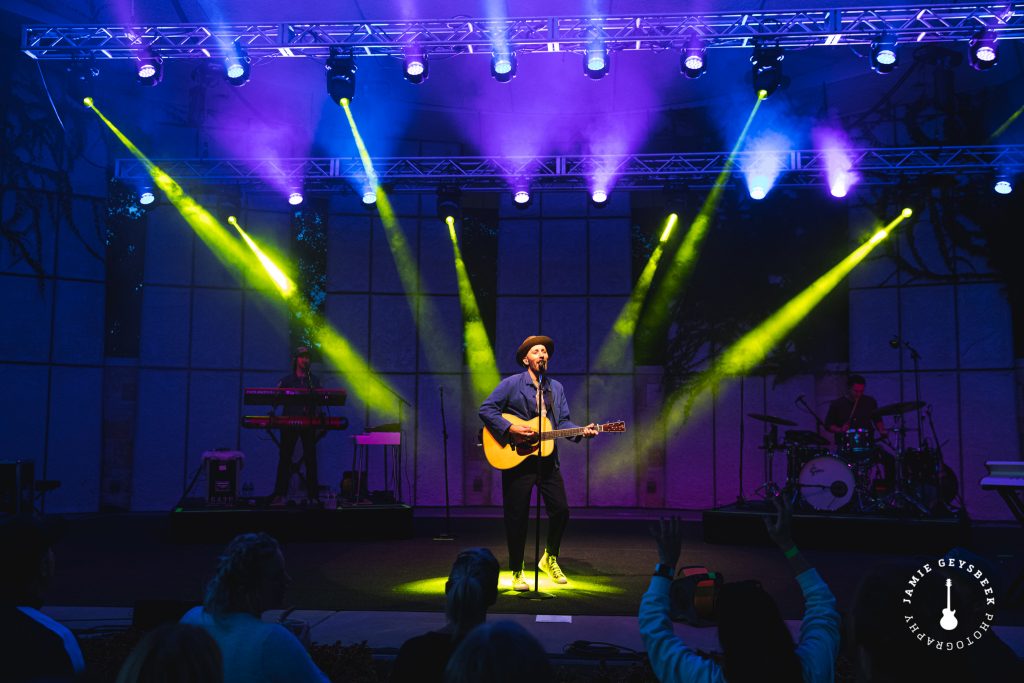 Through 18 songs, the hat-wearing, singer-songwriter bridged the distance between himself and the near sell-out crowd hitting on several new tunes but also offering up his tried-and-true favorites.

The Oregon native complimented the weather, the venue and the entire region. It turns out, Kearney revealed, that he vacations each summer in the Traverse City area.

“This is God’s country,” he noted, expressing thanks that the local show was able to be rescheduled from August when he tested positive for COVID.

Early in his 84-minute set, Kearney and his four band players dished up “Anywhere With You,” an acoustic-driven tune from his new album “January Flower.”

“They Don’t Know,” a thoughtful ballad from that release, emerged in the middle of Kearney’s three-song encore.

In between, listeners were treated to favorites such as “Closer to Love” (with its mention of Lake Michigan) and “Hey, Mama.” It was part of the reason most fans of the crowd remained on their feet the entire show. 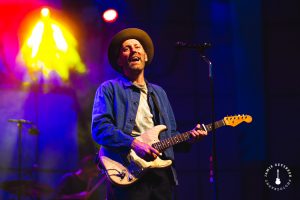 Engaging, Affable: Kearney was all that and more. (Photo/Jamie Geysbeek)

Remaining connected to his devotees, the artist even took time to autograph a record album brought up to the stage following his encore-opening “Ships in the Night.”

A truly unexpected fan moment came earlier when a spectator somehow made her way from the wings onto center stage, quickly followed by a security worker. For several brief moments, both were perched right behind Kearney as he was finishing his song “Learning to Love Again.”

“I literally don’t know what to do right now,” he deadpanned, otherwise unflustered by the interruption as the pair rapidly proceeded off the platform.

• The flashes of Hammond B-3 organ and electric guitar on “Can’t Look Back.”

• Kearney’s occasional hip-hop style and street-smart lyrics in songs such as “Count On Me” and “Money.”

• Sampling Toto’s “Africa” at the conclusion of the song “Wanted Man.”

Kearney saved his signature song to conclude the encore. “Nothing Left to Lose” goes back to his early days, but still resonates and he encouraged the crowd to sing along on the chorus.

Although he didn’t get to his early hit “Undeniable,” the artist presented a fair sampling from his seven full-length recordings over the past 15 years.

“Any time I get a chance to play Meijer Gardens, I’m here,” he told the audience.

Let’s hope he gets another opportunity. 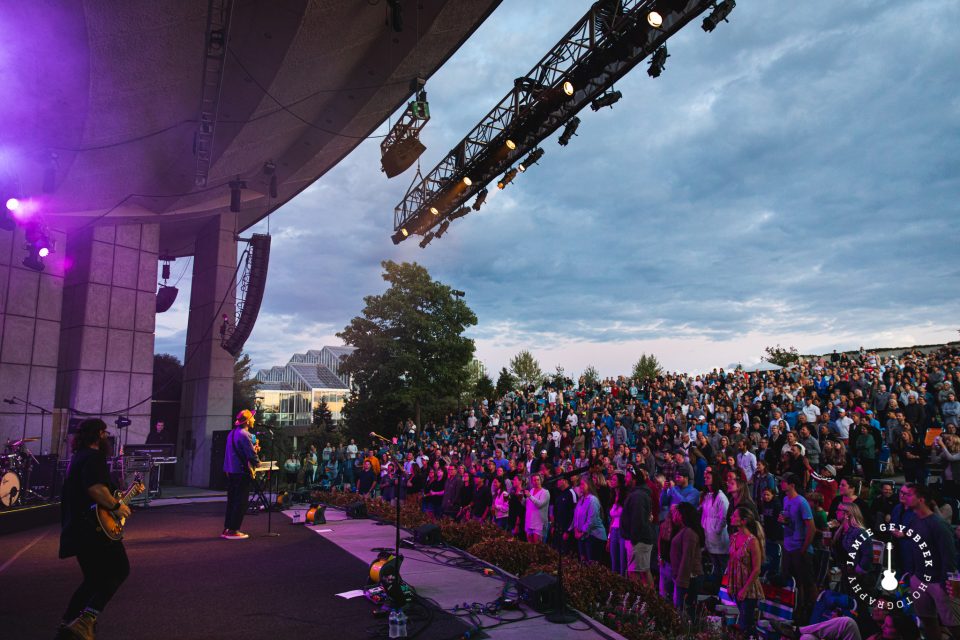 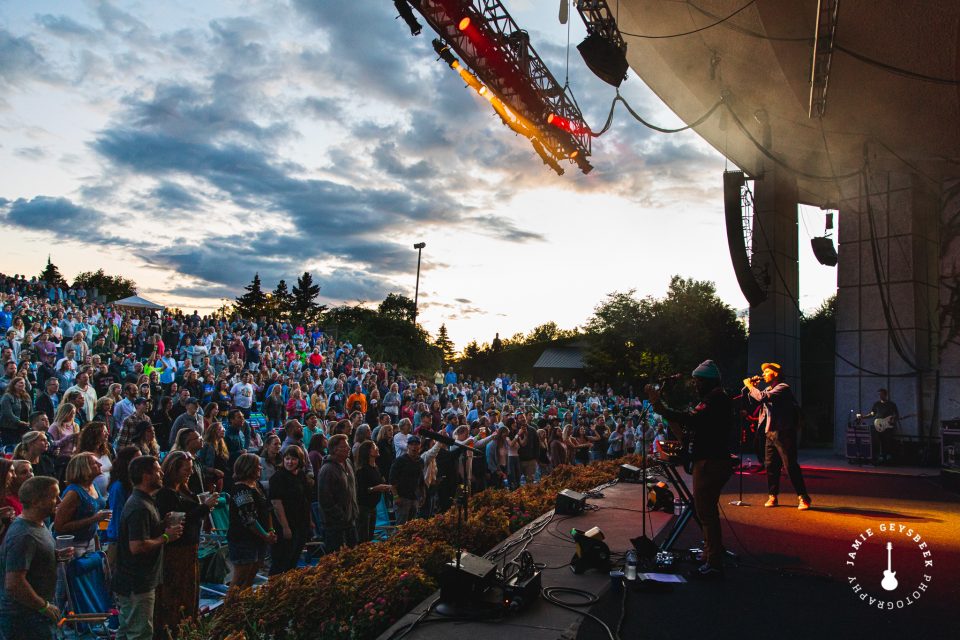 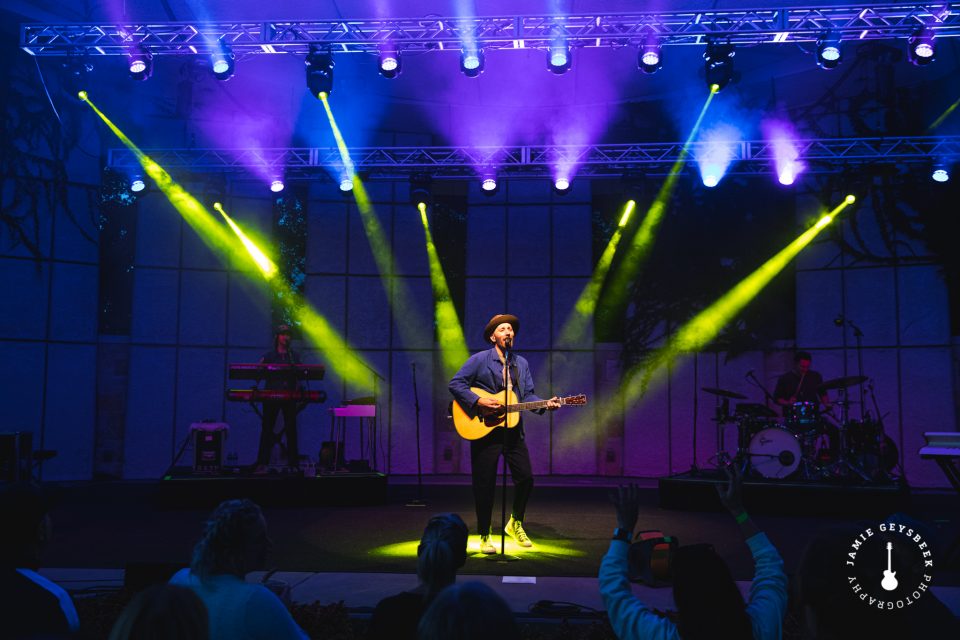 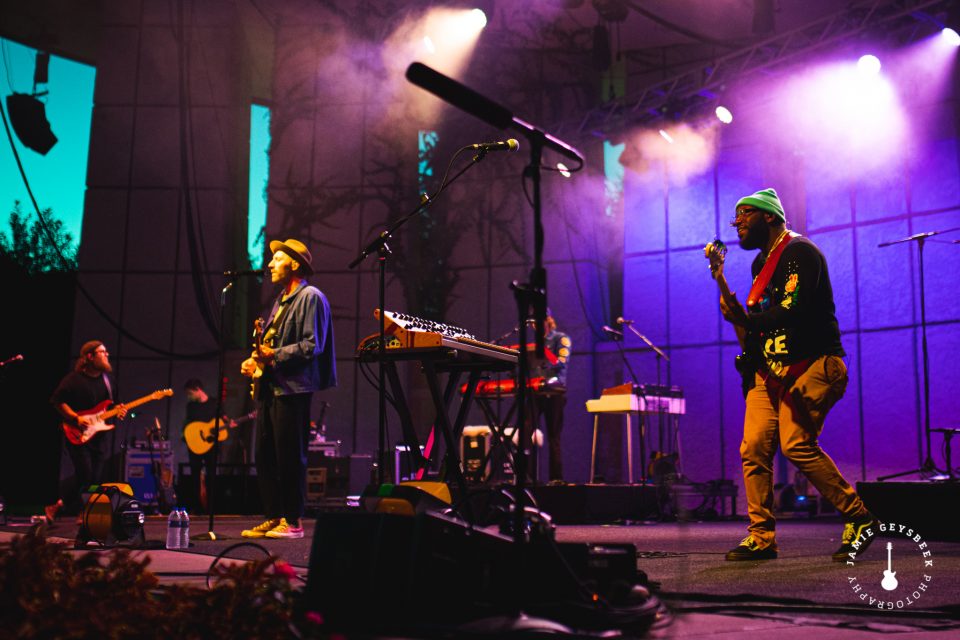 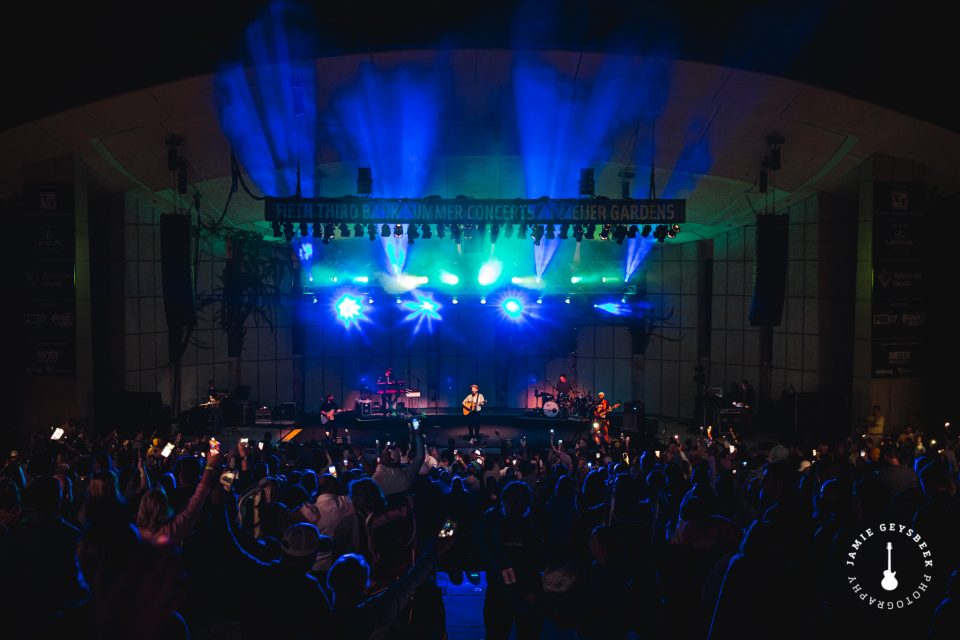 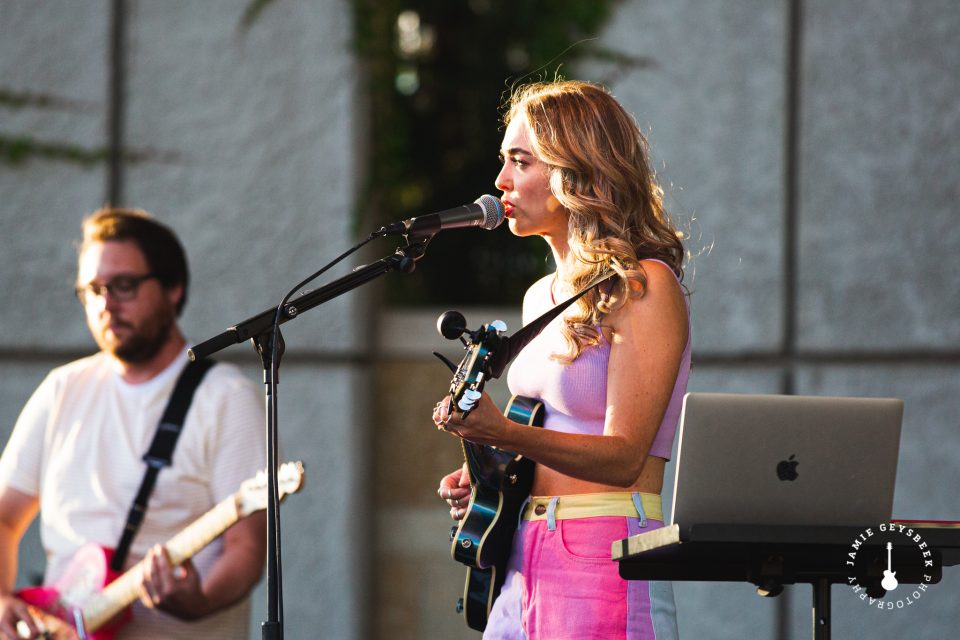 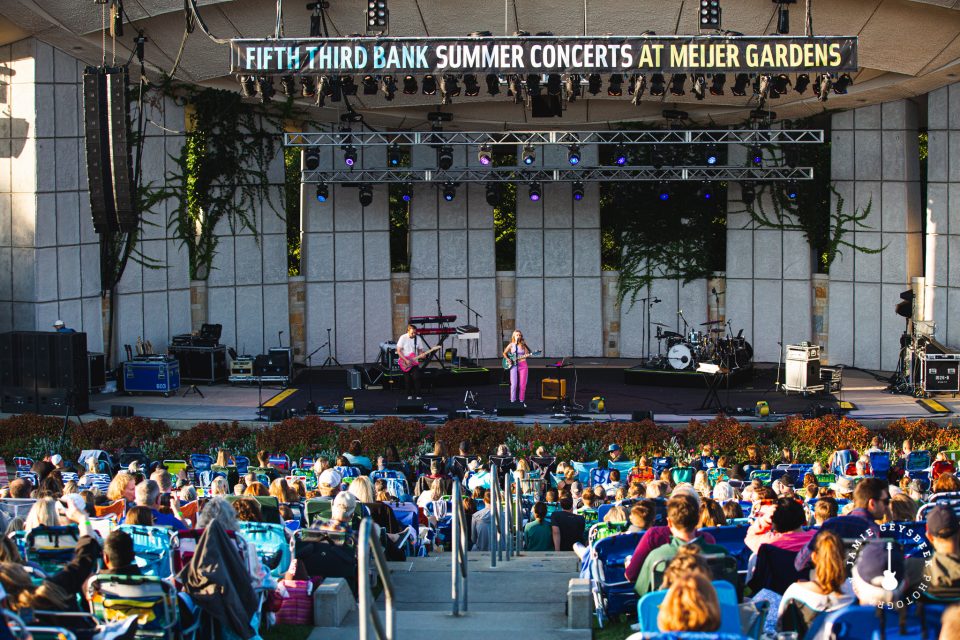 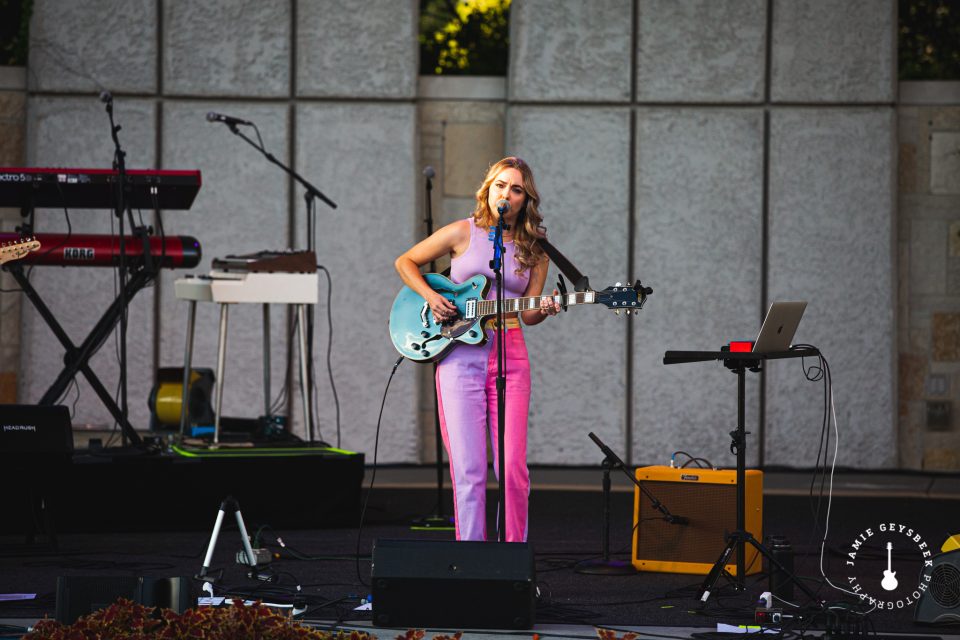 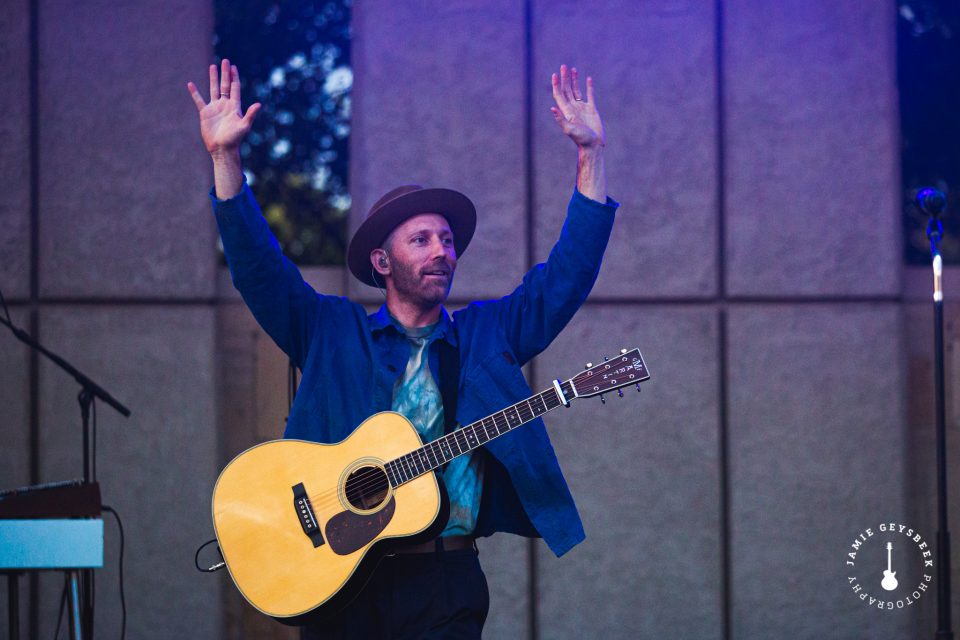 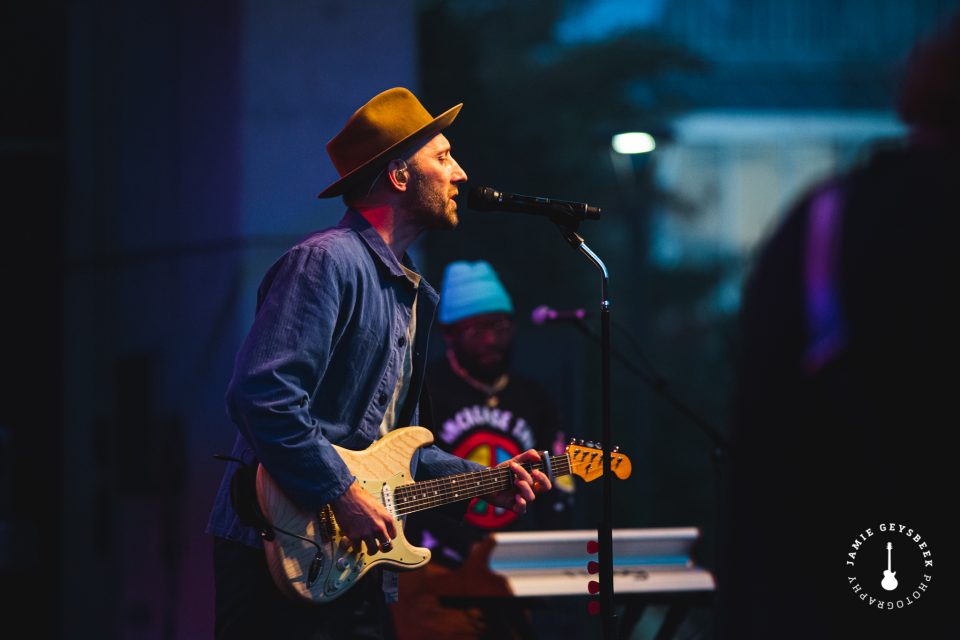 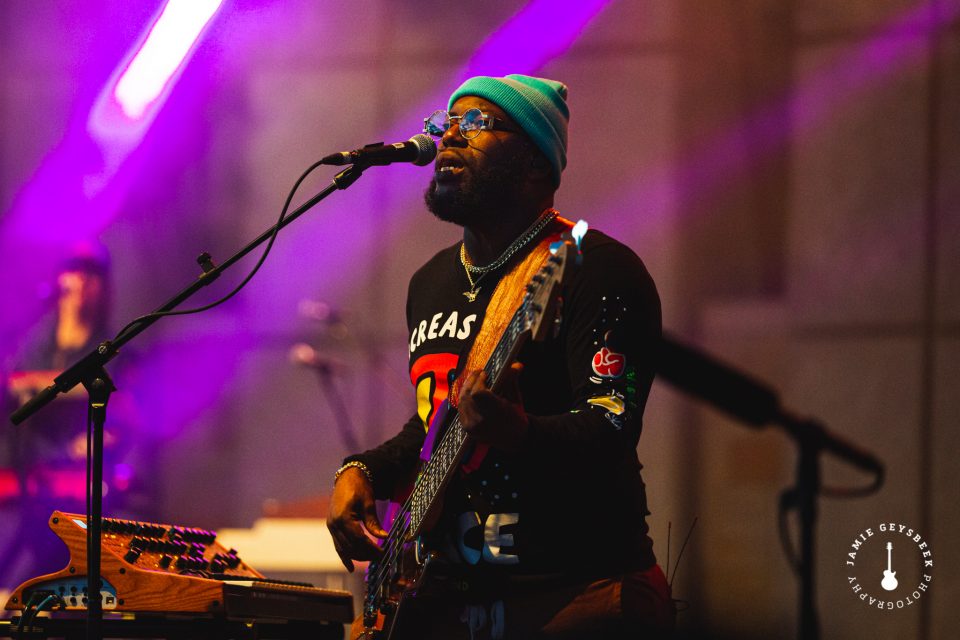 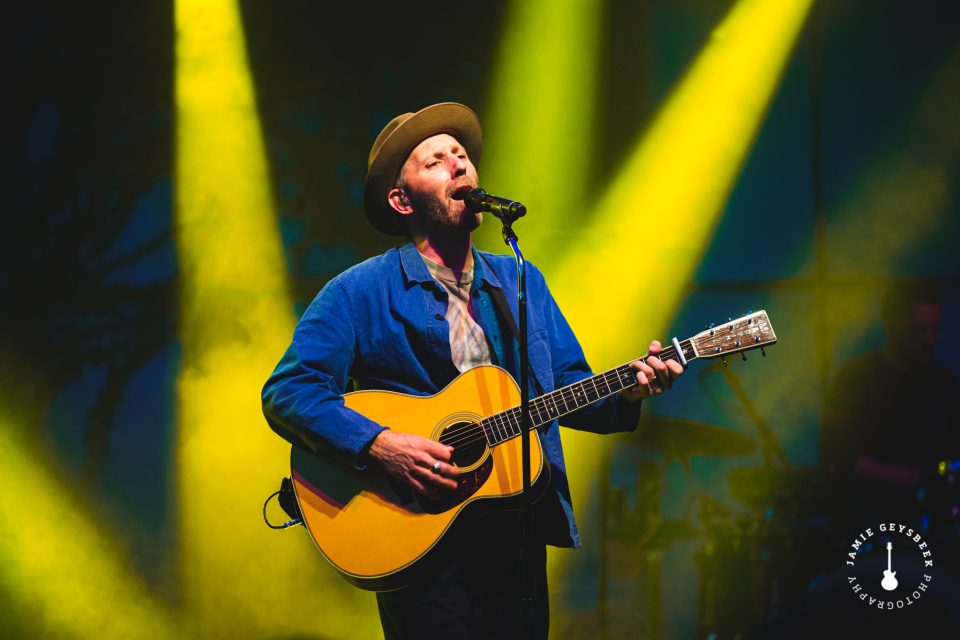 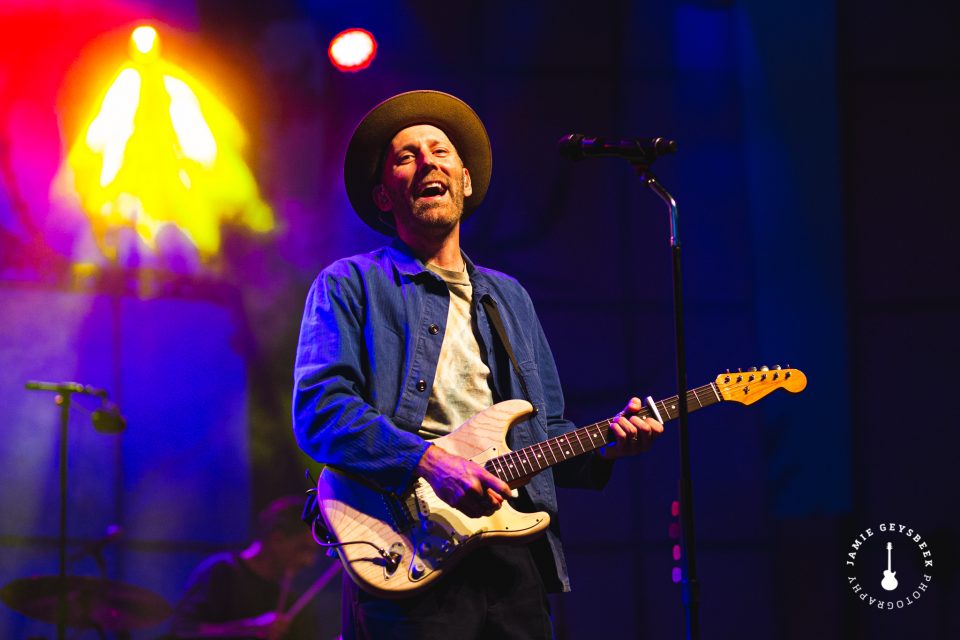 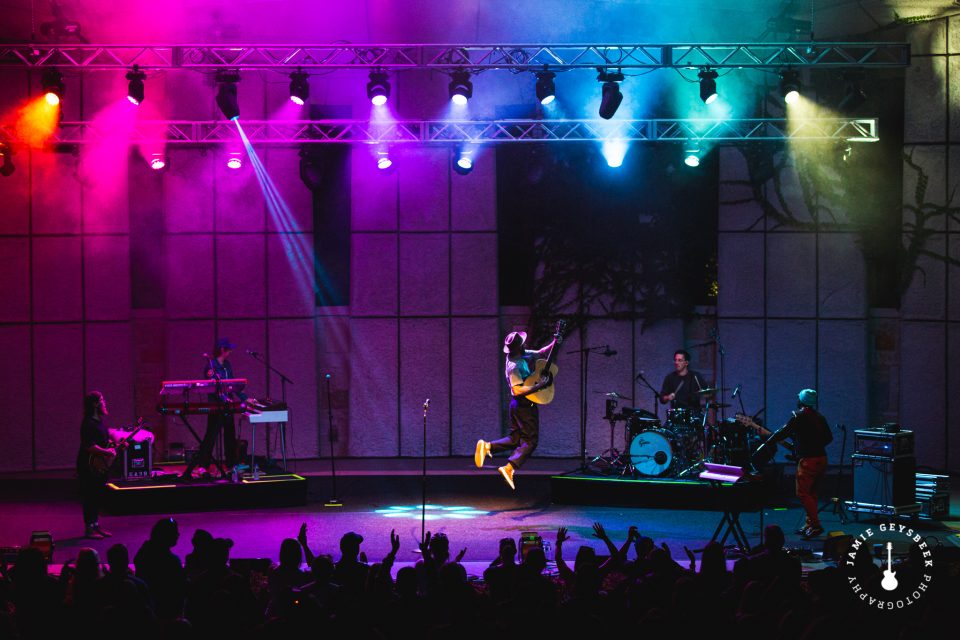 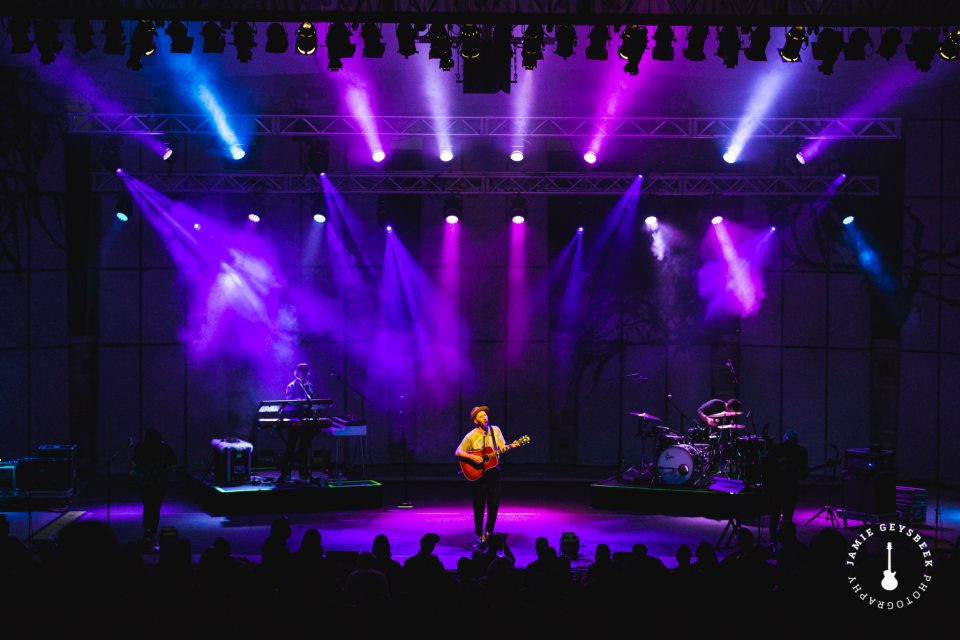