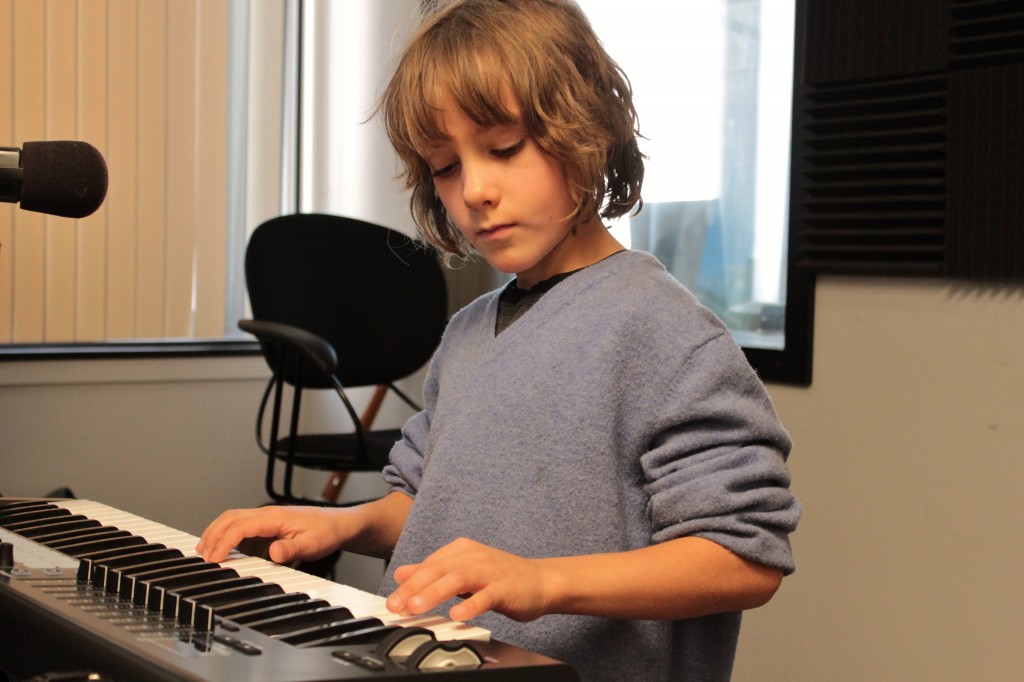 At 10 years old, Milo Birch has a hard time explaining exactly what happens when he starts playing the piano, except that something wondrous and beautiful usually unfolds – a weaving, hypnotic sort of melodic brew that captivates audiences and fellow musicians in a smile-inducing way. 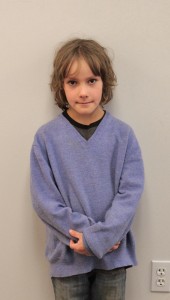 It’s not pop or rock, he insists, though he can’t quite put his finger, or tongue, on precisely what style or genre or approach it represents.

And what occupies his thoughts and crosses his mind during his wholly improvisational performances?

“Nothing,” he quips, flashing the sort of grin one might expect from a cherubic and otherwise normal fifth-grader with boundless energy who also fancies photography and gymnastics.

But this mostly self-taught Upper Peninsula keyboard phenom is not your typical 10-year-old. He’s already recorded three albums and has performed in public for several years, after discovering the joy of playing a keyboard about the time he learned to walk.

His set at Earthwork Harvest Gathering in northern Michigan last month drew a standing-room only crowd of rapt festival-goers who watched as the youngster delivered impromptu tune after tune, accompanied by top-notch veteran musicians such as The Crane Wives drummer Dan Rickabus, keyboard player Mike Lynch and guitarist Joshua Davis.

‘INCREDIBLE TO WITNESS SUCH A RAW NATURAL TALENT’

“He has an enormous heart and it shines through even in his instrumental music. He’s also a total genius,” Rickabus raves. “He is able to compose, create and perform unrehearsed and on the fly, completely improvised, better and more comfortably than a lot of adult musicians. Not only can he play, he can really dial in keyboard tones and effects that lend a really great sonic character to each jam. He’s really a jaw-dropping joy to watch. It’s incredible to witness such a raw natural talent.”

Milo joined Bowles and Madeira in the studios of News Talk 1340 AM (WJRW) on Wednesday to talk about his music and play an original song on the air as part of this week’s Local Spins Live segment. Listen to the show podcast here and watch a video below of his performance, along with that of Madeira, who played a touching rendition of “An Old Song,” a track from his brand new album, “P.M.” (Come back to Local Spins on Friday for more about Madeira, Bowles and coverage of Thursday night’s concert.) 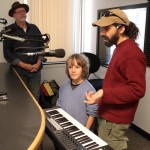 For the home-schooled Milo – who lives with his parents and 14-year-old sister, Kiah Leaf, outside Marquette – playing the piano almost seems like an extension of his breathing or thinking.

His parents, Wendy Johnson and Mojo Staley, have marveled at this innate ability since Milo was toddler. He’s only had a “couple of” lessons along the way.

“He started to play about the time he could stand up and hang onto the keys on a piano from down below, and he’s been playing ever since,” his father recalls. “Even at that point, it seemed like he had this crazy ability to match whatever pitch was in the room of the house if there was something on the radio – whatever key he would reach up and hit on the piano happened to be in pitch or in key.”

The child prodigy performed publicly for the first time when he was 3 or 4, and self-recorded his first album, “Milo on Keys,” at 8 years old in 2012.

He’s continued to produce new music, which is available through his website, milobirch.com, and he plays “as many open-mics as they will let him,” says Wendy. “He has also led a teen recording workshop for Blissfest. … You can often times find him playing random pianos around town.”

Wendy concedes he was likely “born with the gift,” though his family has surrounded him with opportunities to soak up music in its many forms. Milo’s sister, who’s played violin for eight years, is a member of the Marquette High School Symphony. 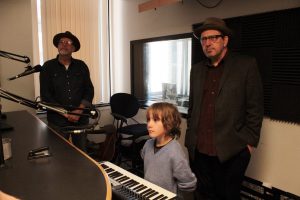 Milo – who has just started to explore singing with a new tune, “Don’t Walk Away” – can’t really explain his penchant for creating songs, as if his fingers are just wired to dance along the black and white keys.

“It’s just really fun,” he says, noting that when he performs with other musicians, he simply kicks off the song and they follow. “I just improvise and play as I go along.”

Tonight at St. Cecilia, he’ll demonstrate that unscripted artistry with help from Rickabus and Lynch as part of an evening that spans age groups and genres. Rob Reinhart, host of the nationally syndicated, Ann Arbor-based “Acoustic Cafe” radio program will be on hand to introduce Bowles and tape performances for a future broadcast. (Read more about Reinhart in this Local Spins feature.)

“I’m really forward to the night,” says Bowles. “It’s going to be a really wide, diverse musical night and something for everybody.” 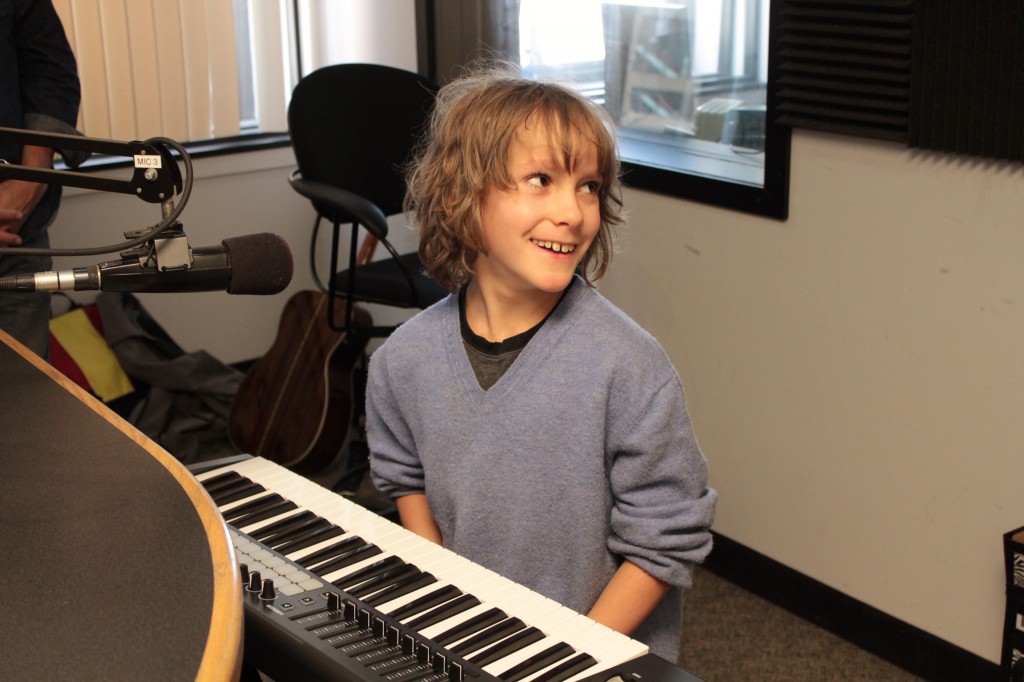 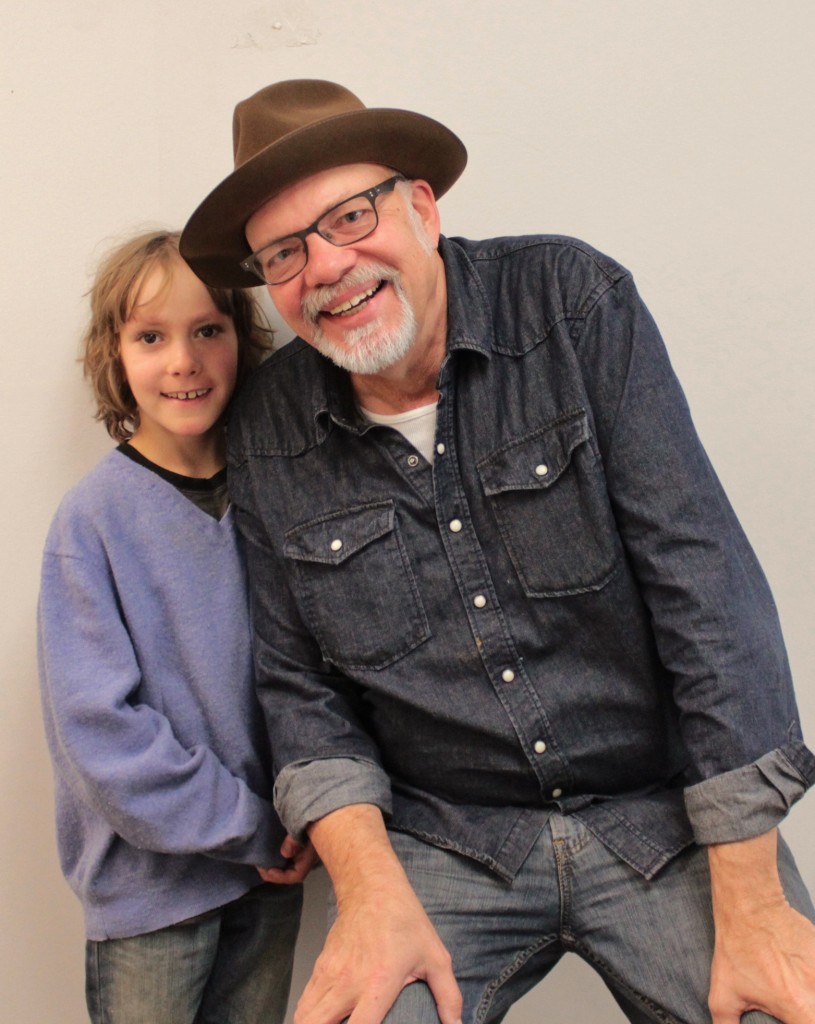