The Grand Rapids singer, guitarist and luthier bantered about the ups and downs of a long career as he prepared to make his 43rd straight appearance at Festival last weekend. Listen to the podcast. 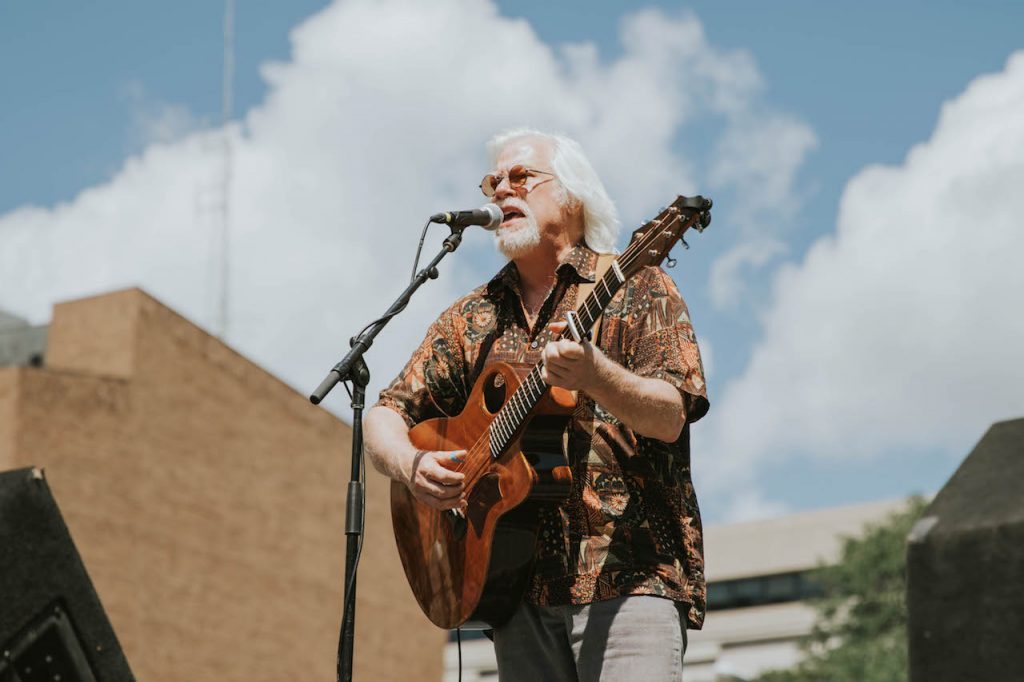 Have a comment on this podcast or suggestions for a future RSVP Music Chat? Leave a voice message via SpeakPipe below.

Back in the day, Mark Swanson was just a “hippie kid” playing mandolin in the Grand Rapids band Horsefeather, making its first Festival of the Arts appearance in 1976.

Since then, the guitarist and songwriter has fashioned a career as a player in numerous bands and as a solo artist, not to mention being a successful luthier who crafts beautiful instruments for West Michigan musicians. 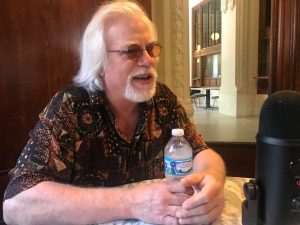 With decades of experience under his belt, Swanson has seen a lot of changes – and plenty of ups and downs – in the Grand Rapids music scene.

So, RSVP Music Chat sat down with Swanson last weekend, about an hour before his 43rd straight Festival appearance, to talk about the fun and the foibles of playing the annual event, the lessons learned from decades in the region’s music scene, the scourge of karaoke bars and the changing career expectations of a musician as the years pass. (Bassist Ian Grant, who accompanied Swanson at Festival, also joined the discussion.)

“This is our place,” Swanson said of the camaraderie of Grand Rapids-area musicians who play Festival every year. He also conceded that his four decades-plus career has been “a strange ride,” starting with his years in Horsefeather, a popular country-rock band that thrived in the 1970s.

“There are times when I wish I could relive those times,” he said. “(But) my goals back then are different than my goals now.”