Musician and Local Spins columnist Brian J. Bowe immerses himself in the recent Lamp Light Music Festival in Eastown homes and becomes part of a new community of music. Here’s his commentary. 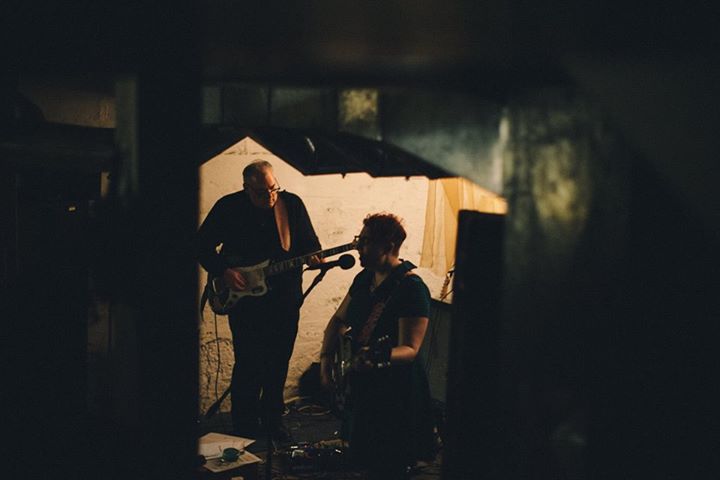 The 2014 edition of Lamp Light Music Festival is over, but it was a weekend filled with such overwhelmingly positive energy, it seems worthwhile to take a moment to think about whether the event could have a lasting effect in some small (or large?) ways on the Grand Rapids scene.

The feeling about Lamp Light was perhaps best captured by an audience member at a panel discussion about the future of music that I participated in, along with Steffanie Rosales from Girls Rock Grand Rapids and Dizzybird Records co-founders Brian Hoekstra and Nicole LaRae.

“I have almost no connection to Lamp Light at this point other than as a spectator, but I’m in love with the culture and the energy it’s created. It’s like nothing I’ve ever seen,” said Jessica Fogle, a musician who recently moved to West Michigan from Chicago. “I just feel a sense that this is real and this has meaning and we can all grow and feel good about this.” 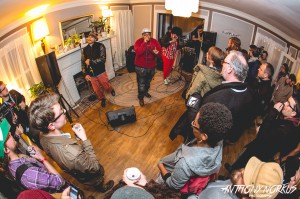 Of course, to a large degree, the positivity had so much to do with the lineup. Organizers Dan Climie and John Hanson did a great job selecting a variety of acts of stunningly high quality. There’s already a lot to feel good about in the GR music scene, but Lamp Light extended that circle out to the larger region to bring in acts from throughout the state, as well as Ohio, Indiana and Illinois. These days, people overuse the term “curated,” but the Lamp Light lineup felt well-curated, with performers tastefully selected and juxtaposed. Musically, my highlights include:

Those were my highlights, but it would have been impossible to see everything. A big part of the fun was talking with other festival attendees, hearing tales of other great performances (the sweaty dance party with Alexis, Maraj’s acoustic set, Divino Niño’s late-night set). 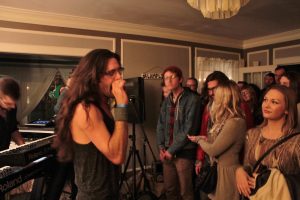 And, in fact, those conversations were a huge part of the festival’s familial feeling. Frequently attendees would arrive at a venue to find a pot of soup on the stove or local kombucha on tap, and they’d pull up chairs or sit on the floor and chat. Things ran smoothly thanks to a cadre of volunteers, and the lines between roles — performer, organizer, volunteer and audience member — didn’t seem particularly well-defined. It wasn’t about watching, it was about participating. It wasn’t about the pose, it was about being part of a community.

For the musicians, performing to intimate crowds in small spaces created an intense energy. A combination of technical glitches and missteps caused powerhouse GR MC Lady Ace Boogie to start her first song over not once, but twice. But she earned the crowd’s respect for wanting to get it right. My band, Voluptuous Panic could relate. Technical problems early on gave us jangled nerves to start, but it was obvious right away that the people in the audience were on our side, so it helped dissipate the strange energy fast.

Maybe this all sounds too groovy or idealistic for a lot of people. But as I pondered over a glass of kombucha on Sunday afternoon, I realized that, more than anything, the festival was balm for the anxiety of the current terrifying era. A lot of us wake up every morning wondering if today is the day that the wheels are finally going to fall off the whole damn enterprise. The components of Lamp Light — good music, homemade food, a tight-knight community working together — are all things people have traditionally turned to for succor in troubled times.

Maybe the lesson of Lamp Light is that we should do this stuff more than once a year.