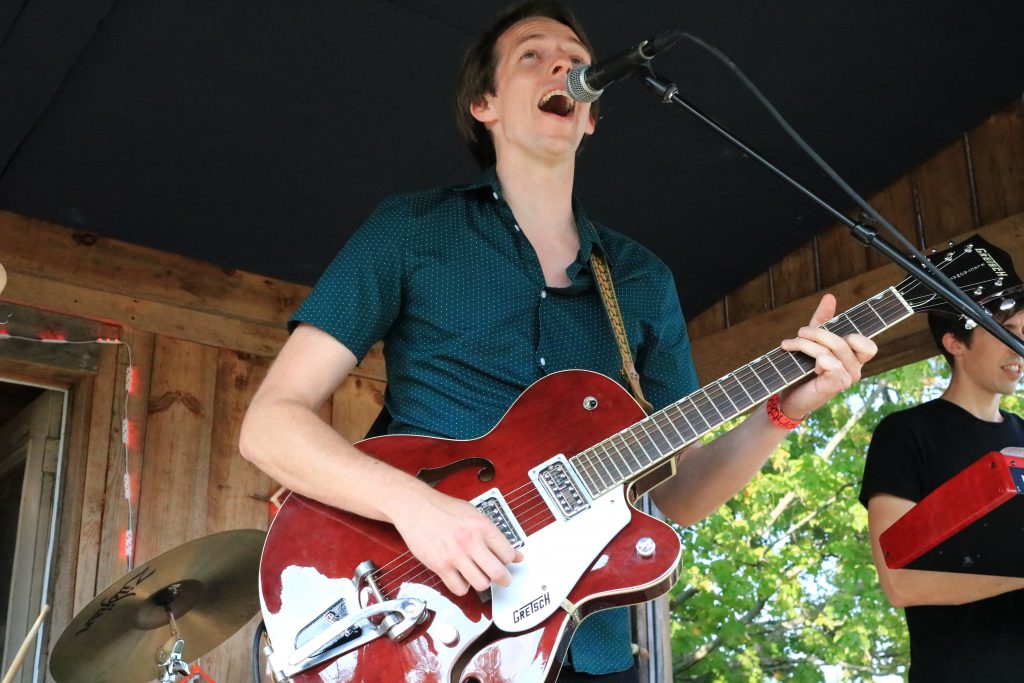 ‘Burning It Down’: Max Lockwood plays Salt of the Earth on Sunday. (Photo/Anna Sink)

Max Lockwood has been in the cat bird’s seat for plenty of special moments when it comes to West Michigan’s music scene.

As the bassist in revered singer-songwriter May Erlewine’s touring band, he’s had a chance to watch this “incredible songwriter who sings from her heart” taking fans on a “dynamic, emotional journey” at almost every show.

His boyhood rock band Big Dudee Roo has earned a devoted fan following for its riveting rock, and he’s become the Tom Petty-emulating frontman for The Insiders Petty tribute band that’s headlined venues across the state. 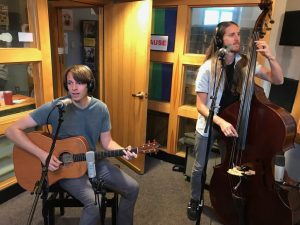 And he’s been in the recording studio as a sideman with a host of his Michigan musical heroes.

But as a poet, songwriter and multi-instrumentalist, Lockwood also has an impressive catalog of his own songs, something he first unfurled on his “Outrider” debut album several years ago and in more focused fashion on his self-titled sophomore album released earlier this year.

Accompanied by standup bassist Eric O’Daly of The Appleseed Collective, Lockwood performed a song from each of those releases in-studio for this week’s edition of Local Spins on WYCE (88.1 FM). Watch the video of their performance of “Burning It Down” here, with the full radio show podcast below.

Lockwood, who’ll be touring Michigan with Erlewine in October as she promotes her new album, “Second Sight,” will “cap off” the season before that with a solo show featuring a full band at Fennville’s Salt of the Earth on Sunday.

At the 6 p.m. Sunday show, Lockwood will be joined by Big Dudee Roo bandmates Justin Dore and Daine Hammerle, and O’Daly and Brandon Smith from The Appleseed Collective. Tickets are $20; call 269-561-7258. Get details about the show that celebrates the 10th season of concerts at Salt of the Earth online here.

Amid shows with Erlewine and The Insiders, Lockwood also hopes to release a couple of singles over the next several months – continuing to build on his own musical legacy.

“I’m constantly working with amazing artists and musicians that inspire me and push me to be better and find my own voice more distinctly,” he said. “So that’s a really big boon.”

The Sept. 27 edition of Local Spins on WYCE – which spotlights local and regional music at 11 a.m. Friday on WYCE (88.1 FM) – also featured the on-air debut of new songs by May Erlewine, Erin Zindle & The Ragbirds, Patty PerShayla, Lifeline and Donny Zuzula, plus tracks by Morgan Haner, Full Cord, Kaitlin Rose and Organissimo. Listen to the full radio show podcast here.