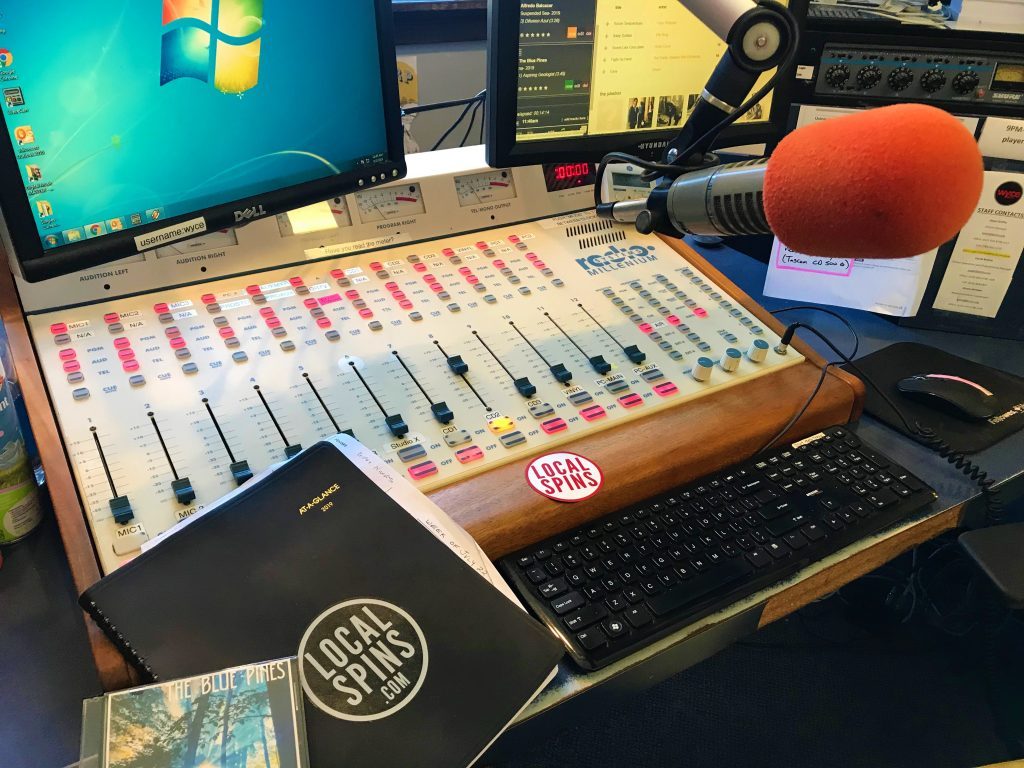 Every band moves through phases as the musicians hone their songcraft, grow more comfortable with each other and push their music into new territory.

Grand Rapids’ Desmond Jones has done that in short order, propelled by performing hundreds of gigs every year.

The evidence shows up in dynamic fashion on the expansive, genre-blending sophomore album, “Hello, Helou,” released by the jam band late last month.

Bota said “Hello Helou” is just the “introduction to a big stylistic project we’ve been working on,” so fans have plenty to look forward to in the not-so-distant future.

It all speaks to the versatility and adventurousness of a five-piece band – Bota, Nowak, Isaac Berkowitz, George Falk and John Loria – comprised of multi-instrumentalists and “multi-faceted musicians,” Nowak suggested.

Desmond Jones demonstrated that this week as an acoustic duo – with Bota on acoustic guitar and vocals, and Nowak on acoustic guitar and banjo – for an in-studio performance for Local Spins on WYCE. The duo performed “Split Again” (from the new studio album) and a new Nowak song, “Two Dreams,” that will appear on a future recording. Watch the video for “Two Dreams” here with the full radio show podcast and band interview below. 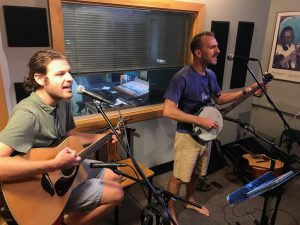 Already Looking Ahead to the Next Album: Chris Bota and John Nowak (Photo/Local Spins)

The band has a busy summer and fall schedule crisscrossing Michigan to promote the new album, starting with performances three straight nights at the Cowpie Music Festival near Caledonia Aug. 8-10. They’ll follow that with a hefty schedule of shows in Lowell, Ferndale, Traverse City, Muskegon, Manistee and Ann Arbor.

They also have a special vinyl-release show on Aug. 24 at Elevation inside The Intersection in Grand Rapids, along with The Hacky Turtles and Earth Radio.

The Aug. 2 edition of Local Spins on WYCE – which showcases local and regional music at 11 a.m. Fridays on WYCE (88.1 FM) – also featured the on-air debut of new music by Brother Adams (next week’s in-studio guest), Lane Ellens, Willow (this week’s musicians’ pick by Desmond Jones), eRoy, Alfredo Balcacer, The Blue Pines, Deadflower and Trixy Tang, as well as a classic track by Luke Winslow-King. Listen to the podcast here.