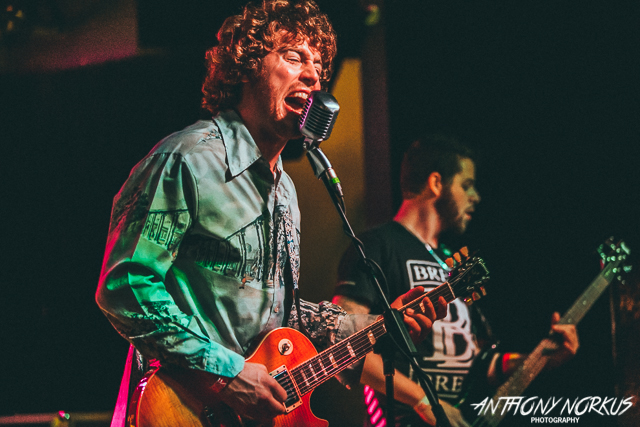 It takes some slipping, sliding, sledding, slushing and slogging, but West Michigan showgoers can cover an awful lot of musical ground on a winter weekend if they set their minds to it. 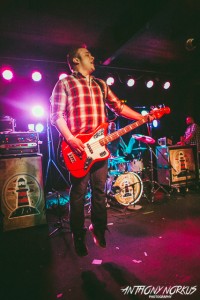 Or, if they tag along with Local Spins.

Take this past weekend, for example:

• Brooklyn’s San Fermin (with West Michigan’s own inventive Filmloom opening) brought an eight-piece ensemble of boundary-pushing Baroque pop musicians and singers to the Wealthy Theatre stage on Thursday night courtesy of Grand Rapids’ WCYE-FM. The band regaled a packed house with fetching musical passages — as you can see from the video below — melding horns, strings and unusual vocals to enhance music written by frontman/keyboard player Ellis Ludwig-Leone;

• Country singer Josh Thompson putting “Beer on the Table” for another big crowd at The Intersection, with Steve Rivers and Ten Cent Heroes opening the show;

• The BeanpolesDan bringing their country-hued Americana to the Winter Music Scene concert series at Fricano’s Pizza; 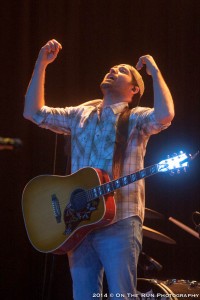 Josh Thompson at The Intersection. (Photo/Eric Stoike, On the Run Photography)

• The Legal Immigrants, Midwest Skies, Jake Down & The Midwest Mess, Red Legs and Good Day Good Sir heating things up inside The Pyramid Scheme on Friday night for the “Welcome to Grand Rapids, Volume 2” show that covered a lot of musical territory, from the rollicking rock of The Legal Immigrants (uncorking a tasty musical assault that sounds like some alien cross-breeding of The White Stripes, The Rolling Stones, Jet and The Black Keys. highlighted in a video below) to the hyped-up pop-punk of the Midwest Skies trio;

• Singer-guitarist-harmonica player Tom DeVries trotting out a deep catalog of familiar rock and pop hits at Rockford’s Grill One Eleven, from ageless material by The Beatles, Bob Dylan and Crosby Stills & Nash to the Old Crow Medicine Show’s “Wagon Wheel”;

• White Rabbit and The JetBeats turning up the amps for ’60s/’70s night at the Tip Top Deluxe Bar & Grill, with an elbow-to-elbow crowd — some of them dressed in beads, peace symbols, wigs and hippie fashion for the occasion — grooving and cheering classics by The Who, David Bowie and The Beatles and way more; 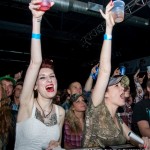 • Singer Tony Lucca, with opener Dan Godlin, lighting up the stage at the Seven Steps Up listening room in Spring Lake. As photographer Kevin Reedy put it, “The sold-out crowd couldn’t be happier. Tony played two sets lasting late into the evening.” Seven Steps Up followed that with another sellout, as Massachusetts singer-songwriter Seth Glier returned to the venue, and will play a second straight show there on Sunday night. Not only that, but Glier is recording the sessions for a new EP titled, “Live at Seven Steps Up.” Notes Reedy: “Seth blew it out of the water. … I’ve seen his shows a few times and I’ve never seen him play like this. It was amazing.”

• The Crane Wives warming up for their upcoming show at the Ann Arbor Folk Festival with a Saturday night performance at Bell’s Brewery in Kalamazoo.