The Wednesday night tour stop dodged rain and served up a tantalizing combo of acts for a sold-out Meijer Gardens amphitheater. The Local Spins review and photo gallery. 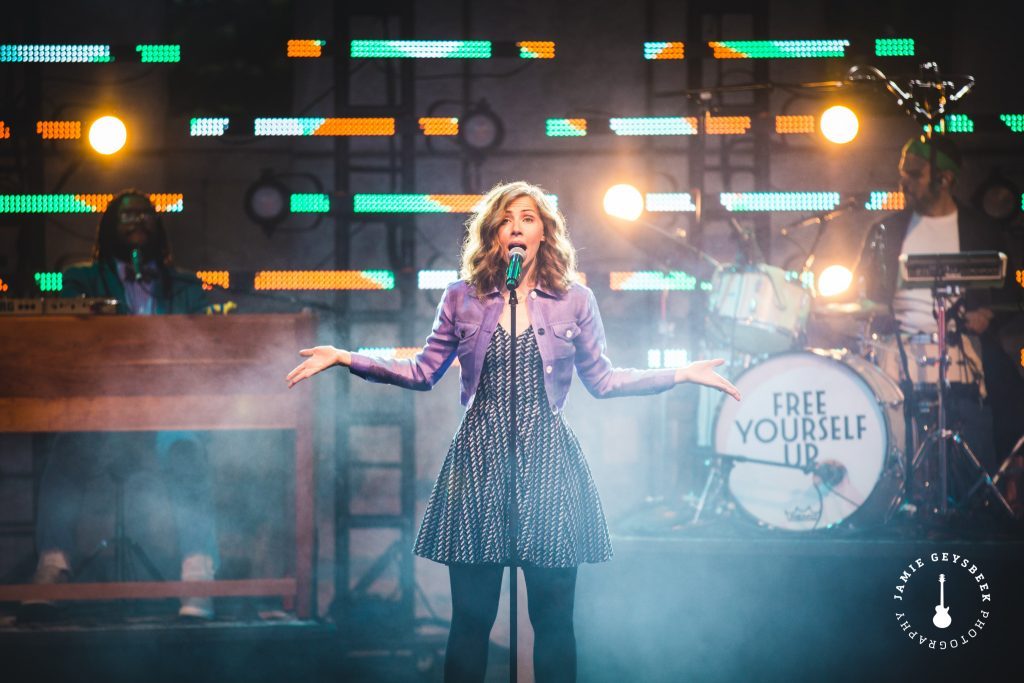 A few light pre-show showers deterred some but not many of the sold-out crowd from showing up to Frederik Meijer Gardens & Sculpture Park Wednesday night.

By the time the first of the evening’s two headlining acts hit the stage shortly before 6:30 p.m., the lawn was completely full and fans had already begun filling in much of each of the outer sides of the venue. 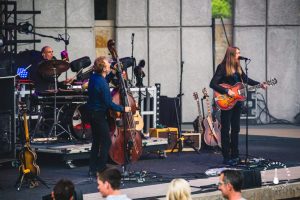 The rain managed to hold off for the rest of the night, making way for The Wood Brothers and Lake Street Dive to take center stage for an energizing double bill that featured songs from the way-back machine from both acts, new tunes from each, covers and full-band collaborations.

Kicking things off with a funky and fitting “I Stumbled In” — from 2011’s “Smoke Ring Halo” — The Wood Brothers immediately put on display their signature sound comprised of Oliver Wood’s raspy voice and brother Chris’ stand-up bass as Oliver sang about how “this must be heaven and I stumbled in” while multi-instrumentalist Jano Rix kept the early beat on drums.

After diving into the recently released “This is It” and the decade-old “Pray Enough,” the trio’s front man addressed the crowd for one of a few times on the night.

“What a perfect June evening we are blessed with here,” Oliver exclaimed. “We’ve been to a lot of towns and a lot of spots and I don’t know if you all know how good you have it to have this beautiful spot.”

PLAYING TO THE FAITHFUL

A treat for the band’s faithful, The Wood Brothers played mostly older cuts during their 75-minute set. They hit on “Atlas,” “Chocolate on My Tongue” and “Luckiest Man” from 2006’s “Way Not to Lose,” in addition to performing 2011’s “Mary Anna” and a handful of songs from 2013’s “Muse,” highlighted by a driving rendition of “Who The Devil” that featured some fancy footwork and funky bass licks from Chris Wood. There was also a gorgeous single-mic take of “Sing About It,” with Lake Street Dive’s Rachael Price and Bridget Kearney sitting in on vocals.

The two bands joined back together around one mic during Lake Street’s set later in the evening for a cover of Sly & The Family Stone’s “Everyday People” as well as an encore performance of The Staple Singers’ “I’m Just Another Soldier.”

Other covers on the night included The Wood Brothers on Jimmy Reed’s “Big Boss Man,” Robbie Robertson’s “Ophelia” and Tom Petty’s “You Wreck Me.” Lake Street Dive, meanwhile, rolled out Shania Twain’s “Still the One,” featuring keyboardist Akie Bermiss on vocals, and The Kinks’ “Strangers” performed around one mic.

After a funky folky set from The Wood Brothers, Lake Street delivered on a more countrified pop-infused set that showcased Price’s energy and voice throughout. 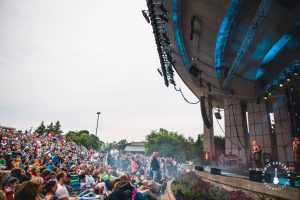 The strong instrumentation of Price’s band was also on point, highlighted by a handful of trumpet solos from Mike “McDuck” Olson,” the backing vocals and drumming of Mike Calabrese, the bass of Kearney and the voice of Bermiss when he became the only other Lake Street member to be featured on lead vocals throughout the evening.

After opening up with the older “Neighbor Song” off the band’s 2010 debut, Lake Street went right into the recent “You are Free,” reached a little ways back for “Rabid Animal” and then kept things predominantly fresh, with the next handful of tunes, coming off of one of the band’s two 2018 releases — “Freak Yourself Out” and “Free Yourself Up.”

Highlights of the set included an upbeat “Red Light Kisses” in which Price led the crowd in a call and response to try to get them on their feet, along with a sultry “Young Boy,” and a “cathartic” “Dude.”

To no one’s surprise, the band held back until the final moments of their feel-good set to perform 2018 hit “Good Kisser,” which saw Price prancing around the edge of the stage and cell phone cameras up in the air to capture the moment. 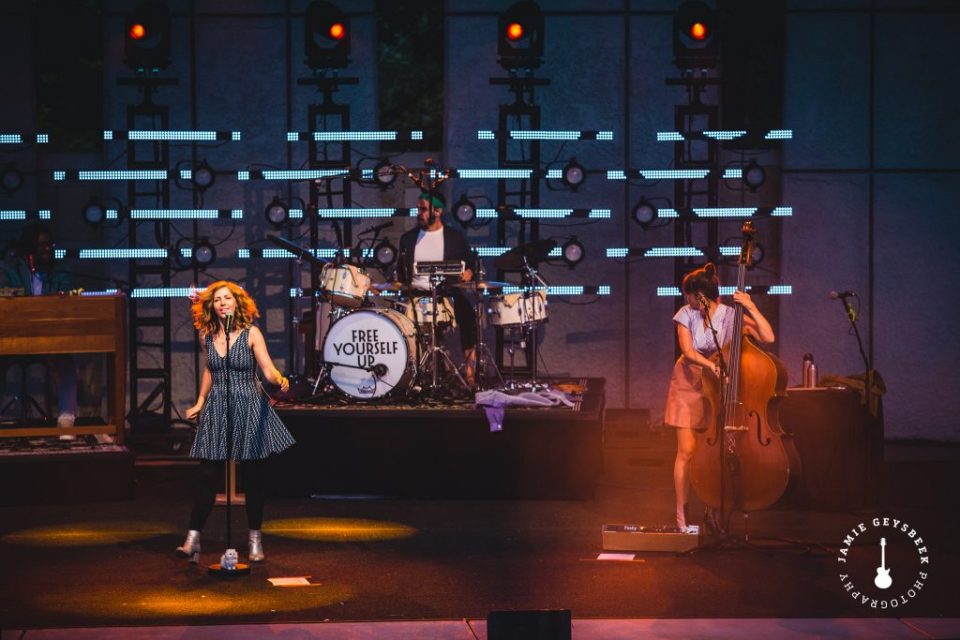 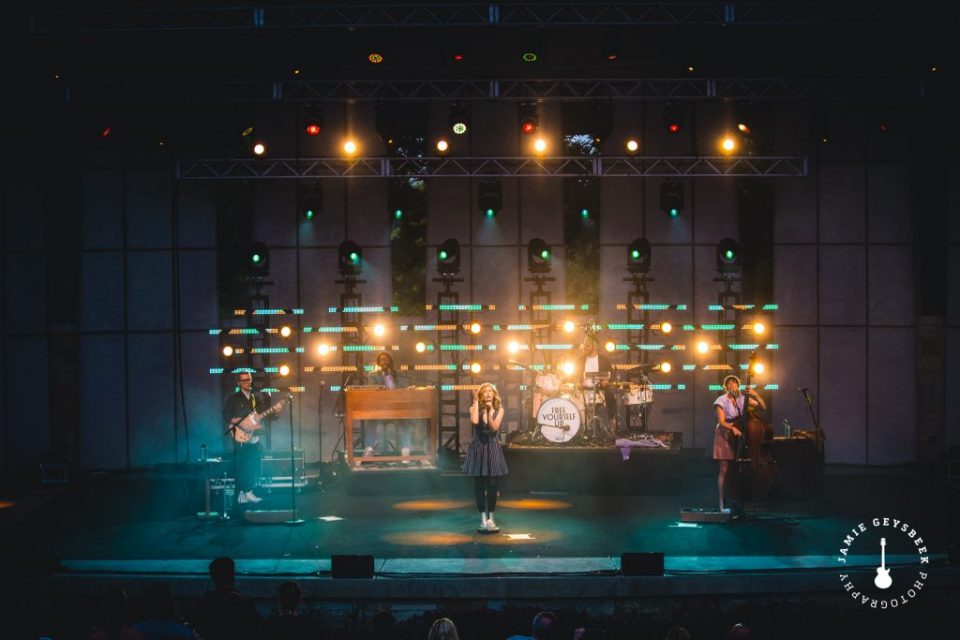 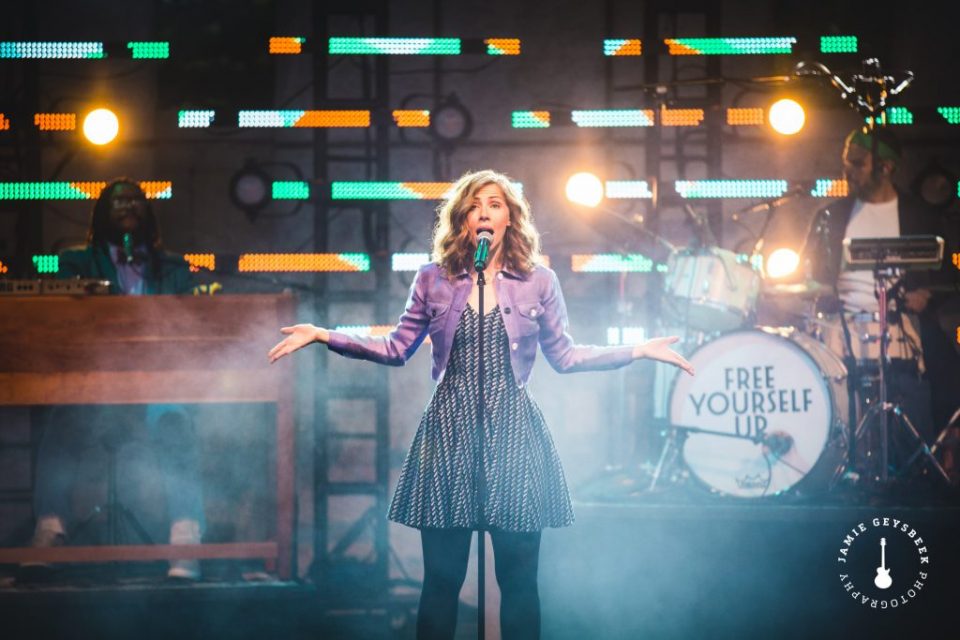 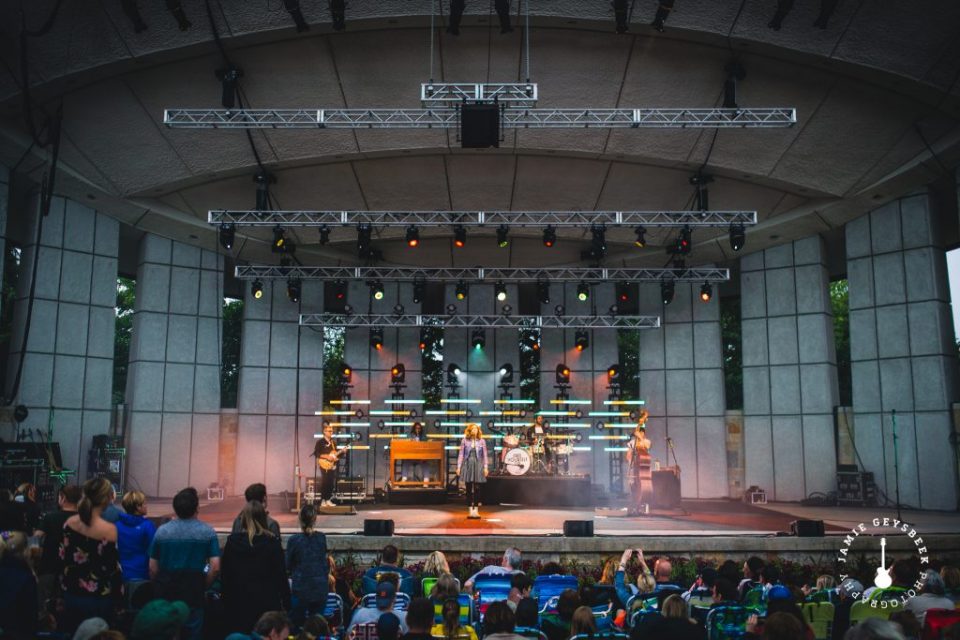 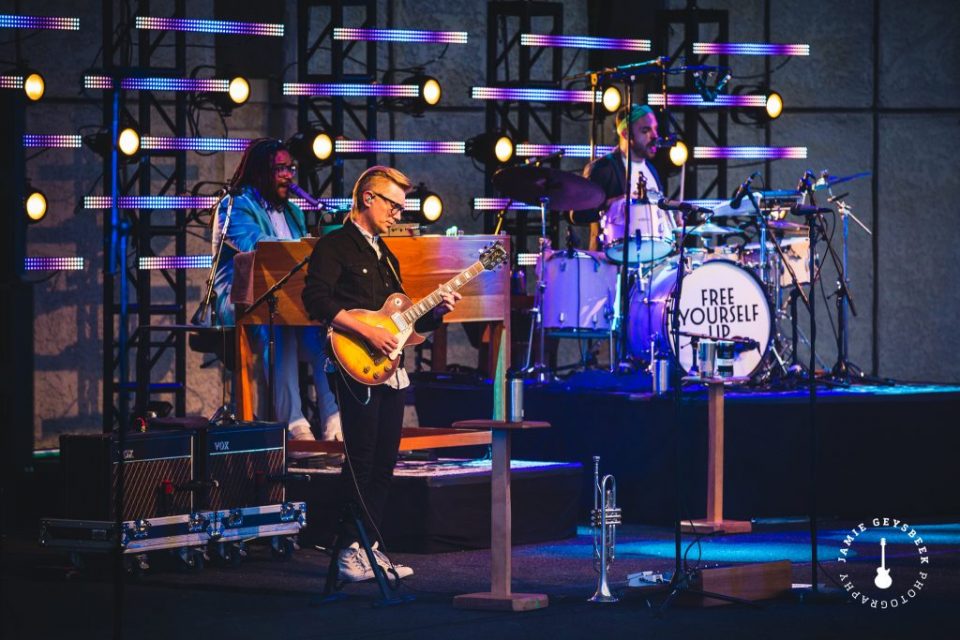 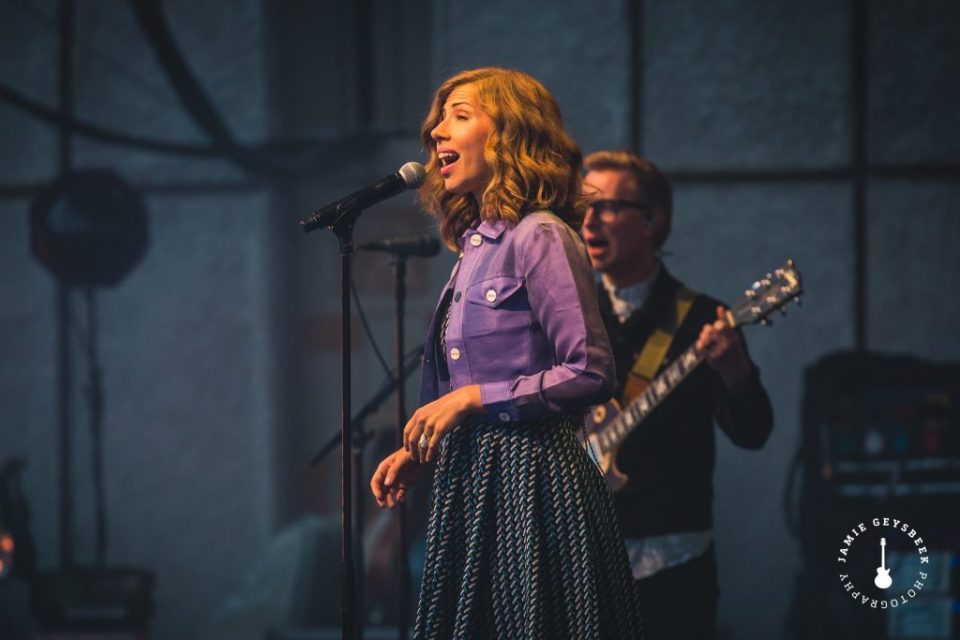 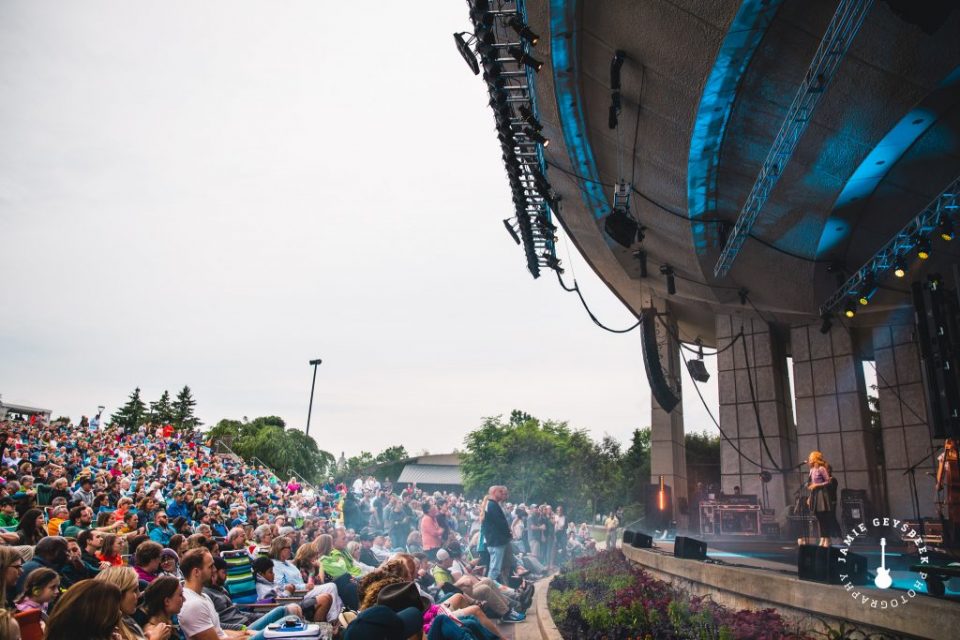 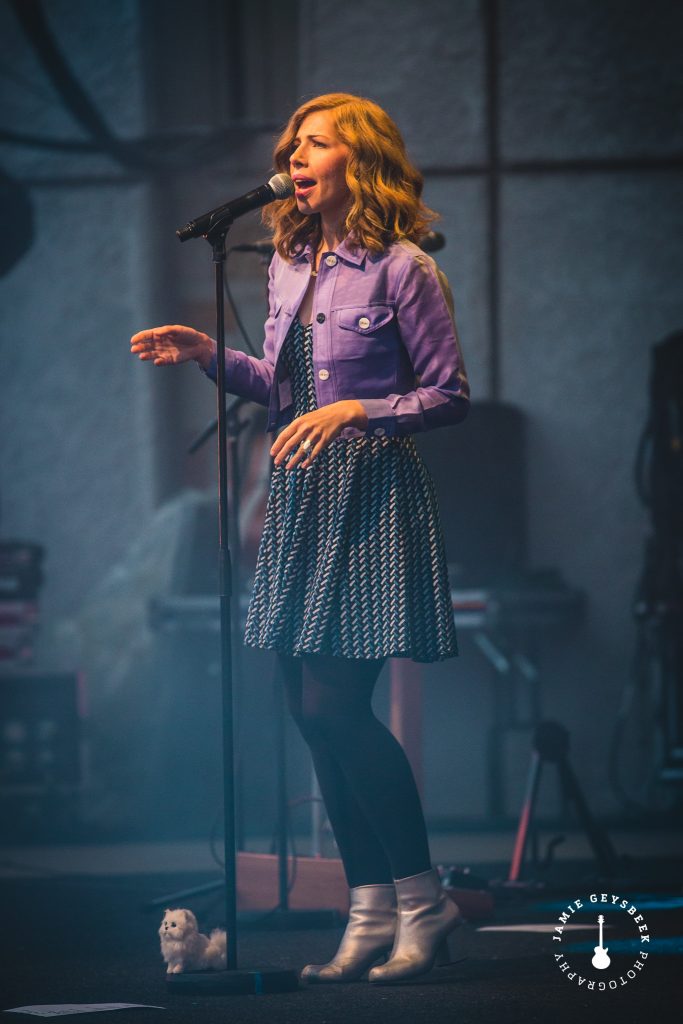 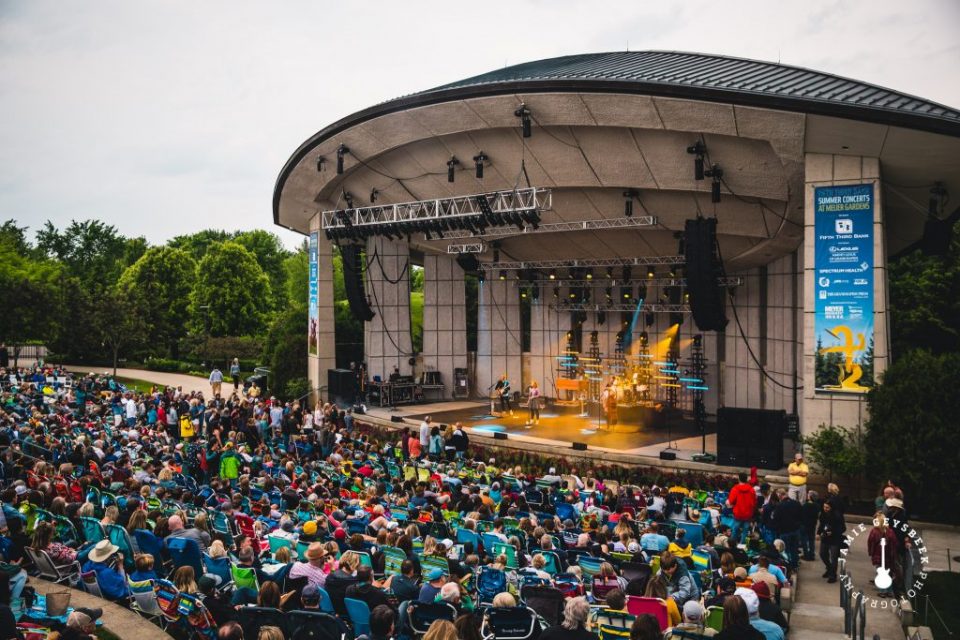 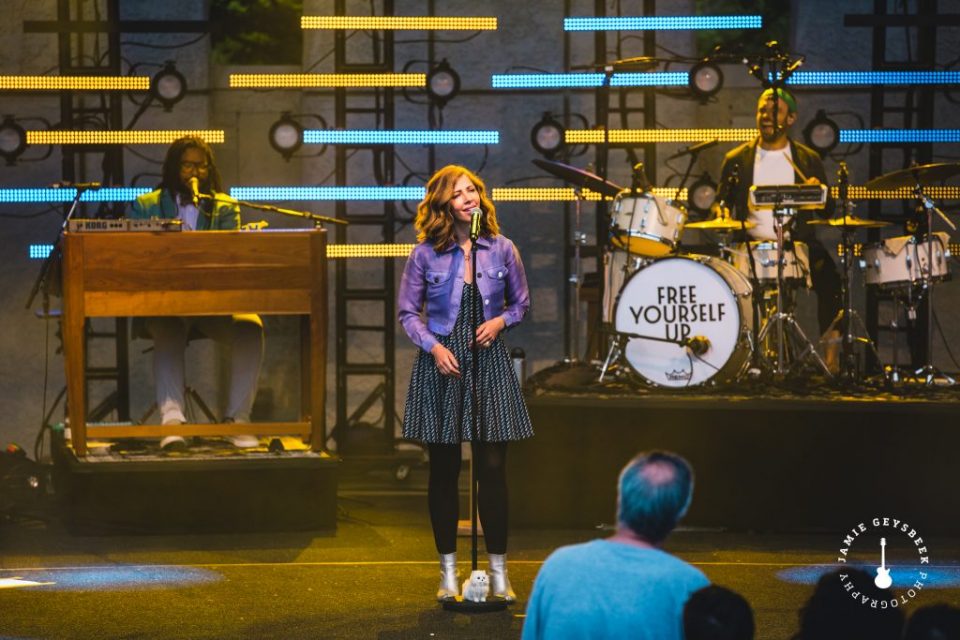 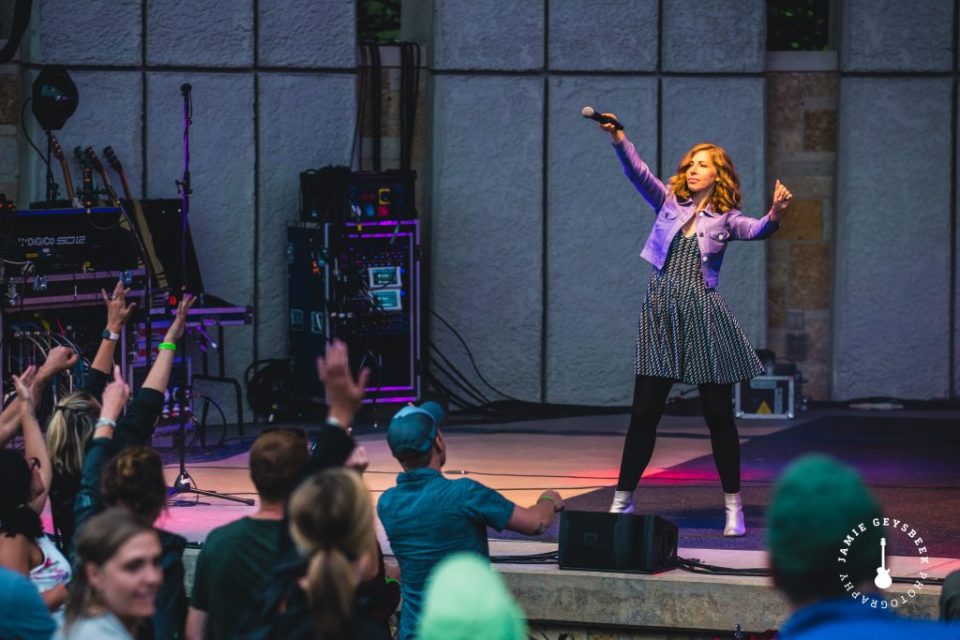 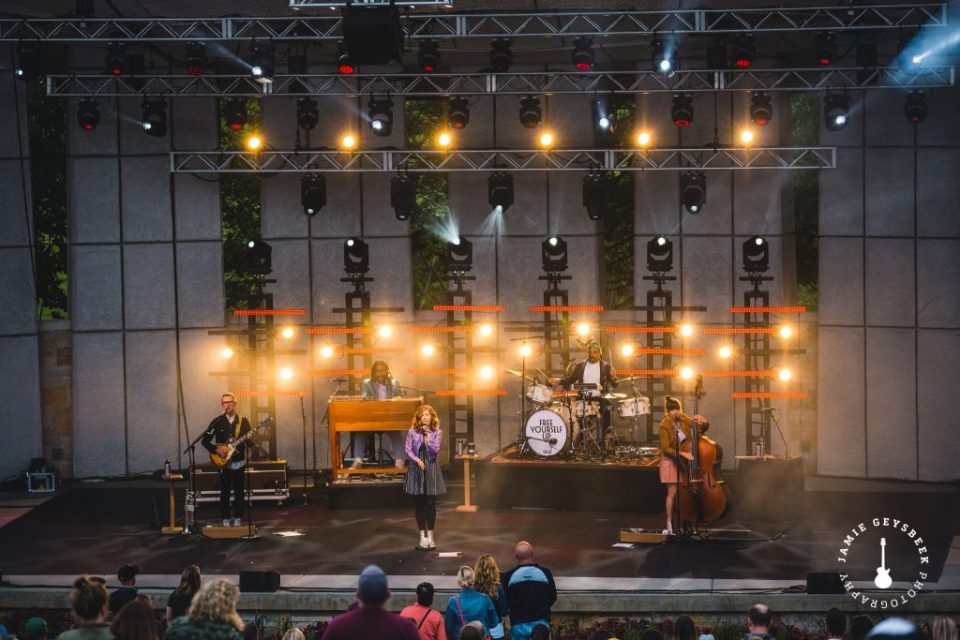 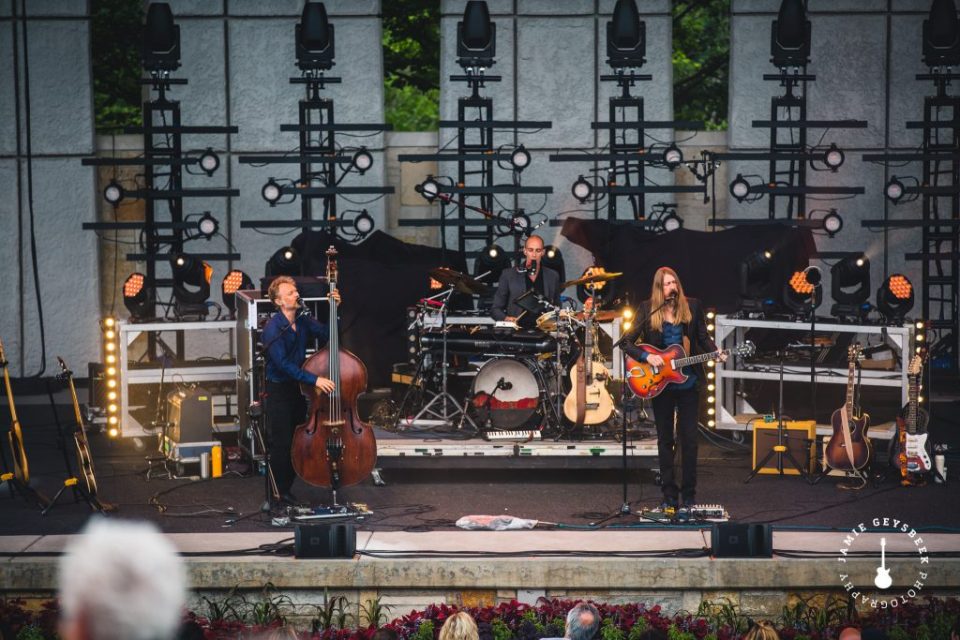 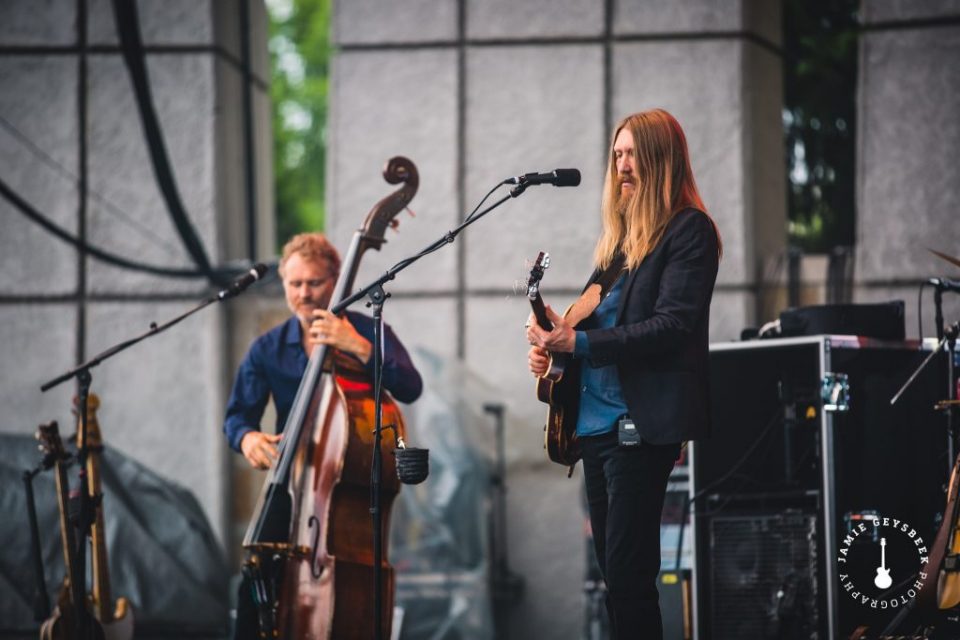 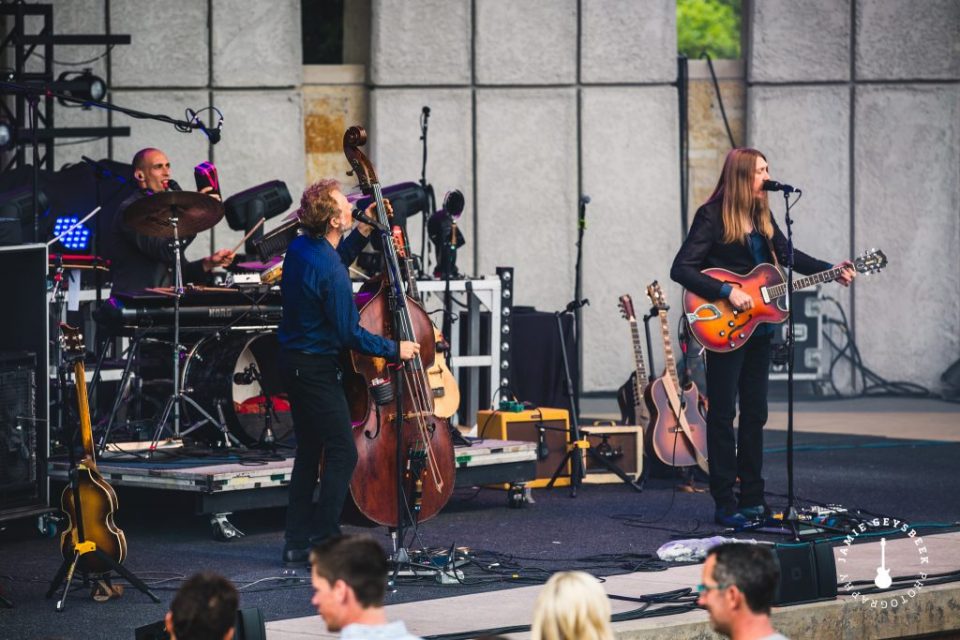