The old-school rock duo’s latest studio album shot straight to the top of the June chart of most-played local albums on WYCE. Check out the chart, listen to the music. 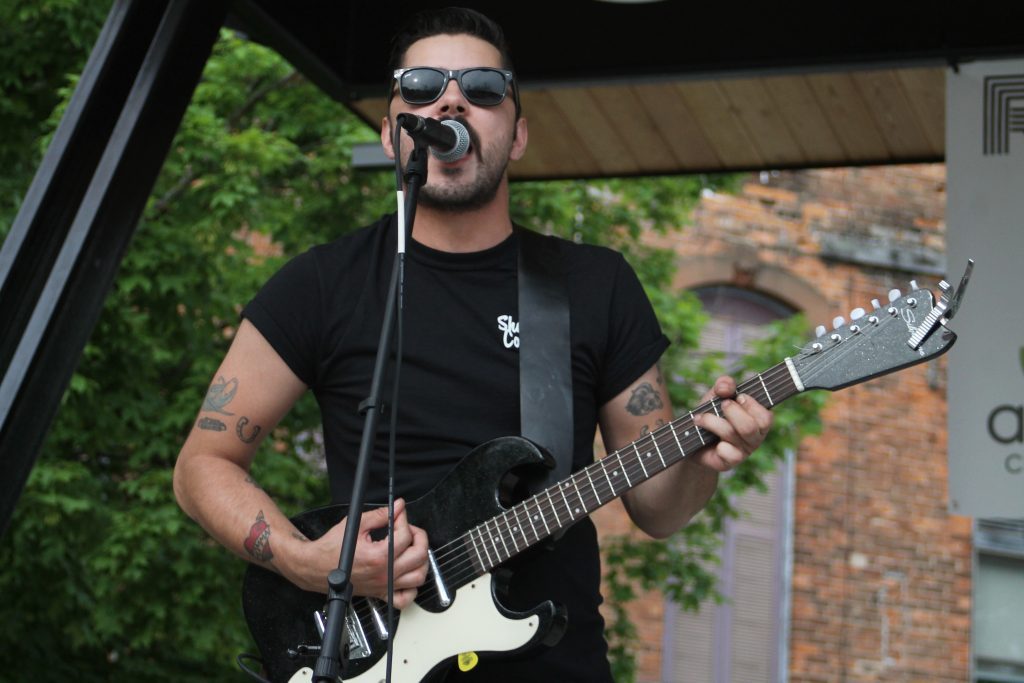 SCROLL DOWN TO LISTEN TO FEATURED ARTISTS, VIEW NEW RELEASES

Anyone doubting the power and popularity of West Michigan’s musical talent might consider the deeper story behind the Local Spins Hot Top 5 Chart for June.

The Grand Rapids rockabilly/rock/blues duo Jesse Ray & The Carolina Catfish soared to No. 1 on the chart with their latest studio album, “Love & Luck,” which received the most radio airplay on WYCE (88.1 FM) among local and regional releases last month. 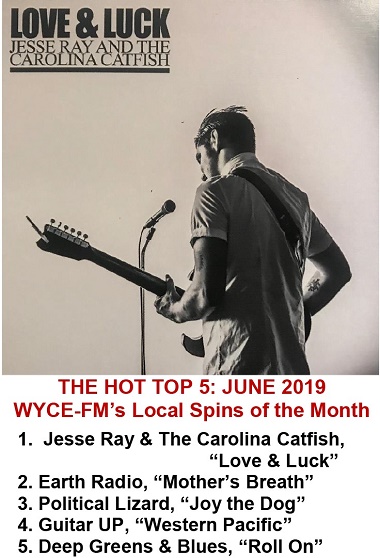 Three of this month’s albums are new entries.

But even more impressively, only the legendary Mavis Staples’ latest album, “We Get By,” earned more spins in June than Jesse Ray & The Carolina Catfish, which means the duo was No. 2 overall among ALL releases – international, national and local, according to WYCE Music Director Shane German.

The band known for its uber-energetic performances and raw “old-school” rock approach has a busy summer of gigging as it promotes the new album, which was recorded at the all-analog Goon Lagoon studio in Grand Rapids.

The June Hot Top 5 Chart also represented a bit of a shakeup from recent months thanks to some new entries, including Grand Rapids’ progressive neo-soul band Earth Radio with “Mother’s Breath” at No. 2 and Kalamazoo surf rock outfit Guitar UP! with “Western Pacific.”

Indie-folk/soft rock group Political Lizard, meanwhile, stayed on the chart for the second month in a row with its debut album, “Joy the Dog,” which snagged the No. 3 spot in June.

After three straight months at No. 1, Grand Rapids alt-country band Deep Greens & Blues finally dropped to No. 5 in June with its latest release, “Roll On.”

Listen to tracks from all the albums below.