Local Spins’ February music news update reveals a robust lineup for Jake’s Music Fest at Wealthy Theatre, new life for what was once McFadden’s, and the stars of April’s Feedback benefit at Founders. 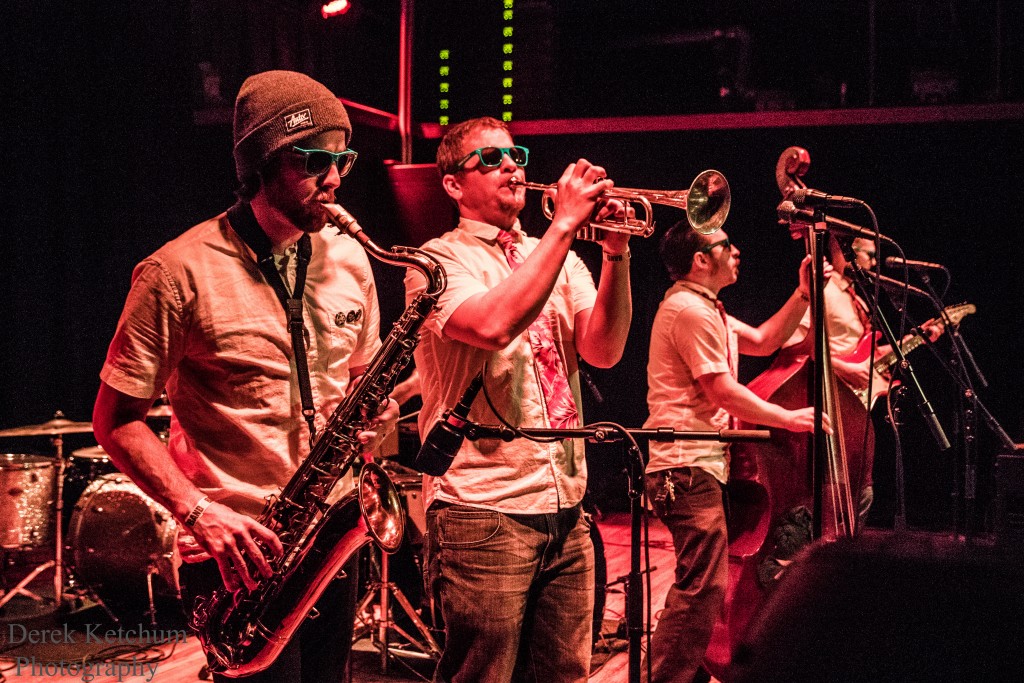 Bringing Ska to Jake’s: The Sailor Kicks will perform during the April festival at Wealthy Theatre. (Photo/Derek Ketchum)

This February music news update takes a look at the lineups for a couple of long-running annual events as well as taking a peek into what was once McFadden’s in downtown Grand Rapids and is now The Waldron Public House, which will host Marshland Express jazz on Friday nights. 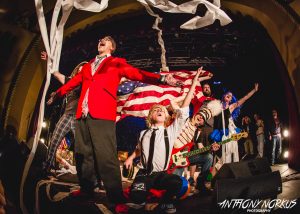 Last year, Jake’s Music Festival turned it up to 11 with a rollicking Spinal Tap tribute (Sext Farm) and toilet paper-and-vinyl-spouting romp (PotatoeBabies) that may have created the most entertaining and amusing display in the event’s history.

But the 12th edition of the annual music festival being planned for April 16 at Wealthy Theatre may boast the strongest lineup yet, with an impressive array of local and regional artists with fast-growing audiences.

The Legal Immigrants, The Sailor Kicks, Jesse Ray & The Carolina Catfish, Murder Party, Megan Dooley and Fathom 19 are just part of the one-day festival, which once will raise money for the Juvenile Diabetes Research Foundation.

Event organizer Tom Scheidel called the roster of performers “one of our best ever.”

Others on the 2016 bill include Nick Arthur & The Habitat, Charlie Darling & Olivia Joy, Emma Loo, JOE, Conway the Kid and Take3.

The event, which begins around 6 p.m. April 16, raises money for the cause through donations, sponsorships and a silent auction for a host of gift certificates and other items. See a recap and photo gallery from last year’s festival at Local Spins. 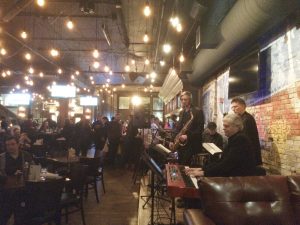 The Waldron Public House officially opens today (Saturday) in downtown Grand Rapids in the space once occupied by McFadden’s Restaurant & Saloon, but a soft-opening “run-through” on Friday night gave folks a taste of what’s to come.

The smartly renovated main-floor space of The Waldron, 58 Ionia Ave. SW, oozed comfiness and warmth, with the Marshland Express jazz band enhancing the ambience as it performed an early evening set on a “stage” adjacent to the bar. (Check out a video below.)

It was a nod to the past: Many decades ago, the Waldron building was known for its jazz club.

The Waldron plans to host jazz with the Marshland Express – drummer Randy Marsh, pianist Steve Talaga, bassist Warren Jones and saxophonist Caleb Elzinga – from 6 to 8 p.m. on Fridays, the same night that it will offer all-you-can-eat fish and chips for $10.

Mark Sellers of BarFly Ventures called it an experiment. He said the Waldron will give jazz nights a try for now and see how the music fares with patrons. The stage reverts to a cozy seating area when bands aren’t performing.

For his part, Marsh said he’s pleased about serving as the house band for jazz at the Waldron and praised the revamped setting in a building where jazz once flourished.

VIDEO: Marshland Express at The Waldron

FEEDBACK 2016 TO LIGHT UP FOUNDERS WITH THE ACCIDENTALS, SOUL SYNDICATE 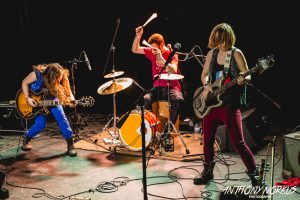 For more than 20 years, Feedback concerts have not only raised money for Access of West Michigan – with its coordination of a food pantry network and anti-poverty programs – but showcased a litany of emerging and high-profile West Michigan bands.

Traverse City’s The Accidentals and Grand Rapids’ The Soul Syndicate will play this year’s benefit on Sunday, April 10, with rock’s The Honeytones once again hosting and opening the show, which is also proudly co-sponsored by Local Spins.

The Accidentals have been hailed among the nation’s brightest young indie-folk stars, while The Soul Syndicate has established itself as one of the region’s pre-eminent vintage R&B ensembles.

Admission to the 4 p.m. April 10 event is a $5 donation at the door, and Feedback also will feature a 50-50 raffle and merchandise sales to aid the cause.

Feedback has raised more than $25,000 for Access of West Michigan programs over the years, with bands such as The Crane Wives, Domestic Problems, Mid-Life Crisis, Valentiger, Ralston Bowles, The Concussions, Hannah Rose & The GravesTones and many more performing at the almost-annual event.

Read more about the history of Feedback here. Learn more about Access of West Michigan and donate online here.