Local musicians gather Sunday for Feedback’s 20th anniversary to support Access of West Michigan. What a long, gratifying trip it’s been, involving dozens of acts since that first benefit at the old Intersection. 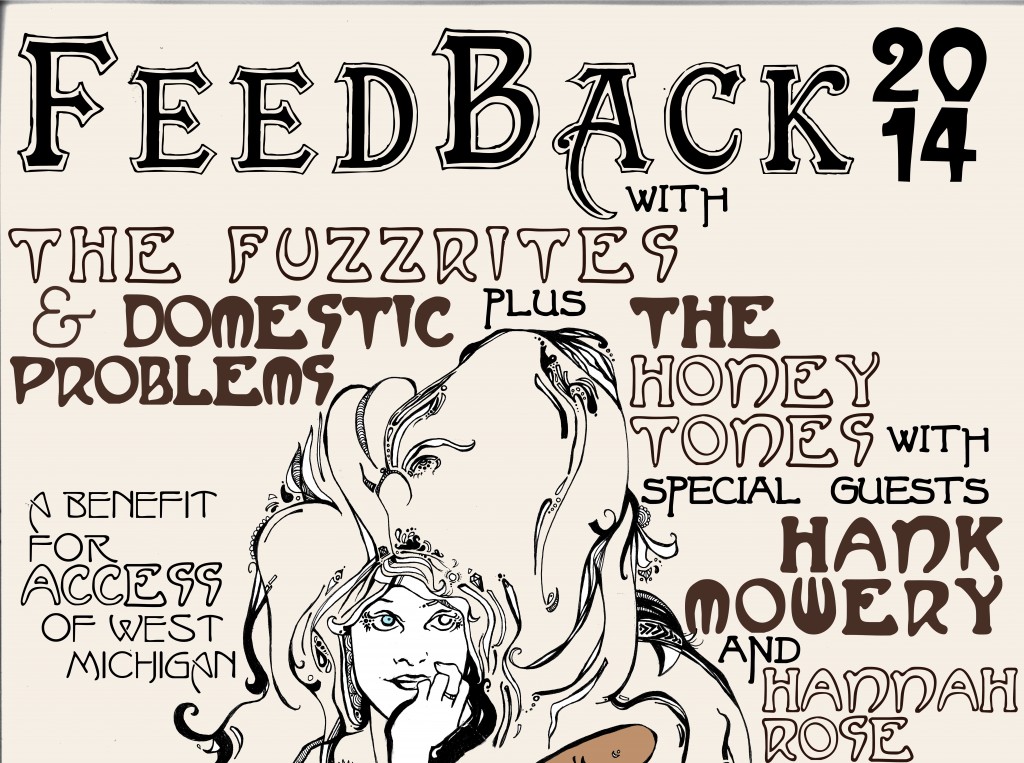 EDITOR’S NOTE: THIS COLUMN FIRST RAN AT LOCAL SPINS IN NOVEMBER 2014. THE APRIL 29, 2018 FEEDBACK EVENT TAKES PLACE AT 4 p.m. AT FOUNDERS BREWING CO. IN GRAND RAPIDS WITH PERFORMANCES BY THE HONEYTONES, HOLLYWOOD MAKEOUT AND DESMOND JONES. DETAILS ABOUT THE 2018 SHOW ONLINE HERE.

Thirty years ago, “feed the world” became a record-setting musical mantra – an ubiquitous new holiday standard that spread like wildfire across the globe.

Taken aback by reports on an Ethiopian famine, Irish singer Bob Geldof of The Boomtown Rats was inspired to co-write the song “Do They Know It’s Christmas” with Midge Ure from Ultravox. They created “Band Aid” with a superstar cast – U2, George Michael, Duran Duran, Phil Collins and many more – to record the tune in a London studio. It was released four days later, on Nov. 28, 1984. 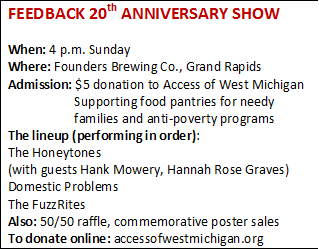 With its catchy refrain, “Feed the world, let them know it’s Christmastime,” it became one of the best-selling singles of all time (selling about 12 million copies in five years), inspiring people from across the globe to donate to the cause, and more than anything, raising awareness – through music – of the plight of millions of starving families. A 30th anniversary version of Band Aid revamped the song earlier this month to raise funds to battle the Ebola virus epidemic in West Africa. 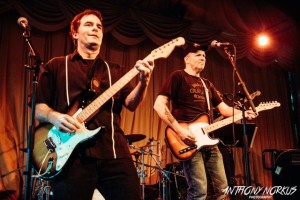 Instead of millions of listeners, several dozen rock devotees gathered for sets by Two Headed Sam, Workshop and The Honeytones for what was then dubbed the Basement Bands Benefit before being more appropriately re-named Feedback a year later.

As members of The Honeytones, Charley Honey and I were taken aback by the dire needs of those living well below the poverty line in our very own community – our neighbors , if you will – and looking for ways to spotlight some promotionally under-nourished bands at the same time.

Feedback seemed like one way to draw attention to both, with the non-profit Access of West Michigan serving as the perfect umbrella organization to support, due to its anti-poverty programs and coordination of Kent County’s network of food pantries. 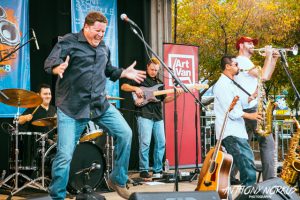 Domestic Problems: The band played the 1998 Feedback at The Rhythm Kitchen.

Two decades later, Feedback endures, or in “The Big Lebowski” parlance, Feedback abides, celebrating its 20th anniversary at Founders Brewing on Sunday with appearances by Feedback alums Domestic Problems, The Fuzzrites and The Honeytones, along with special guests Hank Mowery and Hannah Rose Graves.

As always, Feedback still strives to spotlight some amazing West Michigan bands and still aims to shed light on needs served by Access that are more robust than ever: One in five Kent County children don’t always know where their next meal will come from and nearly 58,000 Kent County residents relied on a food pantry one or more times last year.

These are sobering statistics of which I’ve become ever more painfully aware after becoming a member of the Access board a few years ago. I’ve also seen firsthand how this organization’s small and dedicated staff has worked tirelessly to assist and coordinate the system of 75 Kent County food pantries, host poverty education programs, work with area congregations to deliver assistance and social services to the needy seeking help, and oversee a countywide food drive, the annual Hunger Walk and so much more. They do so much for so many with so few resources. (Can’t make it to Feedback? Donate to Access online here.) 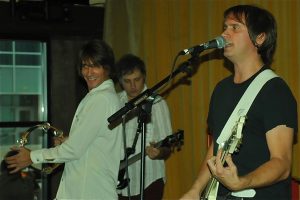 As daunting as the mission might be, I view these Feedback events as an upbeat celebration of Grand Rapids’ music community coming together joyously to turn up their amps and take a loud, rock ‘n’ roll swipe at hunger and poverty – and hopefully, get a few folks to donate to the cause — which so far they’ve done the tune of more than $25,000 over the years.

“I love the vibe that is created when musicians and their fans come together to support a cause like this,” Charley says. “It produces a powerful sense of community as people gather to enjoy great music while helping out others going through hard times. I always come away from Feedback with a wonderful feeling of joy, and I expect this year I’ll feel that more than ever.”

That same feeling I’m sure was shared by musicians who gathered in London to record “Do They Know It’s Christmas” 30 years ago, although I might argue there’s something more personal and immediate and gratifying about assisting those in your own community, which is why I’m betting hundreds of Feedback-like events are organized by bands not unlike The Honeytones in cities across the country every year. 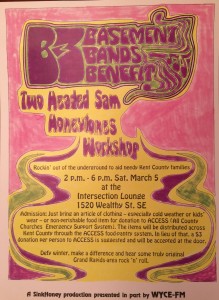 Feedback Circa 1994 before the name change.

That’s because the marriage of music and worthy causes really seems to work, not only because it attracts eager audiences but because there’s a sense of selflessness and camaraderie that compels musicians to donate their time to events like this.

In 20 years, I’ve never had to twist arms or plead with bands to perform. They do it more than gladly, often ask to play, ask to be part of this communal event. Some of them even gladly participated in a Feedback-inspired song, “Feed Our People,” we recorded last year at Mackinaw Harvest Music studios that was later turned into a video. (And check out videos of some past Feedback performances below.)

So on the 20th anniversary of Feedback, we’re asking any and all musicians who’ve ever performed at the event to swing by Founders on Sunday so we can acknowledge them and thank them for being part of a special celebration that’s lasted for two decades. And because I couldn’t get hold of some of them and others likely can’t attend, I’ll thank them right here for their efforts. Call it the Feedback Honor Roll:

All of them have helped “feed the world” – or at least, our little part of it. Here’s hoping some more folks join them on Sunday.