On what turned out to be a nearly flawless summer evening, the legendary keyboardist unfurled an enthralling, genre-bending lesson in jazz. Read the review and a musician’s take. 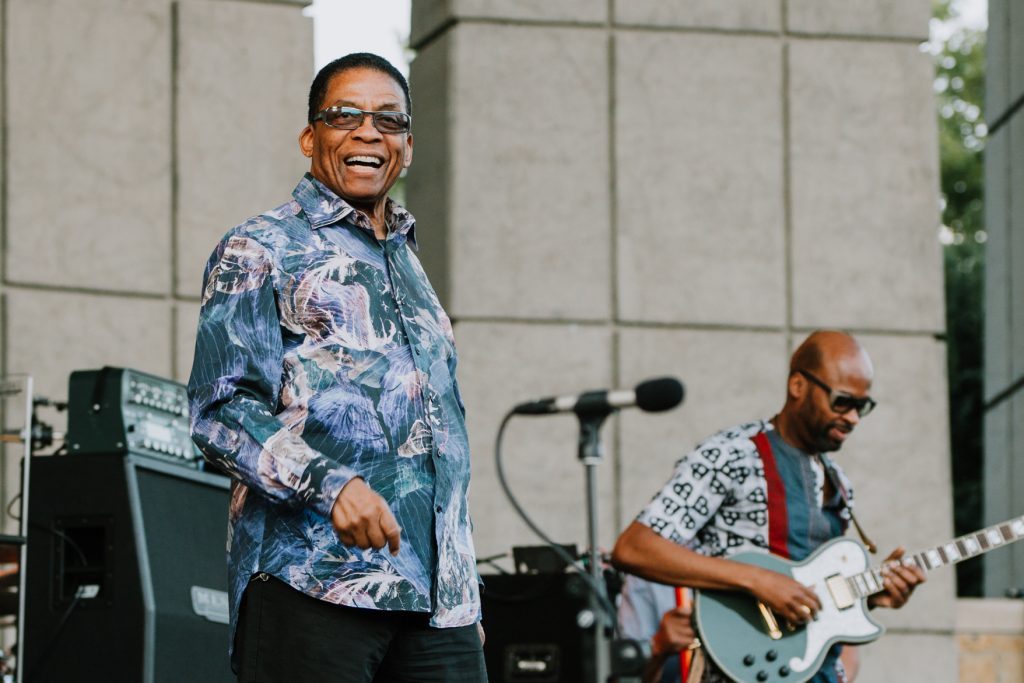 Maybe it was just another night for Herbie Hancock.

After all, this is a man who’s been performing in front of audiences for the better part of six decades. So who could blame him if he took it easy and played it safe? After all, he could have just run through a half-dozen of his hit songs and thrown in a few jazz standards and the audience would have loved it.

But that’s not how Herbie Hancock rolls. Not when he was 28, not when he was 48, and not now even at 78. The keyboard maestro and his brilliant band gave the audience a lesson in the history of jazz, but school was never like this.

A brief pre-concert flurry of raindrops didn’t dampen the crowd’s enthusiasm, since it was followed immediately by more sunshine. Both the meteorological kind and that provided by guitarist Lionel Loueke, who opened the show, showcasing the technique and artistry (and voice) he’d also put to use later with the full band.

His thumb-popping, scratching, wordless and non-English vocals and the use of both a harmonizer to create harmonies and looping for background all served to demonstrate his mettle.

His amazing technique at one point brings to mind a train, at another the cry of gulls. Like Adrian Belew, he uses these sounds as part of the music, rather than simply dazzling the crowd with the bevy of sounds he creates. An appreciative audience even participated in some call-and-response singing with him.

After a brief intermission, the band – Loueke, drummer Trevor Lawrence and bassist James Genus – came on stage, followed by the impossibly young-looking and young-acting Hancock. But it’s not an act: It’s obvious that his love of music truly does keep him decades younger than his chronological age.

When a member of the audience cried out for his hit “Watermelon Man” before he even played a note, Hancock playfully dismissed him, saying they’d get to some of the old stuff, but first was a trip to space.

GOING ALONG FOR A SPIRITED, EXPLORATORY RIDE

“We don’t know where we’re going, you’ll just have to go along for the ride,” he told the audience. He then whipped up the space machine, and the band zoomed along.

Hancock switched effortlessly from piano to synthesizer and back again, sometimes with one hand on each. In places, it was reminiscent of the modal and bop jazz he cut his teeth on, but with Loueke’s scratching and otherworldly guitar atop it. The guitarist again began using looping to create a background for himself before the rest of the band jumped back in. Hancock threw in quotes from “Chameleon” on acoustic piano in the midst of the dense mix, before again heading into space, then turning on a dime as he and the band ended the tune with that hit. 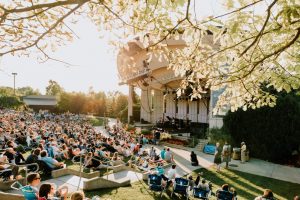 Hancock introduced “Actual Proof” as “something I wrote about 50 years ago, from the Headhunters days.” “Actual Proof” and the album, “Thrust,” were really released only 44 years ago, but who’s counting? And in the hands of this band, it’s got an energy and spirit that makes it completely contemporary.

Ever the restless experimenter, Hancock was one of the first to use a vocoder. Back then it often came off as kind of a jokey musical toy, but over the years he’s made it musical. Add Loueke’s multiple voices courtesy of the harmonizer and there’s even more musical muscle.

Speaking of musical toys, the set closed with a rollicking “Cantaloupe Island” which found Hancock strapping on the keytar. Both the band and the crowd obviously had a blast, and it ended with the audience on its feet.

Fans were still standing when the band returned for a full-on electric funk version of “Chameleon.” Hancock began laying down the rubbery bass line offstage, then strode back on stage while running his fingers effortlessly up and down the keyboard strapped around his neck.

Yes, those same 78-year-old fingers that earlier dazzled on the piano. He played to the crowd and to the band, and when it was all over, the standing ovation was well-earned. 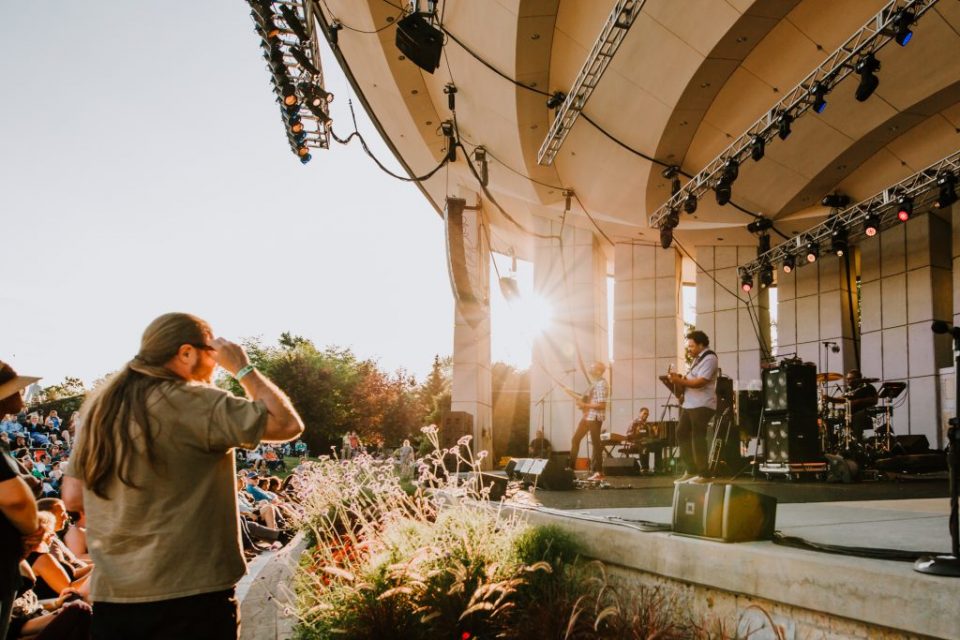 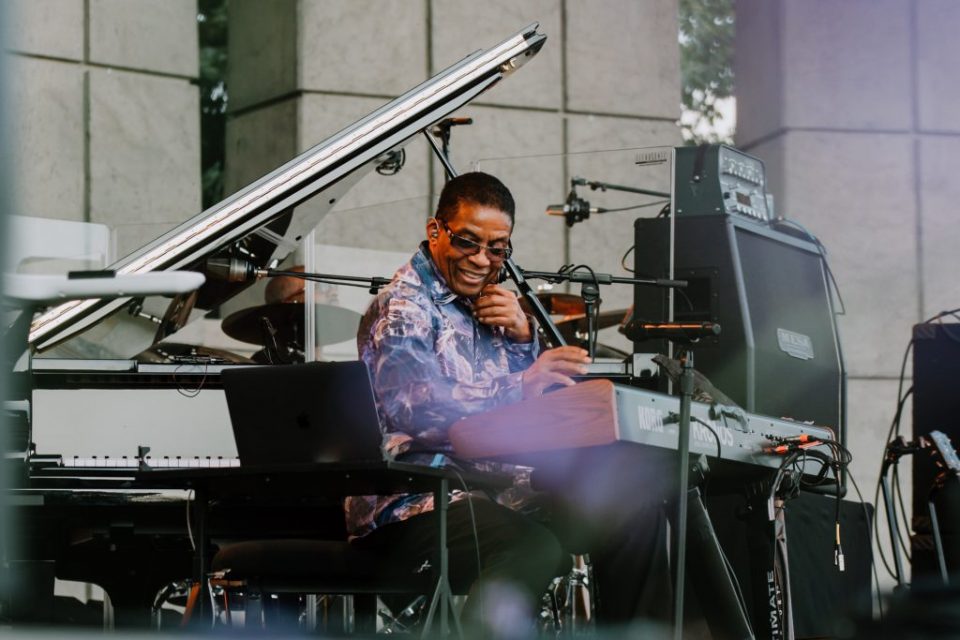 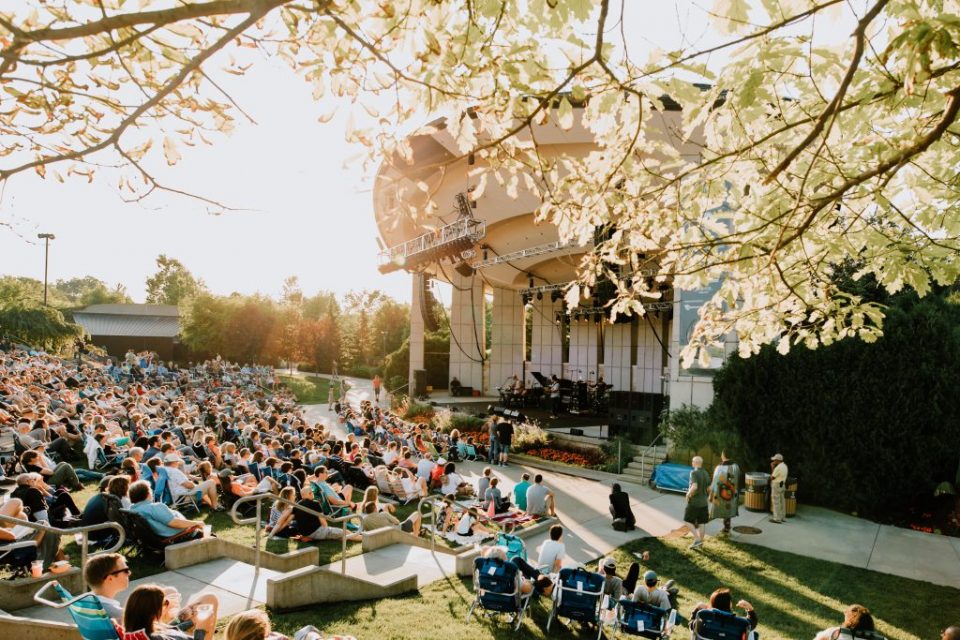 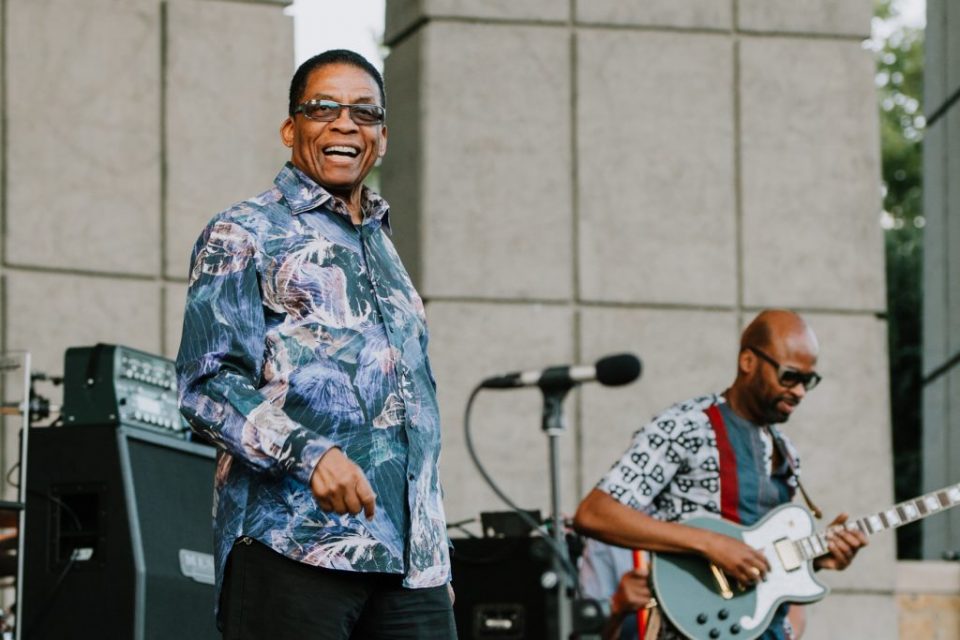 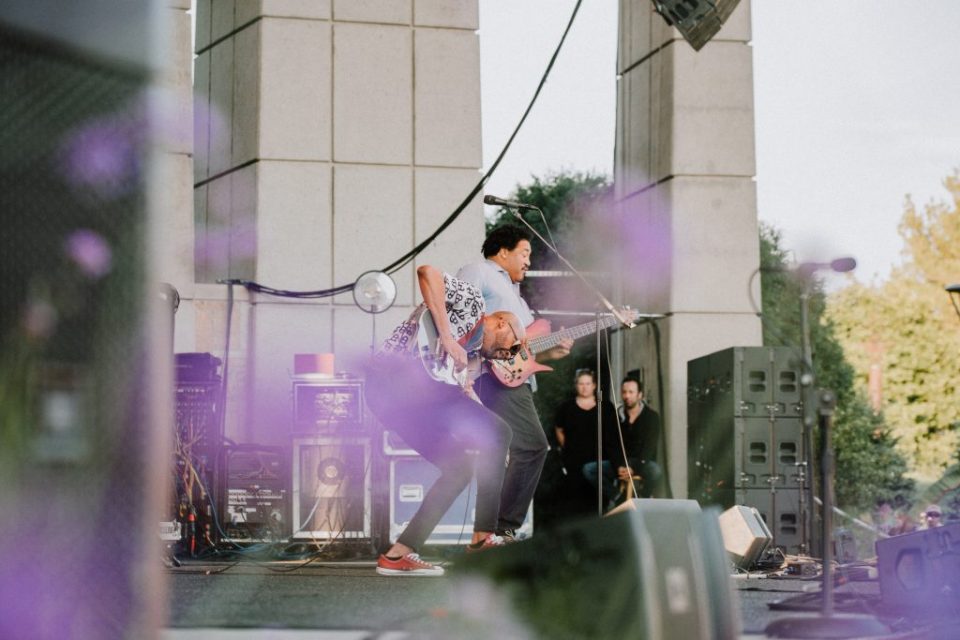 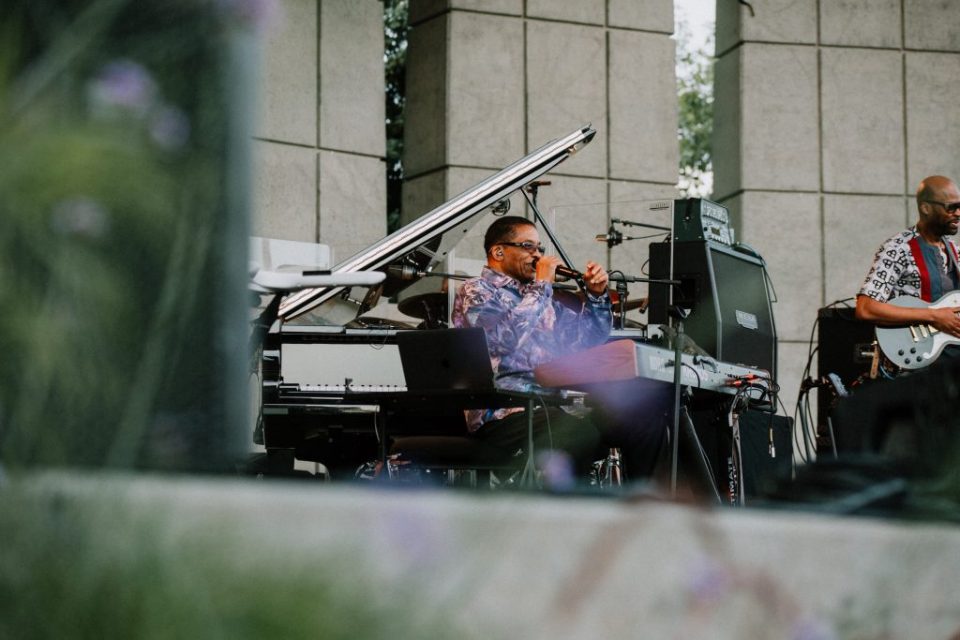 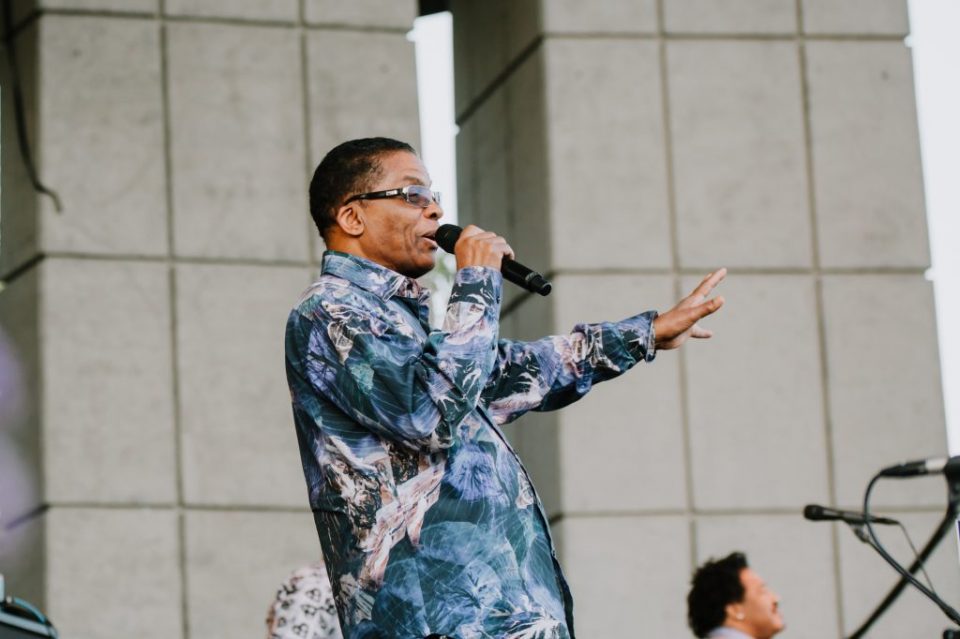 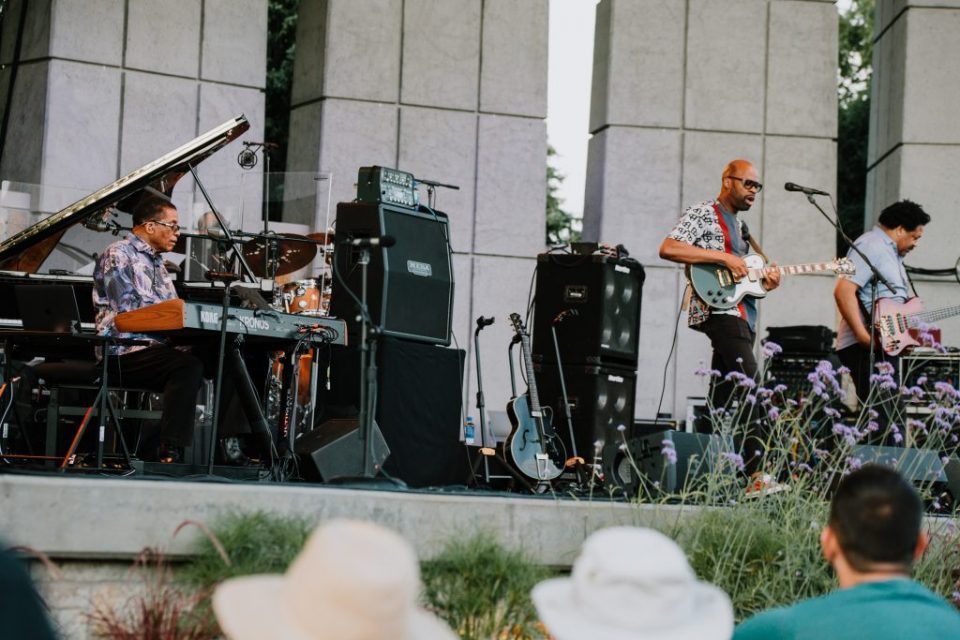 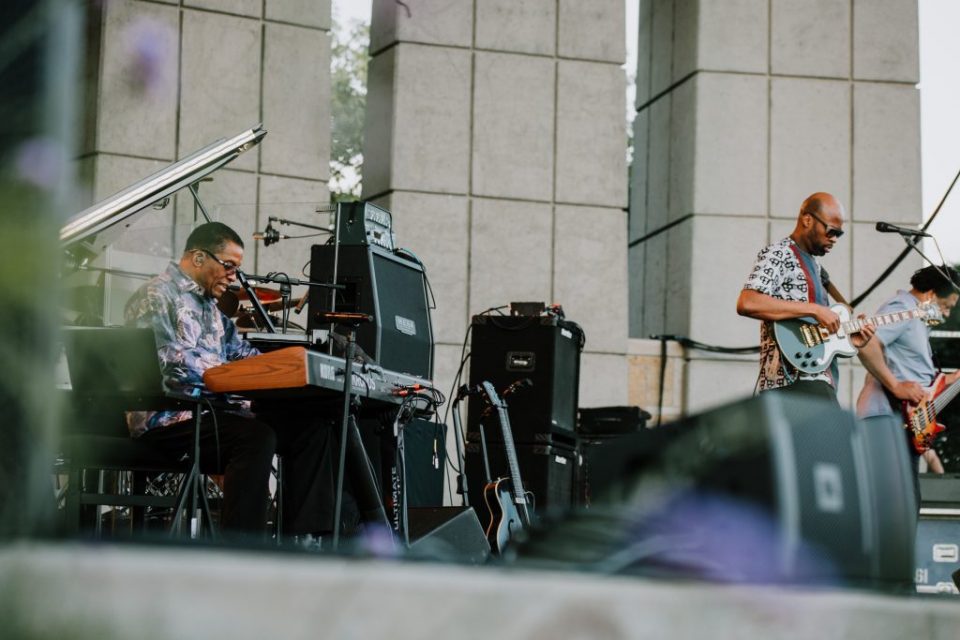 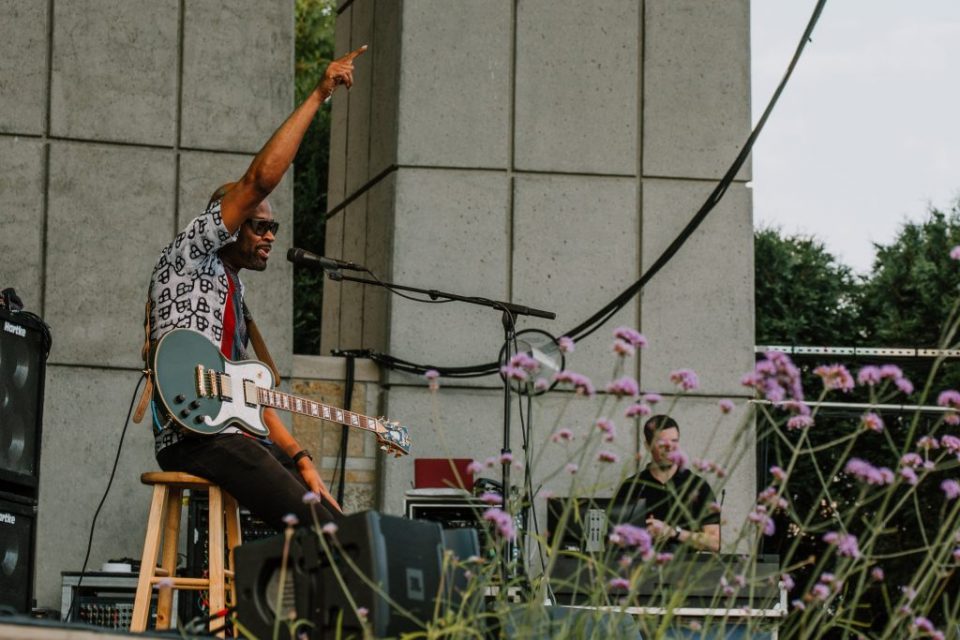 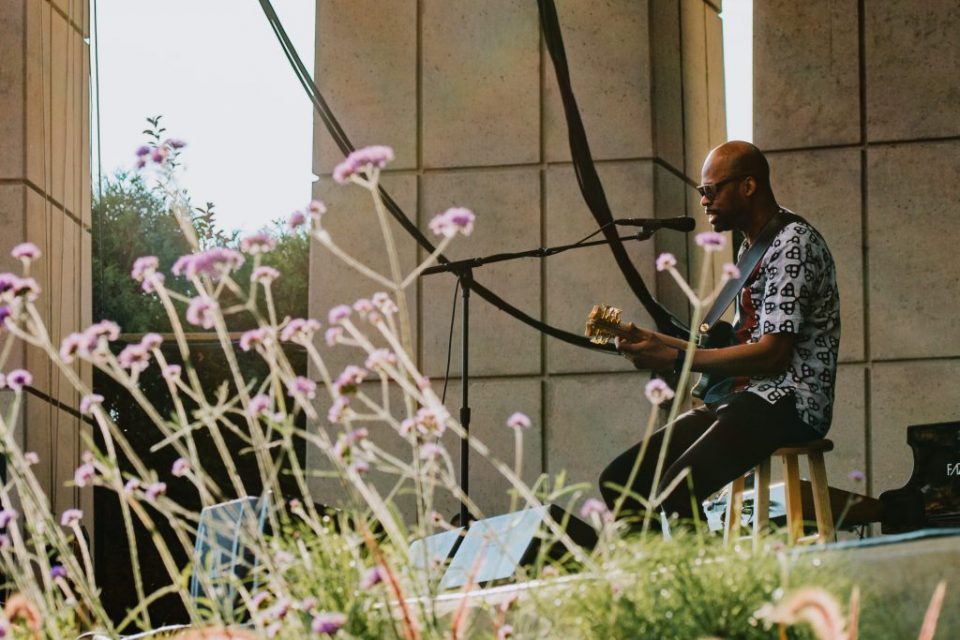