For the third year, Local Spins calendars are spotlighting emerging Michigan acts with a national buzz in its calendars, not to mention Michigan music festivals. 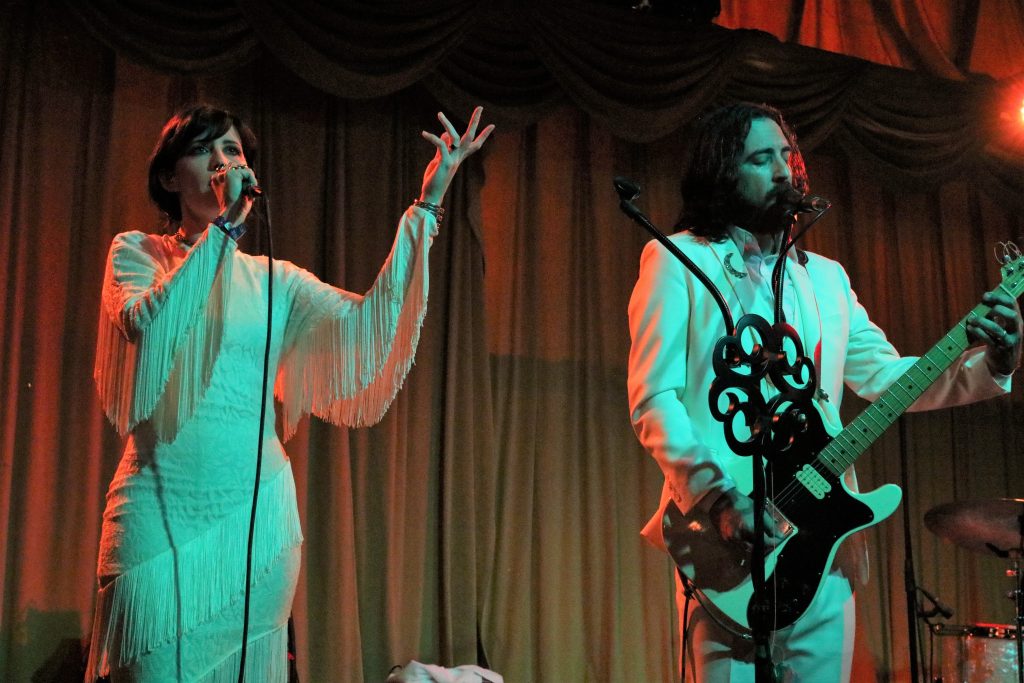 March: In the Valley Below graces the third month of the 2018 calendar. (Photo/Anna Sink)

To say it’s been a banner year for Michigan’s music scene might be an understatement.

Established, nationally acclaimed acts such as The Accidentals, Greensky Bluegrass, Borns, Billy Strings and The Crane Wives have continued to build their audiences – and their considerable reputations.

And several brand new faces have skyrocketed to prominence: 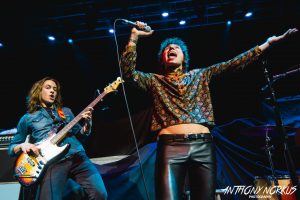 • Rock’s Greta Van Fleet, hailing from the non-megalopolis of Frankenmuth, has become one of the hottest young commodities across the globe, with their Led Zeppelin vibe and infectious stage presence – earning attention from powerhouse media outlets everywhere they go. They’re also selling out venues everywhere they go, from New York City’s Bowery Ballroom to the main showroom of Grand Rapids’ Intersection (which sold out its upcoming Dec. 30 concert in 21 minutes).

Read more about them at Local Spins here (and come back to Local Spins later this month for an exclusive interview with the band): https://localspins.com/greta-van-fleet-proves-that-rock-n-roll-is-in-good-hands/ 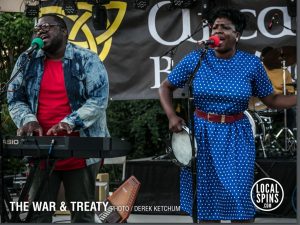 January: The War & Treaty kicks off the year. (Photo/Derek Ketchum)

• Folk-soul’s The War & Treaty, based in Albion and turning heads literally every time they perform, was hailed by Rolling Stone magazine as one of the “best things” at the 2017 Americana Fest in Nashville and have earned a reputation as a must-see live act. In July, when I hosted them for the first time in the studio for the Local Spins on WYCE radio show, all of us sat there dumbfounded afterward, awed by their hair-raising vibe. (Check out that in-studio performance here.)

• 17-year-old blue-rock guitarist Jake Kershaw, who’s just a junior at Marshall High School, took off so fast as a jaw-dropping performer that WLAV-FM made him a headliner for the station’s Summertime Blues series, attracting the biggest crowd of the summer. Kershaw released his debut album earlier this year and it’s quickly become one of the most-played regional albums at WYCE.

• Indie-rock’s In the Valley Below, which actually made an international chart splash with its debut album when it was based in Los Angeles back in 2014, relocated to Grand Rapids and quickly became a favorite of everyone who heard them or saw them play. Angela Gail Mattson and Jeffrey Jacob Mendel (with drummer Joshua Clair) packed them in for Founders Brewing Co.’s first-ever “residency” (playing three Wednesday nights in a row) and later released their highly praised “Elephant” EP, which Impose Magazine described as a socially conscious, sonically satisfying indie-rock-infused-with-dream-pop release. 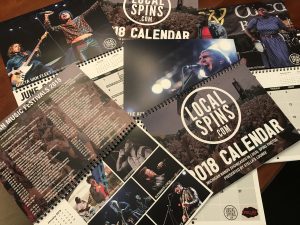 Michigan Love: Two dozen bands and more than 50 festivals are featured in the new calendar.

Because of that, all four of these acts are featured in the 2018 Local Spins Calendar, which celebrates Michigan’s music scene in photos and listings of more than 50 Michigan music festivals.

Those four, of course, are just the tip of the musical iceberg, one which also boasts sizzling young, regional acts such as Michigander, Lipstick Jodi, The Autumnatic, Emma Loo, Yolonda Lavender, Melophobix and Conrad Shock + The Noise – all of whom have generated a buzz for new albums and/or performances.

They, too, are featured in Local Spins calendar photos, along with local faves such as Dante Cope, Valentiger, Mark Lavengood, Mustard Plug, The Verve Pipe, Luke Winslow King, Jim Shaneberger, Paradise Outlaw, Bigfoot Buffalo, ConvoTronics, Flushed, Alexander Lynch and The JetBeats. Of course, we’ve written about all of these bands, too, and featured them in videos and photo galleries.

When we created our first calendar a couple of years ago, the idea was to find a way to showcase not only our amazing Local Spins photographers but the bands they were shooting at so many audience-inspiring concerts. (We’re proud to say that those aforementioned nationally acclaimed acts — The Accidentals, Greensky Bluegrass, Borns, Billy Strings and The Crane Wives — have all been featured in previous years’ calendars.) 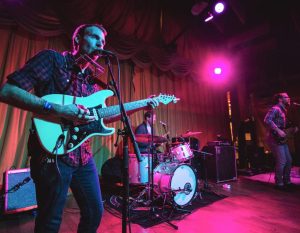 That mission continues for 2018, and the audience-inspiring shows just keep the torch burning.

Not only that, but a portion of proceeds from every calendar sold will be donated to Access of West Michigan, which operates anti-poverty programs in the Grand Rapids area and helps coordinate food pantries for needy families.

Oh, and these may be the most unique Michigan-made gifts you can present to anyone for the
holidays – showing support for our region’s growing music scene and the website that’s dedicated to spotlighting those artists.

Order yours by Tuesday morning to ensure delivery by Christmas. And thank you.

Calendars also are available at Vertigo Music and Rainbow Music in Grand Rapids, and at SpeakEZ Lounge on Wednesday nights for the Local Spins Wednesdays series. 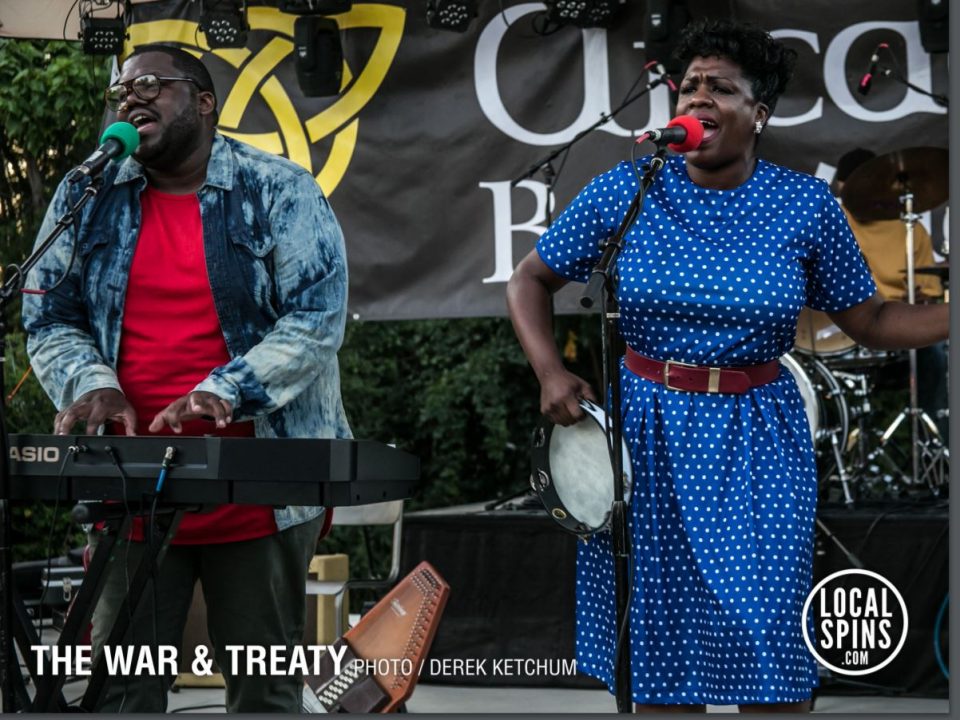 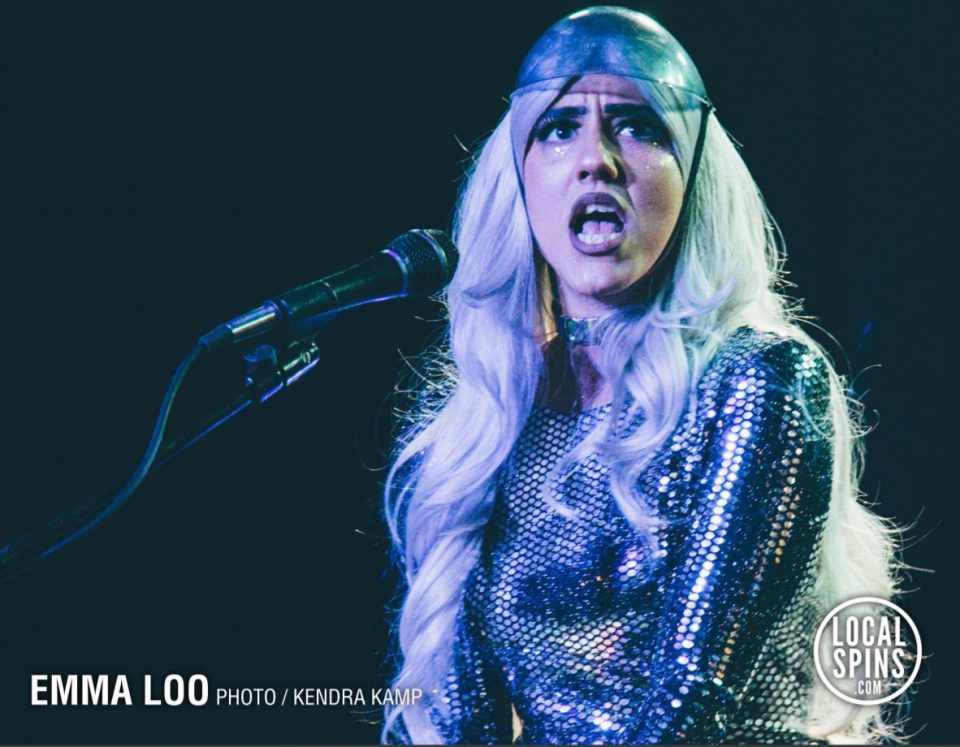 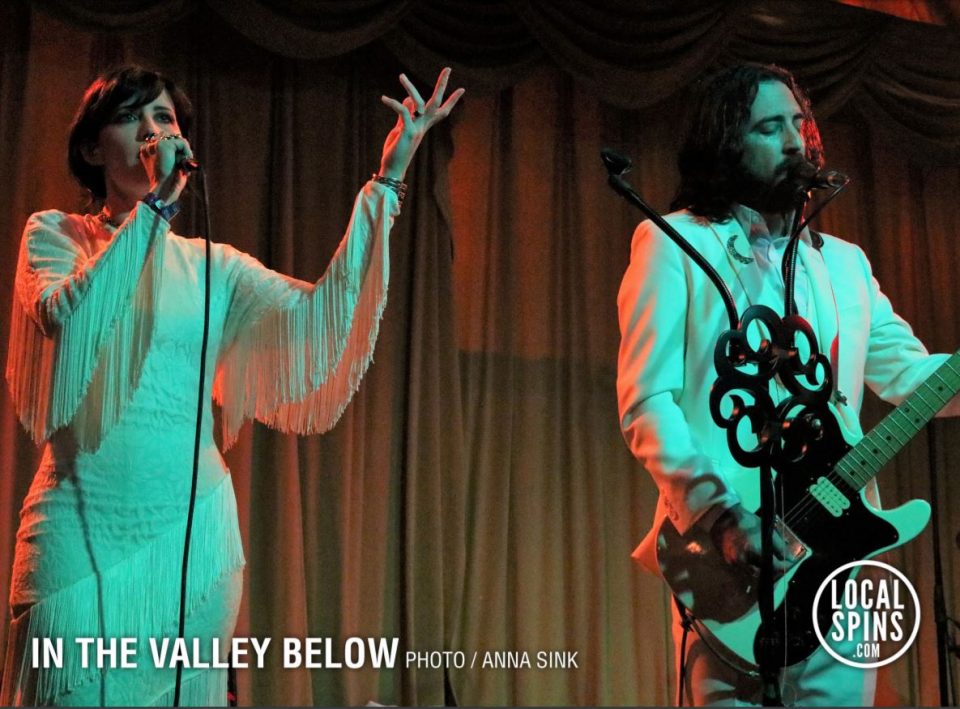 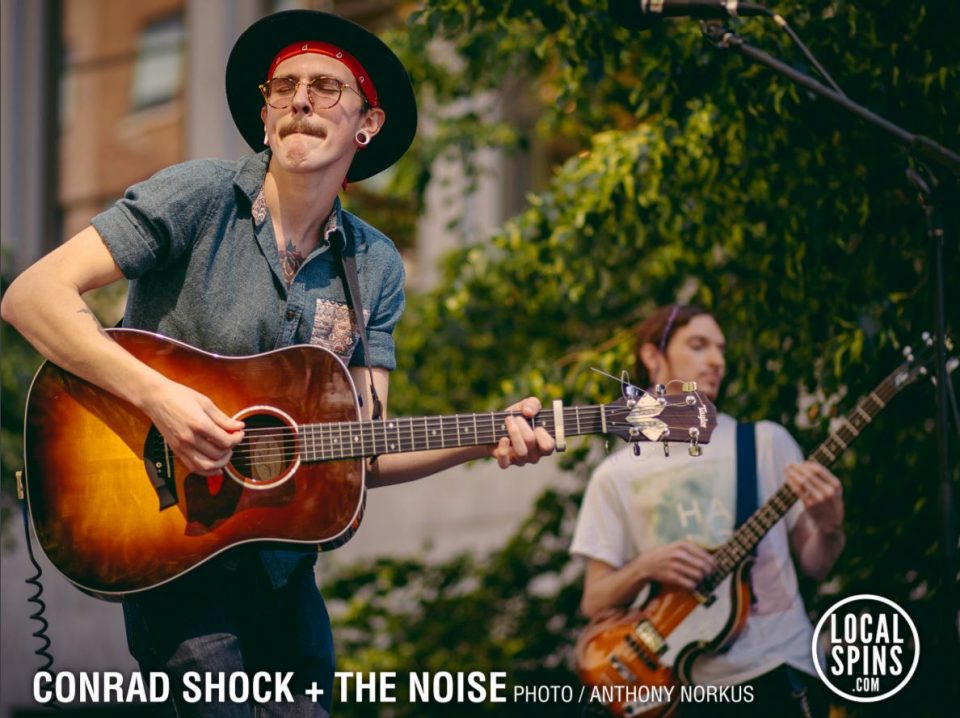 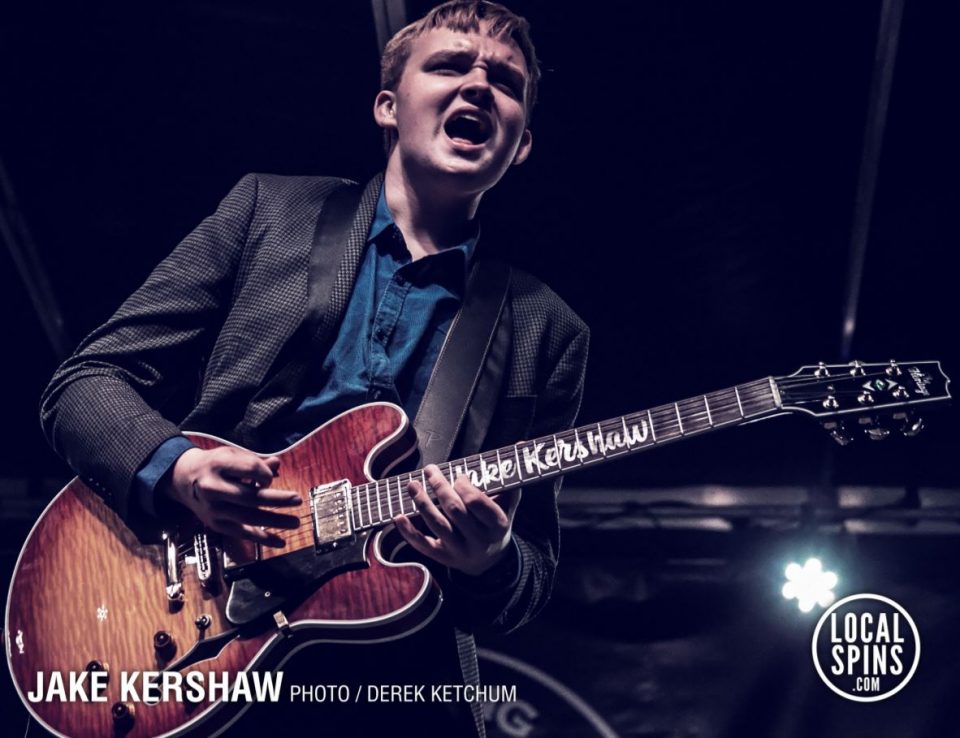 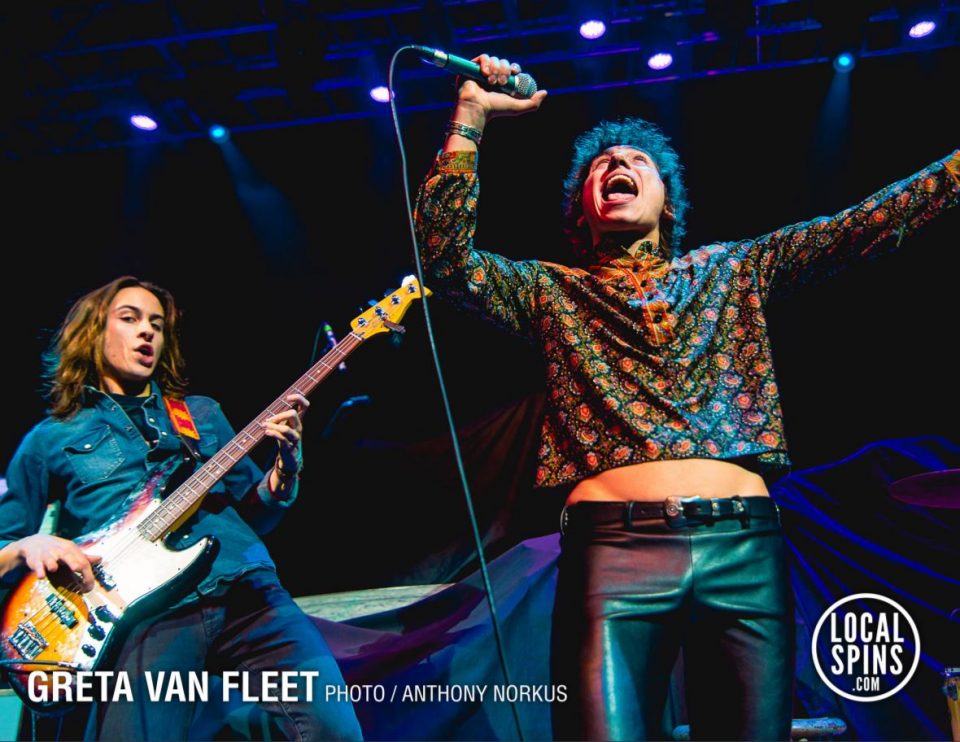 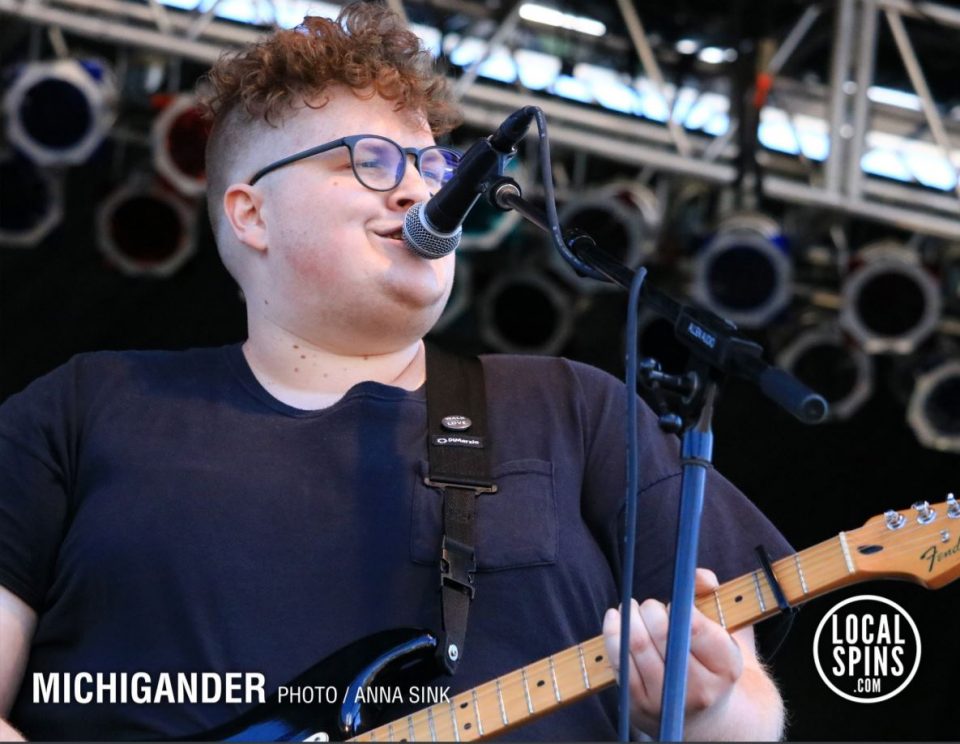 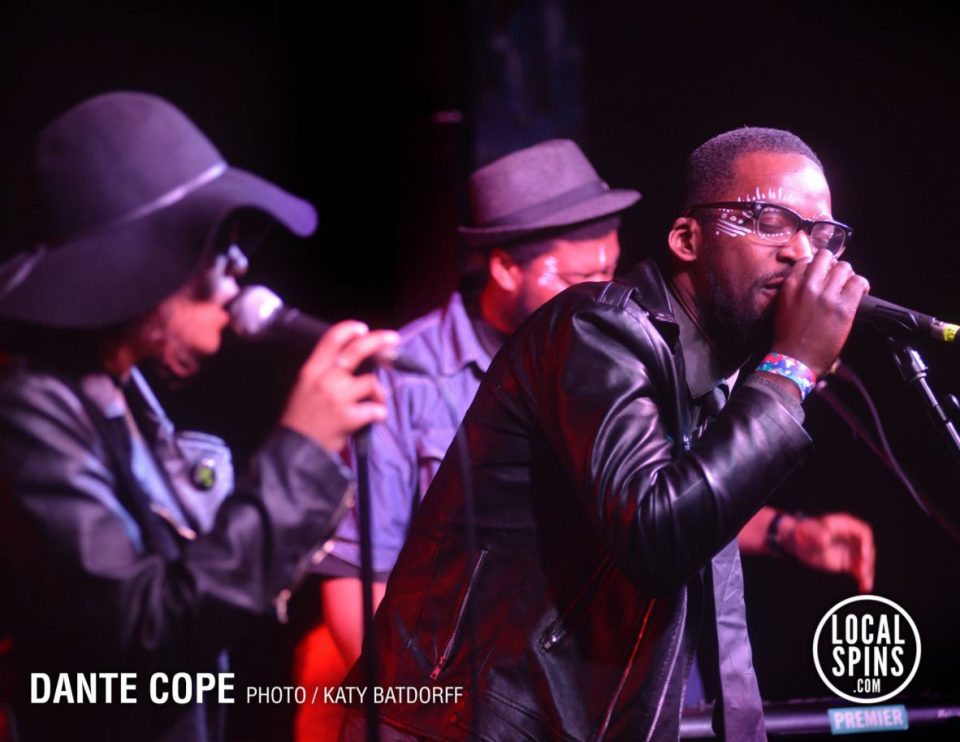 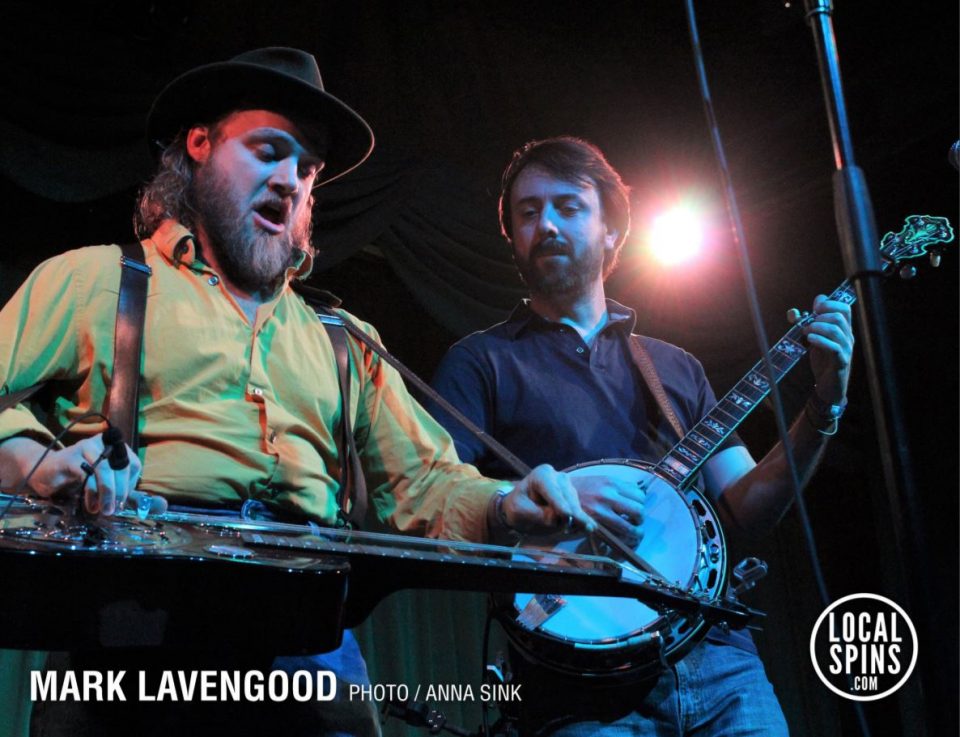 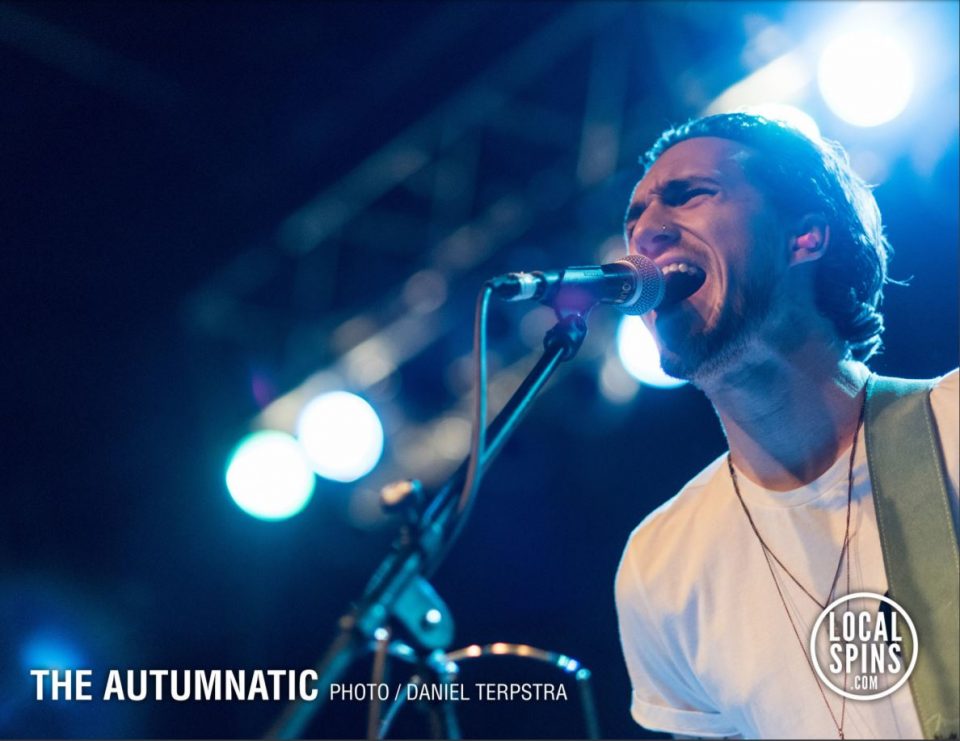 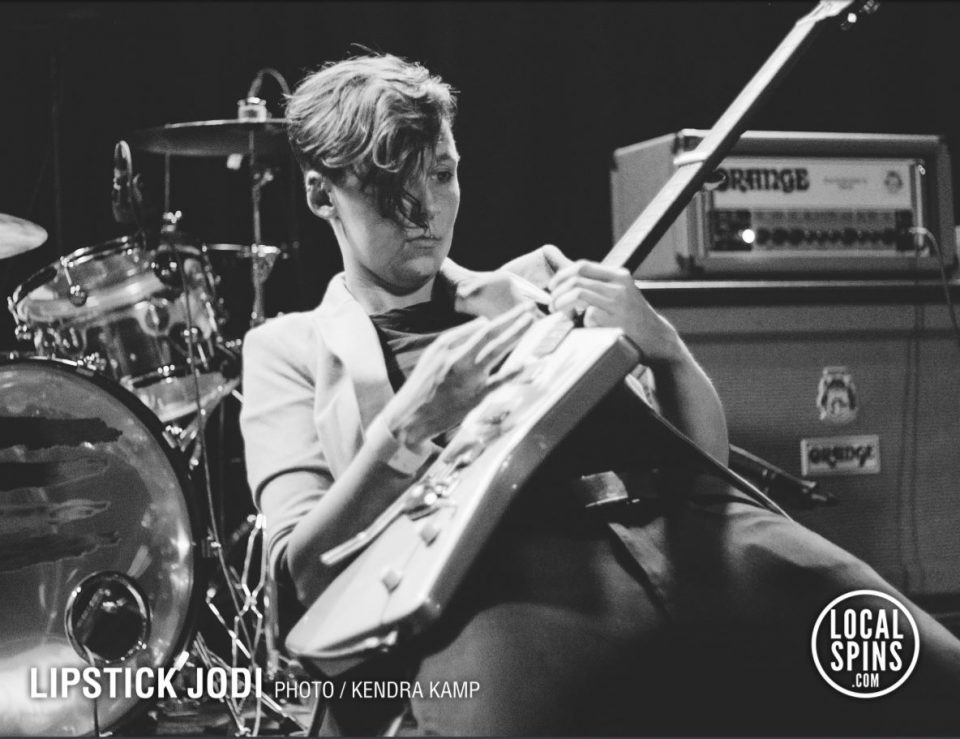 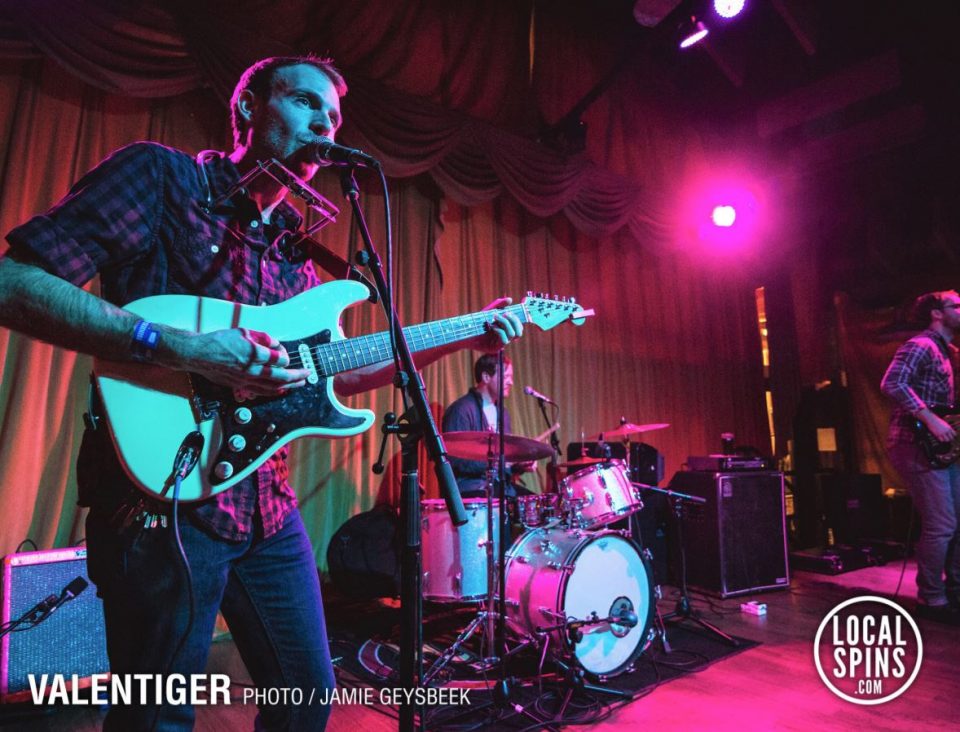 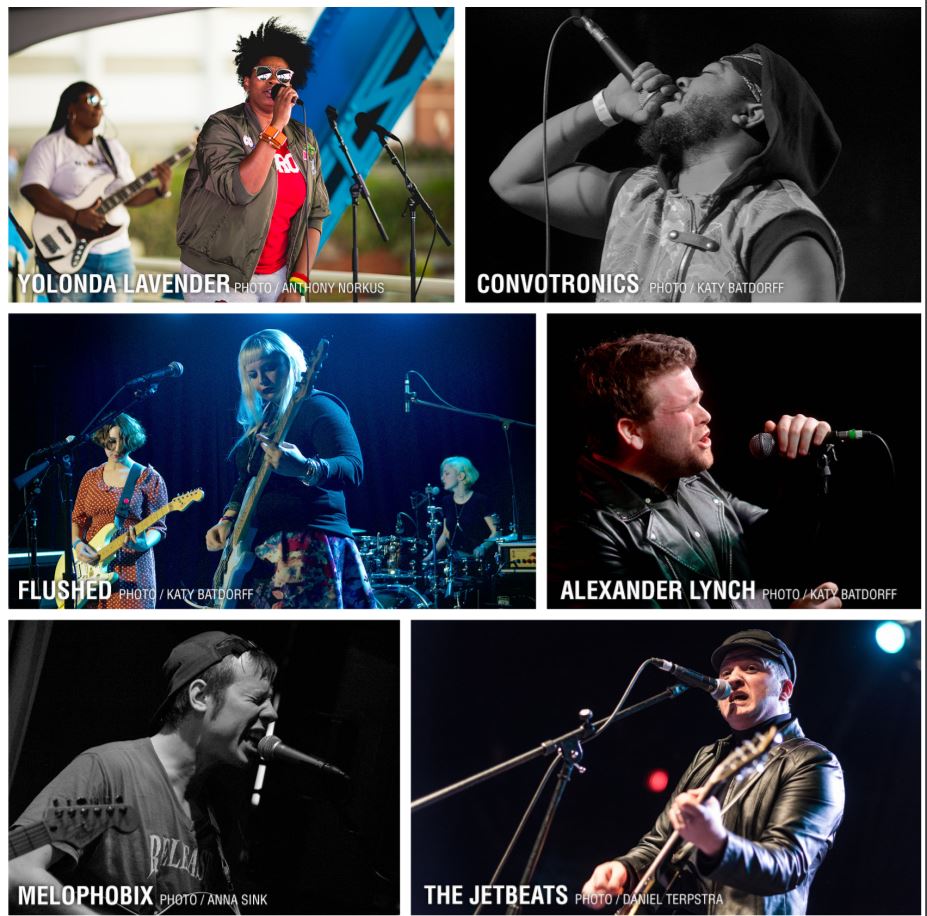 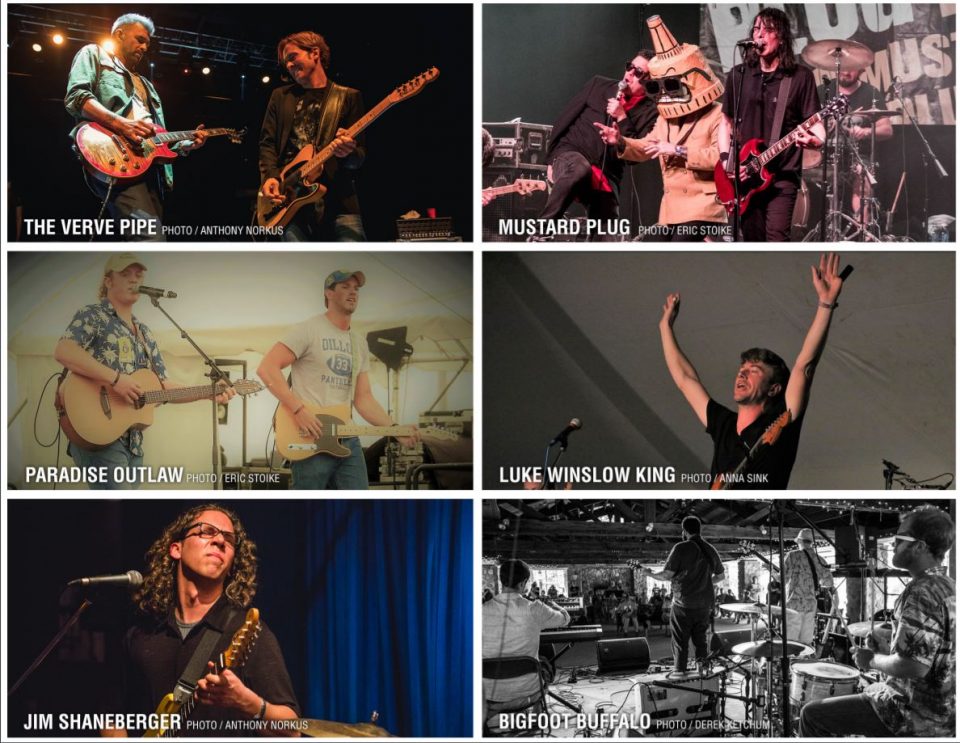