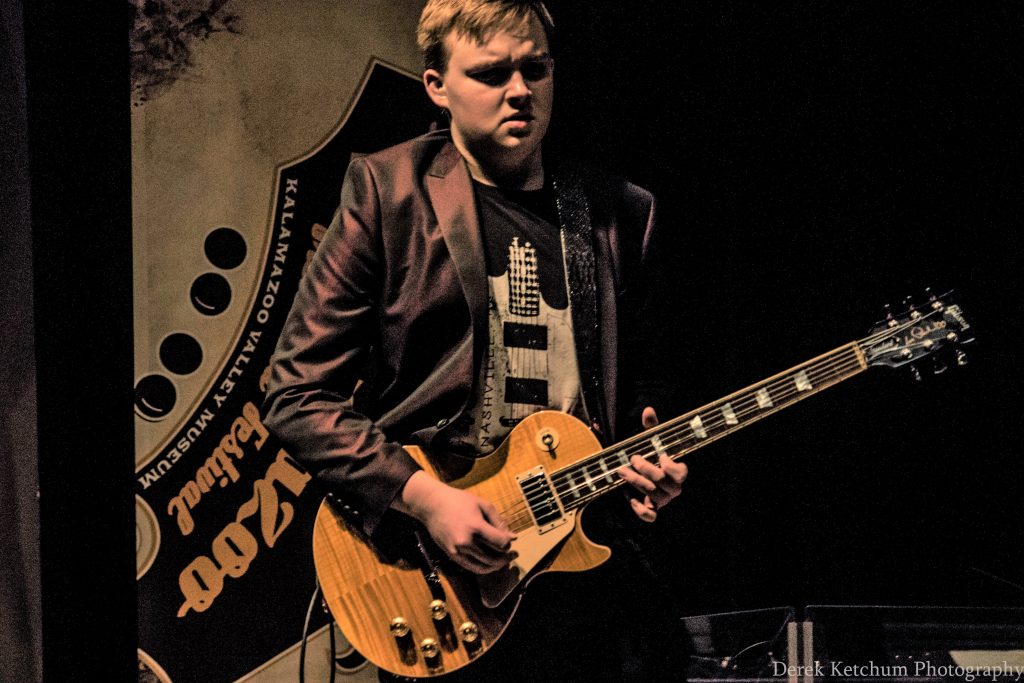 A 4.0 on Guitar and in the Classroom: Jake Kershaw has an impressive early start on his music career. (Photo/Derek Ketchum)

THE ARTIST: Jake Kershaw
THE MUSIC: Blues rock
WHERE YOU CAN SEE HIM: 8 p.m. tonight (Wednesday) at SpeakEZ Lounge in Grand Rapids; 4 p.m. Saturday (March 25) at The B.O.B. in Grand Rapids

When you’re a teenager and play the guitar the way Jake Kershaw does, the comparisons to blues-rock phenoms such as Joe Bonamassa and Jonny Lang are inevitable. 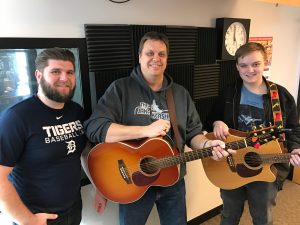 Like these iconic musicians, Kershaw started young (in his case, at age 9), has been mostly self-taught and has dazzled audiences with his electric guitar prowess.

Although he only turned 16 last fall, the 10th grader at Marshall High School already has racked up an impressive musical resume – performing at a sold-out show with Lang and sharing stages with renowned players such as Anthony Gomes, Larry McCray and Albert Cummings. He also won last summer’s Walk the Beat competition in Grand Haven, outpolling dozens of other bands in a landslide as a fan favorite.

“I just want to see where this goes while the iron is hot,” says Kershaw, who plans to release his first CD of original material, “Piece of My Mind,” later this spring.

“I plan to go on the road immediately after high school, like, the following week. … If possible, I would love to tour for a living. Regardless of how the touring goes, I will be a full-time musician.”

Oh, and in case you were wondering, Kershaw boasts a 4.0 GPA in high school, where he also plays euphonium in the marching band and symphonic band.

The Michigan teen makes his Grand Rapids debut this week, bringing his eye-popping guitar skills to SpeakEZ Lounge at 8 tonight (Wednesday) for the Local Spins Wednesdays series – part of a “Local Spins Victory Tour” stemming from his Walk the Beat win. He’ll also play at 4 p.m. Saturday at The B.O.B. in Grand Rapids as part of the day-long Chilly, Brews & Blues event.

He gave fans a musical preview during this week’s edition of Local Spins Live on News Talk 1340 AM (WJRW), performing two songs on the air and chatting about his development as a guitarist. Listen to the podcast here and watch a video below.

“I had around 20 lessons on acoustic and hated it,” he recalls, noting that he taught himself on the electric guitar using tablature (musical notation) while intensely studying the techniques of Stevie Ray Vaughan, B.B. King and Joe Bonamassa.

Indeed, Vaughan’s classic “Texas Flood” intrigued Kershaw and served as a turning point in his development. “I started to learn how he did what he did,” says Kershaw.

In performances, Kershaw — who also boasts a voice well-suited for the blues — puts “a twist” on the songs of other artists, noting he “never really” plays any of them the way they’re written, striving to “make it different” for listeners.

And, he’s penned five of his own tunes for the upcoming album, which is being recorded at Bill Chrysler’s Third Coast Recording Co. in Grand Haven. Kershaw won recording time at Third Coast as part of his Walk the Beat prize. (See the video below.)
. 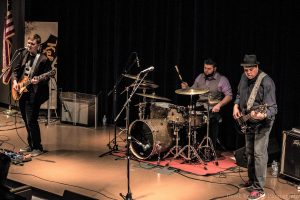 Busy Summer: Kershaw and his band will play a solid spate of shows this year. (Photo/Derek Ketchum)

Of course, landing the opportunity to play with some of his guitar heroes has been a highlight for this cherubic teen who’s been impressed by the “different mindset” that these icons take with their music.

“Performing with Jonny Lang in front of a sold-out theater is on the top of my list. That was incredible,” he says of the 2015 concert at Kalamazoo’s State Theatre. “Standing ovations from hundreds of fans at larger venues still give me goose bumps. Performing on stage with Larry McCray and Anthony Gomes at the same time was a once-in-a-lifetime experience.”

Those on-stage experiences will continue in earnest in 2017, with Kershaw and his band – bassist Terry Oosterhart and drummer Ryan McFadden – already booking a spate of summer shows.

“I want to work as much as I can through my summer break,” Kershaw says, noting that he doesn’t want to “keep stirring the pot just to leave it sit there.”