Despite some COVID obstacles, the summer of 2021 looks a lot different than 2020 when it comes to music events in northern Michigan. Local Spins previews some recently announced concert series in the region. 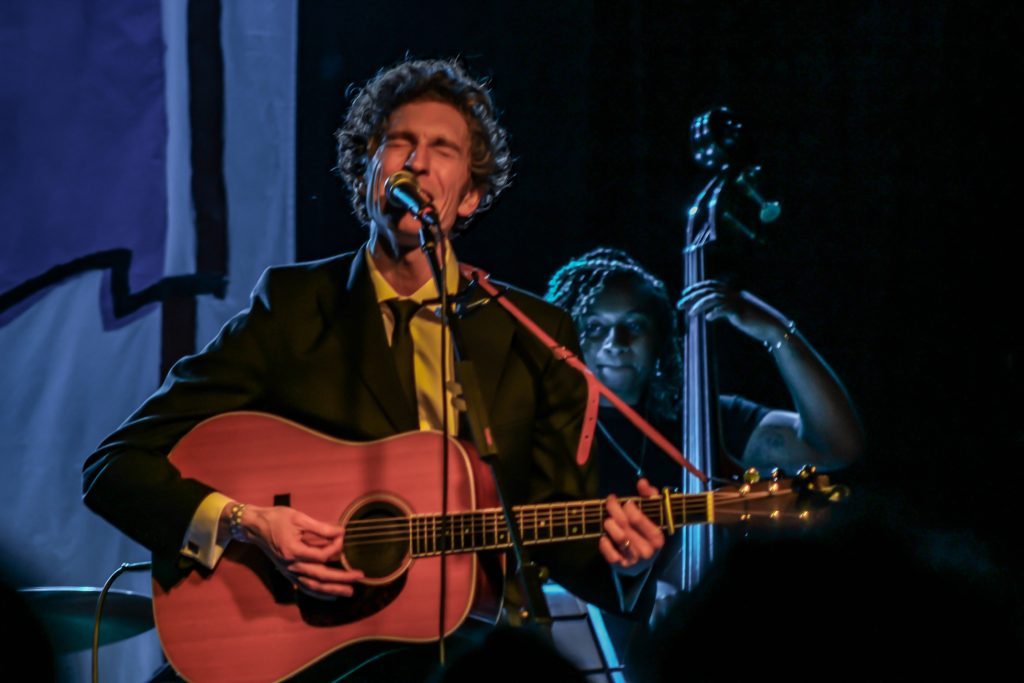 The light at the end of the COVID tunnel has gotten much brighter in recent weeks, especially when it comes to resuming some northern Michigan music festivals and outdoor concerts.

And there’s much more live music to embrace for those vacationers heading north or those already calling the region home.

Several northern Michigan venues have announced summer concert lineups, including Bay View and Great Lakes Center for the Arts, both near Petoskey, and Lake Street Studios in Glen Arbor.

GREAT LAKES CENTER FOR THE ARTS

On the south side of Petoskey, the Great Lakes Center for the Arts at Bay Harbor offers up a full slate of performances this summer and fall — some previously announced and rescheduled.

Lessons learned last year will carry forward in 2021, with social distancing and masks for attendees, touchless ticketing, a thorough cleaning of the auditorium prior to and following each performance, and again hosting an event outside.

“Last year, we had an outdoor happy hour on the center’s front porch. It went very well,” said Alexandra Myers, the marketing director for GLCFA. 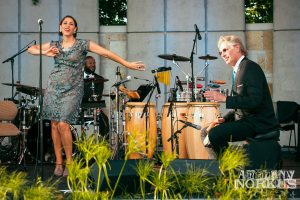 With that in mind, the center will kick off the season with another show on the center’s front porch on June 19 with singer Max von Essen.

“Max von Essen is a great entertainer and it’s fun to be outside. We’re crossing our fingers for good weather,” she said.

COVID restriction may eventually ease, but staffers recognize they must pivot quickly if necessary. “We’re going to try Plan A. This may change,” Myers noted. As a result, everything is subject to change. For tickets and more information, visit GreatLakesCFA.org.

A summer community on the north side of Petoskey, Bay View was founded in 1875 as an educational and cultural community by Michigan Methodists “for intellectual and scientific culture and the promotion of the cause of religion and morality.” It’s since expanded to include and feature the arts, including music and theatre.

In addition to its community of Victorian cottages, Bay View offers a cultural camp experience for collegians, similar to what Interlochen Center for the Arts provides for middle and high school students. It also has its own musical faculty, and many of the shows include performers from both the college and professional ranks. 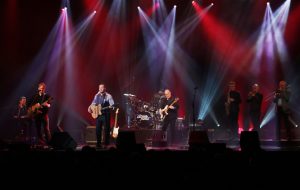 Current guidelines allow the concerts to be held indoors at 50-percent occupancy. That’s 600 seats at the John M. Hall Auditorium, with a capacity of 1,200. It’s also possible such restrictions may not even apply, as the auditorium has windows on two sides and the back, making it essentially an open-air facility.

If shows cannot be held indoors, they will transition to outdoors, where Brass Transit performed in 2014.

“Assuming we’re safe, the production values are much higher indoors,” Ludwa said. For tickets and more information on all the events, go online to BayViewAssociation.org.

Lake Street Studios behind Glen Arbor Arts Center has been the host site for the annual Manitou Music Festival, the intimate multi-genre summer performance series. The Arts Center, parent organization for the festival, canceled its slate of shows again this year in deference to the challenges of the pandemic. 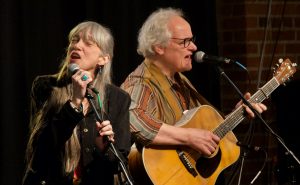 The Lake Street Music Festival concludes Aug. 11 with Mustard’s Retreat from Ann Arbor. Libby Glover and David Tamulevitch have been delighting audiences for 45 years with their music, which is by turns witty, insightful, fun and profound.

Based on current restrictions, seating will be limited to 60. All performances start at 8 p.m. Tickets are $20 and are available at Lake Street Studio or Oryana Food Cooperative in Traverse City. Seating may be limited so advance ticket purchase is recommended. For tickets or more info call 231-334-3179.