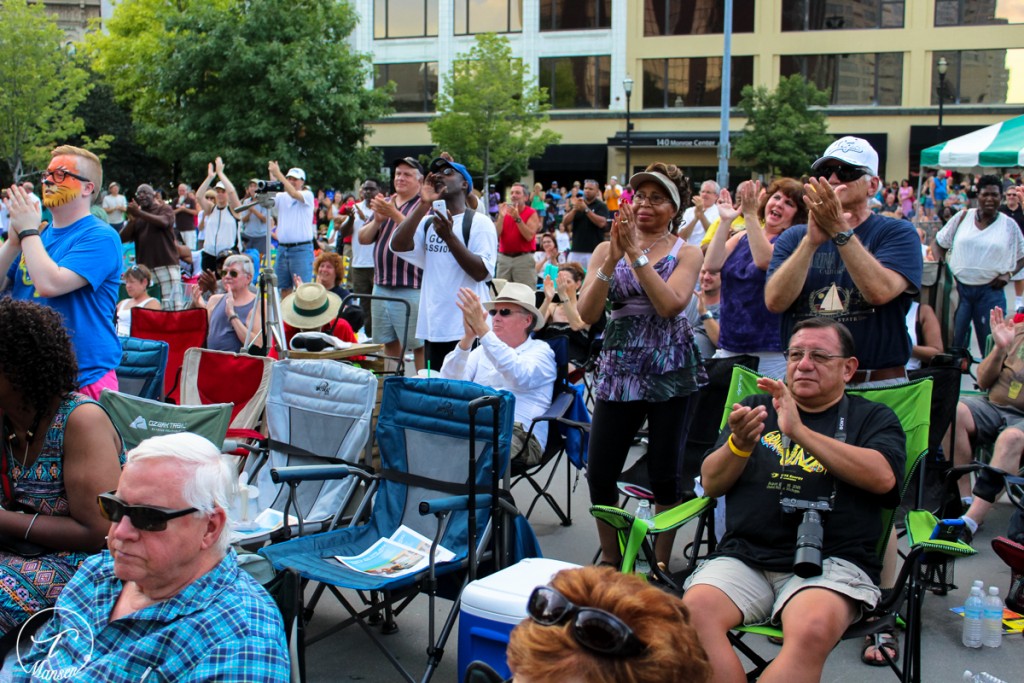 Since its founding six years ago, GRandJazzFest has become a sweet coda for a summer season that always seems to hurry, too fast, toward Labor Day. 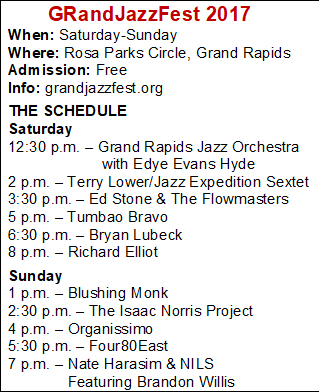 Headlining this year’s event on Saturday and Sunday at Rosa Parks Circle in Grand Rapids is Richard Elliot, a soul-inspired tenor saxophonist from Los Angeles.

With 10 more performances on the bill, the free two-day festival is sponsored by the DTE Energy Foundation. The music begins at 12:30 p.m. Saturday and at 1 p.m. Sunday. Elliot’s concert starts at 8 p.m. Saturday.

One of the highlights of this year’s notable lineup is Blushing Monk, which is set to launch Sunday’s performances. The brand new ensemble, stacked with professional musicians with college-level training and recent graduates, has just a couple of public performances to its credit.

“I picked these players because we have all played together in different groups, and we all are active professionals in Michigan,” said Snedeker, who is well-known to West Michigan audiences through performances with Brad Fritcher’s MOODs, Hannah Rose & The GravesTones, The Underground Circus and other bands. 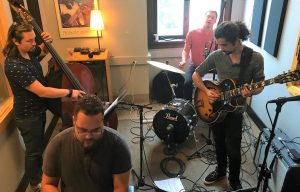 “That work ethic and chemistry lends itself to the music we wanted to bring to the festival. I like that this project has some of the best young talent in West Michigan, both creatively and professionally. I also like the fact that I don’t even have to worry about a single member of the group. We can just spend time making music.”

The band recently made an in-studio appearance for Local Spins on WYCE, performing a couple of original selections on the air at WYCE (88.1 FM).

Watch the video for “Frankenstein” here, with the full podcast below.

“We’re equally enthralled by the works of Thelonious Monk as we are with Donny McCaslin’s quartet or Thundercat, both artists rooted in jazz that include electronics and collaborate with other artists,” Snedeker said. McCaslin’s group was hired by David Bowie for his final project, “Blackstar;” Thundercat was hired as a performer/producer for Flying Lotus and Kendrick Lamar, he noted. 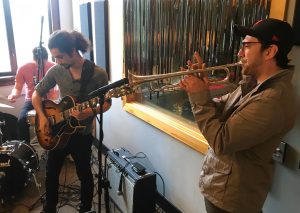 Snedeker said he thinks Blushing Monk — which performed earlier this year at the Division Avenue Arts Collective, aka The DAAC — appeals to a younger audience with its spin on the technical side of jazz to infuse it with electronic elements.

“We’re just trying to add to the discussion of what constitutes jazz and who is the audience,” he said.

“Jazz can be a loaded word when trying to book a show, because without listening to an artist, most people assume jazz is Sinatra or Louis Armstrong-styled artists playing music that hasn’t been relevant in decades.

“But while we create new works, we inherently play the part of historians as jazz musicians, taking our study and inspiration from generations past and incorporating it into new works and performing experiences.” 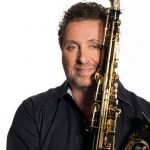 Elliot, who was born in Scotland but raised in Los Angeles, cut his professional teeth playing sax for funk band Tower Of Power in the 1980s. He’s known for favoring decorated saxophones. He has released nearly two dozen recordings, the latest being “Summer Madness” last year, which, according to his website, reflects his love for R&B and soul. 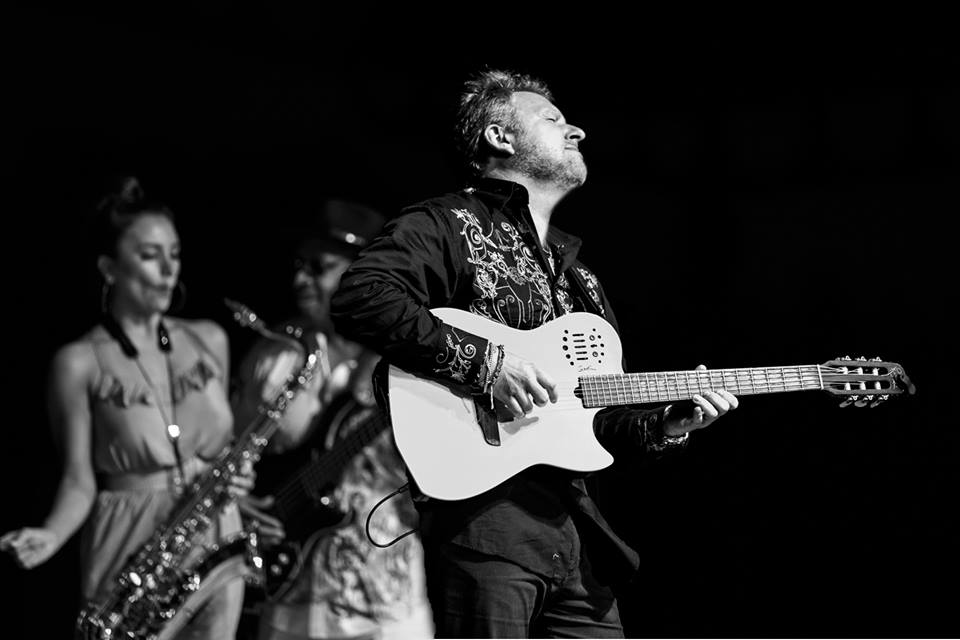