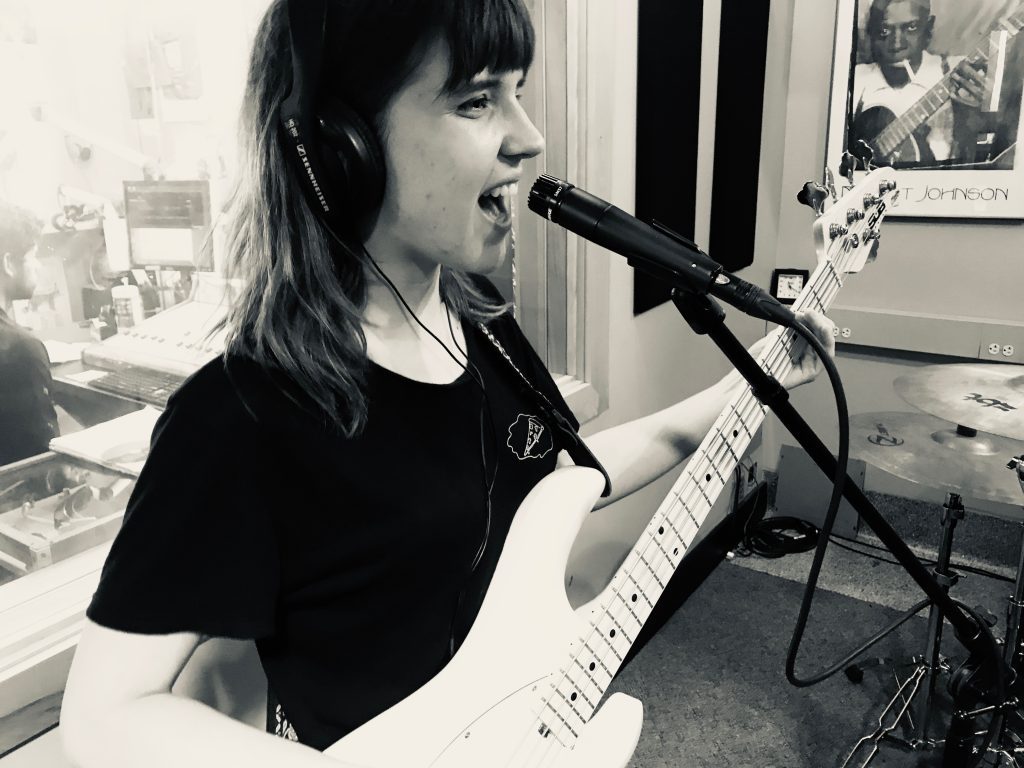 SCROLL DOWN FOR LOCAL SPINS ON WYCE RADIO SHOW PODCAST

As a full-time musician, Grand Rapids’ Patty PerShayla wears a lot of hats.

Not only does she perform regularly as a folk-rock solo artist on acoustic guitar and ukulele, but she fronts the garage rock-styled Talk Radio as lead singer and bassist, with both acts set to release new EPs later this year.

Oh, and she backs up singer-songwriter Sandra Effert and participates in a Rush tribute band. 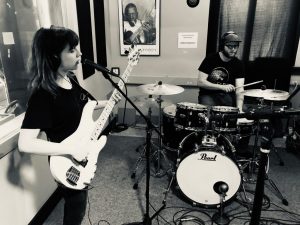 She considers her solo work as “more like a day job” and has been devoting more attention – and performing more often – these days with guitarist Lucas Powell and drummer Andrew Karsten in Talk Radio, formed a year-and-a-half ago.

“We like to crank it up to 11,” she conceded. “I definitely sing harsher in this band, but we have a lot of chiller songs, too. We play around with dynamics a lot.”

Indeed, Talk Radio often adjusts to the environment at hand: fitting in on a bill with punk rockers or toning it down for other shows.

The band cranked things up in sweet fashion during its debut appearance for this week’s Local Spins on WYCE radio show, performing the songs “Moon Sugar” and “Walking on My Hands” on the air. Watch the video of their performance of “Walking on My Hands” here, with the full show podcast below.

PerShayla (aka, Patty Pierzchala) first played with Karsten in the West Catholic High School Marching Band and also served as a bassist in the school’s jazz band. She started writing “Harry Potter-based songs” at 15, something she dubbed “Muggle music.”

She later met Powell at an open-mic night and Talk Radio soon was born. 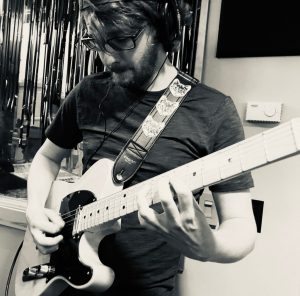 “We really like to have a big sound for a trio and we have a lot of fun playing with dynamics,” she said. “Lucas is a guitar-tone wizard. Andrew has a lot of metal influence as a drummer but knows when to back it off, too. I sing pretty harshly, but I do like to dial it back and sing sweetly sometimes.”

The band released “Walking on My Hands” as a single last year and plans to record its first EP this summer. “We’ve been busier this year than last year and that’s a good sign,” she said.

The band plays Friday night (May 31) at The Pyramid Scheme in Grand Rapids at 8 p.m., opening for the Secret Forte EP-release show along with Modern Adventures and If Walls Could Talk. Admission is $12 at the door. The band also performs June 13 at Flaming Lounge in Grand Rapids with The Monolithic and Overdrive Orchestra, and opens for August at its album-release show June 21 at Creston Brewery.

PerShayla, meanwhile, just finished up recording a solo EP which will be released Sept. 13 in a show at Creston Brewery in Grand Rapids. She described the project as “Halloween-inspired” with “bright and dark songs,” performed mostly in stripped-down fashion on ukulele and guitar.

The May 31 edition of Local Spins on WYCE – which showcases local and regional music at 11 a.m. Friday on WYCE (88.1 FM) – also boasted the on-air premiere of songs by several artists, including Joe Hertler & The Rainbow Seekers (who celebrate release of their new album Friday night at Old Dog Tavern in Kalamazoo), Sandose, Jesse Ray & The Carolina Catfish, Guitar UP, Distant Stars, The Soods, Trifocal and Secret Forte, as well as music from August, Jordan Hamilton and FLUSHED. Listen to the full podcast here.