The band led by Karli Morehouse aims to ‘hit the ground running’ with shows and new music this year. Plus, Local Spins on WYCE debuts fresh Michigan-made tracks, from Steven Malcolm to The Good Old Days. 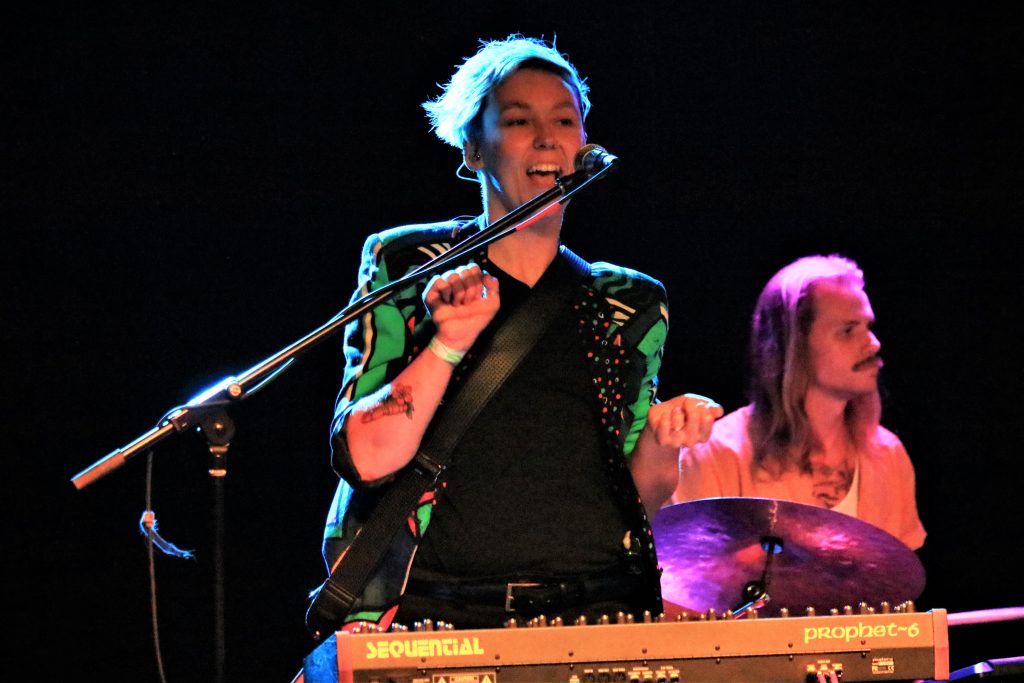 If there’s anything Karli Morehouse learned during this long, arduous pandemic with limited live shows, it’s that performing serves as “a big emotional outlet” for the multi-instrumentalist and her band, Lipstick Jodi.

And for the Grand Rapids indie-pop trio to take the next step, she also realized she’d have to step back from a full-time day job and devote more time to booking, writing and performing.

“I said, ‘If I’m going to actually take this and make this a career, I need to give myself the space to do it,’ ” Morehouse recalled.

“I’ve done lot of writing over the past couple of years. So I’ve got a folder of like 25 or 30 songs that aren’t done that we’re going to sift through and see what kind of release we’re going to make with it.” 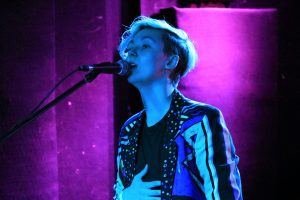 The band which released the full-length album, “More Like Me,” last summer also has ramped up show bookings for 2022, starting with a Friday (Feb. 18) gig at Benton Harbor’s The Livery to shows at venues across the state through early April and an inaugural appearance at the Beaver Island Music Festival in mid-July.

“We love to play live and reach out to people who might not have heard us before so I’ve really just been going hard on booking this year,” Morehouse said of the synth-driven band that also features bassist/synth player Andy Fettig and drummer Connor Middlebrook.

“I was in a pretty low place during the shutdown because I lost one of my biggest emotional outlets, and I decided to make it a goal for 2022 to focus more on my music career than I’ve gotten to in the past.”

For this week’s episode of Local Spins on WYCE, Morehouse spotlighted two songs from that 2021 release – “Going Insane” and “Don’t Wanna Know.” Watch a live performance video of “Going Insane” filmed here and scroll down to listen to the full radio show.

Since the 2014 formation of the band – with the current lineup solidified four years later – Lipstick Jodi’s music has drifted more toward “indie-pop with a lot more synths,” Morehouse said. “The songwriting has stayed quite a bit the same, just with less of a rock genre.”

Inspired by artists who continue to progress and push their music forward such as Tegan and Sara, St. Vincent and Now, Now, Morehouse aims to create new inroads with Lipstick Jodi’s pop music. The Band: On The Pyramid Scheme stage in 2021. (Photo/Anna Sink)

“I’m really inspired by that because I have a hard time being stagnant myself,” she said. “If I just keep writing the same album over and over again, that’s not very fun for me.”

As such, the band plans “some single releases” in coming months along with a busy touring schedule that Morehouse said is “pretty filled out this year already.”

Lipstick Jodi plays Workshop Brewing in Traverse City on March 11, High Five Spirits in Petoskey on March 25, The Pyramid Scheme in Grand Rapids on March 26 and PJ’s Lager House in Detroit on April 1.

This edition of Local Spins on WYCE – which showcases Michigan music at 11 a.m. Fridays on WYCE (88.1 FM) and online at wyce.org – also featured new music by Lazy Genius, Steven Malcolm, The Good Old Days, Greensky Bluegrass, Grace Theisen, Katy Needs a Life, Fake Baseball and Trauna (this week’s musician’s pick by Morehouse), along with classic tracks by Airborne or Aquatic, Alexis and The Soil & The Sun. Listen to the full radio show here.