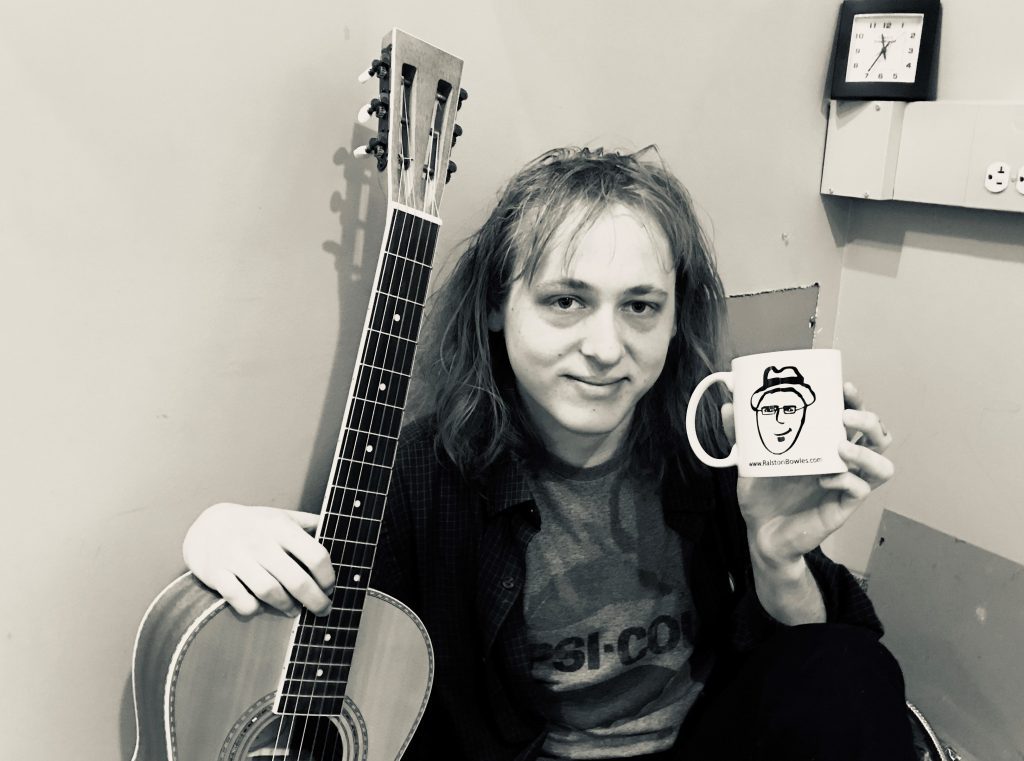 Time for ‘Not Thinking Too Much About It’: For Seth Beck, ‘the lyric is just what the lyric is.’ (Photo/Local Spins)

It revolves around the notion of “not thinking about it too much. Sometimes, the lyric is just what the lyric is – a sense of passiveness.”

The indie-rock artist who released his dream pop-hued debut album, “June,” last year, followed that with release of a single, “Domino,” in 2020, while also being part of the band WISP and Archie & The One Hits.

On Friday, Beck performed solo renditions of “Domino” and “June” during this week’s edition of Local Spins on WYCE. Watch his performance of “Domino” here and scroll down to listen to the full radio show podcast.

Beck, who began playing guitar in earnest as a teenager in Allendale, grew up listening to The Beatles, Rolling Stones and David Bowie. And those influences weave their way into his own music.

“I hope so. It’s catchy stuff and I love catchy songs,” said Beck, whose father and brother both played guitar. “There are a lot of avenues to go down and I was lucky to be exposed to a lot of music.” 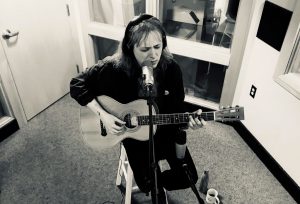 On the Air: Seth Beck during Local Spins on WYCe. (Photo/Local Spins)

He’s also been impacted by other West Michigan musicians with whom he’s played over the years.

“I think we all influence each other and it’s a cool situation to be in where we can share those influences and help each other grow.”

Beck also views his own music as “shedding light on those underappreciated moments” and a refuge for himself.

“I kind of see my solo project and my music as my desert island project,” he suggested. “It’s like if all else fails and I’m alone, I can still write songs and play music. I’m stuck with it. If all else fails, I’ll have myself to sing to.”

The March 13 episode of Local Spins on WYCE – which spotlights Michigan music at 11 a.m. Fridays on WYCE (88.1 FM) – also included the debut of new songs by Loren Johnson, Odd Space, Greet Death (this week’s musician’s pick by Beck), NOMAD, Vagabonds and Mannhattan, as well as tracks from Paddy’s Cure, Strapping Owls and Escaping Pavement. Listen to the podcast here.