Because audiences haven’t been able to come to Civic Theatre due to the COVID shutdown, Civic Theatre has been going to its audiences, with traveling troupes playing driveway shows. 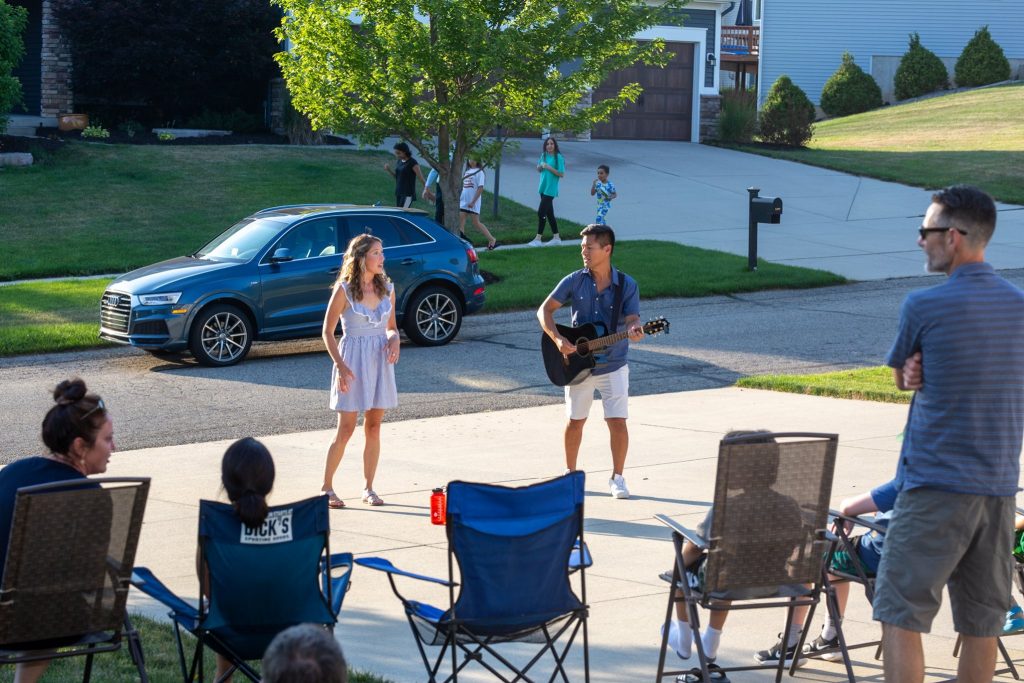 Driveway Cabaret: Different sets of Grand Rapids Civic Theatre performers have been bringing their art to fans at their homes. (Photo/Dave Kagan)

Amid a performing arts desert caused by the pandemic, Grand Rapids Civic Theatre has turned driveways and backyards into oases.

Over the summer, the theater’s “Driveway Cabaret” series has delivered musical theater performances to audiences at their homes. And it’s proved to be a big hit with fans who find it rewarding to engage with the performing arts again.

“I’ve never seen anything like this before, but it’s not unusual for Grand Rapids to come up with something new, clever and even things that are successful somewhere else — to bring them into our community and out our own little flair on it,” said Sue Morrow, who arranged a Driveway Cabaret performance for her North Valley Condos neighborhood in Plainfield Township. 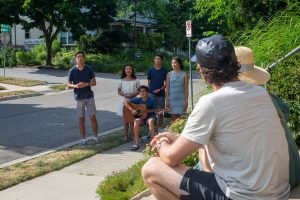 Sidewalk Serenade: The casual performances have been a big hit. (Photo/Dave Kagan)

Situated near a cul de sac with a large double driveway in front of her condo, Morrow gathered people and spread them out distantly over the space. At Morrow’s show, the excitement was tangible for the audience, which ranged in age from 14 to 90.

Ben Greene, Civic Theatre’s director of marketing and engagement, said the idea for the series came as the theater team explored ways to continue reaching audiences despite being shut down.

“[Associate Director] Allyson Paris and I really hatched this idea together,” Greene said. “It was pretty simple. We were in late May, early June, thinking about how we could reach people when they can’t come to us. We thought, ‘Why don’t we bring the show to them?’”

The shows feature different teams of performers who share sets of Broadway show tunes at the same location. One team performs its set, then moves on, with the another group settling in to performs its songs — sort of like a theatrical conveyor belt. Morrow paid $250 for her Driveway Cabaret, with attendees chipping in another $10 each.

Performers amplify their voices via Bluetooth speakers, but aside from that, the stage is simple. Stage manager Amie Saliba said she closely monitors cues amid a stripped-down version of theater that serves as a pleasant break from more traditional forms of performing.

“The bare-bones version of theater only consists of a performer and an audience,” Saliba said. “Everything else is extra. So this was the raw form. It was creative and intended to be a performer and people watching them — that’s all you need to do theater. For me, it was relaxing in a way.”

‘SMILING EAR TO EAR AND ENJOYING EVERY MINUTE’

Stage manager Kieran Smith, who has worked with the Civic since 1995, said teams have rehearsed outside in a park. A day before each show, each site gets marked with chalk to distance performers from the audience.

“These are intentionally aimed at being quarantine-friendly because we couldn’t do any of the shows that we normally would do at the theater with lights and a full sound system,” Smith said. “We knew we couldn’t do anything big like that, but we did know that we had the talent part of it covered.”

Audience responses were so strong after playing shows in June and July, the Civic Theatre extended shows through August, which also filled up. Greene said more shows may take place in September if demand persists and volunteer performers can make the commitment work.

The performances have brought people together in a miraculous way. 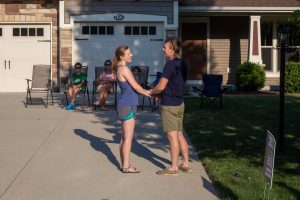 Simple Stage: The outdoor series has been a popular one. (Photo/Dave Kagan)

After inviting a Plainfield Township trustee and his partner to the show, Morrow learned that one of her neighbors in attendance was the minister who married them nearly 30 years ago, as well as his wife who had played the violin at their wedding.

“I had no idea [of the connection] because I truly picked them out last minute,” Morrow said. “Of course, everybody thought this was God’s little hand on our experience here. People come around and talked and a couple people who have not been out in a long time walked over to our condo using their walkers the whole way.”

Most important, Morrow said the shows brought people together to appreciate the arts, which is especially critical for those who’ve been deprived of theater and each other during the pandemic. She praised the wide range of performances, singling out one particular Civic Theatre star who created a COVID-themed parody.

“It was a joy for me personally,” Morrow said. “But as I looked around at the 25 people who were sitting there, I was just thrilled with the looks on their faces. They were genuinely smiling ear to ear and enjoying every minute of it.” 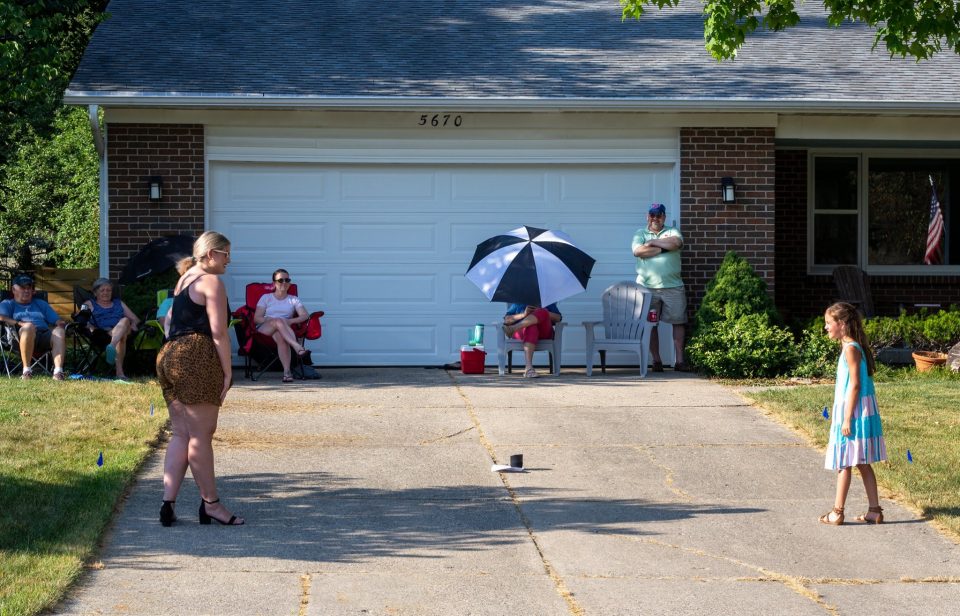 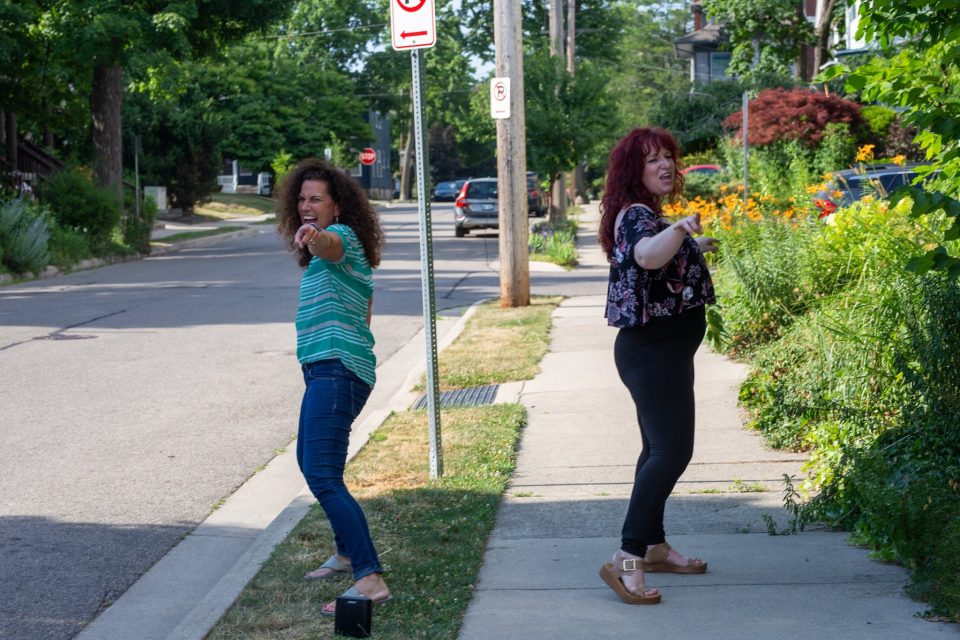 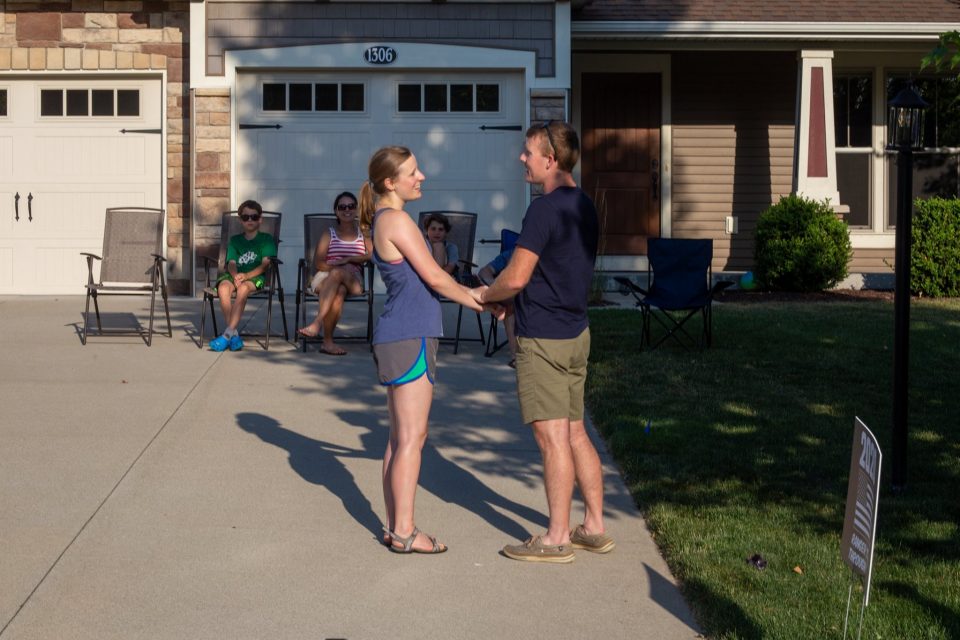 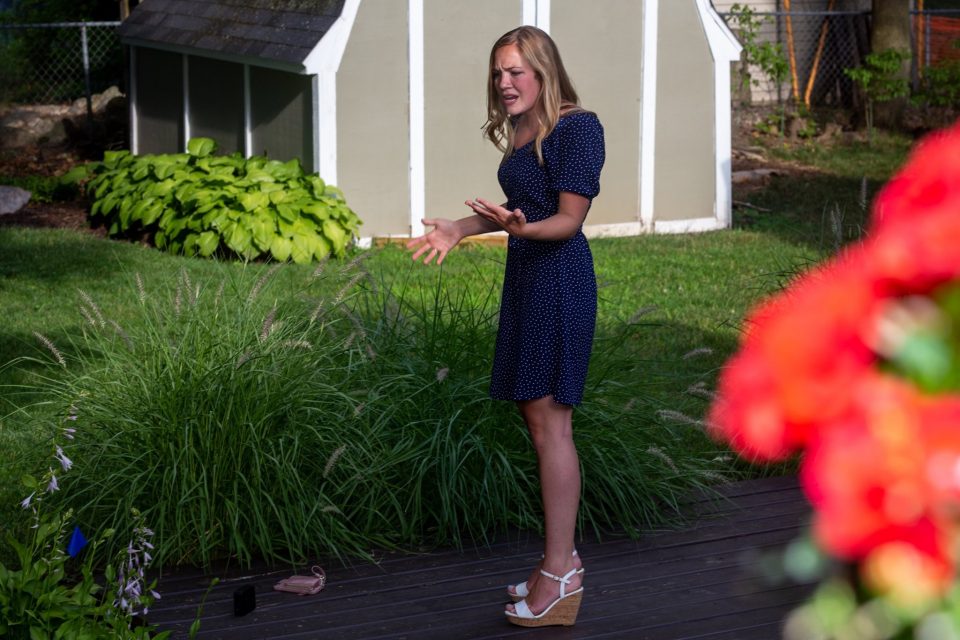 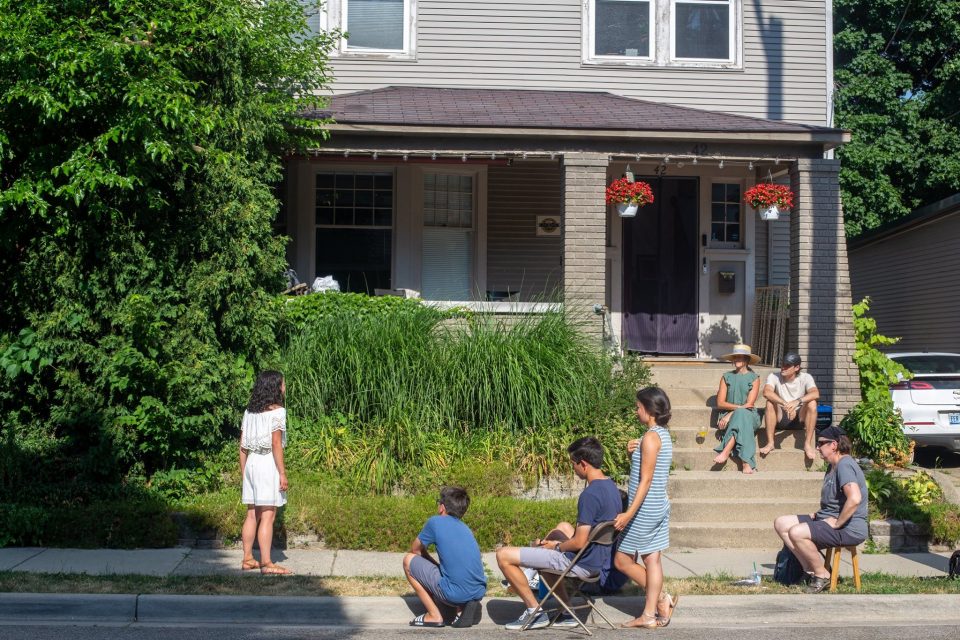 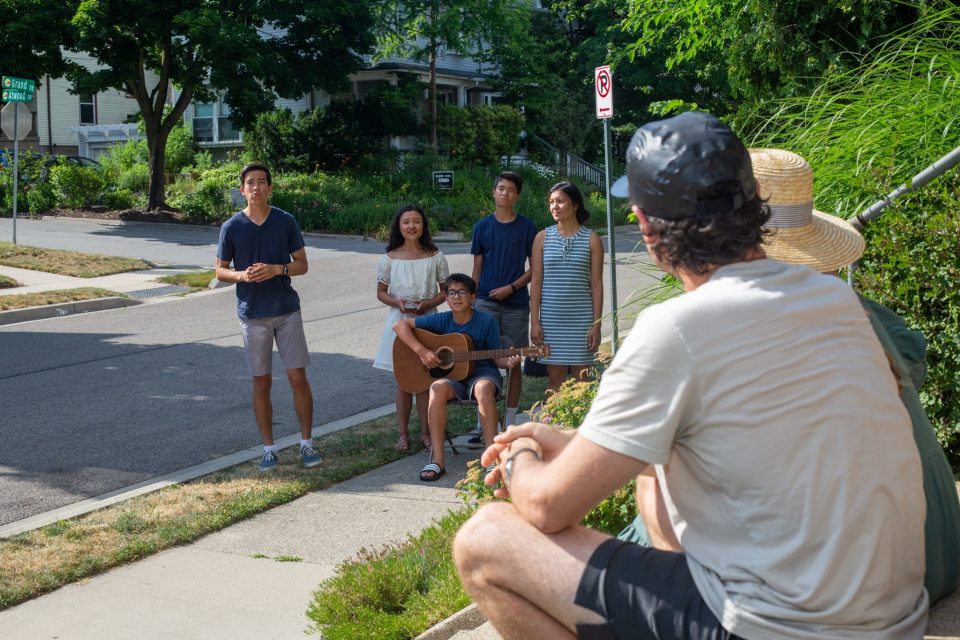 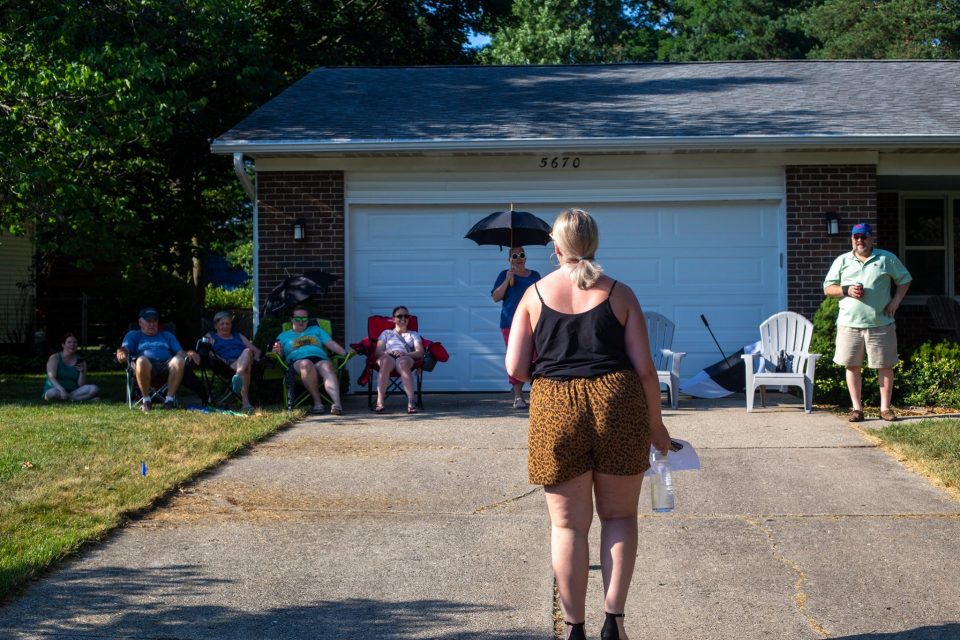 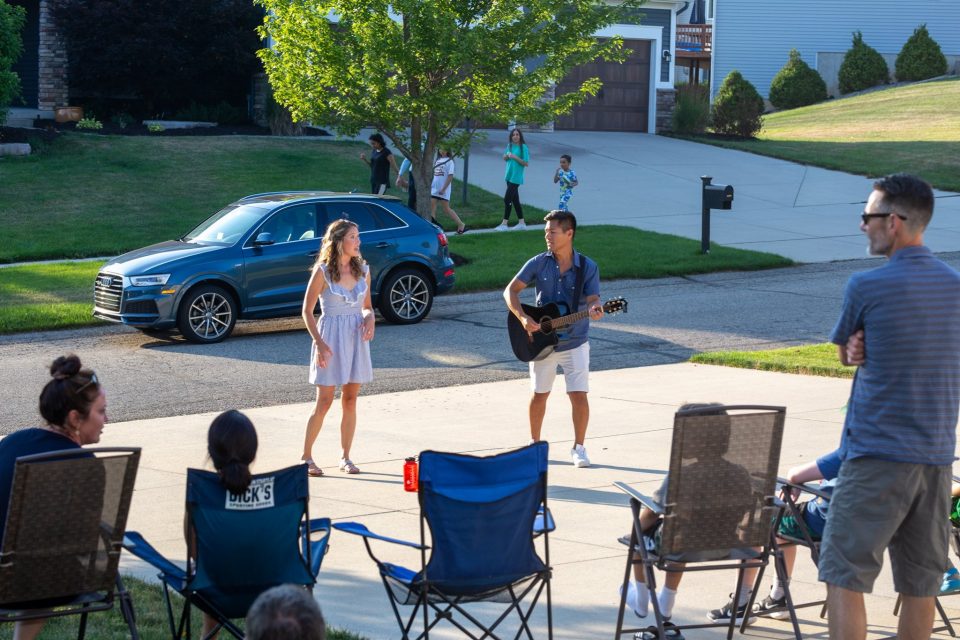 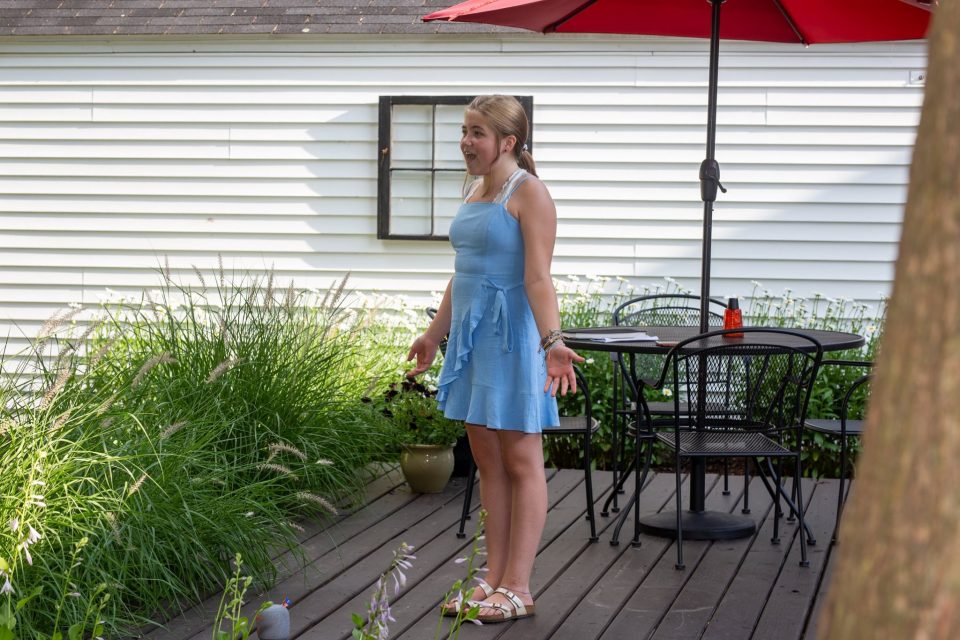