Despite its pending sale, current owner Greg Gilmore tells Local Spins that Live Nation will keep operating the concert hall as it has since early 2017. Despite pending sale of the building, GLC Live at 20 Monroe will continue to serve as a concert venue operated by Live Nation, Local Spins has learned.

Current owner Greg Gilmore, CEO for The Gilmore Collection, said the 2,600-capacity venue at 11 Ottawa Ave. NW in downtown Grand Rapids would continue to operate as it has since opening in February 2017.

“There will be no change at GLC Live at 20 Monroe as Live Nation will still operate the venue,” he told Local Spins.

Gilmore put that building and The B.O.B. next door up for sale in the fall of 2020, with an asking price of $16.5 million for what was then known as 20 Monroe Live, and $15.5 million for The B.O.B. (Big Old Building) nightclub next door.

“COVID has taken its toll and staffing is quite the challenge and I have also been doing this for 40 years and I wanted to slow down,” Gilmore said of the decision to sell. 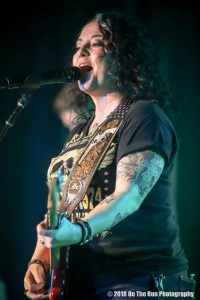 “Having an operation like The B.O.B. and 20 Monroe Live to oversee makes that difficult.”

Speculation has been rampant about the future of The B.O.B. — a four-story, 70,000-square-foot structure containing several eateries and venues — since word surfaced that the building had finally been sold. Gilmore declined to disclose who purchased the building or what its future holds. (WZZM TV13 reported Tuesday that Amway confirmed it is not the buyer of The B.O.B.)

“I can’t share that yet,” Gilmore said. “We have closed The B.O.B. and the sale has not closed, but the timing was right for that for many reasons. But it ain’t over till the fat lady sings.”

The B.O.B. closed earlier this month, citing “an abundance of caution” and noting on Instagram that they “will not be holding a NYE party. Nothing about these decisions have been easy. We thank you for your understanding and the contributions you have made in making The B.O.B. what it is.”

Meanwhile, GLC Live at 20 Monroe underwent a name change in June after Wayland’s Gun Lake Casino partnered with the venue for a new name-in-title sponsorship.

Although three concerts starring hometown hero Billy Strings were canceled at the venue this week due to positive COVID tests involving the bluegrass artist’s team, GLC Live at 20 Monroe has several shows scheduled later this winter, including Ashley McBryde on Jan. 13, Walker Hayes on Jan. 27, Hippie Sabotage on Feb. 10 and Caamp on Feb. 15.

Gilmore said he’s proud of the impact that The B.O.B. – which opened in the late 1990s – and its newer neighboring venue have had on downtown’s entertainment scene. The Gilmore Collection continues to own and operate a host of West Michigan restaurants.

“We will be able to focus more on our other entities and yes there is pride but mostly joy when I see a packed house at Dr. Grins (comedy club in The B.O.B.) or 20 Monroe Live,” he said. “The smiling faces provide a lot of joy as I have always loved bringing people and the community together.”