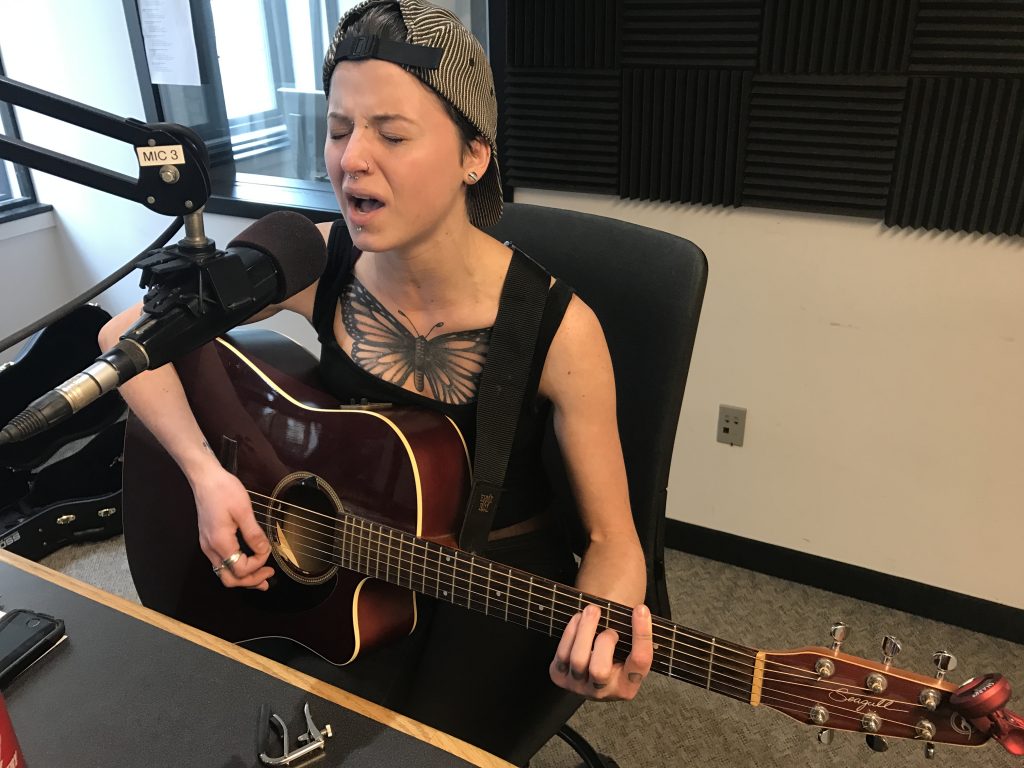 When Red Rio (formerly Rio, aka Alexis Brooke) releases her new single on Friday, it will reflect the sort of “musical niche” she’s adopted as of late: A bluesier sound, more growly vocals and dirtier lyrics aimed at “trying to get some rootsiness in there — less like soft, happy folk music.”

So not surprisingly, the title of the Grand Rapids singer-songwriter’s new song: “Piss and Vinegar.”

She visited Local Spins Live on News Talk 1340 AM (WJRW) to talk about writing her new songs in the car, being influenced by Muddy Waters, Shakey Graves and Feist, and hopefully releasing a new recording late this year. She also performed a couple of those tunes on the air: “Ramblin'” and “Two Years.”

Listen to the podcast here, with a video below.

Red Rio — who says she cut her teeth as a solo artist amid Grand Rapids’ open-mic scene – will perform Friday at The Pyramid Scheme in Grand Rapids as part of the nightclub’s
“Local Showcase No. 12.”

Also on the bill will be Tired Blood, Elroy Meltzer and The Quirk. Tickets are $7 in advance, $10 day of show, with doors opening at 8:30 p.m. Get details and tickets online at pyramidschemebar.com.