”Sick of the stress.” Concert venues still have no financial help a year after shutdown. And while some state aid is imminent, federal funding remains in question, thus jeopardizing some clubs. 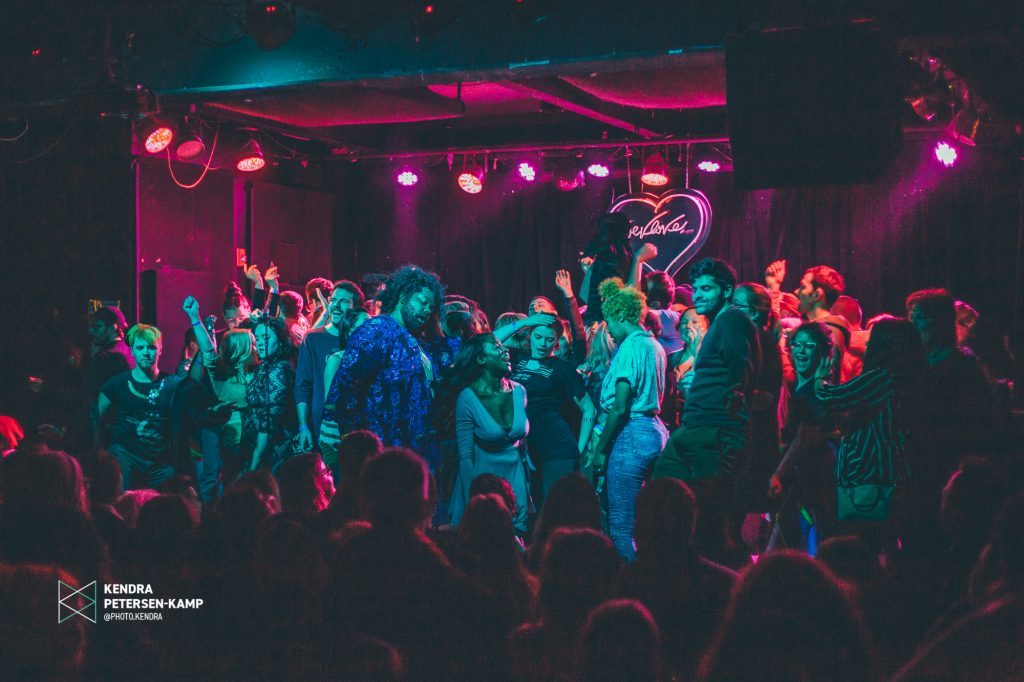 Still Missing: Though the bar is open, The Pyramid Scheme hasn’t hosted concerts or experienced scenes like this in almost a year. (Photo/Kendra Petersen-Kamp)

“Frustration” is the operative word.

More than two months after passage of federal legislation promising funds to concert venues shuttered for nearly a year by COVID, those businesses haven’t come close to receiving any aid or even seen rules to apply for the grants.

Meanwhile, $3.5 million in state funding for Michigan’s entertainment establishments is getting a little closer this week to disbursement, based on recommendations made by the Michigan Independent Venue and Promoter Association.

“I am extremely frustrated that the funds allocated in December have not been disbursed,” said Tami VandenBerg, co-owner of Grand Rapids’ The Pyramid Scheme, which has been closed for concerts since March 2020. 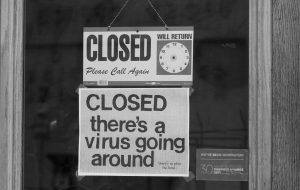 “The applications have not even been released yet. I don’t understand how this is not a priority for the federal government. I don’t know why they did not scale up the capacity of the Small Business Administration as soon as they knew this was going to pass.”

For many concert venues, the dire situation is more than frustrating, with many on the cusp of staying closed for good with little or no incoming revenue to cover mortgage, utilities, insurance, payroll and other overhead costs.

“We are very frustrated,” said Michelle Hanks, co-owner of Spring Lake’s Seven Steps Up listening room. “We are fortunate to have received aid from our community that has allowed us to keep up so far, but without confirmation of the federal grant, we can’t plan for our future and we are just hanging on.

“We have repair and maintenance items that are needed. We need to be looking at our HVAC system for safety upgrades. Our sign is broken and it needs to be replaced. We tried to get some financing for a new sign and no one wants to do business with a company that’s been shut down for a year. There’s so much uncertainty still after a year.

“We are sick of it. Sick of the stress. Sick of trying to figure it all out without money and without employees. Sick of asking for money. And sick of just not being able to plan.”

VandenBerg said while The Pyramid Scheme “can hold on a bit longer, so many venues have already closed for good while waiting for this help. … We continue to lose money every day.”

Scott Hammontree, partner in Grand Rapids’ The Intersection nightclub who’s also a representative for the National Independent Venue Association and one of the founders of MIVPA, called the delay in federal assistance “incredibly frustrating,” especially considering the package providing $15 billion for live venues, movie theaters and cultural institutions was approved by Congress back in December.

“We are hearing it could be weeks, but there has not been a strong line of communication from the federal government letting us know when they will begin to take applications,” he said.

“Rules have to be released, and as of right now, there’s only an FAQ (frequently asked questions) on the SBA website and that has been full of errors.”

On the flip side, MIVPA sent its recommendations for Michigan “Save Our Stages” grants to state officials on Friday. 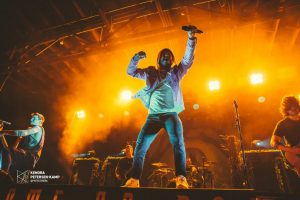 March 2020: We Came as Romans were one of the last bands to play The Intersection before the COVID shutdown. (Photo/Kendra Petersen-Kamp)

“Hopefully, the state will push that money out ASAP,” he said. “I’m super proud that we got this program funded and of how we handled the process.”

The delays in federal funding have raised concerns about the future of the nation’s music businesses. According to Forbes magazine, 27,000-plus entertainment businesses could qualify for these grants, including 2,000 movie theaters, 3,000 talent agents and promoters, nearly 7,000 museums and zoos, and more than 6,000 theaters and clubs. Most are closed, all are hurting.

And while the introduction of innovative COVID testing and social-distancing protocols for sports and entertainment venues have sparked some optimism – including techniques used during the Buffalo Bills’ football playoff run – Hammontree cautioned that major hurdles remain for smaller, indoor venues.

“The temperature I am hearing … is that in some states, they are expecting capacity restrictions to be loosed on outdoor shows in the upcoming months with strong public health protocols in place. A quality, low-cost, rapid test in conjunction with masks, etc., I would think would get us open sooner for sure,” he said, though he stressed much depends on bands’ willingness to resume touring.

“We will need touring talent to return to levels they were pre-COVID. I’m seeing a lot of activity for indoor shows, possibly in the club, in the fall this year, but also a ton of tours pushing to 2022.”

Seven Steps Up — which has received some help from community donors and a grant from the national Live Music Society — is committed to staying alive as one of the region’s most unique, intimate venues and respected listening rooms, Hanks said, but things are getting more discouraging.

“We won’t stop and we won’t give up, but we are tired and stressed,” she said. “And if I hear from another person about this still being a hoax or overblown, I think I may lose it.”