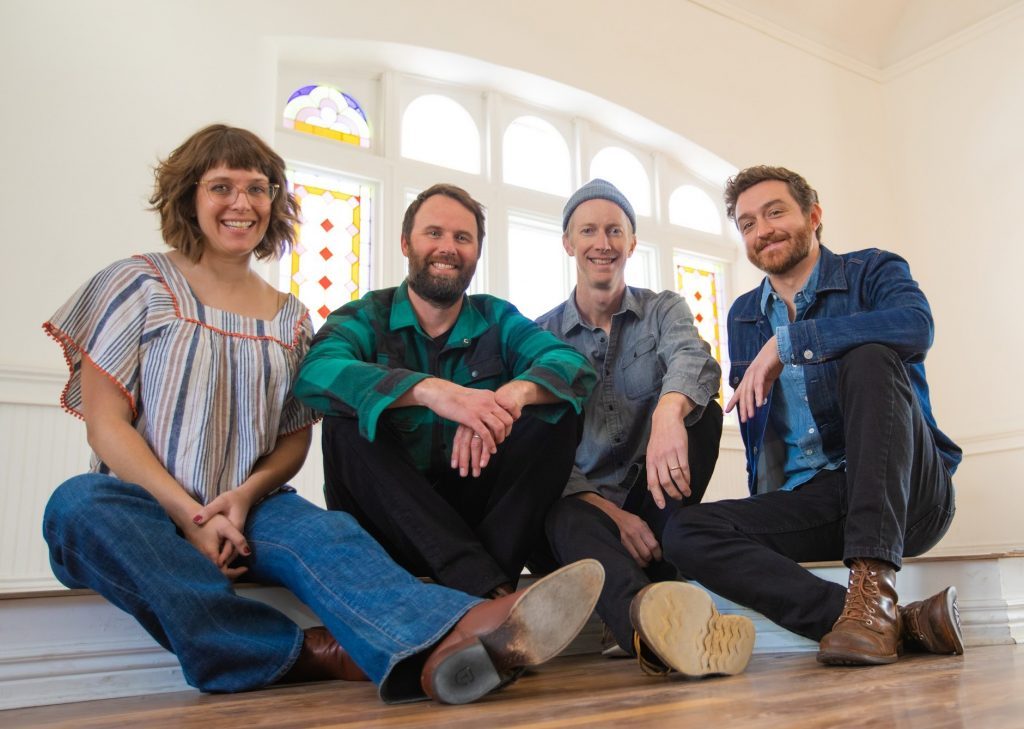 SCROLL DOWN FOR VIDEOS AND TO LISTEN TO TROUT STEAK REVIVAL

The band has played jam-packed shows at The Pyramid Scheme and Founders Brewing Co. in the past and will play two straight nights this weekend at Studio Park’s new Listening Room.

Indeed, Trout Steak Revival originally was slated for just one night at the venue, but the first concert sold out so quickly, Listening Room added a second show to the delight of West Michigan fans. Tickets, $20, for the 7:30 p.m. Sunday show are available online here. 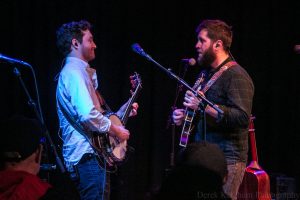 But the group’s connection to the area is far more personal than just being welcomed back for more tour stops.

“I’m from Grand Rapids originally, so getting to come back and see how much the city’s grown and how vibrant it is for musicians here is really impressive,” said banjo player Travis McNamara.

McNamara grew up in the city and attended East Grand Rapids schools, while guitar player Will Koster hails from Kent City.

“Will and I have been playing together for almost 10 years now, and we’ve known each other longer than that,” McNamara said. “We were campers at the same summer camp, and through college we were counselors.”

Colorado-based they may be, but Trout Steak has deep Michigan roots.

RISING UP AFTER THE MOVE TO DENVER

According to McNamara, the band’s ascent to success was a gradual one. One by one, the members moved to Colorado from different parts of the country, eventually settling in Denver.

“It all started in Colorado,” he said. “The band kind of started at this little cabin bar called the Buck Snort Saloon. We played there, and we were also the house band in a pizza shop.

“In the beginning, it was just an excuse to get all our friends out and have some fun. The money was terrible, but we had a great time and we just wanted to play music.”

“It was a great time,” he said. “We just took as many gigs as we could, and every step along the way felt like a big win.

“The Telluride Bluegrass Festival was kind of a big mecca for us, down in a beautiful part of the state, where we got to camp all weekend and listen to (the artists). That was how we started getting into bluegrass.” 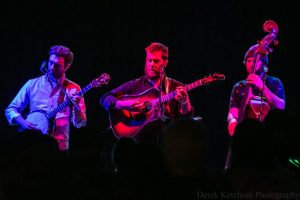 They proceeded to enter competitions in an effort to reach new audiences, and after a few unsuccessful attempts, they won the Telluride band competition in 2014, which earned them a spot on the festival’s lineup that year.

The festival win proved to be a pivotal moment for the group. After that, McNamara says the venues got bigger and so did the paychecks, allowing the four musicians to turn what was once a pizza shop house band into a full-blown career.

He recalls a conversation he had with Chris Pandolfi of The Infamous Stringdusters, who produced the Trout Steak Revival albums “Brighter Day” and “Spirit to the Sea.”

“One of the things he said to me was, ‘There will come a time when the words that you wrote in your apartment at your desk by yourself … there’ll be a whole room of people singing them back at you, and you’ll never forget it,’” McNamara said.

“It still catches me off guard, and he’s still right. When we hear the whole crowd singing along with us on a chorus, it’s wild.”

Trout Steak’s newest album is a step up artistically from its last effort, exploring new musical realms with the help of a few collaborators. “The Light We Bring,” released on Jan. 31, proudly features string quartet, piano, and reed instrument arrangements that aren’t present on previous releases.

“This feels like a more experimental record for us and we’re proud of that,” McNamara said. “Whenever we work with other artists, I feel like we just try to find talented people and let them be artists.”

The Listening Room is located at 123 Ionia Ave. SW in Studio Park in downtown Grand Rapids. Saturday’s show is sold out, but $20 tickets for the 7:30 p.m. Sunday (March 15) show are available here. Doors open at 6 p.m.