RSVP Music Chat sat down with radio veterans Kevin Matthews and Steve Aldrich to toast the pioneering talents of the late Ed Buchanan, the WLAV legend who passed away in June. 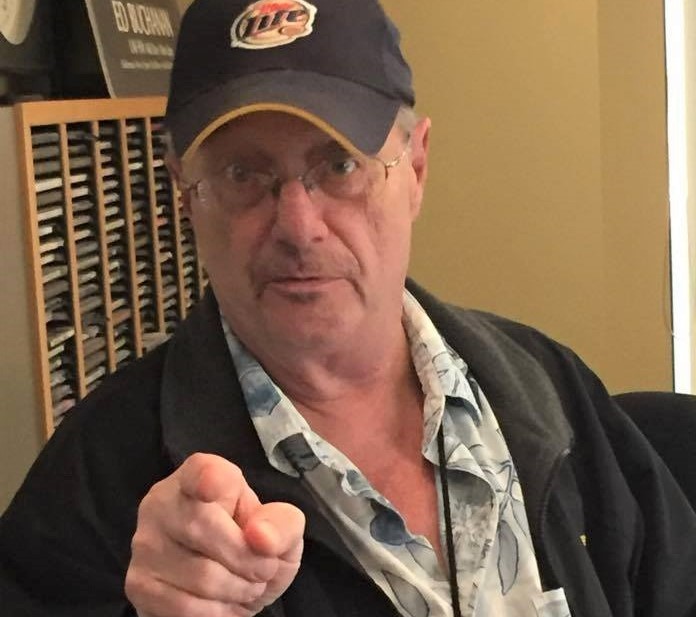 The Radio Industry Owes Him a Huge Thanks: Ed “Uncle Buck” Buchanan

It doesn’t take long for the tales about Ed “Uncle Buck” Buchanan to start flowing in adoring fashion. 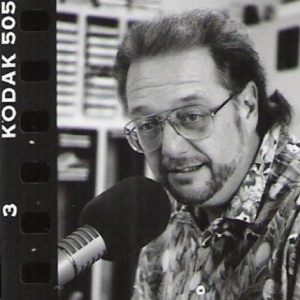 In the Glory Days: Ed Buchanan

As a true Grand Rapids radio pioneer who changed the West Michigan on-air landscape at WLAV and WCUZ more than four decades ago, Buchanan was regarded as a giant in the industry who helped steer the vibrant and progressive scene in its heyday.

So when he passed away in late June at age 69, the tributes began to pour out.

With friends and former co-workers preparing to toast Buchanan and his legacy at his favorite watering hole – Bob’s Bar on Michigan Street NE in Grand Rapids – for a 12-hour “happy hour” 7 a.m. to 7 p.m. Friday (July 26), Ralston Bowles and John Sinkevics of RSVP Music Chat sat down with fellow radio legends Kevin Matthews and Steve Aldrich to memorialize the beloved Uncle Buck.

“Ed’s like a big, big brother to me. He taught me everything,” said Matthews, who himself has enjoyed a robust career in radio and who described Buchanan as a Walter Matthau kind of guy. “My career, I owe it 100 percent to Ed Buchanan. … Radio, the industry, owes Ed a huge thanks because he was such a groundbreaking individual.” 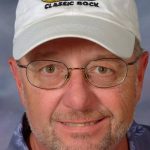 Added Aldrich: “The gift he had was this ability to put records together. In a day right now where everything is all chopped up and it comes up in random formats all sliced and diced out of the computer, that is not the way he did radio. He could sit there and just segue records just perfectly. There’s just this innate knowledge. Aris (Hampers) had that as well.”

Listen to the full, fun and rollicking podcast here – and check out fellow DJ Aris Hampers’ tribute below – then go raise a glass to Buchanan at Bob’s Bar.

“He couldn’t wait to get off the air and go to Bob’s Bar and continue his day,” recalled Matthews. “He was a magnificent human being. I loved him so much.”
.
PODCAST: RSVP Music Chat with Kevin Matthews & Steve Aldrich (7/26/18)

I guess the downside of living this long is having to say goodbye to too many dear friends. The loss of “Uncle Buck” Ed Buchanan is a tough one. Ed went into the office of John Shepard (then owner of WLAV) in early 1973 and somehow convinced John (who only cared about Frank Sinatra music) that playing ‘album rock’ on his failing FM station might be a good idea. John agreed to eight hours worth on Saturday and Sunday nights. Realizing he didn’t want to work an eight-hour shift, Ed called my mom and asked her if she could find me (I was living on Heritage Hill) and ask if I wanted to do some radio. Ed knew I had a good collection of LPs already and that, since I had been hanging around WLAV-AM for a few years because of my Soul Benders records, he also was aware that I knew how to ‘run a board.’ 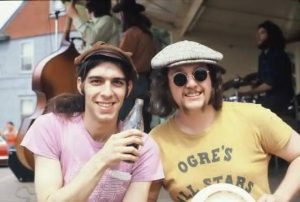 My mom got a hold of me, it sure sounded like fun, so I said “Yes.” For the next three or four months, it was Ed from 8 to midnight and then I came in and played tunes from midnight to 4 a.m. After those few months, John had heard some good things about it from some of his friends, so he agreed to let us do our little radio party every night from 8 p.m. to 4 a.m. At 4 a.m., I’d sign off and hit a button that would re-start the ‘automated oldies’ that was on the station during the day, and that ran until the next night when Ed would come in and turn it off at 8 and we’d do it all over again. We played whatever we wanted. No format. No rules. After about eight months or so, John agreed … to let us take this “party” and do it all day – every day. And thus: WLAV rock radio was born. It’s simple. If he hadn’t gone into John’s office that day, or if he hadn’t made that call to my mom, I would never have had a career in radio. And it’s quite possible there would never have been an LAV at all. 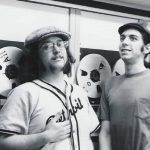 We always had a great relationship. When he was ‘boss’ he only yelled at me one time – and I deserved it. And that rift lasted only for a day. Thankfully, we kept in touch all these years.

About six or so years ago, he decided he wanted to cash in his record collection, so for about three weeks, I was at his house for a few hours a day sorting through stuff that I was going to sell for him and then we’d often wrap the night off with sitting in his back yard, pounding down some adult beverages, listening to the Tigers lose on his tiny tabletop radio while reminiscing and laughing about some of the stupid fun things we had gotten away with all of those years. We never once lost that bond that we had created some 45 years ago.

Rest well, ‘Bucko’. And thanks for giving me that ‘one chance.’ – Aris Hampers