The celebrated jazz singer and pianist led a razor-tight band through everything from Irving Berlin to Bob Dylan to Tom Waits at a sold-out, sun-drenched Meijer Gardens amphitheater on Monday. 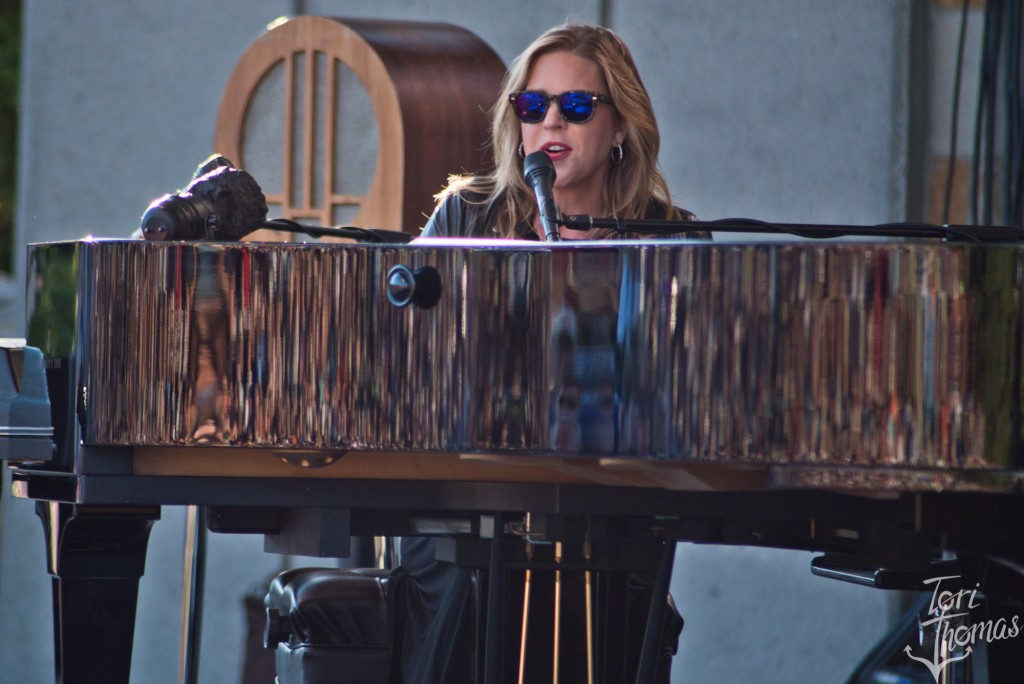 On the Sunny Side of the Stage: Diana Krall performing on stage at Meijer Gardens on Monday night. (Photo/Tori Thomas)

Diana Krall has reached a level of fame where she can finally, and with joyful authority, sing whatever she wants, however she wants.

Not to be Trifled With: Krall was accompanied by a top-notch band. (Photo/Tori Thomas)

This part of the concert emerged out of a meandering introduction where “I Left My Heart In San Fransisco” accompanied her casually talking to the crowd about Tony Bennett’s birthday, and stopped during the piano and voice intro to the Berlin tune where she played “Brahms’ Lullaby” and said it was either that or “Everything Is Awesome,” and then forgot what she was singing for a minute.

But it wasn’t daft, it was real: Krall was taking in-the-moment risks jazz musicians are known for, and when she and the band got down to business, they were as tight as the door on a time capsule. 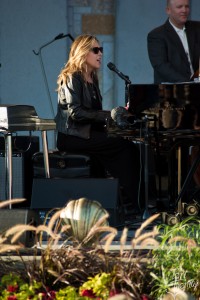 It was nice to have access to the Diana Krall house party and listen in as the marvelous guitarist Anthony Wilson (forever the son of jazz giant Gerald Wilson), old-timey violinist Stuart Duncan, solid swinger Dennis Crouch on upright bass, Patrick Warren on organ and other coloristic keyboards and the versatile, not-to-be-trifled-with Karriem Riggins on drums, presented a well paced, road-tested program of swing (“On the Sunny Side of the Street,” “Just You, Just Me,” and her perennial “Exactly Like You” with a quote from Sesame Street, “for the family”); boogie (“No Sweet Man Is Worth the Salt of My Tears”), ballads (she ended with a cute Jimmy Rogers lullaby) and pop rock.

In fact, it was on Tom Waits’ “Temptation” that this “jazz band” really stretched out, giving the piece more tempo and dirt than on her recording, and giving each instrumentalist the chance to build to crescendos on this strange tango-rock rhythm. It brought the house down.

Hearing Krall, in a sense, breaking out of her careful packaging and taking risks musically and artistically — and entertaining an openness with the crowd — were rewards and surprises of the night. 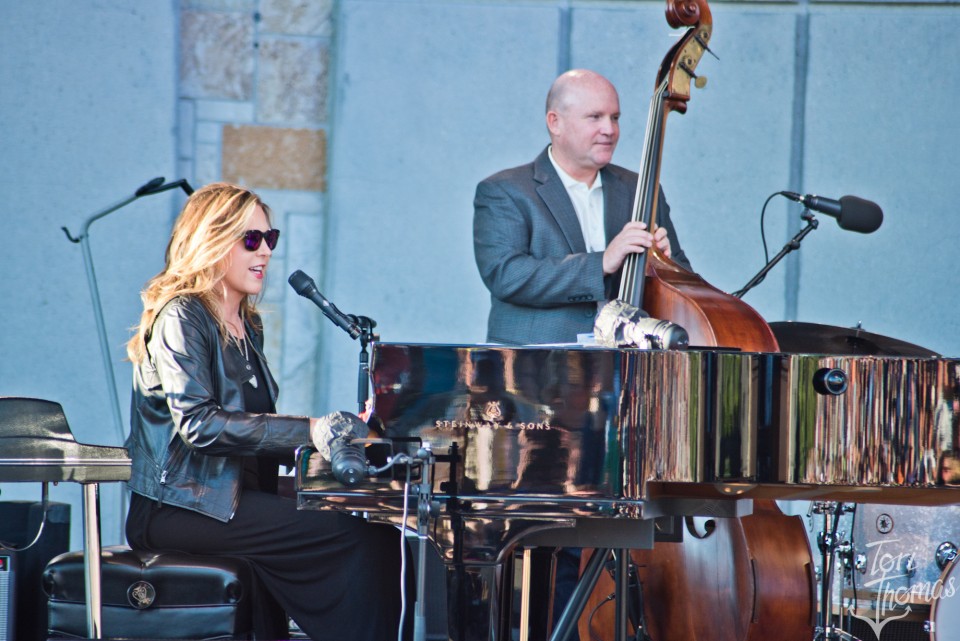 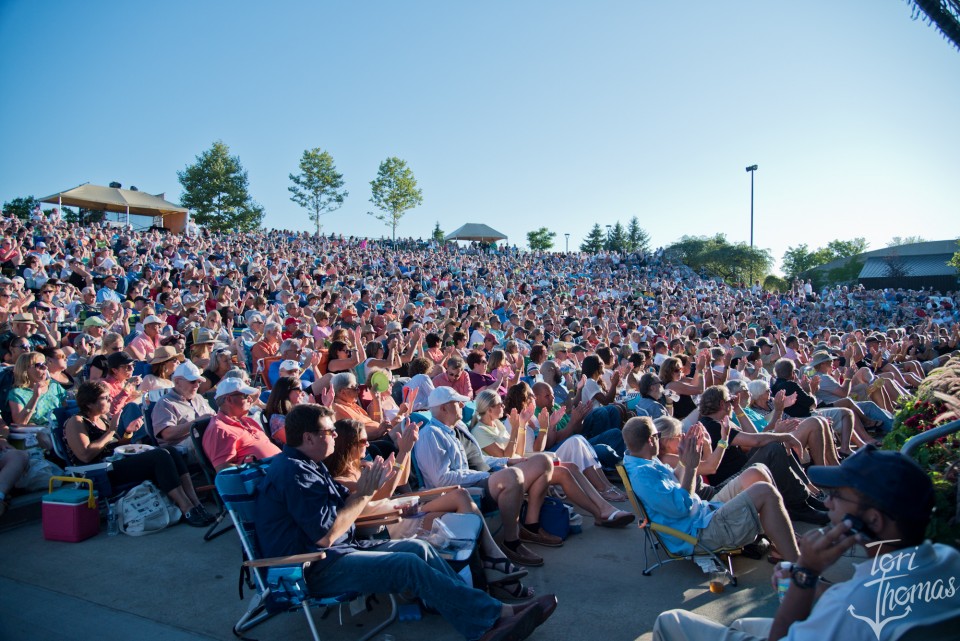 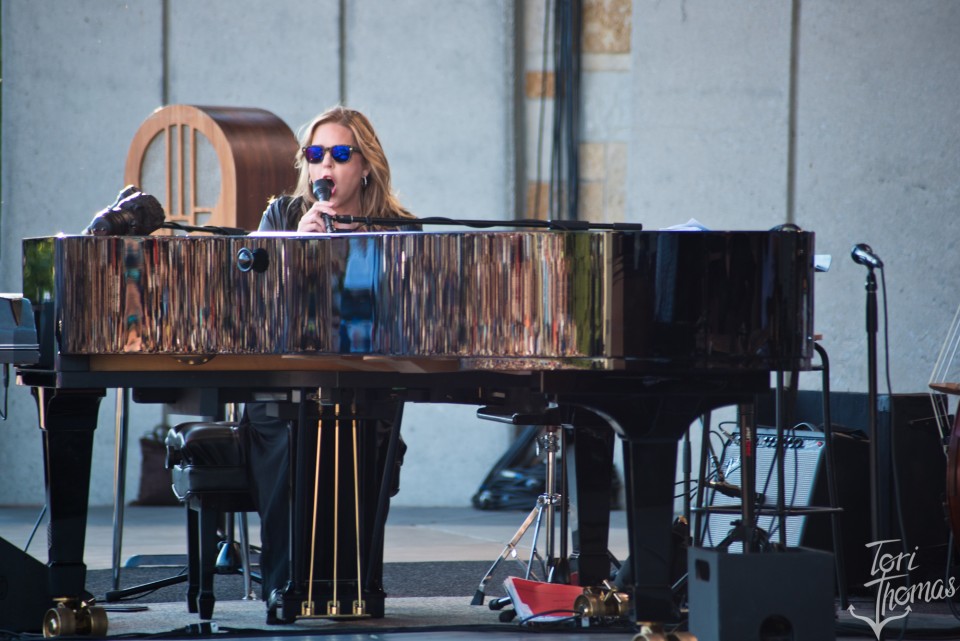 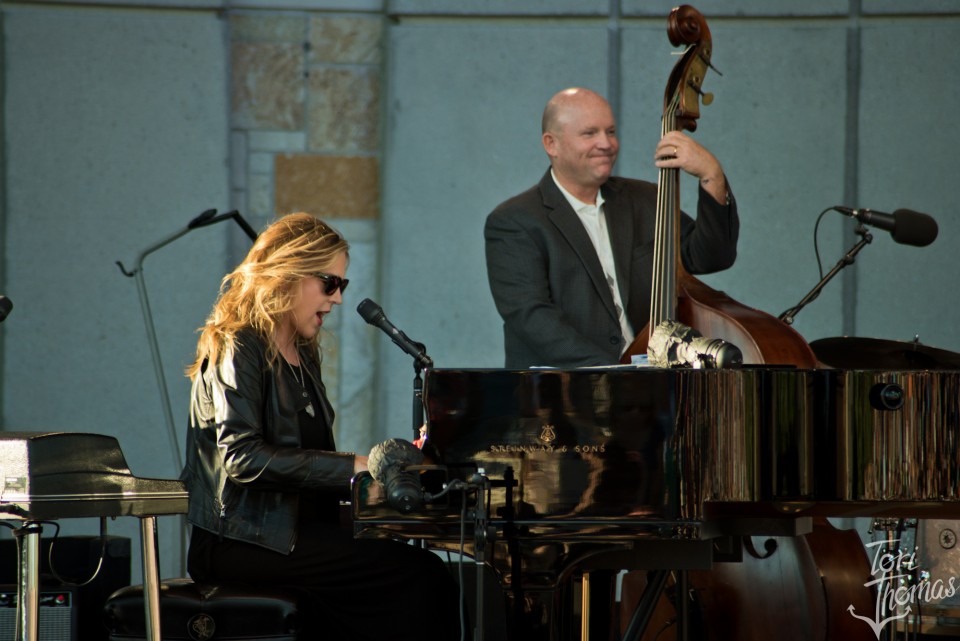 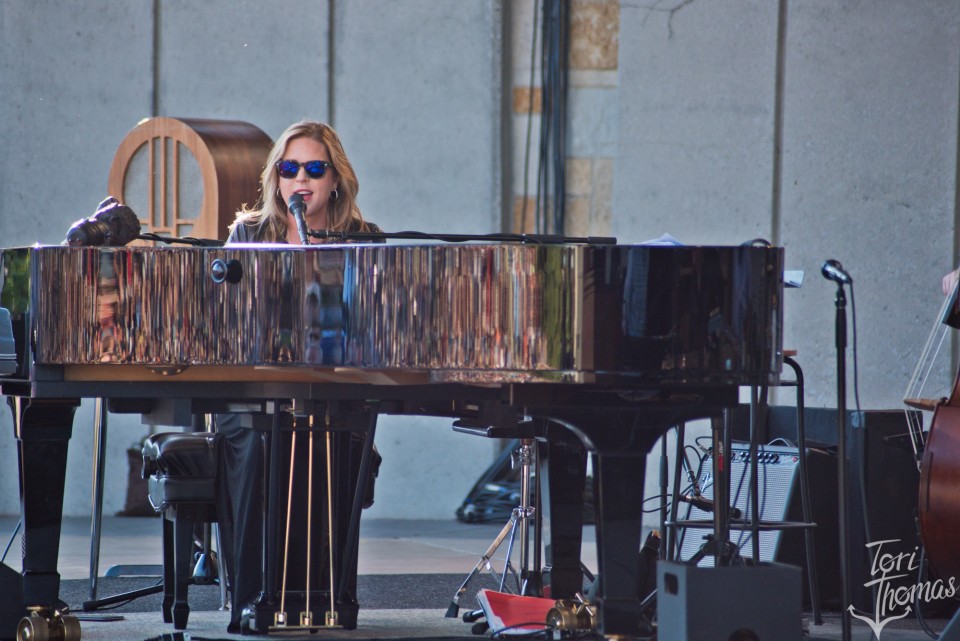 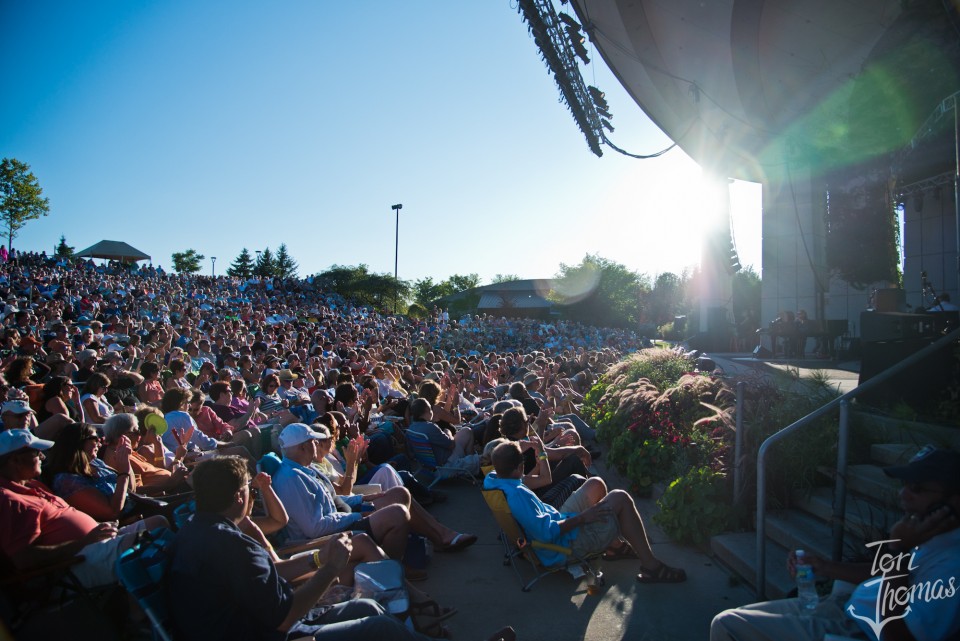 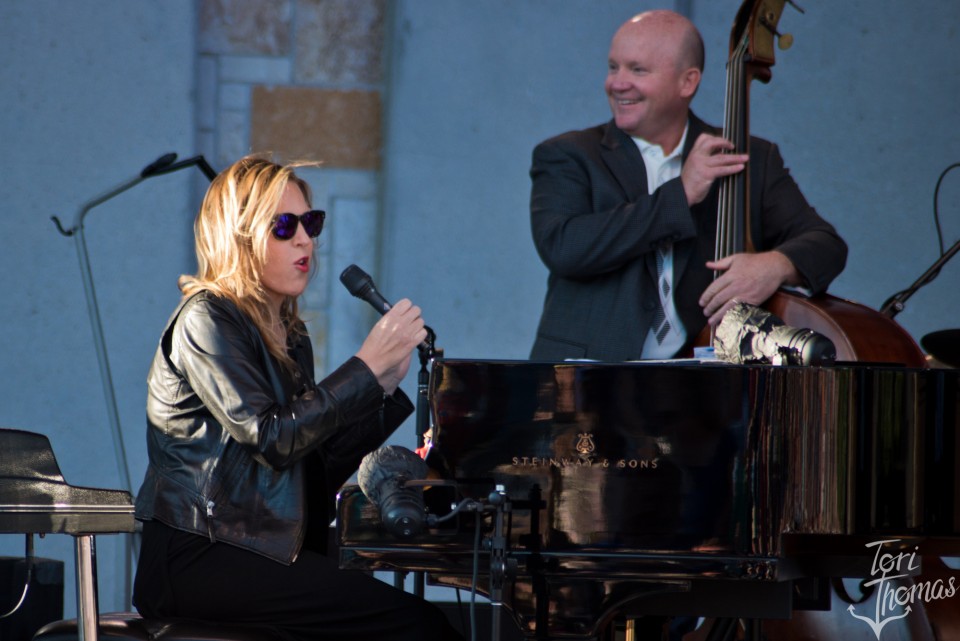 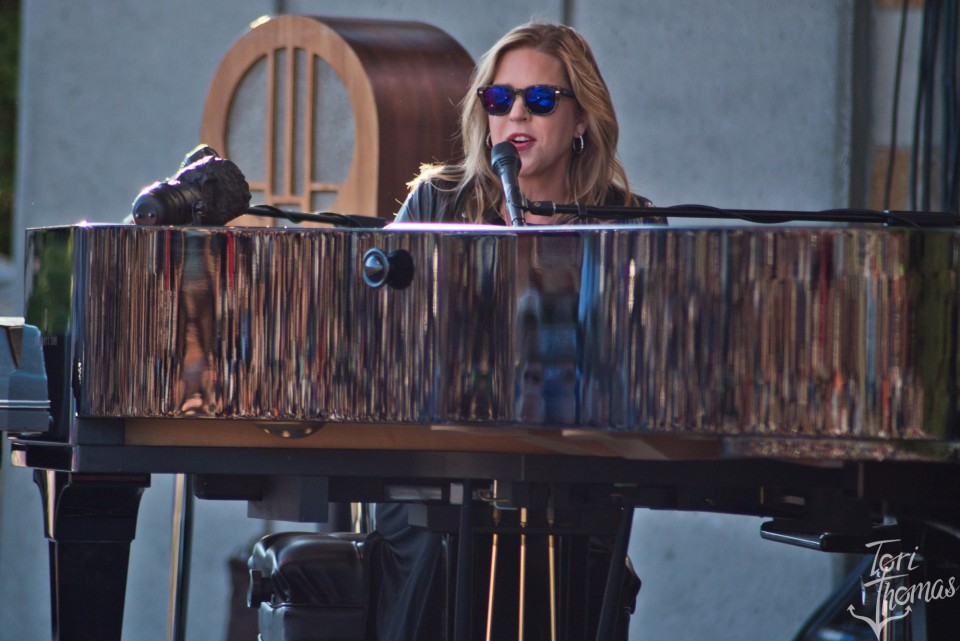 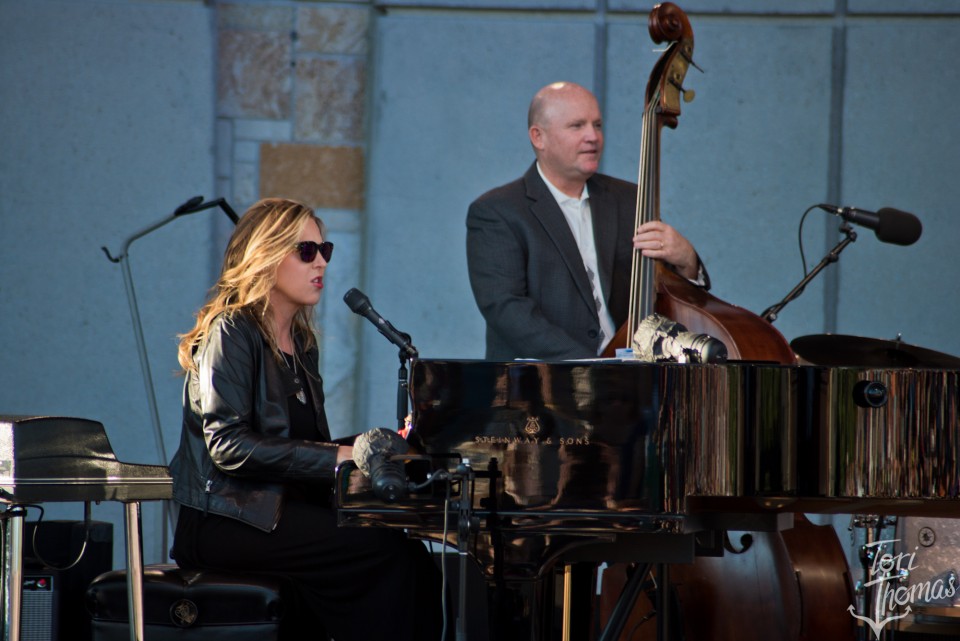