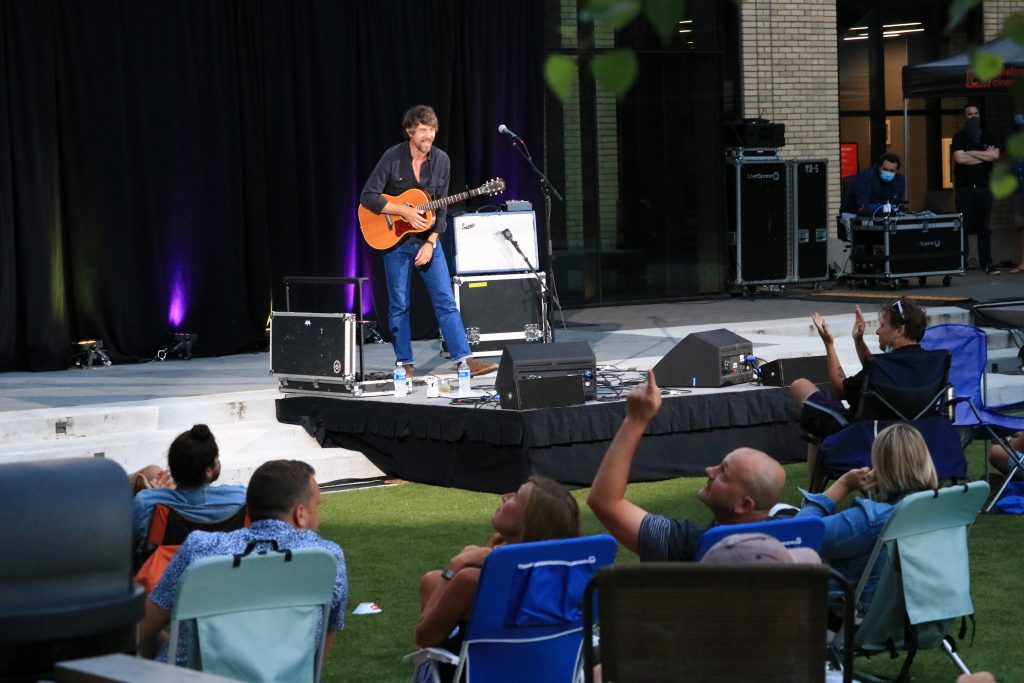 Perched against the railing of their courtyard balconies, tenants at Studio Park’s apartments looked out across the open-air space at a sight for sore eyes and a rarity these days: a concert.

Spread out in socially distanced clusters across the front lawn of the downtown complex, eager concert-goers with masked faces settled into their own lawn chairs for Listening Room’s first show of its “Listening Lawn” concert series — a sold-out affair with 100 attendees on hand.

One of the few live music efforts in West Michigan, and certainly among the most professionally produced, the sold-out evening boasted performances by Luke Winslow-King, Hayes Griffin (guitarist and former WYCE Station manager) and Nate Roberts.

Even Grand Rapids Mayor Rosalynn Bliss was in attendance.

Promoter Quinn Mathews, general manager of Listening Room, which has been closed since mid-March due to COVID-19, remarked on the inaugural event near its halfway mark: “It feels good. I think safety is the first concern, and I feel really good knowing that we have everyone distanced, that I see people I respect in the community, and just knowing we’ve provided a safe environment,” he said. 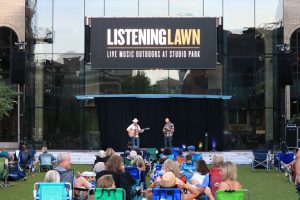 A New Series: Outside the Listening Room on Thursday. (Photo/Anna Sink)

“There aren’t touring artists, so we’re not bringing in big acts from out of state, but luckily we have incredible local music, so it’s a matter of finding the perfect mix of how many people are going to show and which artists fit. It’s working out. So we’re gonna keep it going as long as we can through the summer.”

Songwriters Griffin and Roberts opened the show with tender originals accompanied by guitar and mandolin respectively. The endearing duo traded delicate solos and provided a warm introduction to the night’s festivities.

Winslow-King, the well-known blues-Americana troubadour, hailing originally from Cadillac but now residing abroad in Spain, took the stage around dusk accompanied only by an acoustic guitar and a gentle smile.

The veteran songwriter rolled through a rugged set of originals, including romantic numbers like “Honeycomb” and “Love at First Sight” and even taking passing requests. The addition of a smooth slide on the guitar now and again offered a mesmerizing dynamic, especially when things got bluesy.

“I think there could be more concerts if everyone could see what’s happening here,” Winslow-King mentioned from stage. “There’s great sound and plenty of space and everyone’s staying safe.”

Overall, audience members appeared cautious under the circumstances, but were compliant with venue restrictions and determined to enjoy live music after months of quarantine, even if it meant in a peculiar fashion.

“Luke was actually my first concert I saw before the pandemic,” said Colleen Clark of Grand Haven. “I love it, I’m way overdue. It’s been nice weather, it’s nice that their doing it safely, and it’s Luke, so it’s all good.”

Next week, the series continues on Thursday with Asamu Johnson & The Associates of the Blues and Hannah Rose & Friends. Get tickets and details online here. 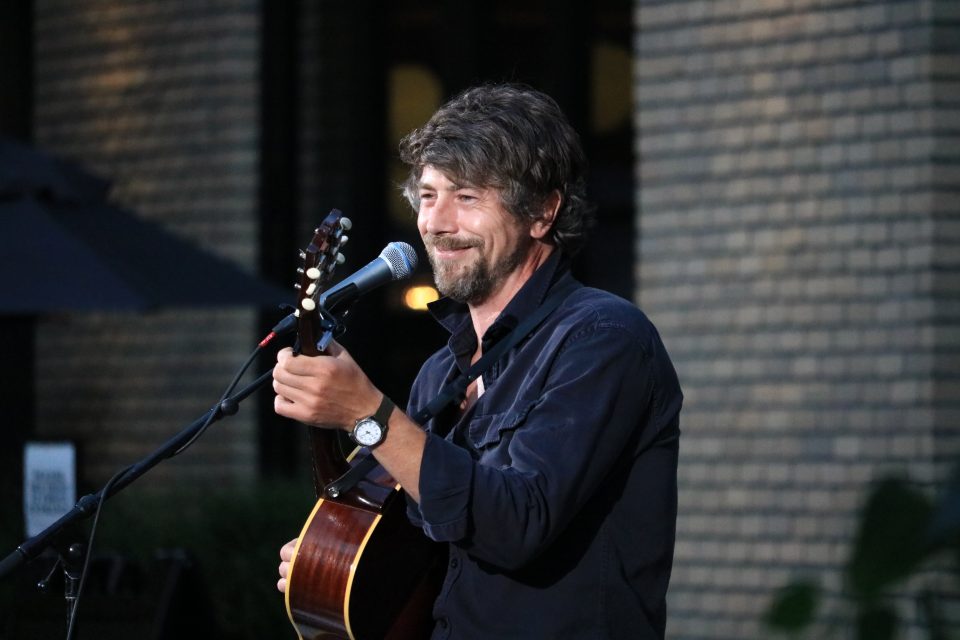 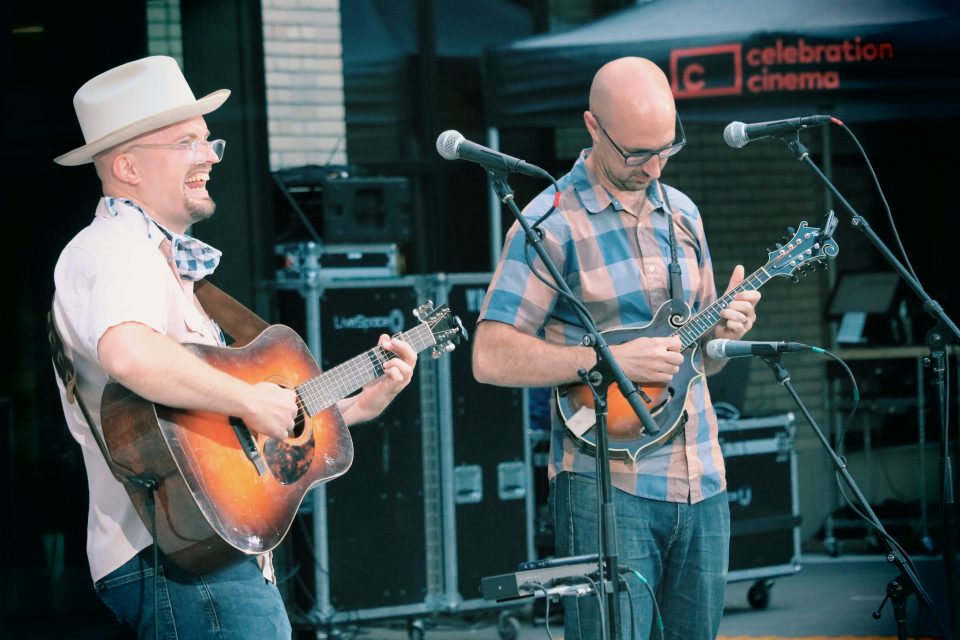 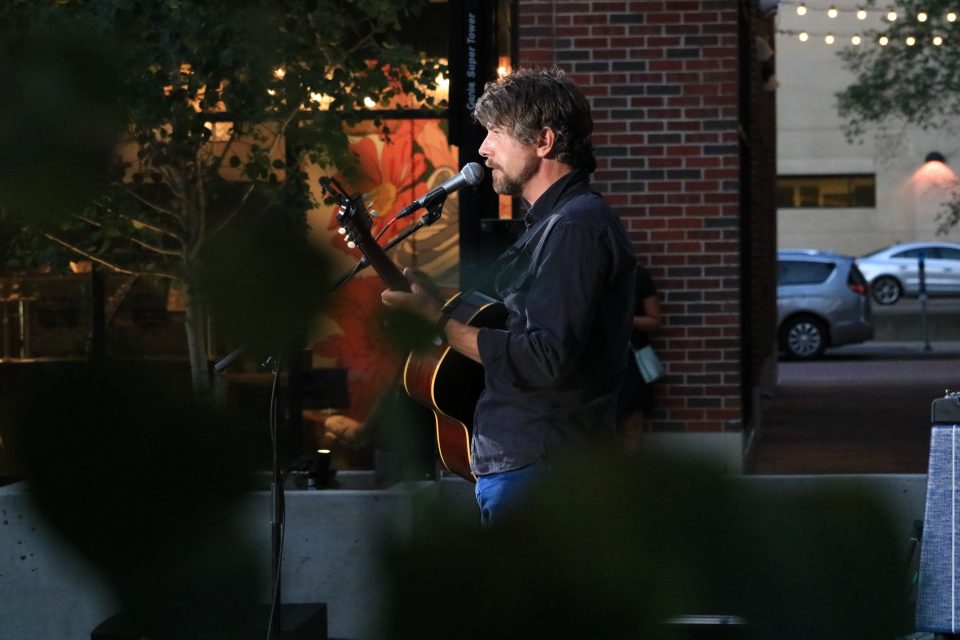 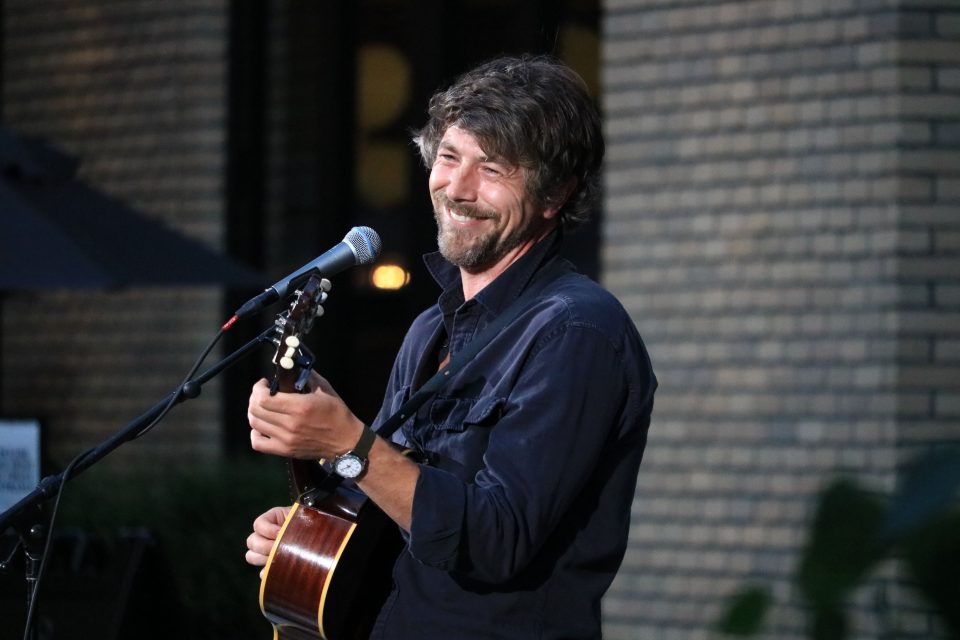 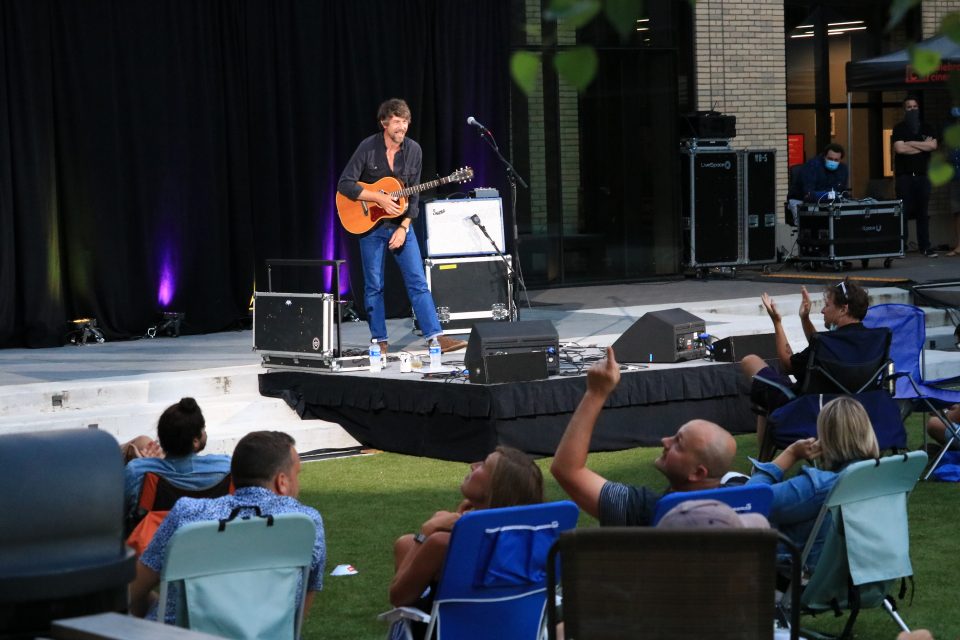 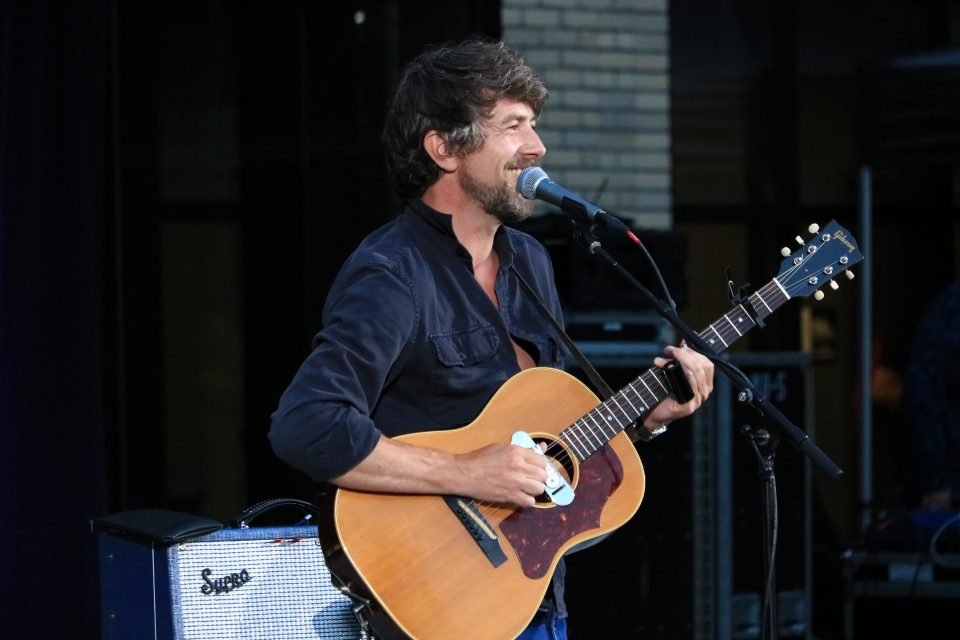 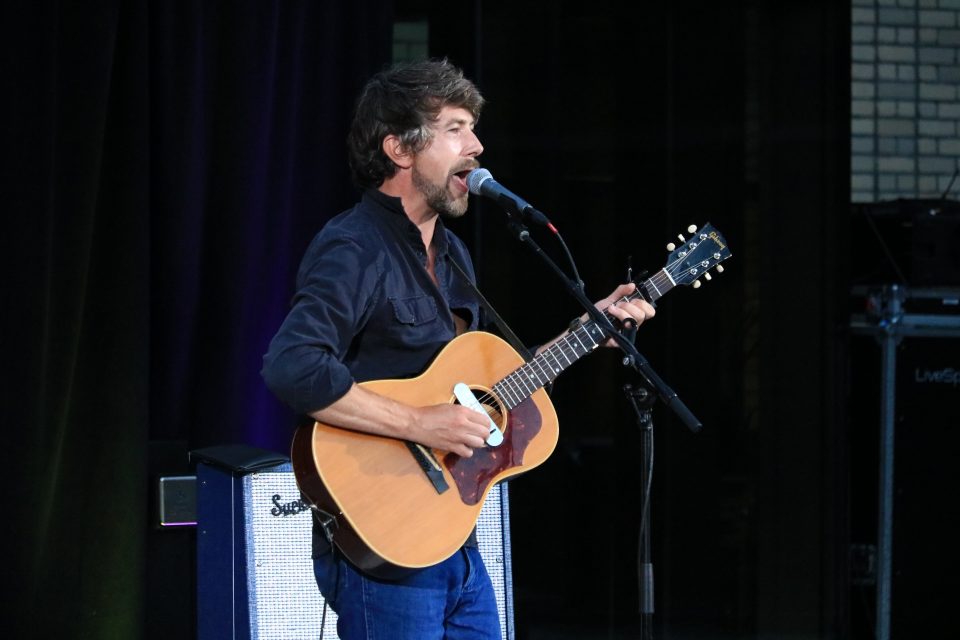 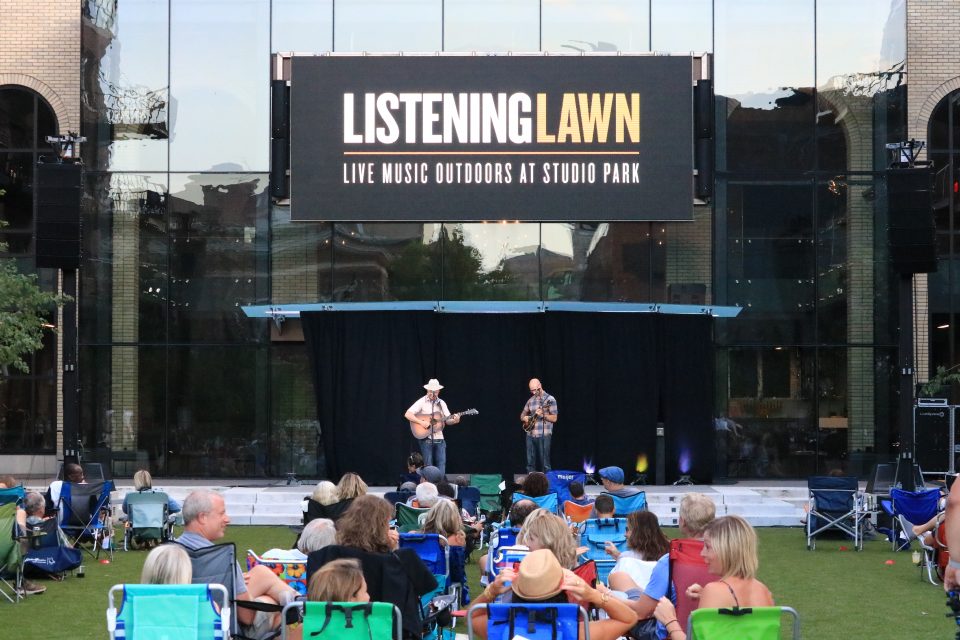 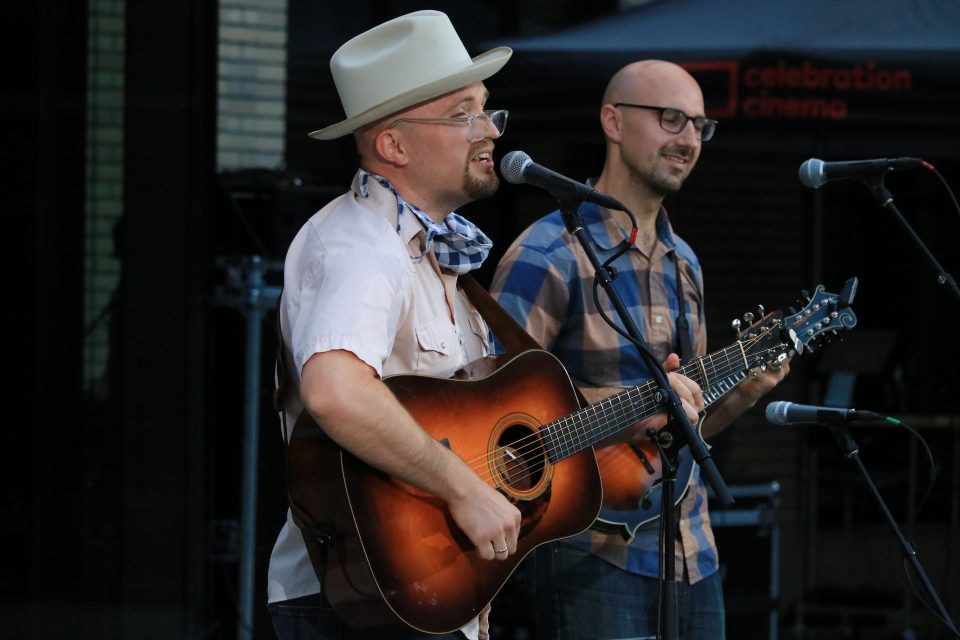 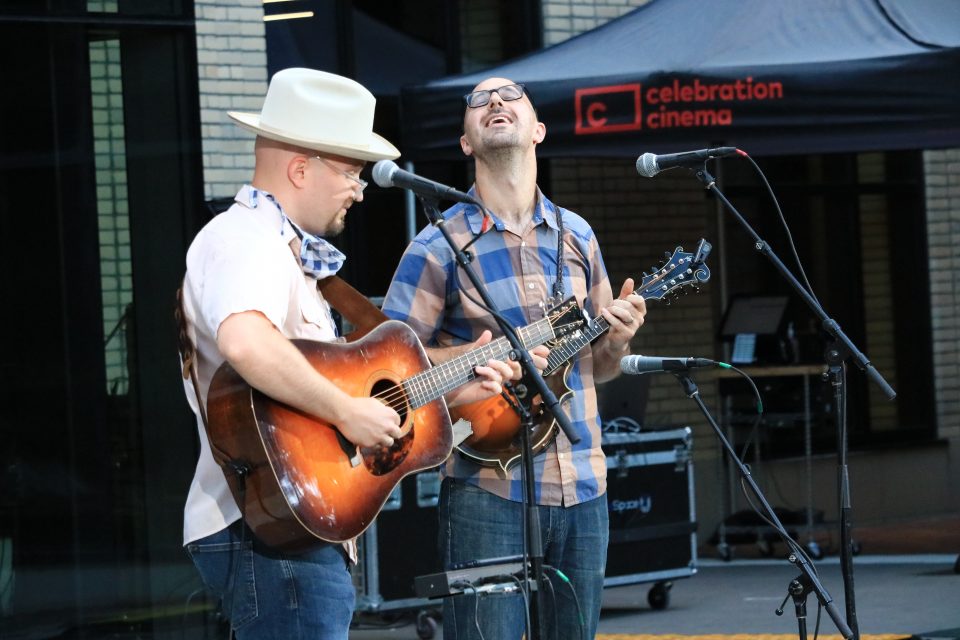