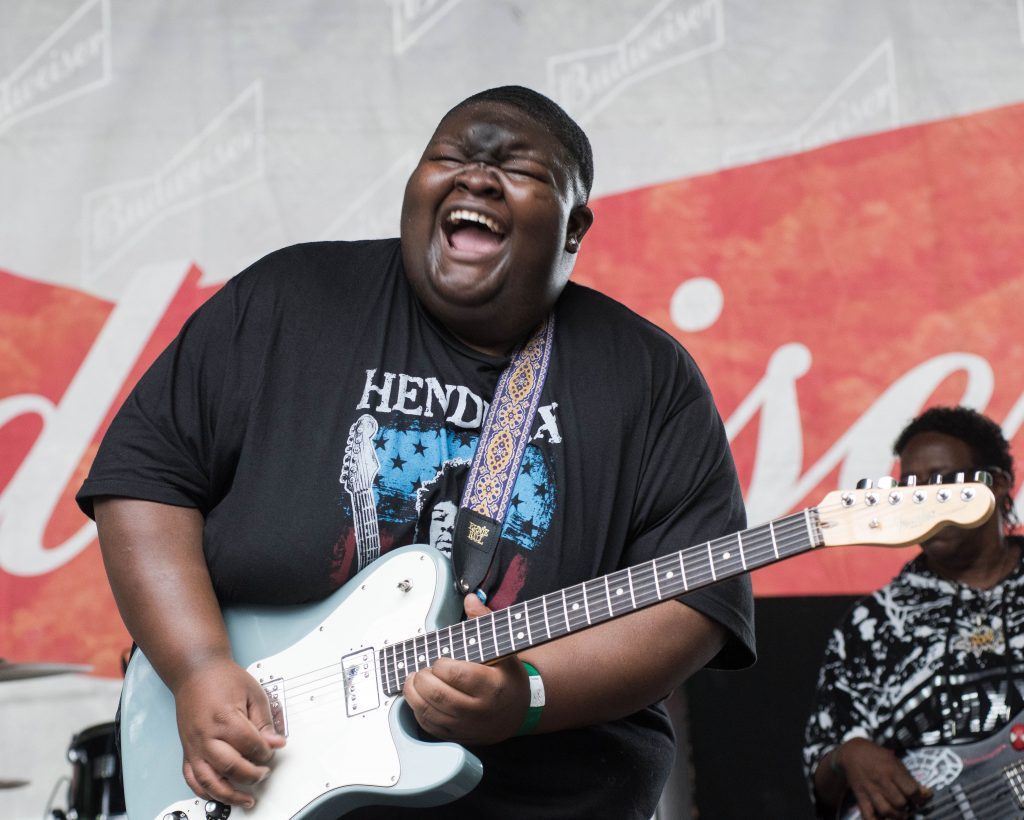 Writing the Next Chapter of the Blues: Christone “Kingfish” Ingram. (Photo/Jim Fraher)

SCROLL DOWN FOR VIDEOS OF INGRAM

Blues guitarist Christone “Kingfish” Ingram comes from Clarksdale, a town in the Mississippi Delta, mere miles from where Robert Johnson allegedly made his deal with the devil to acquire his iconic skills.

And while the 21-year-old Ingram has made no such agreement, he still stands tall as a key piece of the next generation’s new wave of genre-defining blues performers. 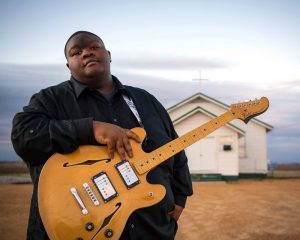 ‘Blues With an Edge’: That’s the goal of Ingram. (Photo/Rory Doyle)

The guitarist’s second headlining tour makes a stop tonight at The Pyramid Scheme in Grand Rapids – a tour that comes after earning stage time with numerous heavy hitters in the blues genre and landing guest appearances on his album from the likes of Keb’ Mo’ and Buddy Guy.

It’s clear that the young guitarist has gotten his fair share of musical inspiration from some of the greats while writing his own chapter in the book of the blues.

“I do think I have an old soul, that I’ve been here before,” Ingram told Local Spins in a recent interview. “I’m moving forward, with one foot in the past.”

With an uncanny ability to shred with the best guitarists on the scene, Ingram already has accrued a long roster of accolades for his Alligator Records debut album, “Kingfish,” from publications across the country and beyond, along with a Grammy nomination and a spot on NPR’s list of “Best Debut Albums of 2019.”

NOT JUST ‘A CARBON COPY’

With a sound, lyrics and soulfulness to back it up, Ingram has put his own spin on the music he plays. Because while the blues lies at the core of his music, Ingram strives to create a sound and style that is unique to him.

Ingram calls it “blues with an edge,” calling on his influences but with his own rock twists. 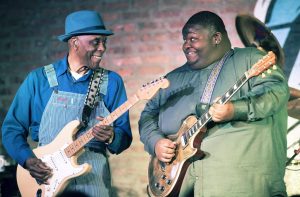 “It’s great to sit down and soak up all the wisdom from all of them. It’s a wonderful thing,” Ingram said of icons ranging from Robert Johnson to B.B. King to Prince.

“Because it’s good to take from the influences, but you have to add your own thing, your own style and showcase yourself, rather than just being a carbon copy.”

Ingram also spends a lot of time working with Blues in the Schools programs, visiting with students across the country while on the road for his tour.

By teaching kids about blues music, he helps give them a new avenue for self-expression. It’s a way to keep the fire for blues music alive and burning for the next generation.

“Definitely, that’s what we need to do, because in order to keep it going,” said Ingram, who started playing public gigs when he was in just the seventh grade.
“We need the next generation there for it – just give it from one generation to the next.”

Ingram brings his “Fish Grease 2: A Juke Joint Tour” to Grand Rapids on Tuesday (March 10). The all-ages show at The Pyramid Scheme begins at 8 p.m., with doors opening at 7 p.m. Grand Rapids rock band The Blue Pines will open the show. Tickets are $25 at the door. Get more information online at pyramidschemebar.com.

VIDEO: Christone ‘Kingfish’ Ingram, “I Put a Spell on You”