The Ann Arbor band that’s impressed fans with its live shows for years has finally unleashed its full-length studio debut album, and will play Billy’s Lounge on Friday along with Biomassive and Bigfoot Buffalo. 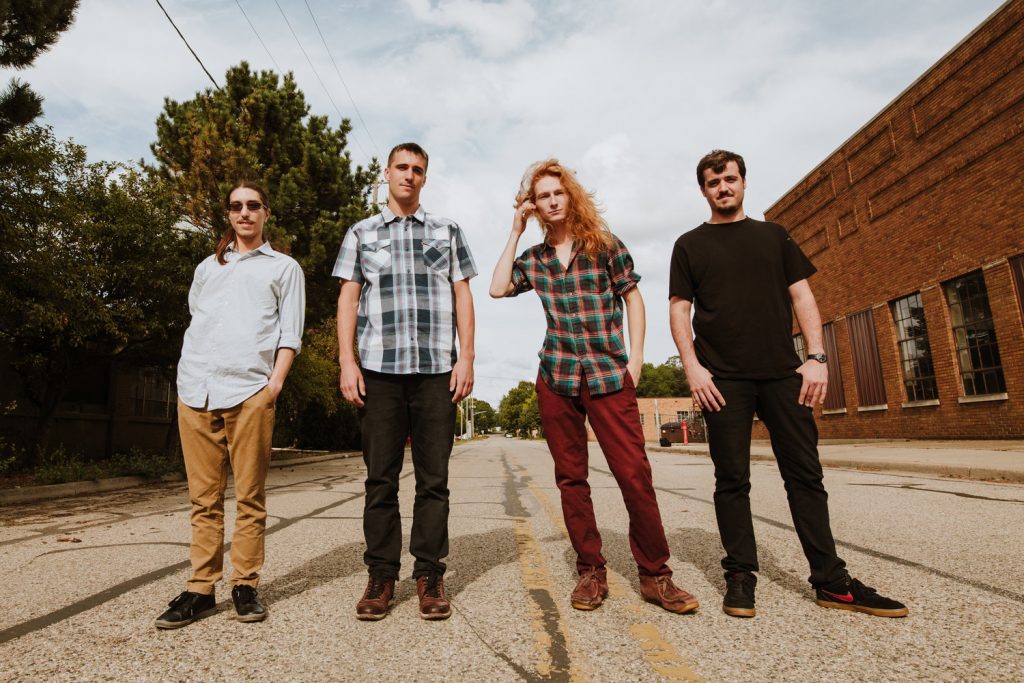 Adventurous Genre-Hopping: Chirp worked to capture the magic of its live shows in the studio. (Photo/MillerTymeDesign)

THE BAND: Chirp
THE MUSIC: Progressive rock/funk fusion
WHERE YOU CAN SEE THE BAND: 9:30 p.m. Friday (April 5) at Billy’s Lounge in Grand Rapids, with Biomassive and Bigfoot Buffalo ($5)

EDITOR’S NOTE: This is the latest in a series of Local Spins features by writer Jeff Milo profiling artists from the east side of the state. Today, Milo showcases the diverse approach of Ann Arbor’s Chirp.

The agile Ann Arbor-based prog-fusionists of Chirp have been honing their live set for four years, now, building up to the release of their self-titled debut full-length.

They’ve also been building their reputation across the Mitten State’s music venues for their engaging, high-energy live show. They have the buoyancy of a funk band, the expansive arrangements of a jam band, the adventurous qualities of jazz, the fuzz-heavy brio of hard rock, and the melodic earworm choruses of pop. But actually, let’s cut back into that last sentence and take out the word “jam.” 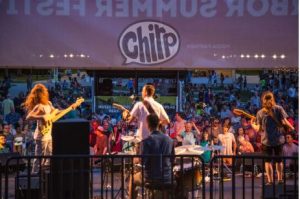 “Although we’ve been described as a jam band, we tend to eschew that label because feel like our sets are more planned out, and not quite as improvised,” said singer/guitarist Jay Frydenlund. “That being said, we see why that happens. We’re billed with a lot of jam bands, and we love playing with them and definitely pair well with them.”

But “jam” tends to describe the “audience” more so than genre, says Frydenlund, because it encompasses a broader diversity of music types than this music journalist, and most music journalists, take into account. So let’s forget “jam.”

“I think ‘adventurous’ is a great word for our tunes,” said drummer John Gorine. “That’s definitely how we want our tunes to feel, especially live. We want to take our audiences out of their physical space, into another world, for as long as our set time allows. We like to think the music we play has a pretty broad spectrum of feeling, emotion and playing it as a group is like a big conversation that’s simultaneously joyful and insightful.”

You don’t get this much harmonious miscellany without each member bringing a sundry set of styles from their own personal lists of influences. Gorine spent his younger, formative years listening to Radiohead, Elliott Smith and Red Hot Chili Peppers, while Frydenlund was also into Smith, but also Kanye West, Dylan and the Beatles. Guitarist-singer Ken Ball dug into jazz, but also proggy art-rock icons like Electric Light Orchestra, and bassist Brian Long was into Victor Wooten, Zeppelin and Jaco Pastorius.

Long is the newer member to the group, bringing a background in orchestra (through high school), and prior collaborations with comparable genre-defying groups like Liquid Monk and Jake Prince Trio. “(Ball & Frydenlund) have played together in various projects over this last decade,” said Long, “and (Gorine) had always been around their circle of musical friends.”

Frydenlund added that he’s known Gorine since the sixth grade, but went on to complete the story for the band by saying that “(Long) was the obvious first choice to replace our old bassist after we’d parted ways. We’d seen him with other bands and were always blown away.”

In Chirp’s earliest incarnations, when Gorine first joined with Frydenlund and Ball, he was in the middle of finishing up a business degree at Eastern Michigan University. While Ball was raised by a music professor for a dad and played guitar since he was young, Frydenlund didn’t pick it up until he started college, going the self-taught route, but later taking some courses at Washtenaw Community College. 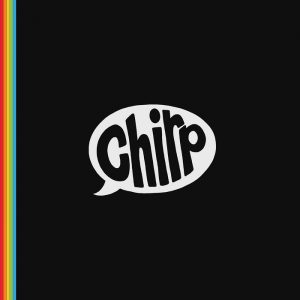 The New Album: Getting the ‘exact sound’ they wanted.

Whatever their respective paths leading up to this album, witnessing a Chirp set live (or even experiencing it with headphones on a recording) is like encountering intrepid wizards with nearly telepathic connections and hairpin-turns in time signatures, with effusive solos flourishing through a song’s bridge only to rear back into the ever-potent groove they’ve manifested.

Over the past two years (in between some rigorous touring), they got to work capturing that magic for a studio album.

The self-titled album “is in line with our previous recordings style-wise,” said Ball. “The difference is that we were able to give (the songs) the studio-treatment, and get the exact sound we wanted for each. We like to think we’re quite a bit tighter and more musically cohesive since 2015, as a group. We also think we’ve all improved a good deal individually, and we’re more willing to take risks live. A big change would be how (Long) has changed our sound; he brings a pretty deep pocket in the low end.” (Check out the Local Spins review of “Chirp.”)

Chirp’s new album received some crucial instrumental augmentation from a handful of collaborators. Kevin Gastonguay (of Cory Wong Band) played keys on one song, and Haruki Hakoyama and Dominic Bierenga (of Paddlebots) added horns to the lead single, “Greener.”

“It’s so much fun hearing what they can do with some of the tunes,” said Frydenlund. “It was awesome getting to do mastering with the great Glenn Brown in Lansing. He’s worked with some absolute legends and we felt lucky to get to team up with him.”

It was Brown’s idea to run the album through tape. “So, we’re excited for fans to hear the warmth, and overall old-school vibe that that gave the tracks.”

Beyond the cameos and mastering assistance, the album was a DIY affair. “It took a lot of the pressure off, and we could be cozy and patient while tracking,” said Ball. “On the other hand, though, we may have gotten overly picky without having the time or money restraints.” 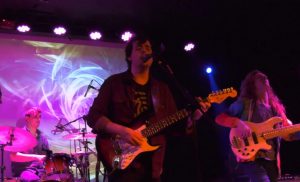 From the Video: Chirp on stage.

But Gorine came in to praise Ball: “We’d occasionally run into some unexpected issues to make things a challenge, but overall, (Ball) did an amazing job of navigating those and finding solutions.”

Ball found those solutions, just as the band continues to find more new genres, or arrangements to try out.

“The big things our fans seem to enjoy is the genre-hopping, and our live balance, dynamics and overall energy,” said Long.

“And,” Frydenlund said, “we know those are kinda general, but we pride ourselves in those departments. We like to stay open-minded to different sounds and styles, and we’re always happy to hear that someone’s enjoying the variety we’re aiming for.”

Aspire toward an amalgam, then sculpt the sound with laser focus. That’s Chirp.