This late March recap of Michigan releases takes a look at The Go Rounds’ much-anticipated upcoming album along with four other fetching, genre-busting recordings. 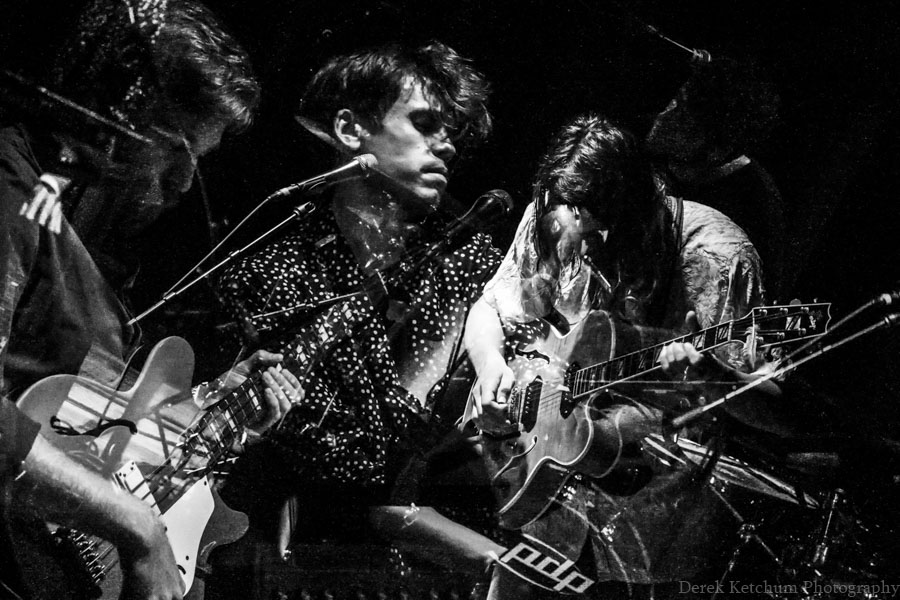 This March roundup of new albums and EPs features the long-awaited new recording by Kalamazoo’s The Go Rounds, the debut full-length from Ann Arbor’s Chirp and Grand Rapids’ FADE, along with the latest from the inimitable Dead Eye Zack and Alex Perez. Check out the reviews and listen to songs from the featured albums. 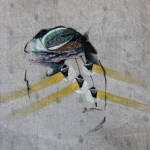 The Go Rounds
“Whatever You May Be”

Listening to the Go Rounds over the past 10 years has been like watching a painting fill its canvas in slow motion with increasingly vibrant hues and overlain textures. Last year, in a fitful four days sandwiched in between tours, hunkered down inside Chris Koltay’s High Bias Studios in Detroit, they put together a lush and swooning composite of spacious drifters, aerobic kickers and some cavernous sonic curtains to create a multifaceted, ambient art-rock epic. Working with producer/composer Ben Cohen to tie in the affecting aural builds and striking dynamics, they sound like a band that sews maximal care into every measure. Lead singer Graham Parsons adapted a poem by Michael Dickman for the kaleidoscopic math-rock-rhythmed opening track, “Foxtrot,” which unwinds in movements like an indie-psych opera. It’s anchored by a recurring drum beat from Adam Danis that, if it were a locomotive, would be nearing 200 mph. “It gets darker earlier,” Parsons sings, before his multi-tracked, dazzlingly effected vocal starts billowing into a furious skywriter-like flourish. “Over And Over,” meanwhile, is a shuffle-to-strut kind of twanged out Americana-rocker that Go Rounds fans might find familiar, laced with their signature proclivity for just the right amount of sonic strangeness draped across the vocals, as well as an excellent demonstration of bassist Drew Tyner’s agile grooves augmenting the percussion’s punch. “Under The Light” is rewarding for the contemplative, headphone-aided listener who may be doing a bit of daydreaming or stargazing, with guitarist Mike Savina’s skipping-stone’s ripple-like effect of twanging tones resonating ominously, only to be lassoed into a jazz-country hybrid of sharper riffs for the choruses. Just as this album features some of Parsons’ most intensive vocal performances, his mates are there like a surge-like zephyr to keep him elevated, even if he’s plumbing new depths emotionally in his subject matter. “Whatever You May Be,” released last November in Mexico and officially being released in the United States on April 5, is the ideal Zen-like combination of meditation and unpredictability. Just as each song could suggest four different genres, the Kalamazoo band sounds as though its excavated a certain serenity by continuing to dig. – Jeff Milo
Website: https://www.thegorounds.com/
Upcoming Shows: April 4 at Beards Brewey in Petoskey; April 5 album-release show at Ore Dock Brewing Co. in Marquette; April 6 at Keweenawsomefest 2019 in Houghton; April 19 at The Livery in Benton Harbor (with Heavy Color); April 26 at Bell’s Eccentric Café in Kalamazoo.
Listen: “Foxtrot” (Michigan House version) 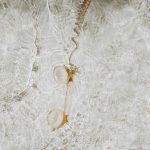 Marley Ferguson, aka FADE, weaves together the sounds of the past and present on this debut EP. The Grand-Rapids based synth-pop artist, formerly one half of the electronic duo PARTS, released the four tracks that comprise the “Fall In Love” EP after her former bandmate moved away from the city. Ferguson decided to rebrand herself, and channeled the aimlessness she felt into her new project. This impressive solo effort incorporates a wide array of influences, landing somewhere between the pulsating new-wave beats of Depeche Mode and the modern indie-electronica and sleeker production of groups like CHVRCHES. Standout track “Whole” dives headfirst into the underground club scenes of the past, while “Almost Had It All” feels firmly grounded in the present day. “Changing” is a pleasant change of pace from the first two tracks. It takes a step back and lets the music breathe a little, allowing Ferguson’s sweet, wispy voce to take the spotlight as she wrestles with the choice of whether or not to stay in the town where she’s comfortable. With an EP as short yet enticing as this, one can’t help but wonder if there’s more to come. Perhaps that’s the idea, though. – Devin Dely
Website: https://marsfade.bandcamp.com/
Upcoming Shows: April 6 at The Pyramid Scheme at part of “Synth Night Vol. 2”
Listen: “Whole” 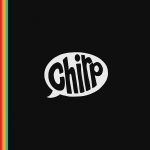 They say don’t get carried away, but that just doesn’t apply when you listen to Chirp’s self-titled debut. In fact, that’s the idea. The first minute of the Ann Arbor-based quartet’s opening track, “Sleeper,” is all about sonic ascension: One guitar’s taut riffs suggest the climbing of stairs or ladder rungs, which harmonizes with the second electric guitars more effusive flourishes, as if spreading its proverbial wings to glide over the percolating bass and punching drums. Then, as Chirp is wont to do, things change, then change again. The guitars dip into a metal-like low end, and the vocals come in with a bristly, blues-buzz. While this song, in any other band’s hands, would maybe reach the four-minute mark, Chirp digs into every corner and brings in maximal radiance, carrying it past the six-minute mark with a variance of guitar phrasings, switched-up rhythmic time signatures and all kinds of dazzling, spacey tones. To spin another cliché phrase into new prog-rock life, Chirps play every song to the fullest, which adds some irony to a band name that otherwise suggests a super-brief incanted note. With Chirp, it’s all about the groove, and then riding said groove with elements of funk’s cool, jazz’s adventurousness, prog-rock’s intricacies and rock’s swagger. The pirouette guitar hooks of “Dickerville” over the chip-chop drum beat are the kind of thing that will put spring into the steps of its listeners, counterbalanced by the sliding whole notes of those organs and the feathery-descent arc of the chorus. Chirp, in many cases here, serves as the prog-rock answer to Vulfpeck’s minimalism-funk. These are infectious grooves that either put air in your lungs or a warmth around your heart. More than that, they probably get your toe tapping. And just when you think a song can’t change things up a third or fourth time, or weave in a new melodic coil or skronky-spacey-syrupy tone, they carry you through another dynamic segue. The band worked on this album for two years in between some intensive touring, recording to tape with engineer Glenn Brown in Lansing, giving each song a warm, crisp, old-school vibe. So, get your headphones out: Chirp’s live energy and signature adventurousness has been effectively translated into a proper album format. – Jeff Milo
Website: https://www.chirpband.com/
Upcoming Shows: April 5 at Billy’s Lounge in Grand Rapids; May 24 for Pathway to the Pasture band contest at Ziggy’s in Ypsilanti; June 14 at Buttermilk Jamboree in Delton.
Listen: “Greener” 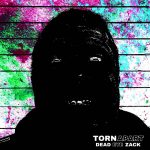 “Torn Apart” personifies exactly who Dead Eye Zack is – a chaotic fusion of rock, folk, outlaw country and dumpster swing exemplified by his unique gruffy and twangy vocals. Grand Rapids-based Dead Eye Zack, aka singer-guitarist Zack Godi, opens his latest album with “Dead Eye Aim, “ a light taster showcasing Godi’s nimble, wispy guitar skills and unique voice inflection which is akin to a catchy drawl. Godi isn’t shy when it comes to experimenting with his voice. He is able to modulate his upbeat drawly voice to a rough, dirty growl instantly which is prevalent in “Distaste.” Godi goes a step further in “Killin’ Time” and “We All Suck,” deploying hard-rock, screamy vocals layered on top of his laid-back swingy tones. Godi’s contrasting voices and sudden switch-up leaves listeners on their toes and always guessing what else Godi has in his repertoire. Recorded at Knavish Audio (with drummer Don Carlisle and drummer Athen Erbter), “Torn Apart” is a storm of fun, leaving listeners hoping that these lively and experimental vocals never subside. – Matthew Tep
Website: https://deadeyezack.bandcamp.com
Listen: “Dead Eye Aim” 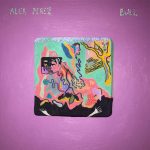 Experimental lo-fi artist Alex Perez from Holland delivers a cloudy and disorienting experience in his third full-length album. Perez seems to take influence from bands Empire of the Sun and MGMT in the vocal realm, producing a monotone and dissonant sound. The songs are passive and light which makes for easy listening. The fourth song on the album “Sploosh” has a notable tempo change that creates a spiraling feeling. This emotion is further conveyed by the sway of the strumming pattern throughout, and truly sets the tone for what direction Perez is taking in “BULL.” The sway turns into a delicate movement in “Cereal,” combined with soft vocals, to create a dream sequence that goes deeper and deeper into the rabbit hole. The trip continues with the saturated “Hot Potato,” and then flowing right into the backseat song “Momma’s Whip.” The distant “Sparkle” almost has 1950s dance-hall undertones due to its expansive instrumentation. The album wraps up with “Blueprint,” emphasizing the soft style of the entire album and gently closing the colorful door to the trip that is “BULL.” – Liv Conaty
Website: https://alexanderperez.bandcamp.com
Listen: “Sploosh”