After a silent 2020, the iconic, three-day music festival this weekend at Eaton County Fairgrounds has organizers and fans ‘super-excited.’ View the full schedule at Local Spins. 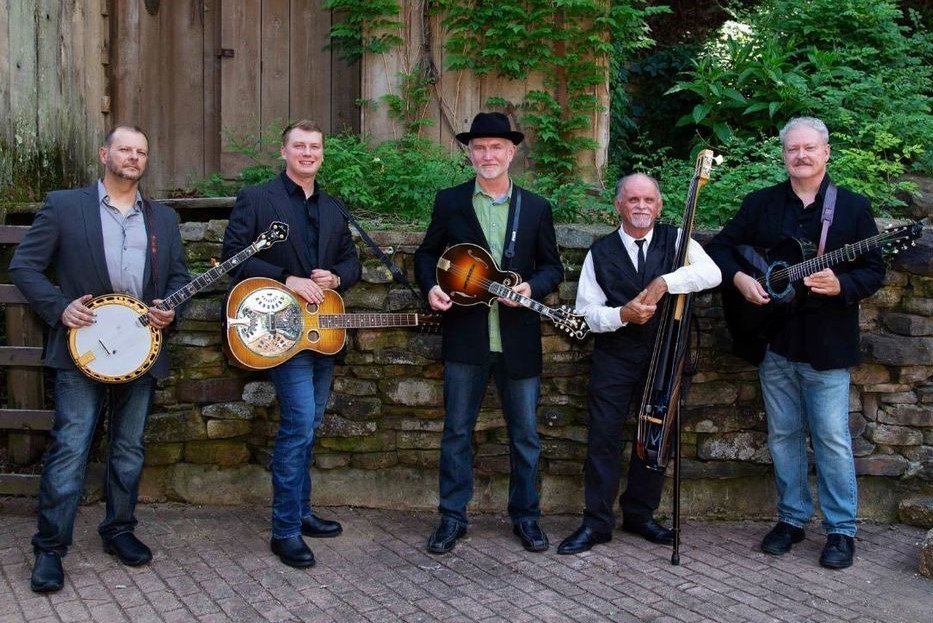 When Wes Pettinger was just 10 years old, his dad brought him to the second Charlotte Bluegrass Festival in 1973 and his life was forever changed.

“I grew up playing and learning how to play at this great festival and we would have family reunions there as well,” he recalled.

“Audie (Blaylock, a guitarist raised in Lansing) and I learned and picked music together for many years at this festival.”

His love of this three-day event was so strong, Pettinger took over as its lead organizer in 2013. Now, he’s thrilled that the festival returns to Eaton County Fairgrounds this weekend after being forced to take 2020 off due to COVID. 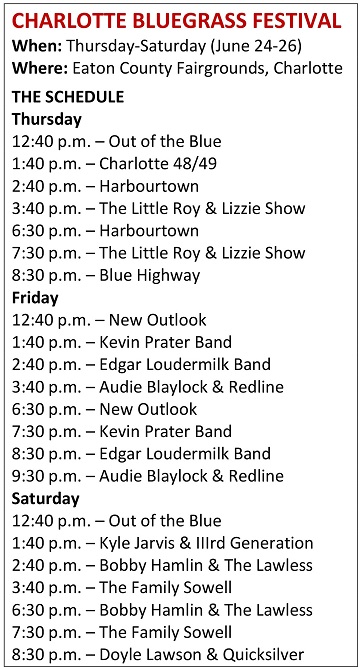 “It was never my intent to be a promoter, but I didn’t want to see it end as no one else stepped up to take it over,” he said.

“It feels good to feel like things are getting back to normal. It really is two years since the last festival and you have to try and recreate it in your mind as you try to remember all the details through the process.”

All Michigan bluegrass fans need to remember is that Pettinger has lined up some impressive national names for the 2021 edition of Charlotte Bluegrass Festival, including the award-winning, Tennessee-based Blue Highway, traditional bluegrass and Southern gospel icon Doyle Lawson & Quicksilver, and the Texas-based Audie Blaylock with his band, Redline.

“We are super-excited to have this year’s lineup,” Pettinger said. “Blue Highway is a very popular national act and Grammy nominee. Their last performance was February 2020 and we are really excited that Charlotte will be their first performance since then.”

He described Lawson as “the Elvis Presley of bluegrass” who’s retiring next year, noted that Blaylock has a new hit single, “Love’s Fleeting Fire,” and that the Little Roy and Lizzie Show is always “a fan favorite.”

Festival tickets — $75 weekend, $30 per day – will be sold at the gate. Advance tickets online are $80 for the weekend or $35 per day, available online here. Camping is $18 per night with paid festival admission; camping fees will be collected at the gate.

The Eaton County Fairgrounds are 63 miles southeast of Grand Rapids and 23 miles southwest of Lansing.

AFTER NEARLY CANCELING FOR A 2ND YEAR, OPTIMISM FOR A RECORD TURNOUT

The festival will also host a separate “Charlotte Dance Night” at 7:30 p.m. Wednesday (June 23) to help kick things off with Bootleg Band. Admission is $8. (Weekend pass holders are admitted free.)

Pettinger conceded that pulling together this year’s festival amid the pandemic posed challenges and nearly led to another cancellation.

“This year was extremely difficult to plan due to the lockdowns still in place when were were planning,” he said. 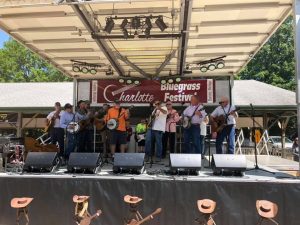 Back at It: The festival stage will be full of pickers this weekend. (Courtesy Photo)

“We were within a day of canceling as we thought new lockdowns were coming due to the virus being so bad in Michigan as recently as early April.”

Pettinger has to “wear many hats” at the festival, supervising gate admissions, coordinating volunteers and stagehands, keeping performances on schedule and overseeing the campground where 250 campers are expected.

On the flip side, Pettinger said he’s heartened to see that the longstanding festival is one of the only major music events taking place in the region this weekend.

“We are basically the only event going on this time of year and that should help us greatly as many folks have cabin fever from this awful 15 months we have been through,” he said. “So yes, we are very optimistic for a record turnout.” 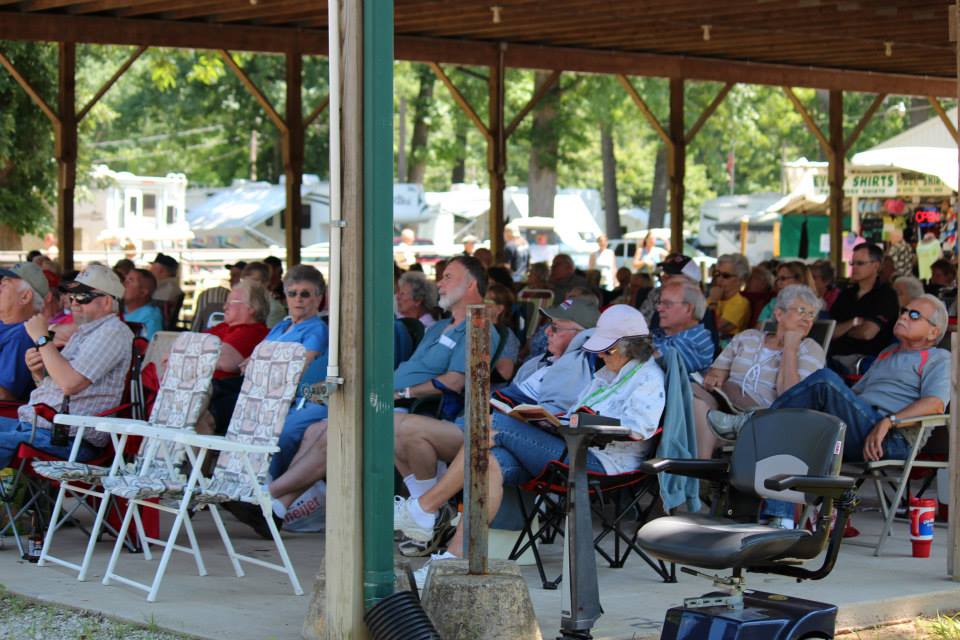