Concerts, workshops and speeches at the weekend event in Grand Rapids focused on “valuing unconventional expression and promoting community dialogue.” Check out the recap and photo gallery. 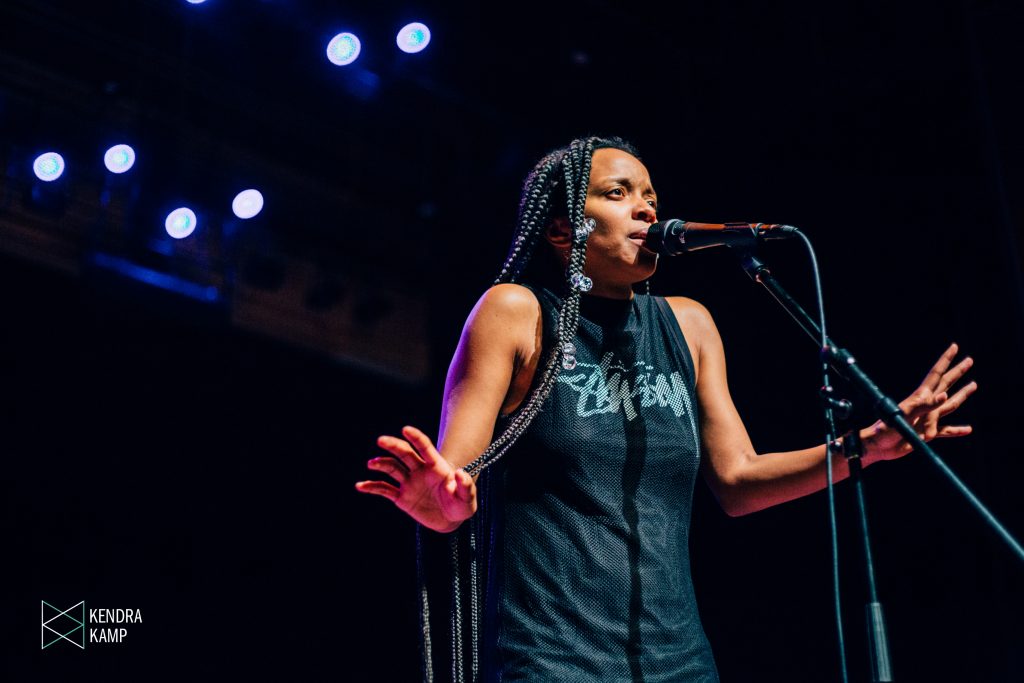 Regularly pushing boundaries with its annual concert series and entertainment schedule, Calvin College continually strives to engage with art and music on a deeper level.

Challenging both religious and cultural traditions with its biennial Festival of Faith and Music, an entire weekend is made out of asking big questions and not shying away for controversy.

The festival provides a safe space by “valuing unconventional expression and promoting community dialogue,” as performer Julien Baker put it. 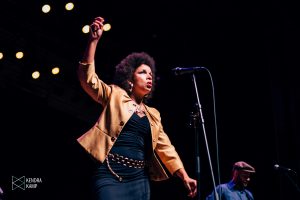 Check out some of the highlights from a thought-provoking weekend.

Opening up the weekend on Thursday with a bang was Grand Rapids’ own Vox Vidorra, opening for R&B singer Jamila Woods. The funk troupe commanded the stage with its up-beat danceable songs, bringing the entire auditorium to its feet within the first three songs. Emanating the same dazzling soulfulness of a disco ball, frontwoman Molly Shultz marched, danced and pranced around the stage in flawless rhythm, electrifying the audience.

With such colleagues as the rap phenom, Chance the Rapper, Chicago hip-hop and soul artist Jamila Woods oozes the same funky, eccentric positivity and playfulness as her fellow Chicagoan. Flanked by a full band (one with staggering precision) Woods gave a low-key but confident performance of new originals mixed with R&B classics.

Grand Rapids’ Vagabonds, aka, Luke Dean, opened Friday evening’s concert with an emotional and powerful set of original songs. Channeling punk/hardcore themes into one-man-and-a-guitar numbers, Dean cut through the pretense of the mellow coffee shop singer-songwriter. During his final songs, audience members crowd-surfed and even mounted the stage to belt out the final words of a song. 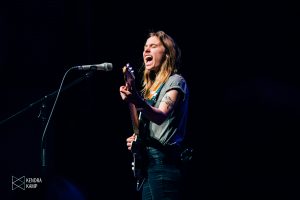 Standing at no more than five feet tall with a delicate frame, Julien Baker’s powerful, convicting voice has the ability to pierce through the soul. Strumming beautifully washed-out, ambient rhythms on a Fender Stratocaster, the 20-year-old bared her soul in the form of song, tackling difficult themes like addiction, self-worth and doubt with undertones of hope. The packed auditorium seemed to tremble with emotion, singing quietly along with Baker’s heart-wrenching ballads.

After a preview viewing of a forthcoming documentary about David Bazan’s journey as a musician, the veteran artist took the stage on Saturday night for an hour-long set. Bazan, a regular performer at Calvin, has been making music for over 20 years in varying capacities and incarnations. Most notably, the songwriter gained notoriety in the ‘90s as frontman for crossover indie-rock band, Pedro the Lion. But with a departure from his faith came a departure from the band in the early 2000s.

At 41, he provides the perspective and execution of a true master of his craft. Sitting stoic at a chair center stage, Bazan, dressed simply in gray jeans, Chuck Taylors and black long-sleeved shirt, strummed out his first song on a classical acoustic guitar: “Care,” the title track from his brand new album, which focuses on the trials and difficulties of marriage. 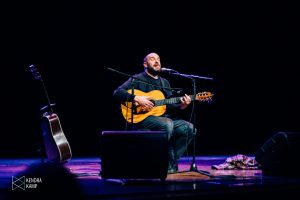 With synths and drum machines out of the picture, Bazan’s songs are left bare and raw, exposing his painfully honest lyrics. His voice creaks with each word, sometimes cutting out at he explores the higher registers, but fitting with the emotion of his songs.

After continuing with the next four songs from the new album, Bazan journeyed back to one of his first solo albums with “Hard to Be,” a slow-burning exploitation of religion. Leaning back in his chair, Bazan’s deep and gravely baritone filled the room like thunder as he sang: “Why’s it hard to be / hard to be / hard to be a decent human being.”

Closing out his set, Bazan eased into the final song from his new album, “The Ballad of Pedro Y Blanco,” a song Noisey calls “a perfect story.” The tale follows the lives of a couple from beginning to end, which Bazan injects with stinging reality. Perhaps most intriguing is the way Bazan is able to make the mundane beautiful.

With a gleam of hope in his eye he sang the final verse of the song: 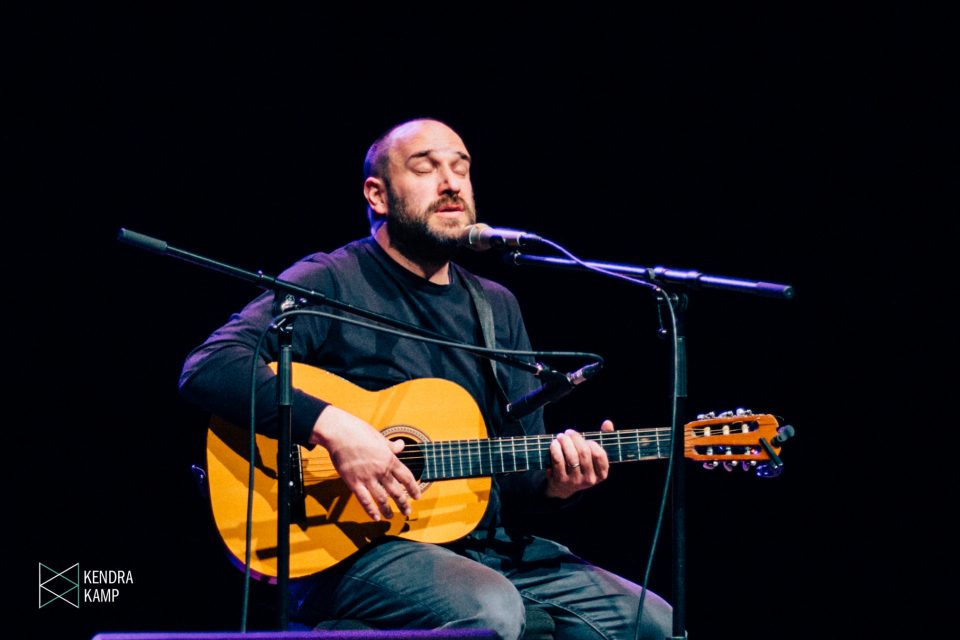 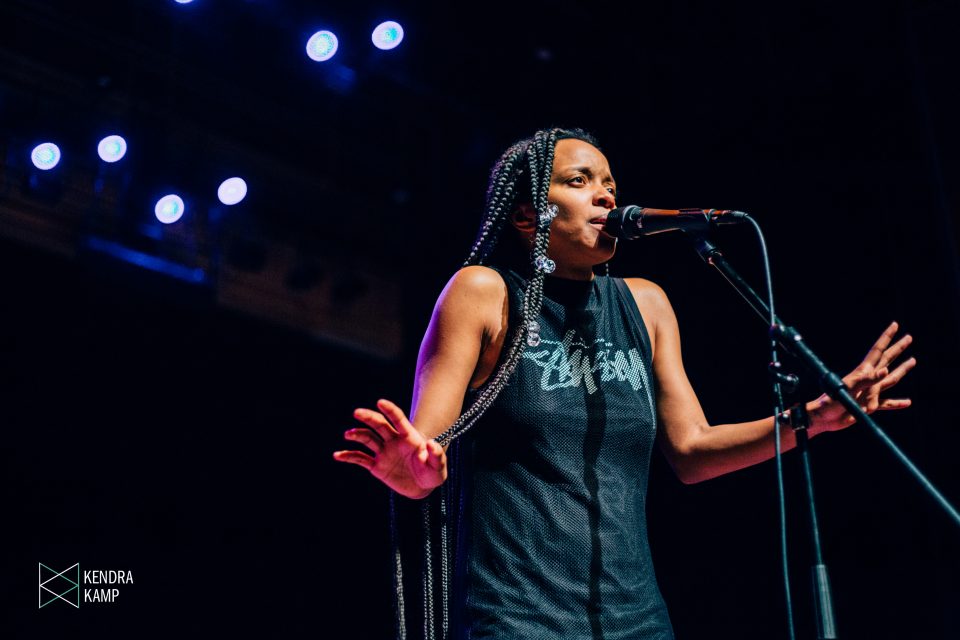 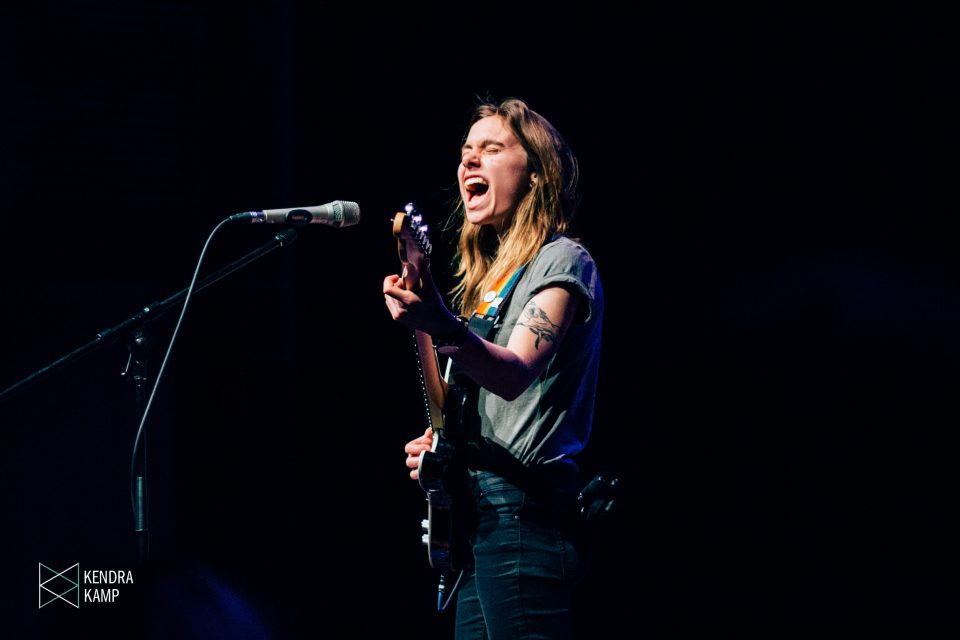 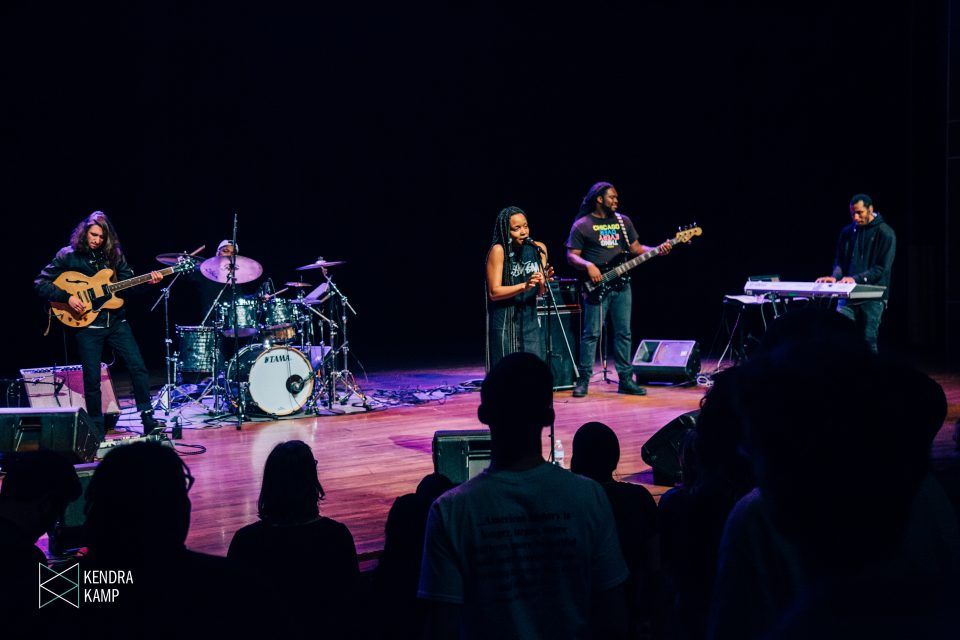 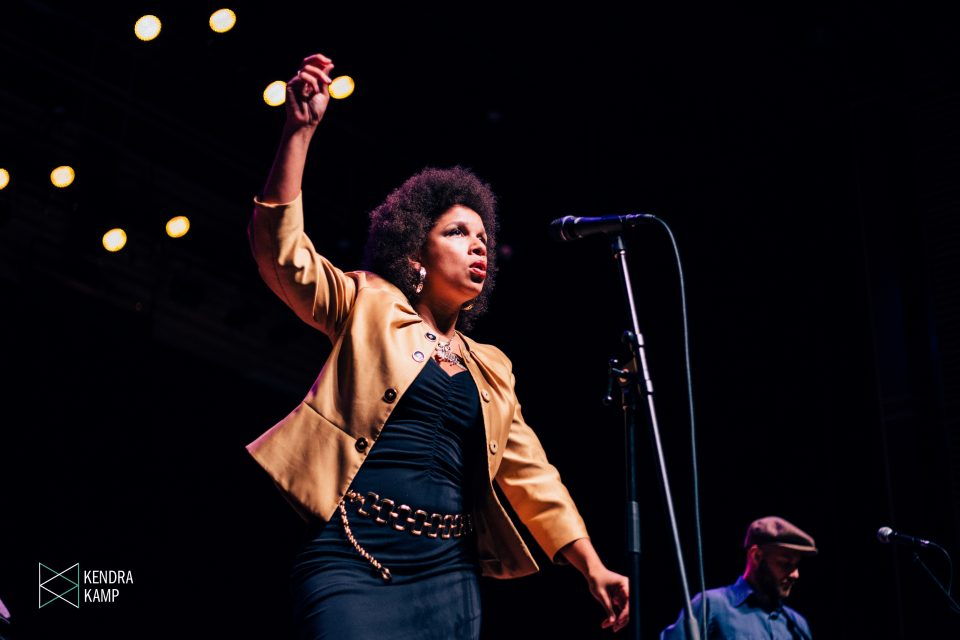 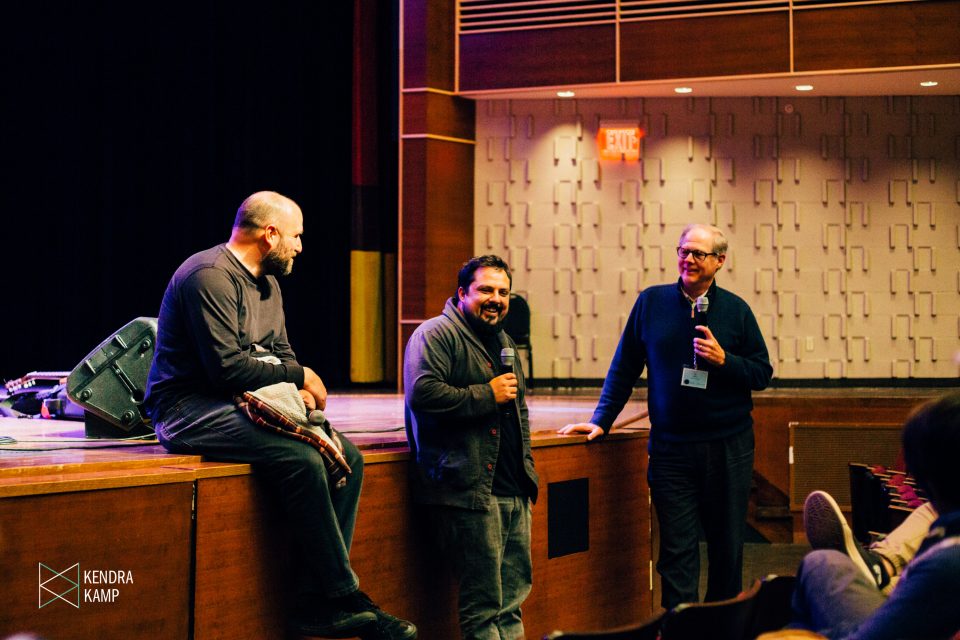 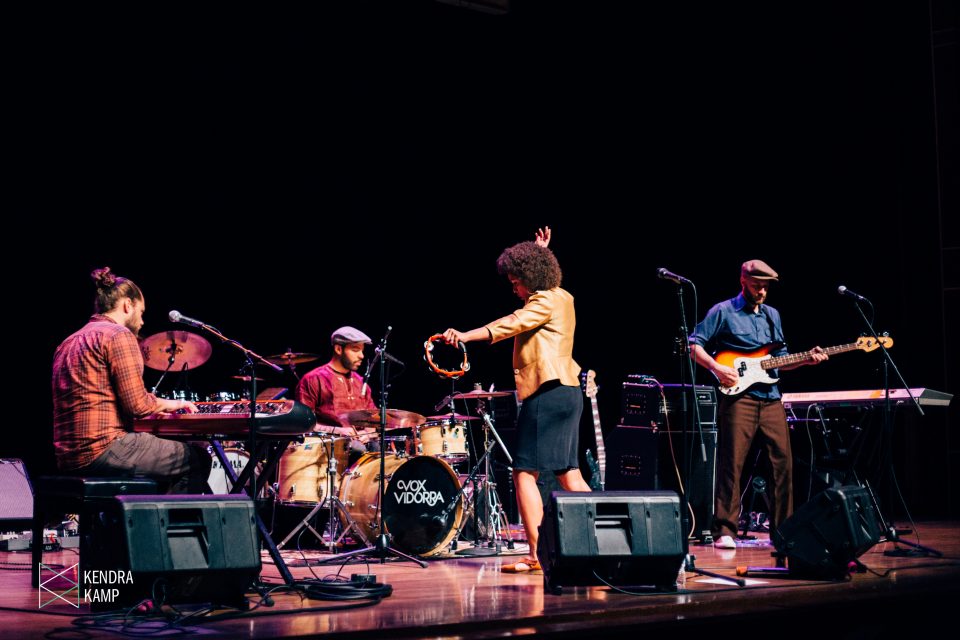 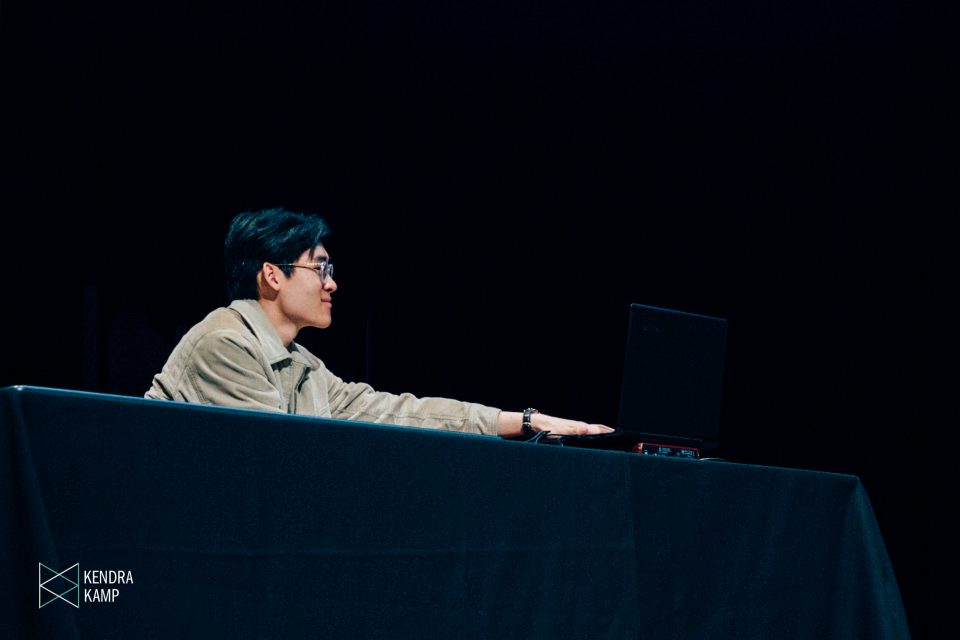 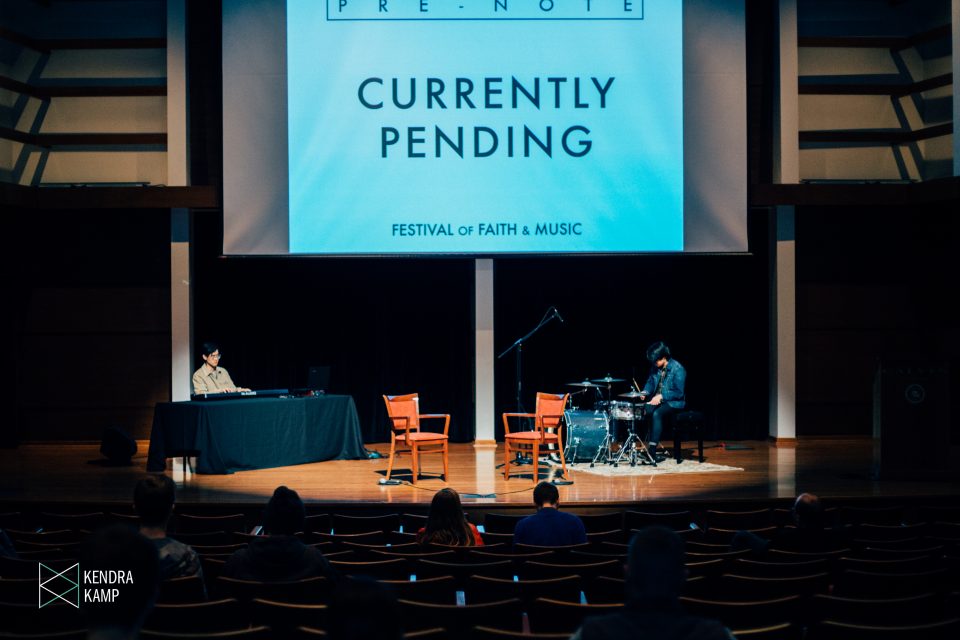 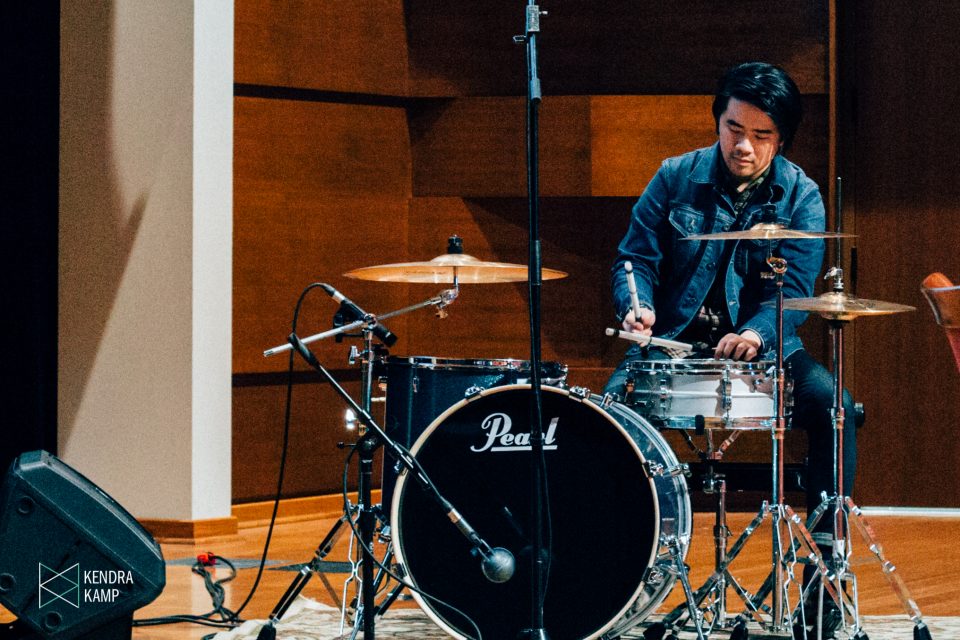 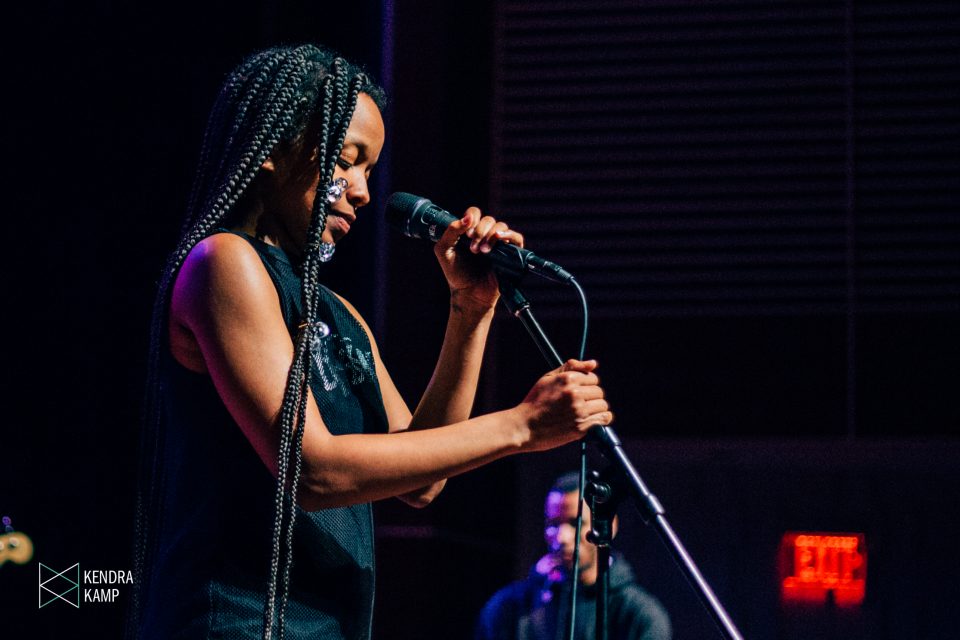 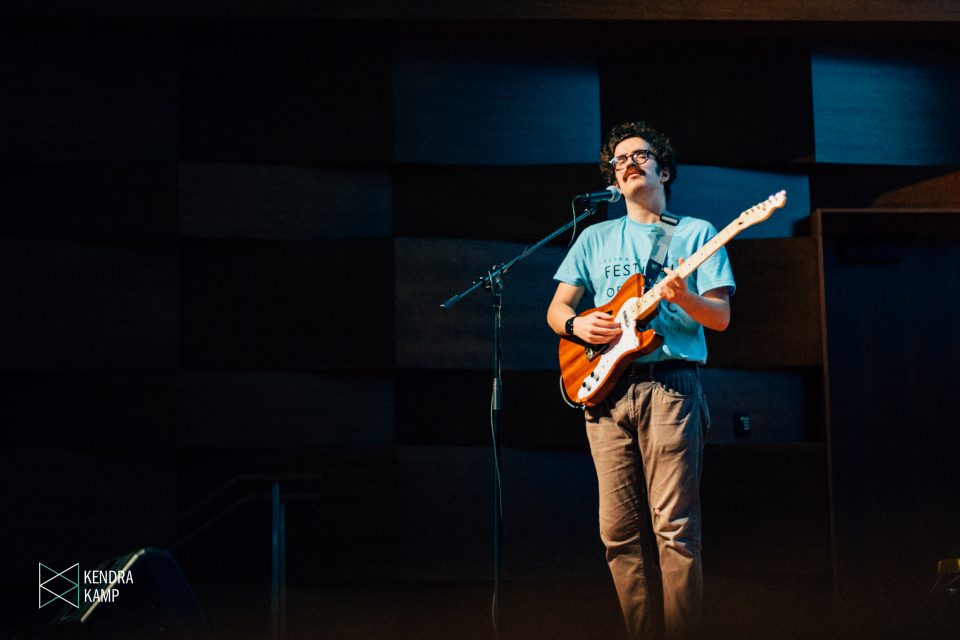 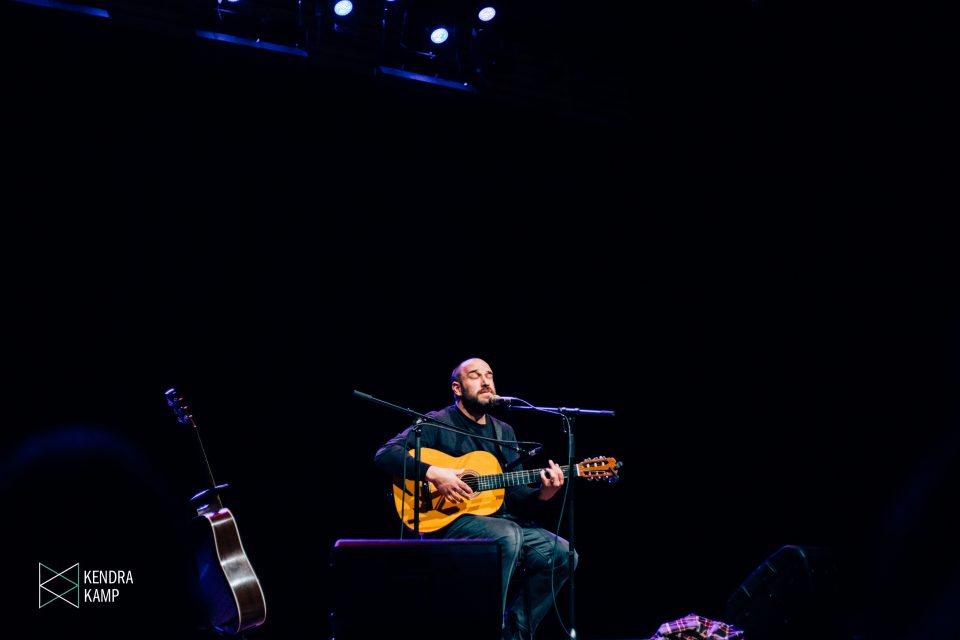 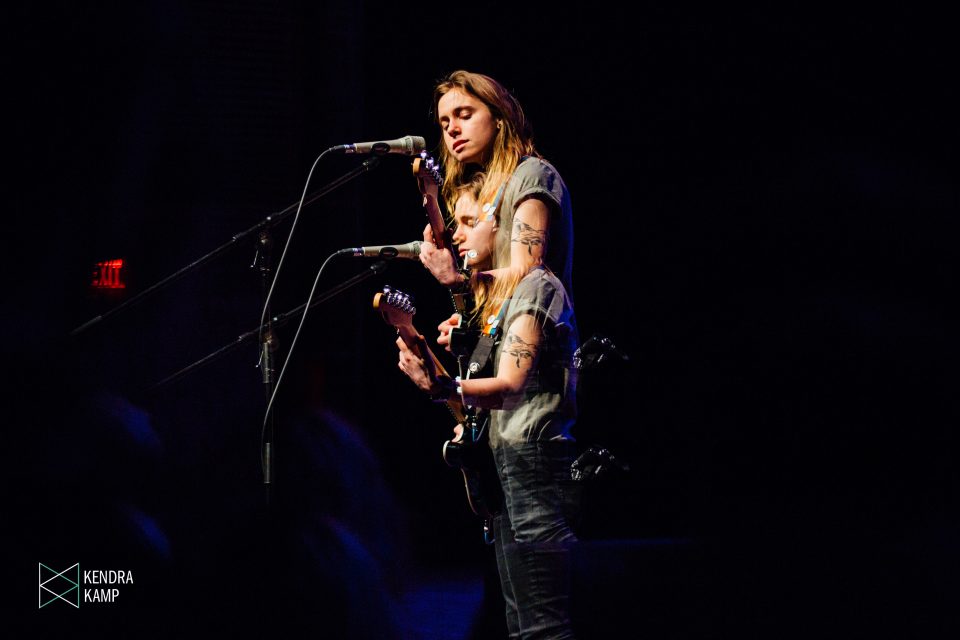 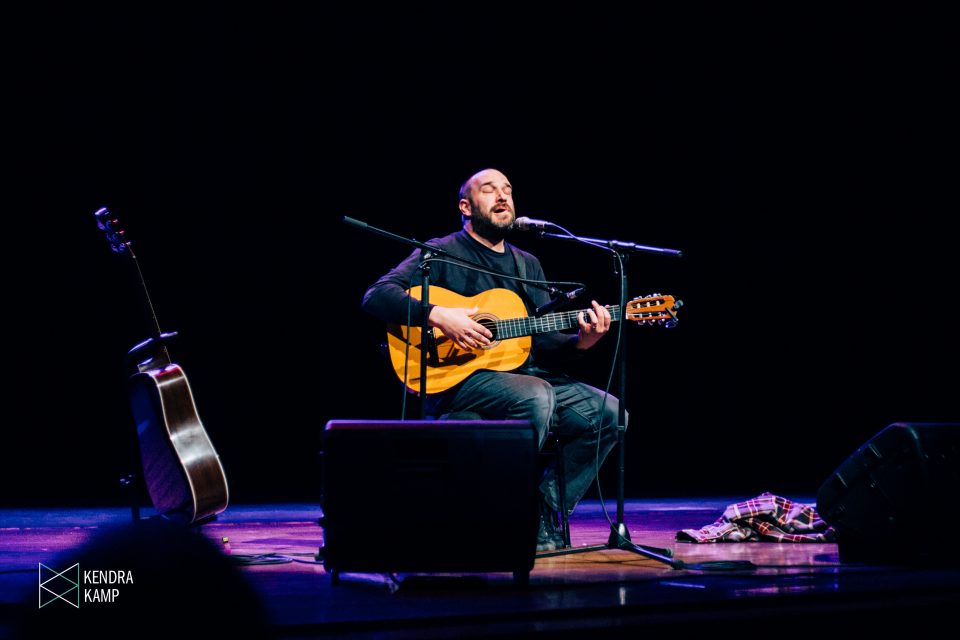 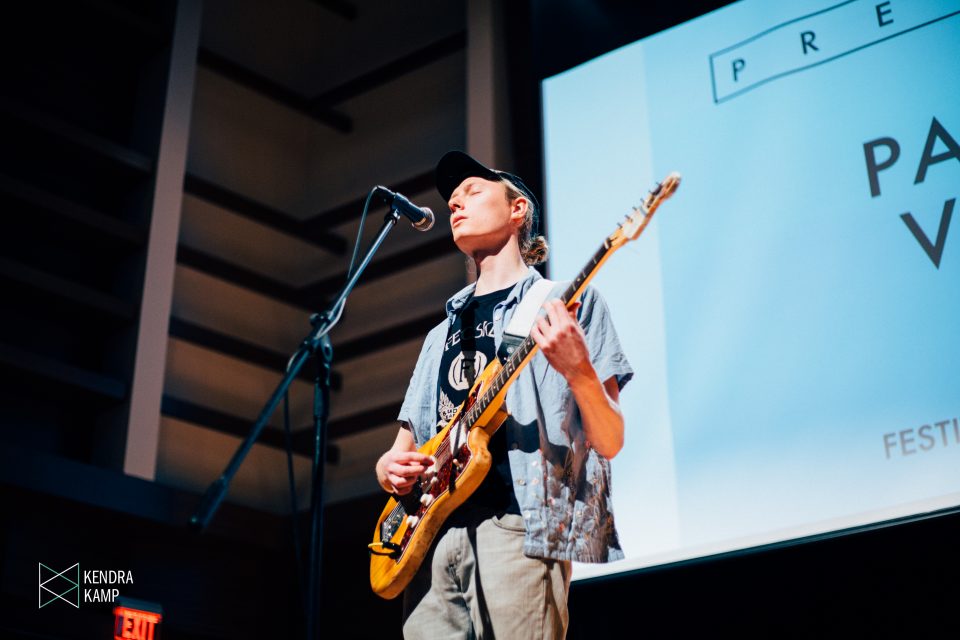 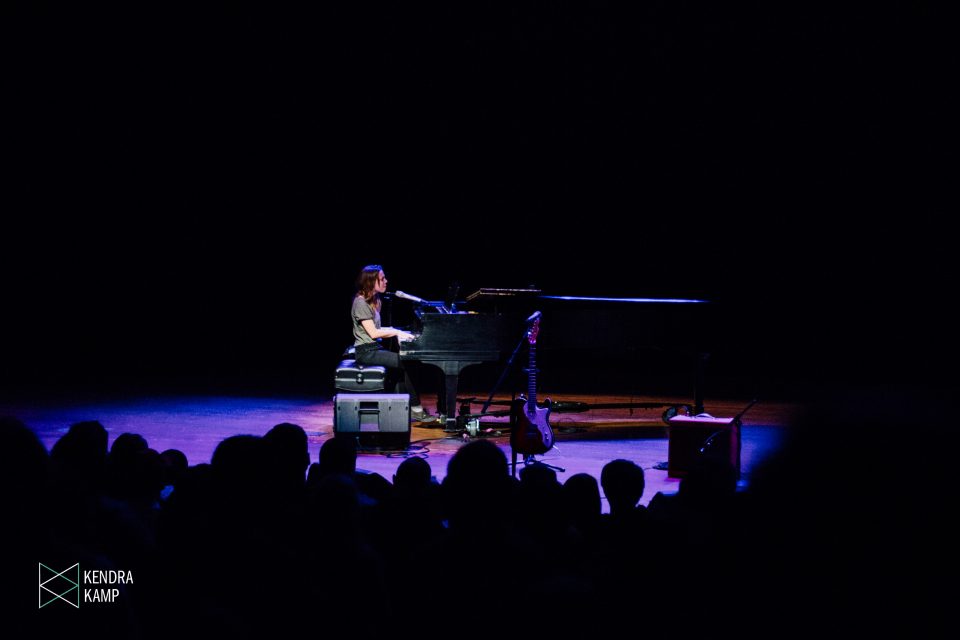 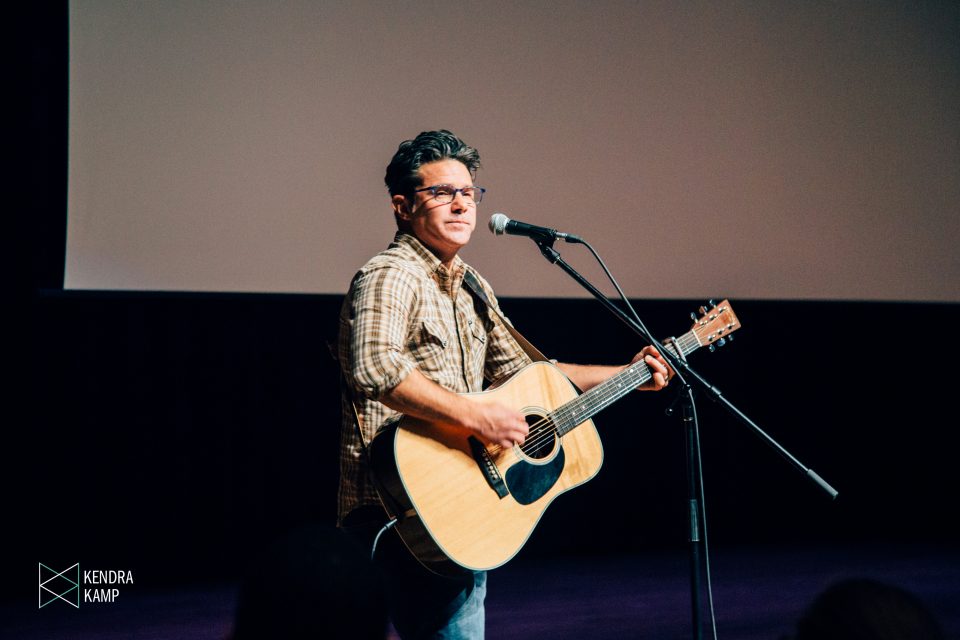 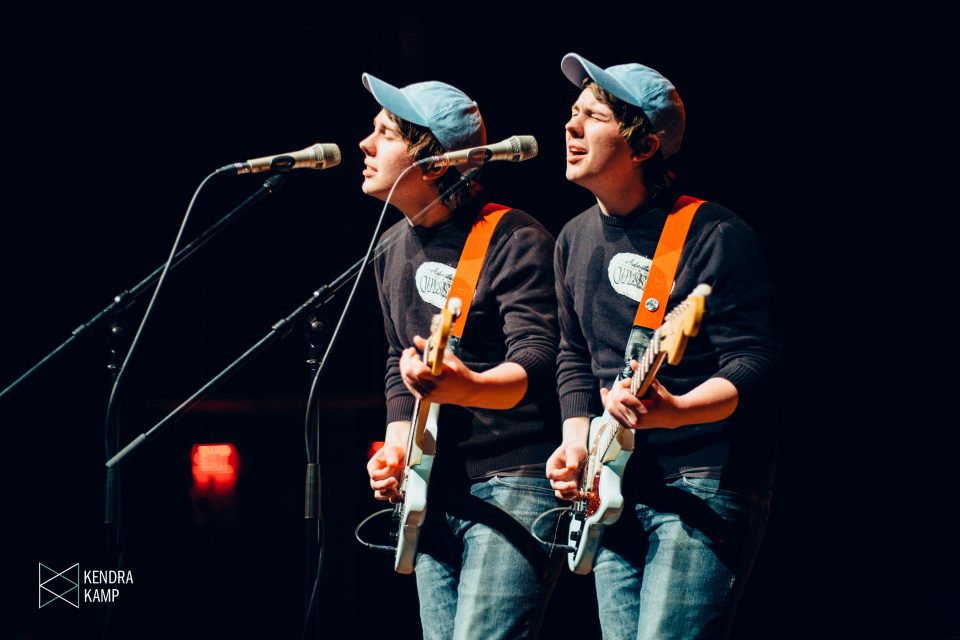 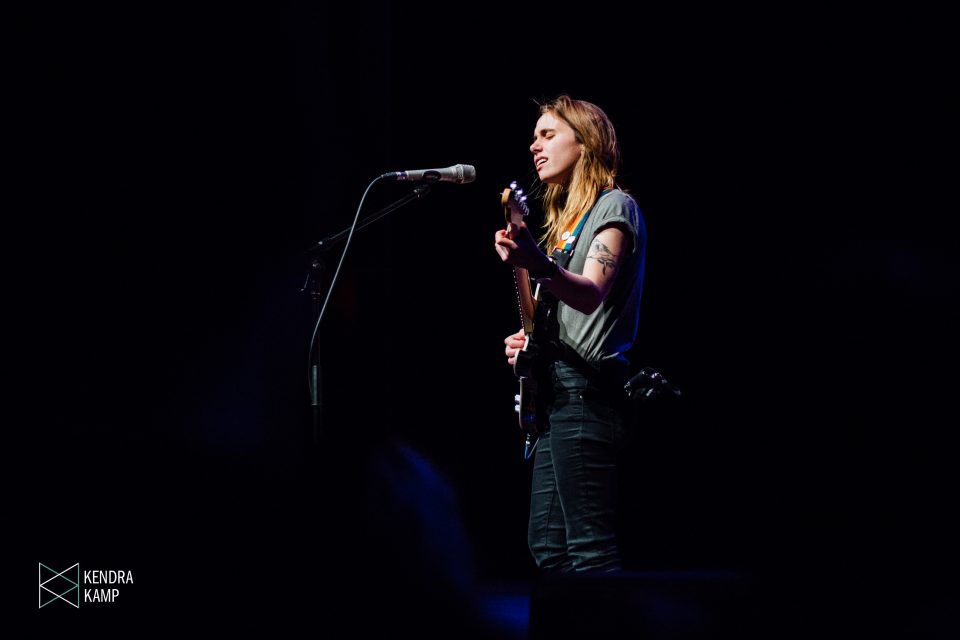 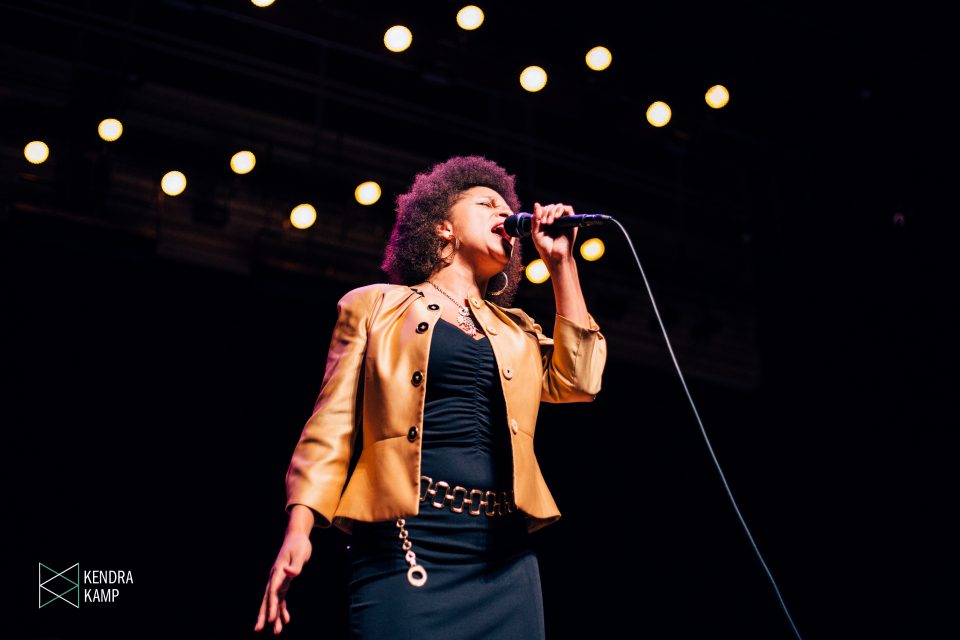 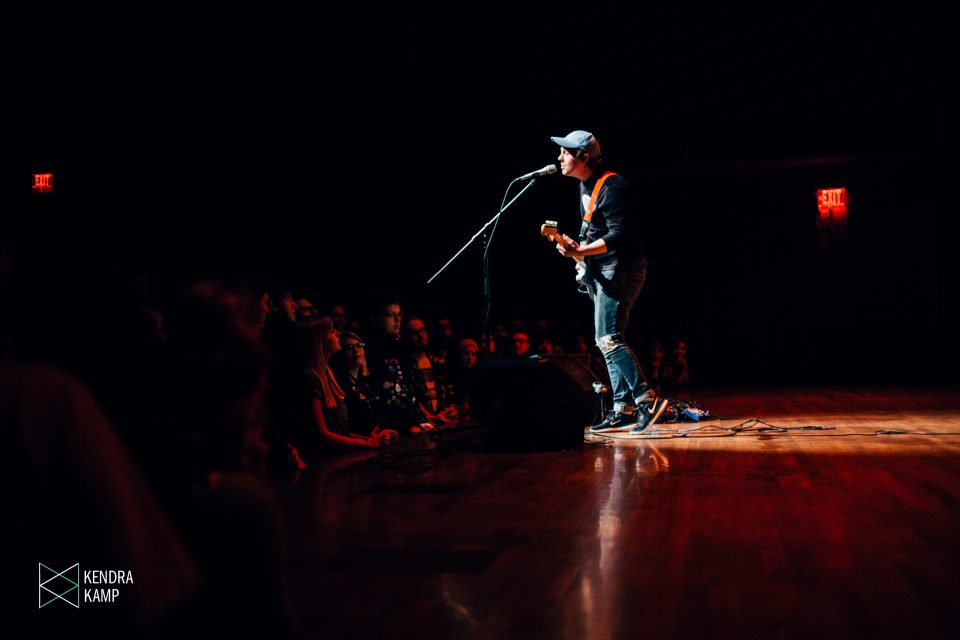 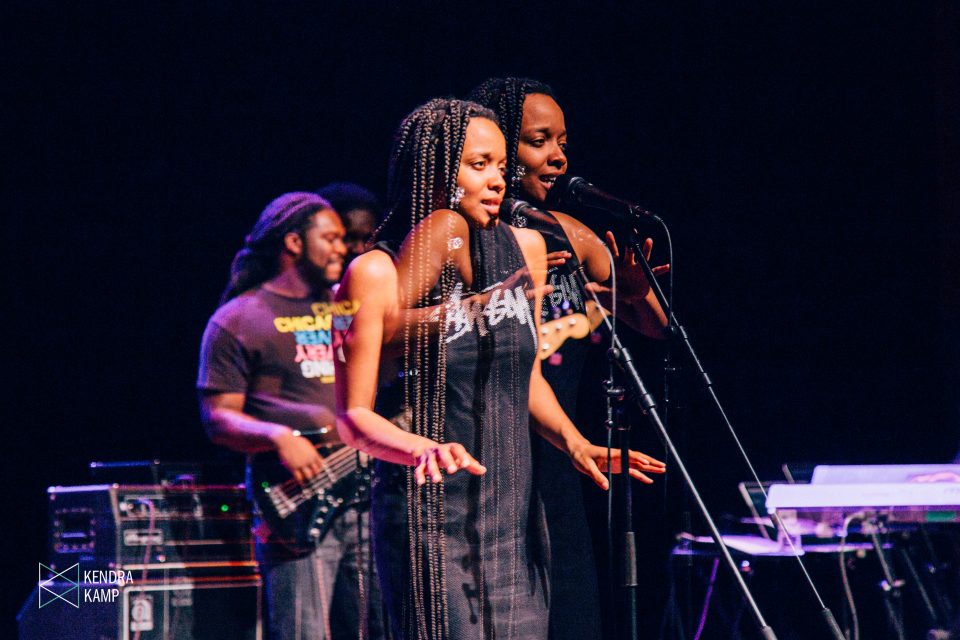