Setting up again on Memorial Day weekend south of Grand Haven, the festival and VW bus gathering opened with sets by Political Lizard and Nicholas Thomasma & The Bandwagon — and campsite jams. 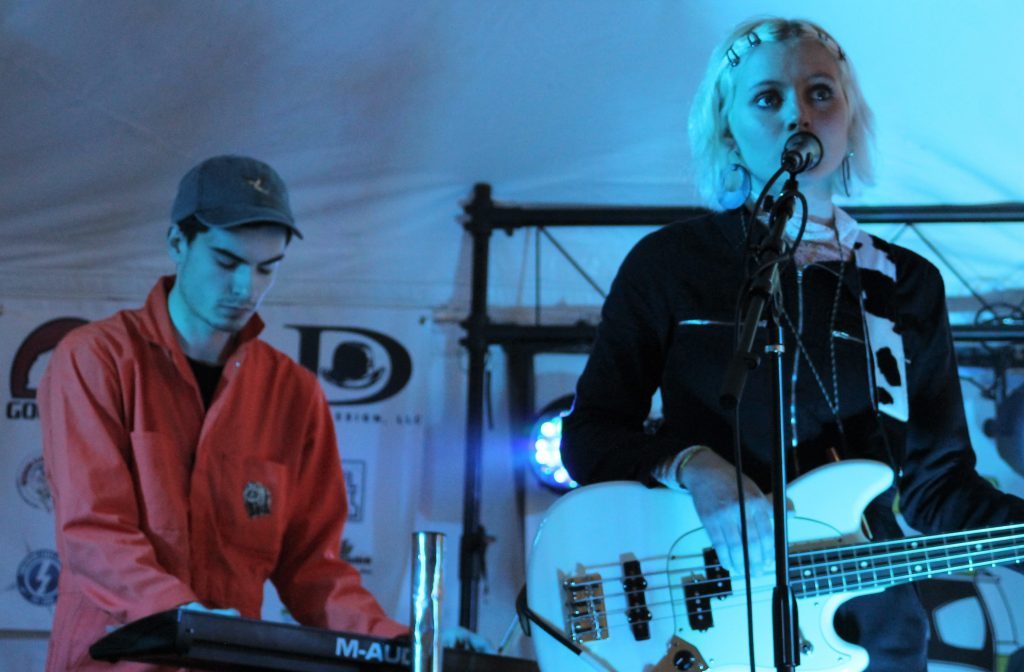 You’re not attending a music festival, you’re visiting family at the 2019 Bus Benefit at Camp Blodgett south of Grand Haven.

That was the vibe for attendees on the official opening day to this traditional Memorial Day weekend event hosted by the Buses by the Beach organization.

And luckily, after a dreary start with rain Thursday night into Friday afternoon, the rain held off for opening performances on Friday evening, making for a warm night and a nice kickoff to a full weekend of festivities.

“It’s hit or miss,” said Robyn Gordon of West Olive, who is camping with friends. 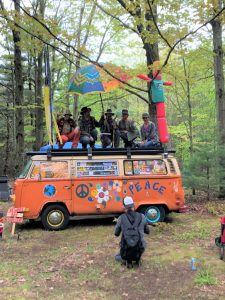 VW Bus Devotees: They’ve come from all over the country for the Bus Benefit. (Photo/Liv Conaty)

“But in spite of the weather, it’s been great, spirits haven’t been dampened. The rain just forces you to get creative with how you set up.”

Gordon noted the rain also “provides unexpected opportunities for fun and meeting new people with everyone huddling under tents for shelter and fellowship.”

That sentiment was echoed by Matthew Porter of Grand Rapids’ B-Side Growlers, who officially perform Saturday night but could be found jamming with friends on Friday.

“We’ve been having a good time, singing a lot of rain and sunshine songs and we think we drove the rain away,” Porter said of the B-Side Growlers, who led fellow campers in a rendition of Warren Zevon’s “Werewolves of London.”

Campers across the festival site could be found playing their instruments, cooking hot dogs on the grill and socializing by their Volkswagen buses.

Attendees have made the trek to the festival from all over the country. Some people are here for the first time, while others boast 17 straight years of attending under their belts, including Cary Rea from Grand Haven.

“You’ve got to check out the rock-climbing wall and disc golf,” said Rea, standing next to his festive van and rainbow-dyed dog. “There’s also a competition of who drove the longest to get here.”

‘MAGIC HAPPENS’ AT CAMPSITES AND ON STAGE

Plenty of festivalgoers were accompanied by canine pals, but Kallie Walker of Holland brought along a different sort of four-legged friend: a Vietnamese pot-bellied pig, Will.
Will, she said, is “super chill, super outgoing and loves food.”

Newcomers to the Bus Benefit were embraced by veterans such as Ollie Yutgen from Des Plaines, Ill., who made sure to greet people who looked a little out of place.

“The magic happens over here,” Yutgen said as he pointed toward a cluster of VW buses. “After the music at the main stage stops, people come back here and jam and hangout.” 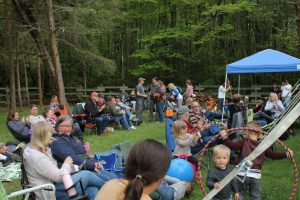 Enjoying a Break in the Rain: Festivalgoers on Friday night. (Photo/Molly Long)

Some fans danced, some sang along, some talked quietly with friends, all enjoying the ambiance. The band even premiered a new song under the working title “Jack and Jill,” while also mentioning a new music video in the works.

Veteran festival performers Nicholas James & the Bandwagon followed, playing to a full crowd and a plethora of dancers and merry-makers, many of them outside the performance tent, soaking up the last of the day’s sunshine.

The Americana-hued six-piece band rolled out a nearly two-hour set of material, including “Eighteen” from the group’s 2016 album, “Tall Tall Tales.”

The night ended on a powerful note, with a bagpipe-led memorial procession for friends of the Bus Benefit — Kirt Weakman and Jim Weiderman — who recently passed away. Political Lizard, Nicholas James & the Bandwagon and Roosevelt Diggs reentered the tent to lead the audience in an acoustic rendition of “Will The Circle Be Unbroken?” that left not a dry eye in the house.

Get more information about the Bus Benefit, which raises funds for the Phoenix Society for Burn Survivors, and the rest of the weekend schedule in this Local Spins spotlight. 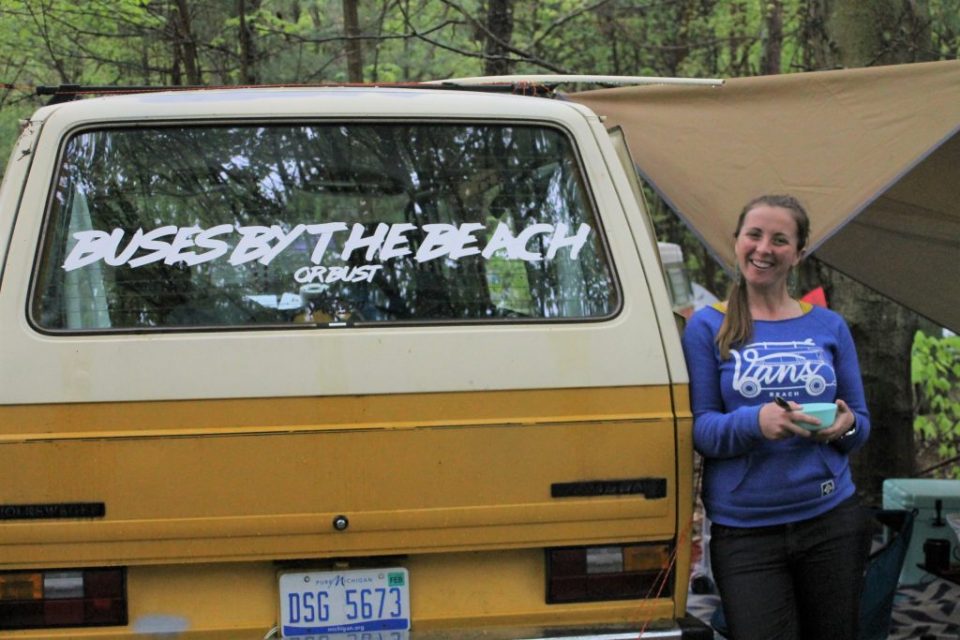 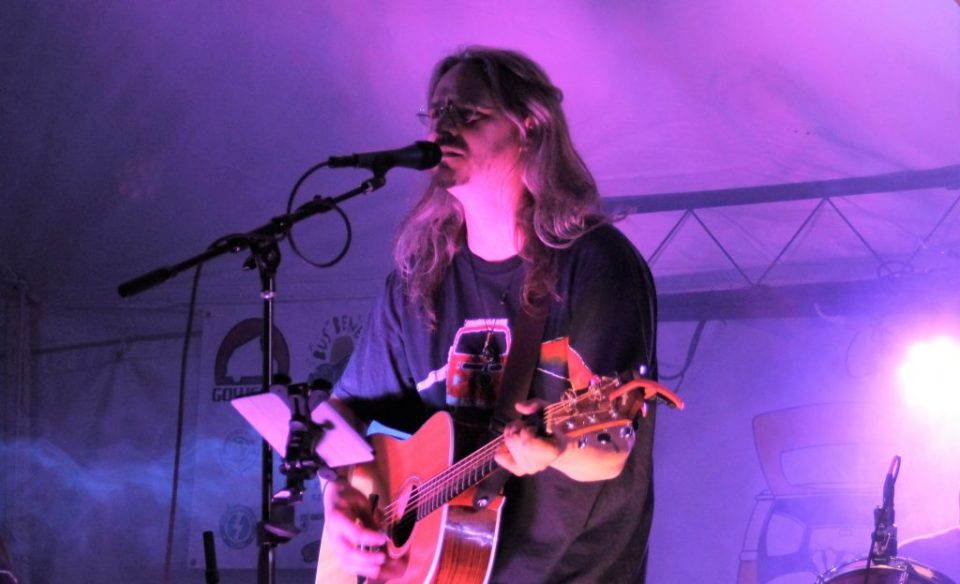 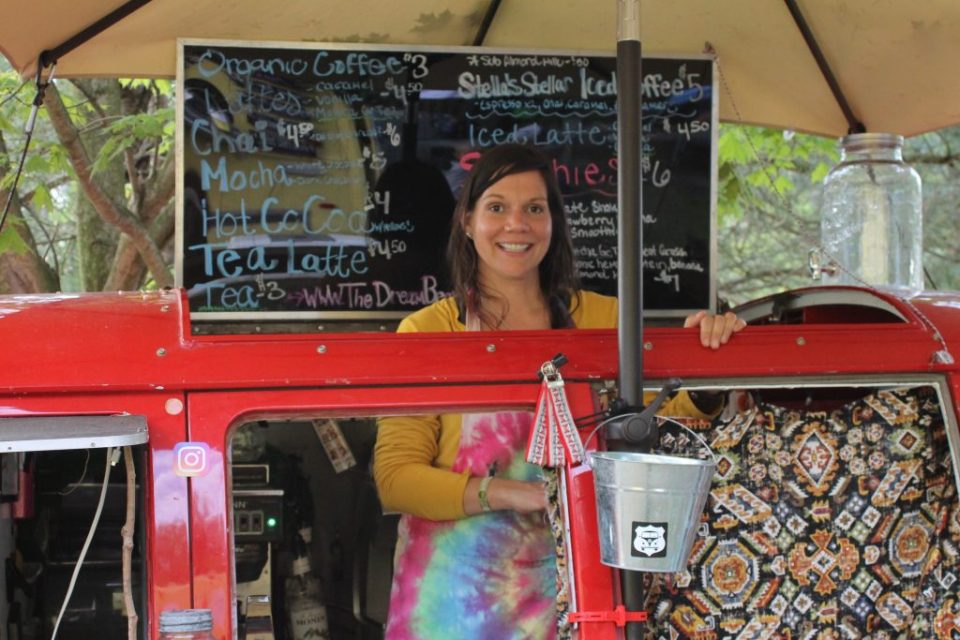 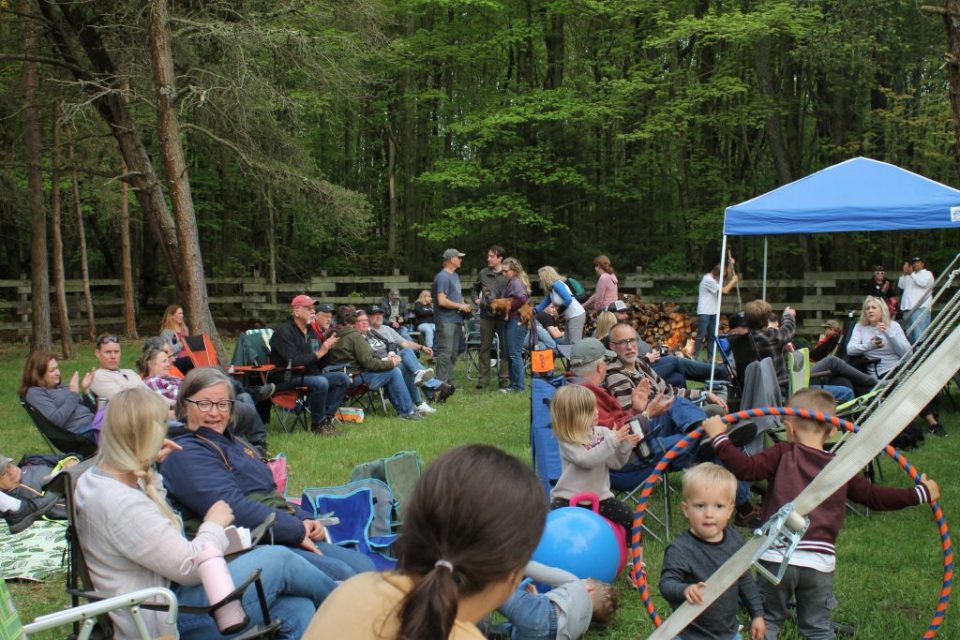 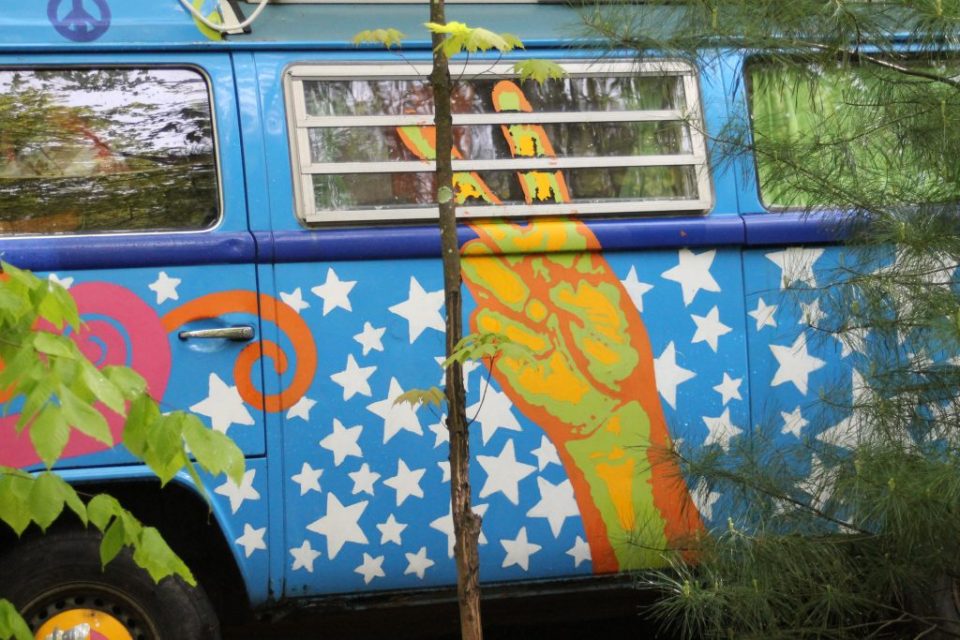 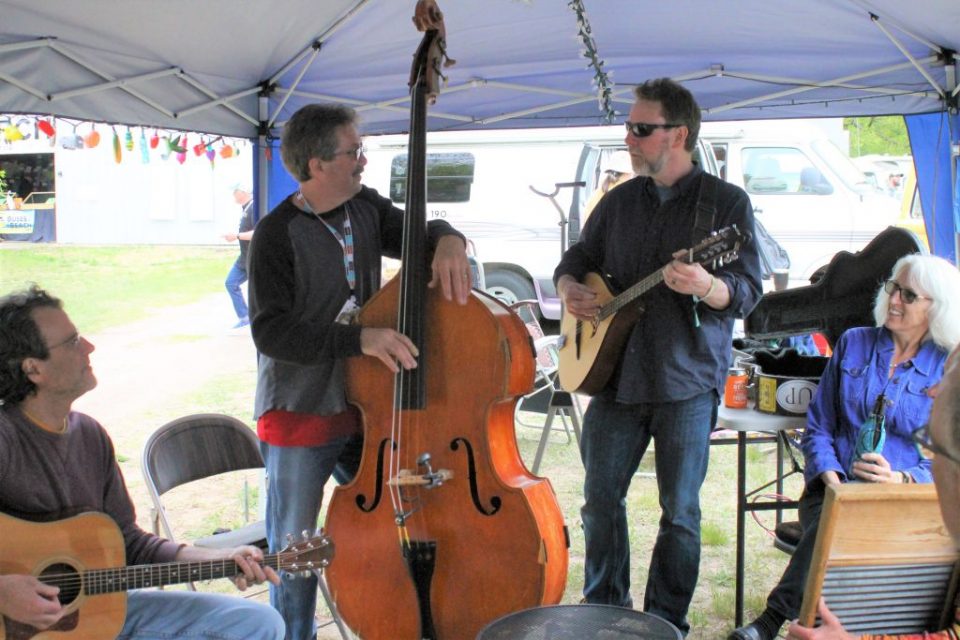 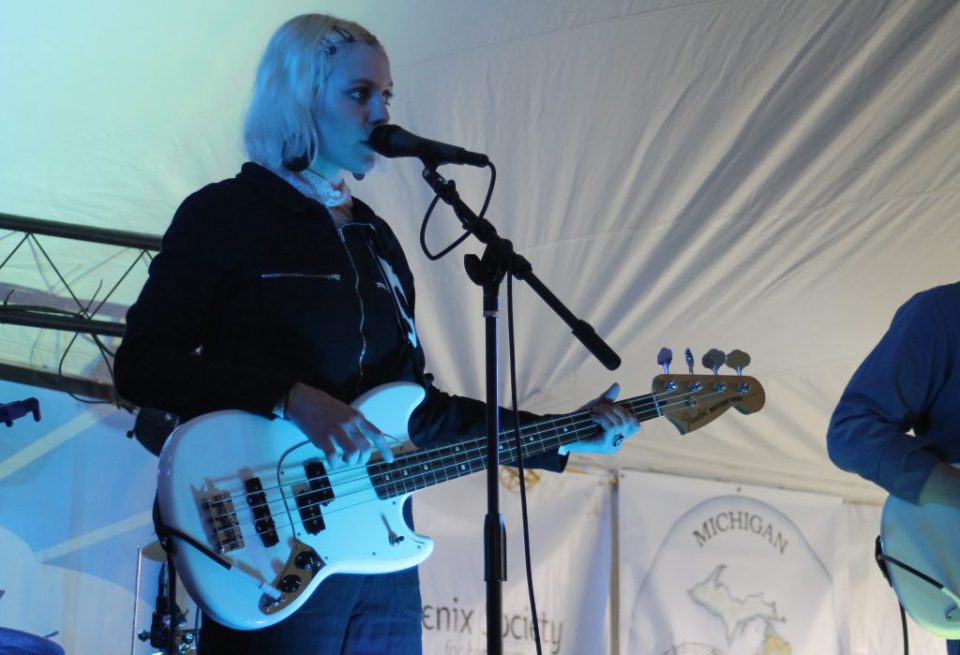 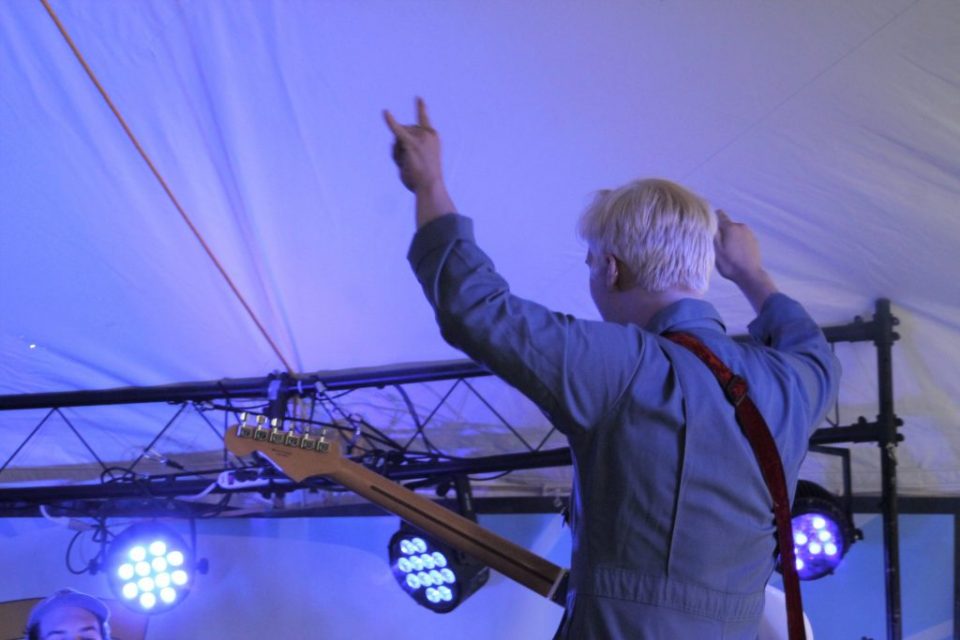 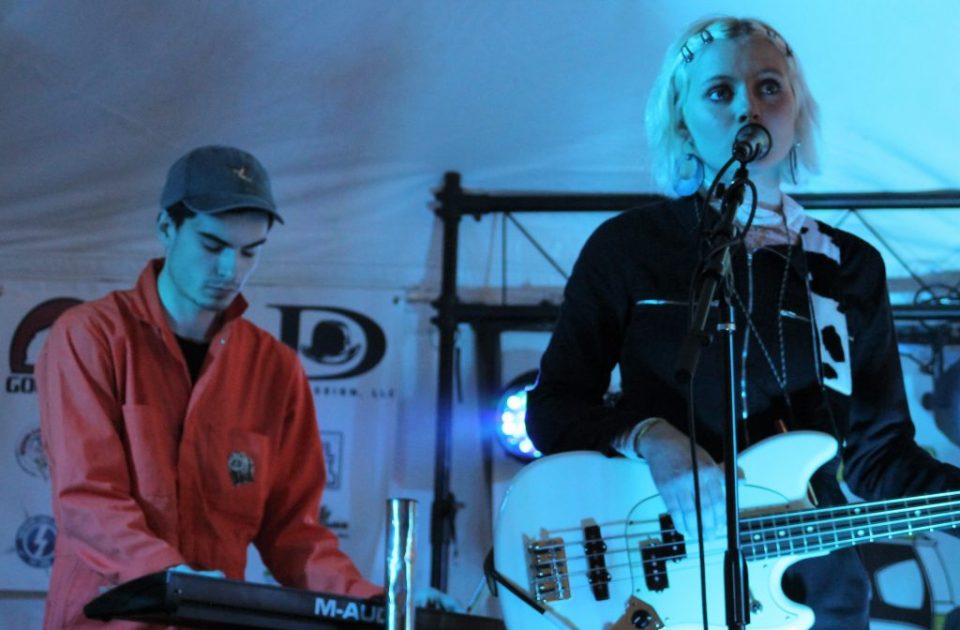 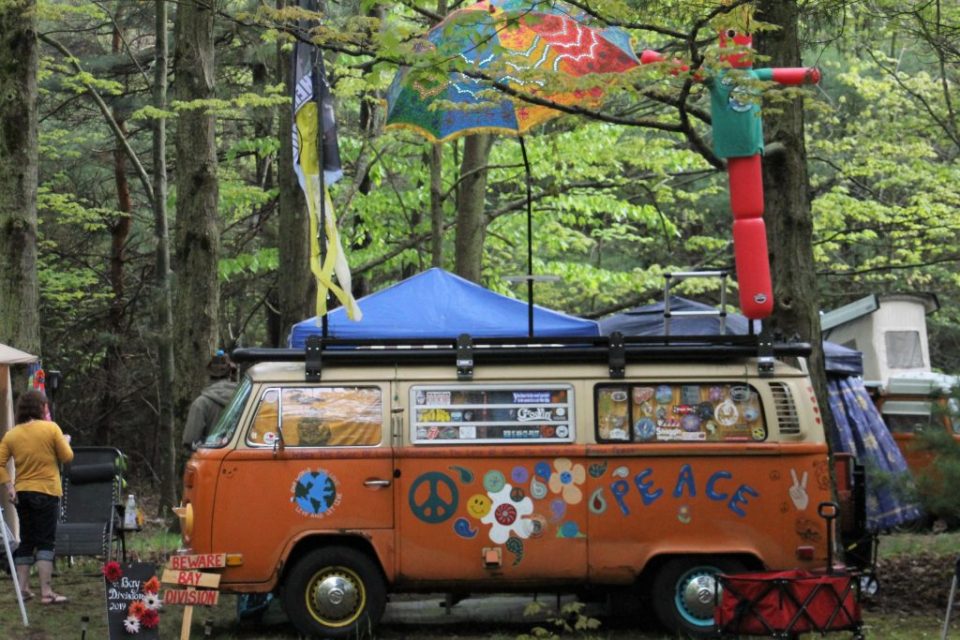 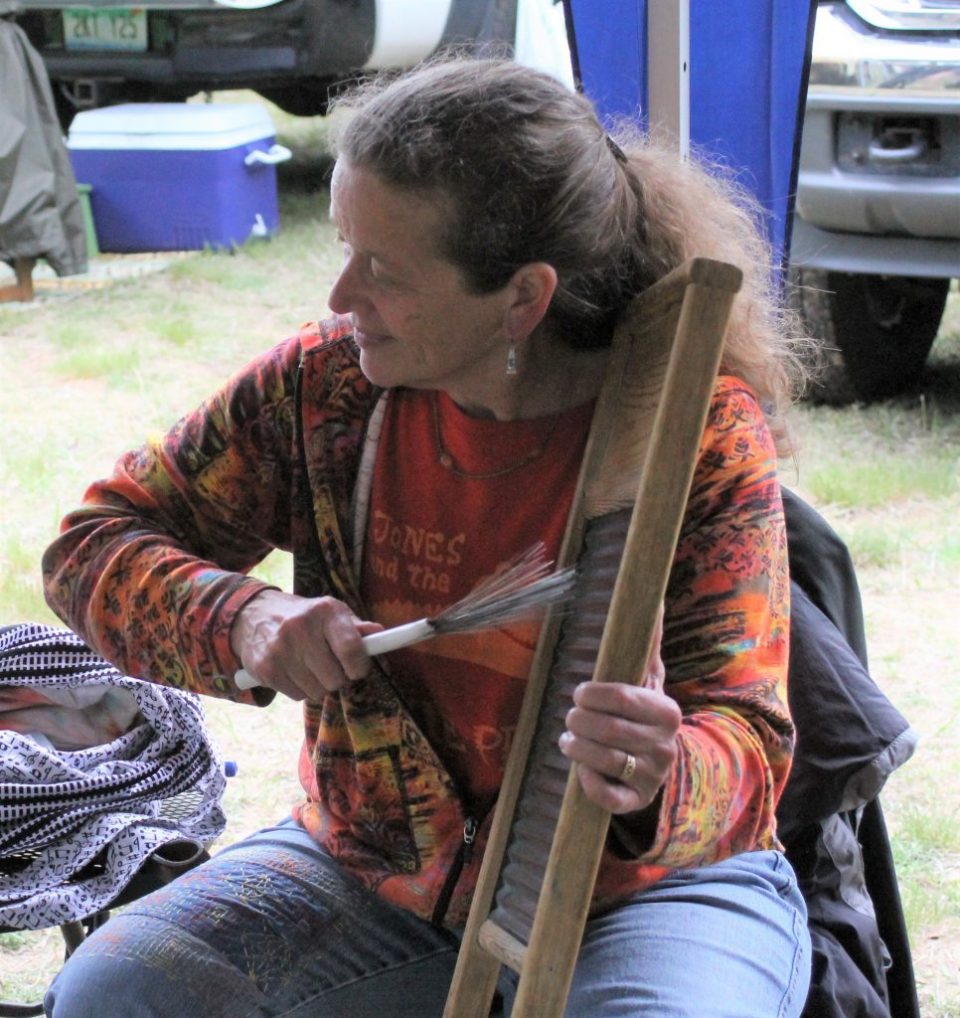 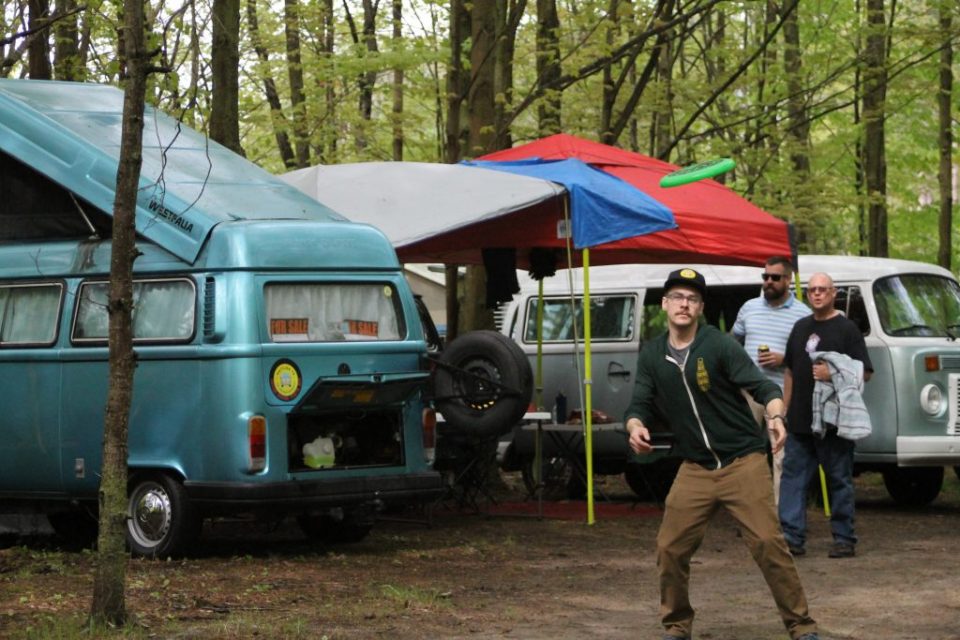