Tonight’s four-band show at The Pyramid Scheme will also be a CD-release party for indie-rock’s JOE, led by frontman and event organizer Joe Rodriguez. 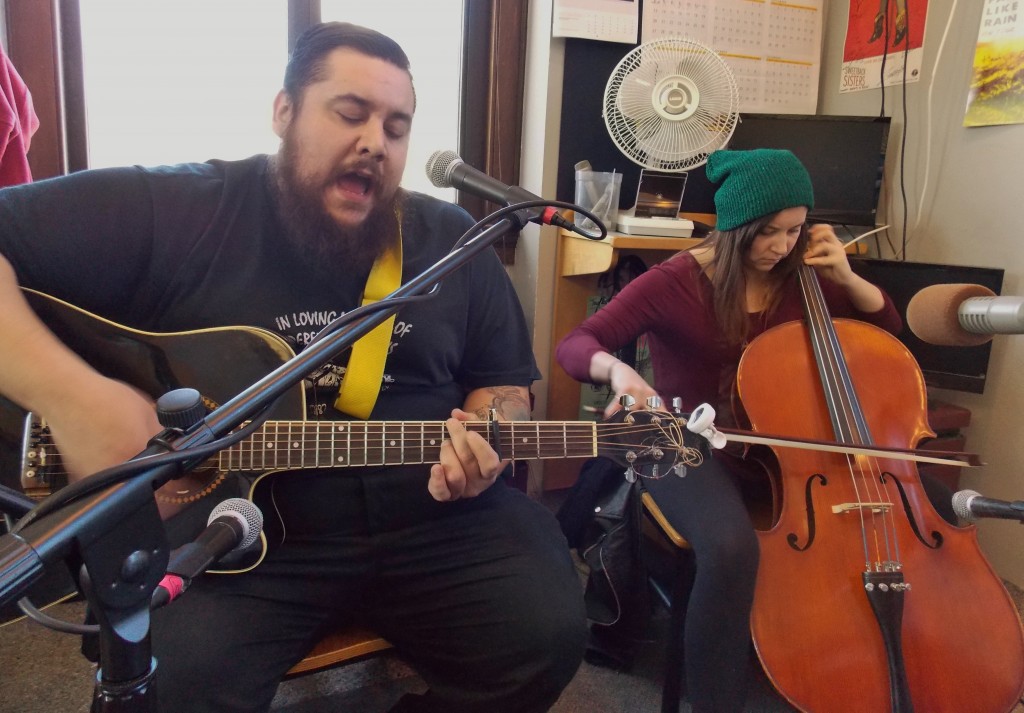 Singer-songwriter Joe Rodriguez considers himself “just a simple local musician who really just wants to give back to local art.”

So when it came to releasing his debut CD as frontman for the indie-folk/alt-rock band JOE – a monumental event for most artists – he refused to keep the spotlight on himself, but rather found a way to support an organization near and dear to his heart: the Division Avenue Arts Collective. 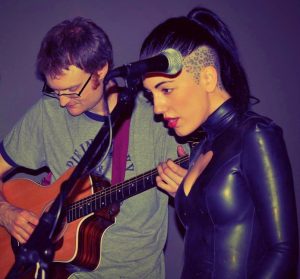 “I felt that the DAAC is something this city needs,” Rodriguez said of the collective which was forced from its S. Division Avenue quarters by its landlord about 1-1/2 years ago and is still seeking a new home for programs that support visual and musical artists. “And if I can help, then I’m gonna give my all and try to help.

“We all feel the DAAC is an important part of Grand Rapids and its music and art scene. Every artist or musician I’ve come across has so many fond memories about the DAAC, whether it was an amazing show they played or a band they saw or somewhere they were able to display their art. The city needs a place where musicians and artists of all ages can express themselves.”

Hence, Saturday night’s “Bring Back the DAAC” benefit at The Pyramid Scheme in Grand Rapids is more than just another weekend rock show featuring local bands. It’s a bold reminder of the DAAC’s longstanding role in Grand Rapids’ emerging art scene and a call to action to raise money for another location to keep that mission alive. 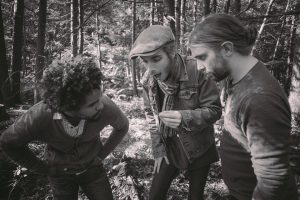 The show starts at 8:30 p.m. Saturday (tonight), with Brother Adams, Dead Eye Zack and Emma Loo & Sam joining JOE on the bill. Tickets for the 21-and-older show are $8. Details online at pyramidschemebar.com. Doors open at 8 p.m.

All of the bands are donating their time to the cause, with Honest to Goodness Tattoo and Piercing and owner Kaelyn Currow helping sponsor the event. Gift certificate giveaways and an art raffle will also take place, and Rodriguez said he’ll donate 100 percent of his album and merchandise sales on Saturday to the DAAC.

John Hanson, a member of the DAAC board and a singer-songwriter in his own right, said the collective is still seeking an ideal building for DAAC’s new headquarters and “taking time to make the right decision” about its future. The collective has continued to raise money for that move and Hanson said he’s thrilled that musicians like Rodriguez have joined forces to aid the cause.

As for Rodriguez, The Pyramid Scheme show also represents the end of a year-long journey in creating the music for JOE’s self-titled album: Last January, he started the project with the goal “of writing a song a month,” culminating in the recording of the CD with Rick Johnson at Cold War Studios (with part of it also recorded at Justin VanHaven’s studio). 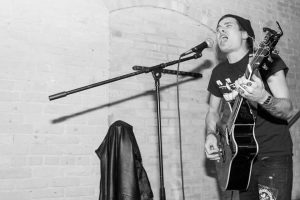 He also credits local musician and “living legend” Sam Kenny for inspiring and influencing him. Kenny hosts open-mic nights (including Wednesday sessions at The Tip Top Deluxe Bar & Grill) that Rodriguez has used to introduce new songs to audiences.

Kenny — who’s also part of Emma Loo & Sam — will play cornet, violin and sing backing vocals in JOE for the CD-release show, with Kayla Bolan on cello and Joleen Rumsey on keyboard.

Rodriguez concedes his indie-rock songs – tunes about “changes and loss” – have an intense, emotional milieu.

“When I started this project, I just got out of an 11-year relationship and left my band of many years,” said Rodriguez, a fixture at The Pyramid Scheme where handles the door for concerts in the main showroom. “These songs sum up all the many changes, good and bad, I’ve gone through musically and in general life. I’m really proud of this album.”

He’s also proud of the support he’s gotten for the Bring Back the DAAC benefit. “Personally, I feel a lot of people from the area want the DAAC back,” he said, “and (tonight) we’re gonna have a full room of people helping make that happen.” 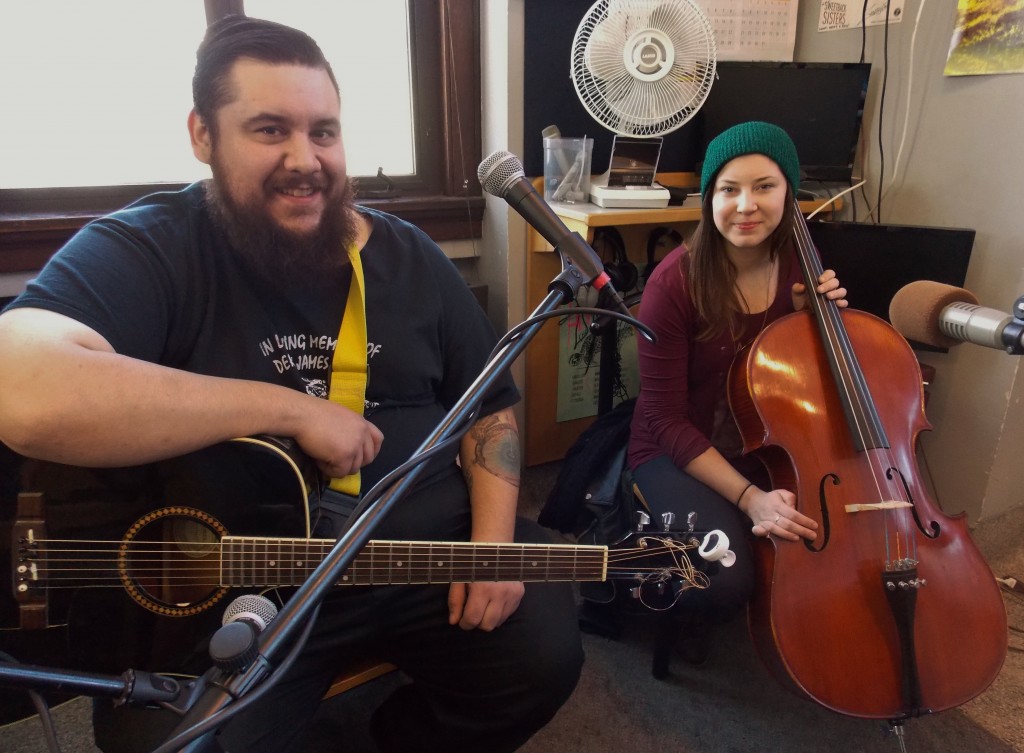 Songs About ‘Changes and Loss’: Rodriguez with Bolan. (Photo/Local Spins)