The two-day festival kicking off Friday at Grand Rapids’ Belknap Park has a bevy of must-see acts says Local Spins columnist Todd Ernst. Read his preview, check out the schedule at Local Spins. 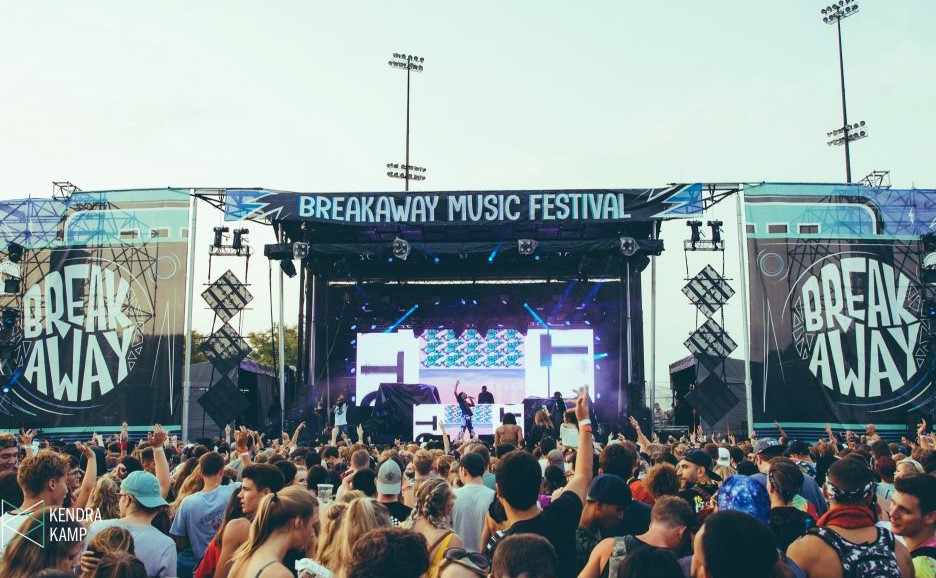 Back at Belknap: The third edition of Breakaway turns it up starting Friday. (Photo/Kendra Petersen-Kamp)[/caption]

SCROLL DOWN FOR BREAKAWAY FESTIVAL PLAYLIST

In my previous two installments leading up to Grand Rapids’ Breakaway Music Festival, I dove deep into the experience of activating an under-utilized asset in Belknap Park, and how impressed I was with the efforts of the respective promotion teams bringing forth such an extraordinary event.

I was sitting at the top of the hill by myself watching Odesza and honestly thought, “The only thing missing is a top-notch house music artist.” 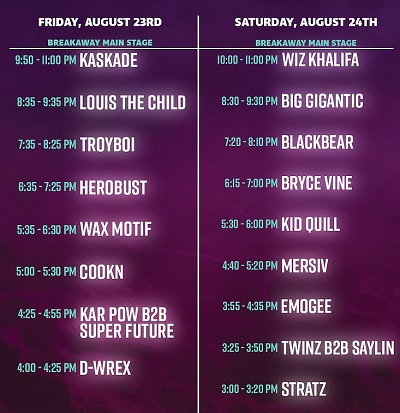 The problem is that house music has historically been tricky to book in Grand Rapids.

That said, imagine my reaction when I saw that the Breakaway team booked one of house music’s most popular acts to headline the Friday night lineup for the 2019 festival: Kaskade.

Originally from Chicago, Kaskade moved to California in the early 2000s where he had the good fortune of landing an A&R gig at Om Records right as San Francisco was emerging as an epicenter for all things deep house.

The next handful of years saw Kaskade release several singles that hit the Top 10 on Billboard Magazine’s Hot Dance Club charts, which led to him signing with U.S. mega-label Ultra Records.

If you didn’t know who Kaskade was by this time, you certainly did in 2009-2010 as his collaborative single with Deadmau5 called, “I Remember,” was literally everywhere. The track was so ubiquitous it was equally played among teenagers and their 40-something yoga moms, so something tells me we will see many of the ‘old heads’ out on Friday night.

Before Kaskade’s 9:50 p.m. set on Friday, Chicago’s Louis the Child will take the stage at 8:35 p.m. When this Future House duo stormed the scene in 2015 with the single, “It’s Strange,” it didn’t take long before they were on a non-stop tour of major festivals like Lollapalooza, Ultra and Electric Forest, right here in our own backyard.

And one of Friday’s openers is one of the hardest working DJs in West Michigan: D-Wrex, so get there early if you can to support one of our own.

Saturday night is what has really become Breakaway’s sweet spot with cross-over chart-topping artists like Wiz Khalifa and Big Gigantic, which means I’m expecting to see a sold-out crowd with this stacked lineup. 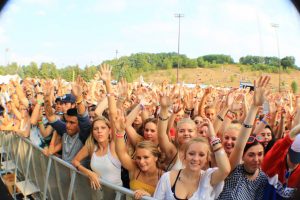 There are also after-parties both nights at The Intersection, with Wax Motif performing at 11:30 p.m. Friday at Elevation inside the nightclub, and Mersiv pumping things up at 11:30 p.m. Saturday in the main showroom. Tickets are $15 advance or $20 day of show (or $15 with a Breakaway wristband).

I can’t stress enough that Belknap Park and the surrounding area is not equipped for a lot of a automobile traffic. If you try to make your way in with your vehicle you’re only going to upset the neighbors and find out there is indeed no parking to speak of.

The best suggestion is to park a few blocks west in the Monroe North area. It’s a short and safe walk to Belknap Park.

Lastly, make sure to pay attention to Breakaway’s Facebook and Twitter pages for real time updates for Lyft/Uber pick-up and drop-off areas.

And please be a good steward of your city as we aren’t afforded opportunities like this very often in Grand Rapids.

Small gestures like picking up trash, helping strangers find their way, and thanking people like the Grand Rapids Police Department and Grand Rapids Fire Department for their respective efforts goes a long way in establishing the long term viability of something like Breakaway.

ABOUT THE AUTHOR: Todd Ernst has been an electronic music DJ and promoter for 30 years. His personal company EXSIGN is a creative and consulting team that designs and manages corporate, non-profit and nightlife events. He’s also one of the founding team members of TEDxGrandRapids.