Fans voted Bass and her band onto next week’s star-studded cruise, with more national bookings and a new EP on the horizon. Explore the story, photo galleries and videos. 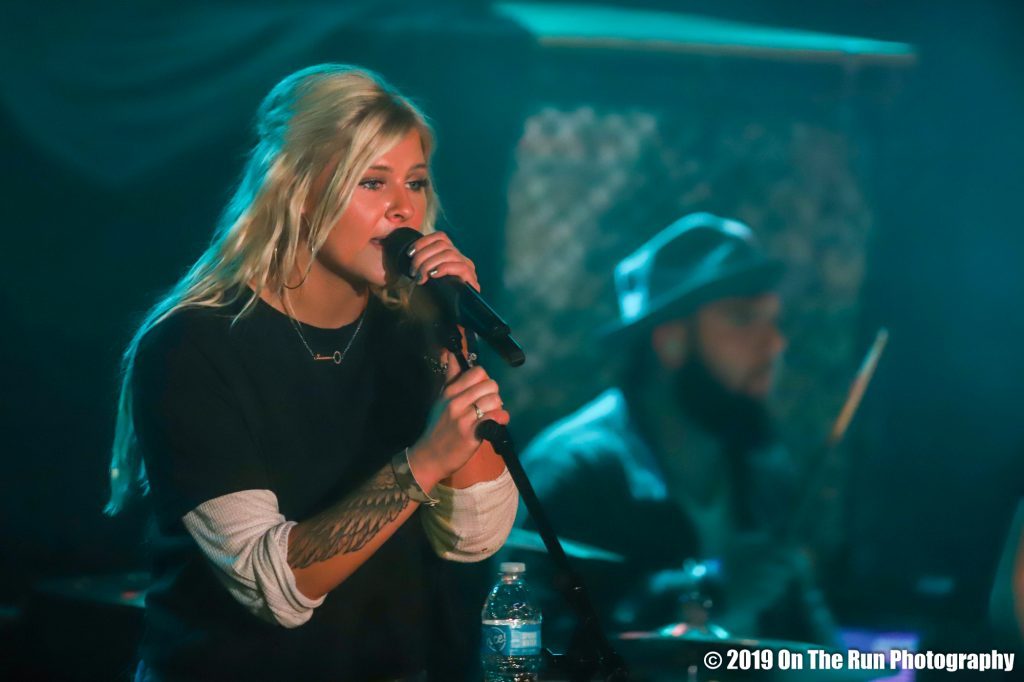 Sadie Bass was so inspired as a singer and songwriter, she gave up a softball scholarship and dropped out of college “to tackle this career head-on.”

Now, it seems the fast-rising, Lansing-area country singer’s decision has paid off: Bass and her band won a fan-based contest to play superstar Brantley Gilbert’s “Kick It in the Ship Cruise” that sets sail from Miami on Monday (Nov. 4). 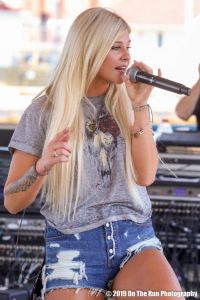 Bass will play a pre-party in Miami with country singer Tyler Booth on Sunday, then perform twice with her band during the five-day cruise to Cozumel.

“I can’t even begin to explain how excited my band and I were when we found out we won,” said Bass, 23, who has turned heads over the past two years with high-energy festival performances and opening sets for national touring artists, including last week’s Jon Langston show at The Intersection. “Still seems surreal.”

Raised in Bath, Mich., northeast of Lansing, Bass said she’s wanted to be a singer since she was “a little girl” but couldn’t shake her stage fright until after high school.

“About a year into college when I was playing softball, I started writing my own stuff, and posting clips online with just me and my guitar. … I got some good feedback and felt like God was tugging on my heart about it,” she said.

“I didn’t know what I was doing at first. So I did lots and lots of research, got some advice and took plenty of trips to Nashville to figure out what the industry was all about. And once I got going, things really took off.”

SPREADING LIKE ‘WILDFIRE’: A BAND OF FRIENDS WITH GOOD CHEMISTRY 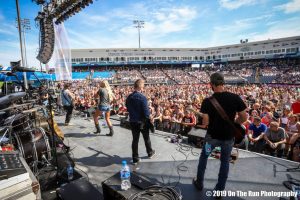 “Things really skyrocketed for my career when the band came together. The boys and I have such good chemistry, we are best friends, we have so much fun, and when you come to a show. I think the energy and that love for what we are doing really shows on stage and spreads like wildfire,” she said.

“And I know that when I go to a show, I wanna know about the artist, I wanna know why they write a song, I wanna hear funny band stories, I want to connect. And I believe we really do that at every single show.”

After releasing her first single, “Son He Never Had,” at 19, Bass has since compiled “more than an album’s worth” of original songs and plans to release an EP next spring. She recently released the single, “Wear It Out,” along with a video, and is working with Michigan’s Smokin’ Sleddog Records on booking shows nationally. (Scroll down to watch videos.)

AFTER RUBBING ELBOWS WITH COUNTRY STARS, ‘THE SKY IS THE LIMIT’

As for her growing fan appeal, Bass insisted it’s because she’s “staying grounded in my roots and playing songs for people who love country music and the lifestyle it supports. … I write all my own stuff and I just write about life.

“The people who follow my social media say that they like my music posts, but they love to see my hobbies like hunting or fishing or my crazy family, and I think a lot of that and my lifestyle shows in my songs.” 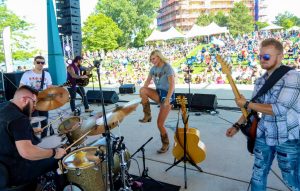 That fan-engaging approach resonated with voters who helped pick Bass for the Gilbert cruise after her band placed among the Top 10 contestants based on videos and music submitted to the competition. Another round of online voting put Bass in the Top 5, after which voyagers on the trip selected the band for the cruise.

For Bass, rubbing elbows with these country stars is just the beginning.

“I can’t tell you when or what’s going to happen, but I will say that we aren’t going to quit. God has made it pretty clear that this is what we are meant to do,” she said.

“The sky is the limit and our goal is to be nationally known, have my songs playing on the radio, and be attending CMT awards one day.”

VIDEO: Sadie Bass, “Wear It Out” 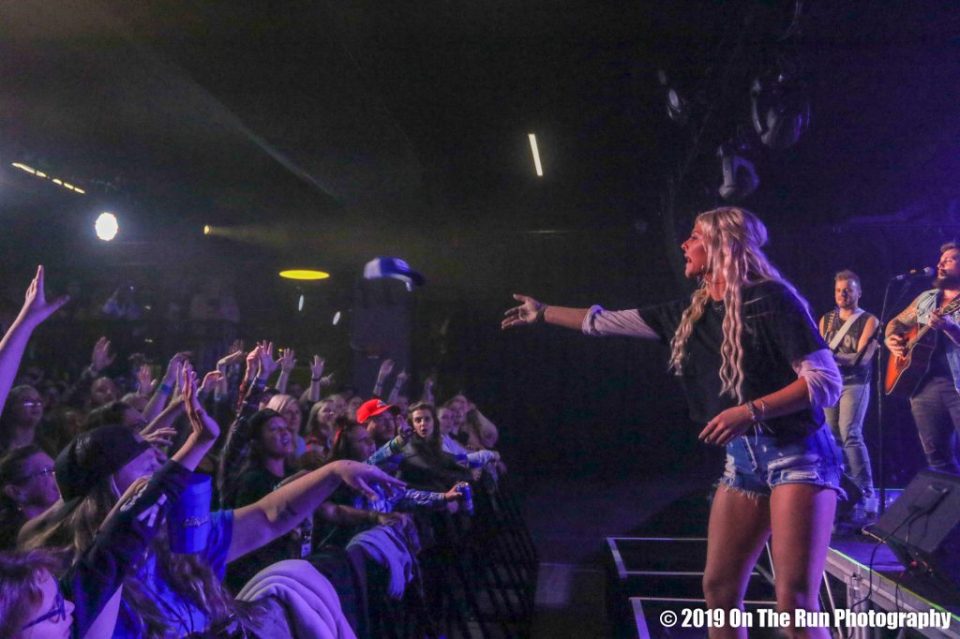 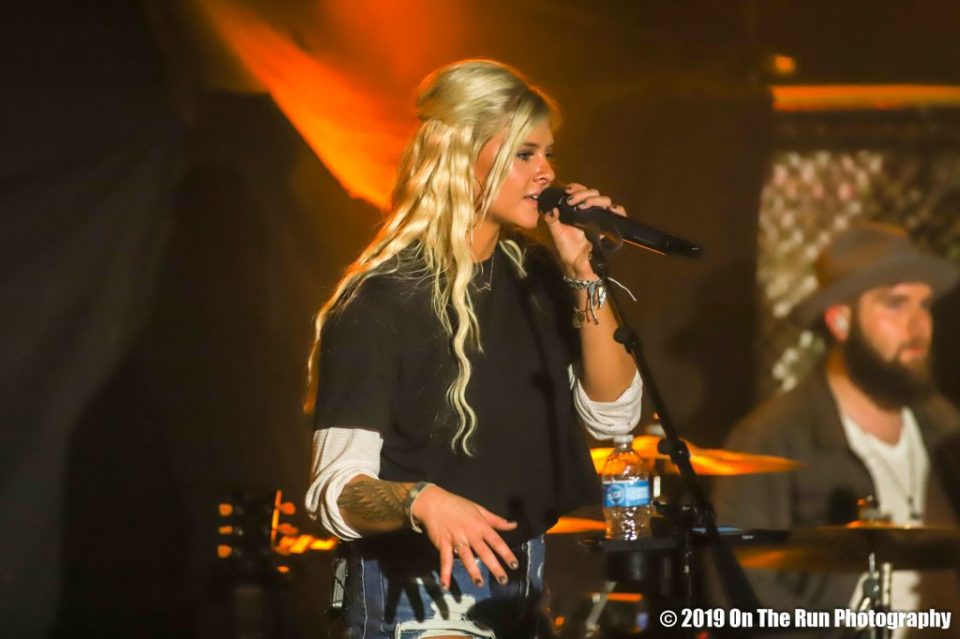 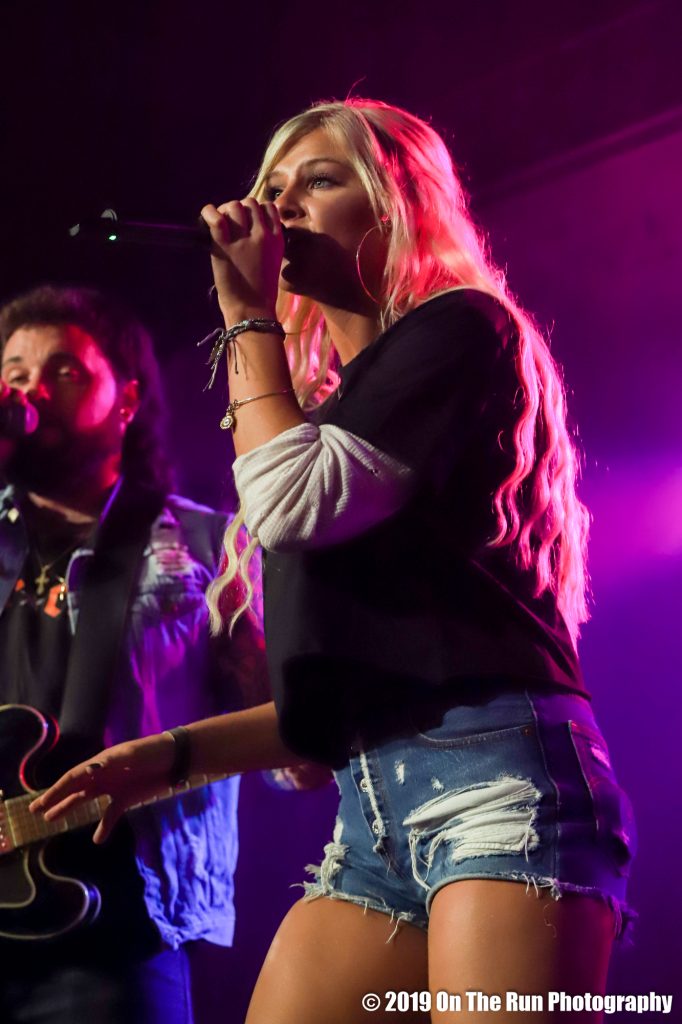 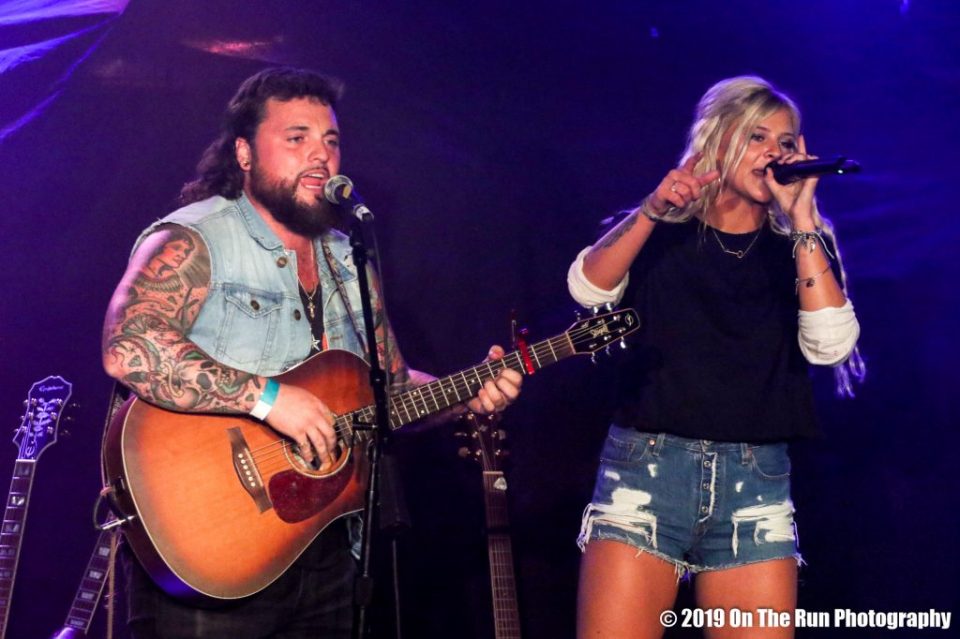 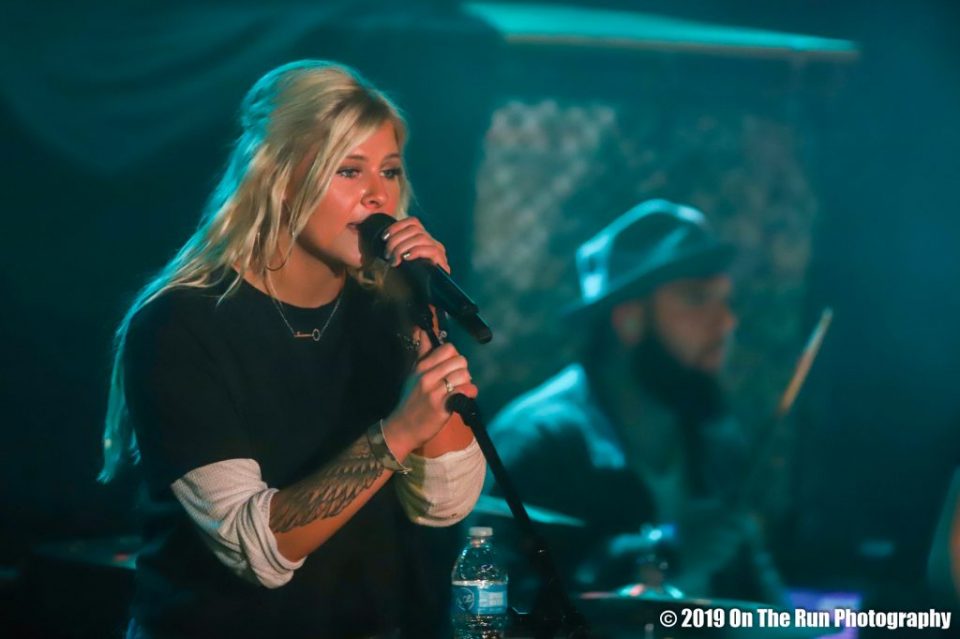 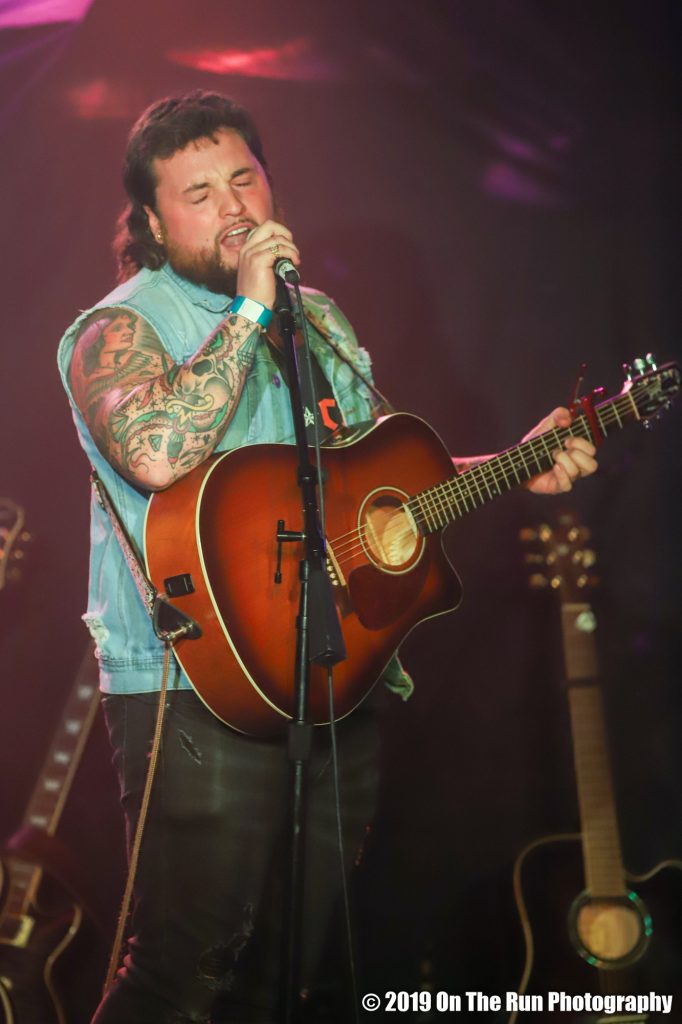 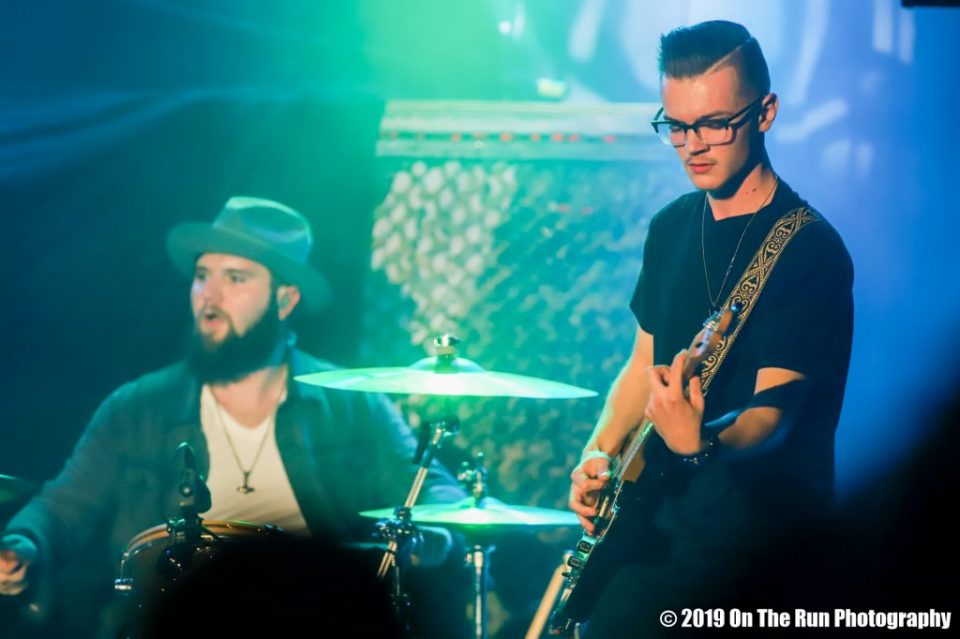 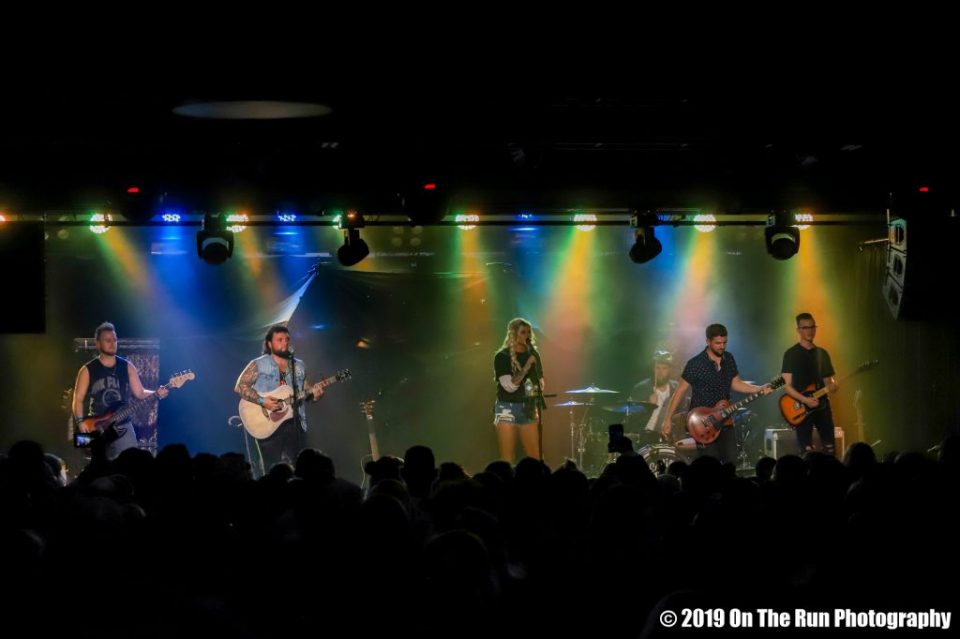 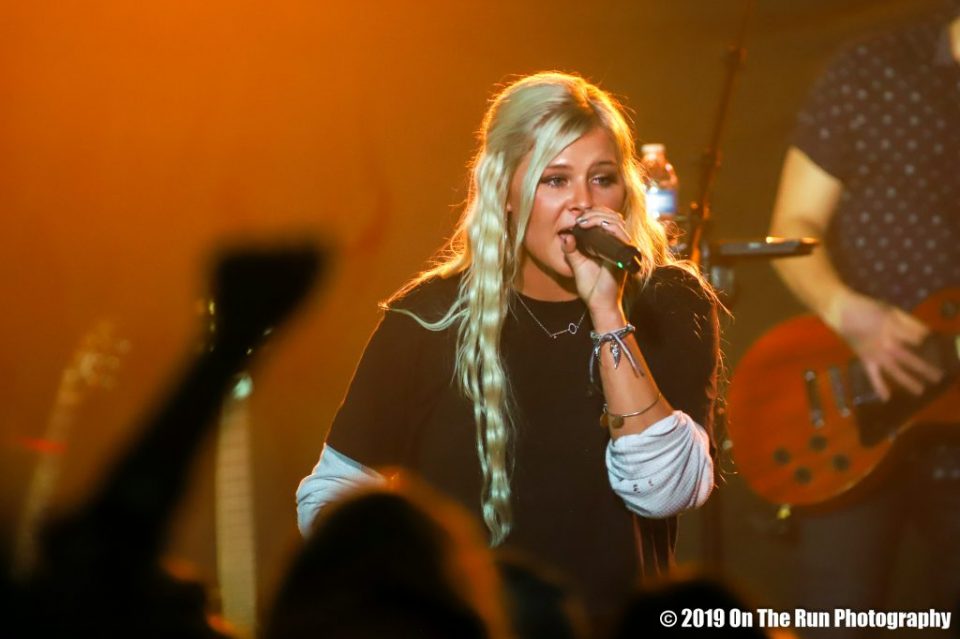 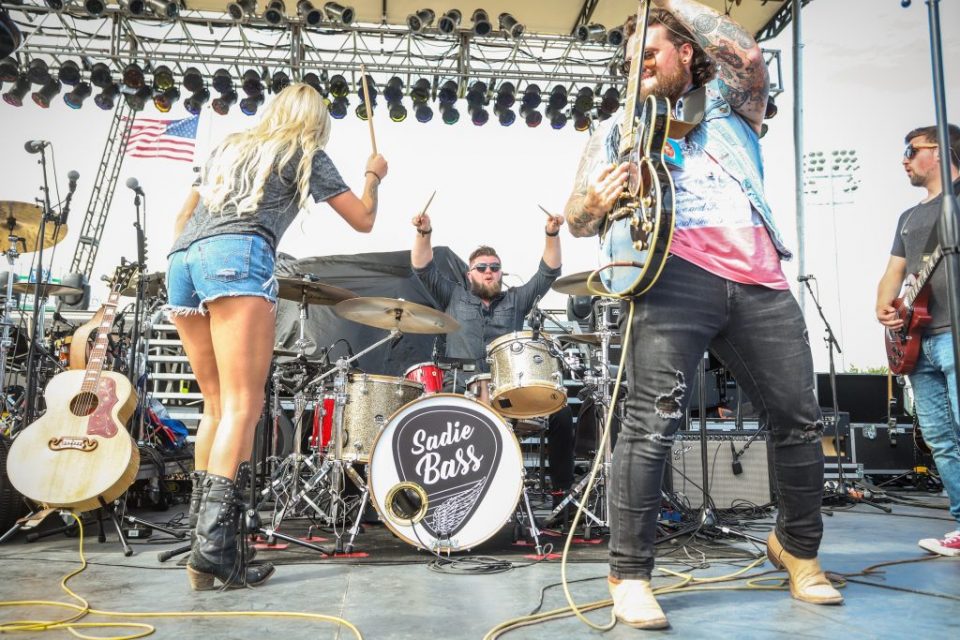 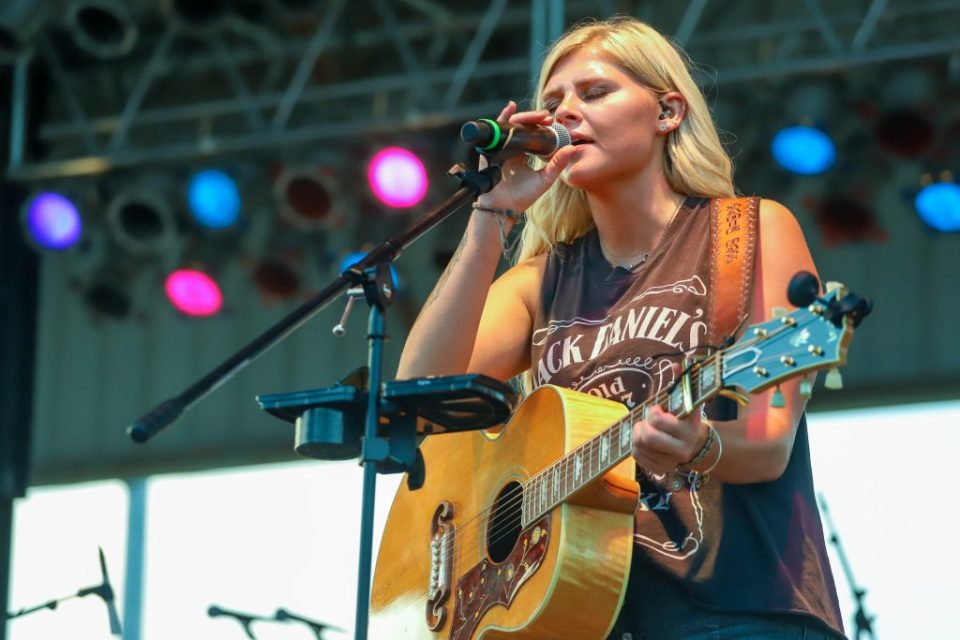 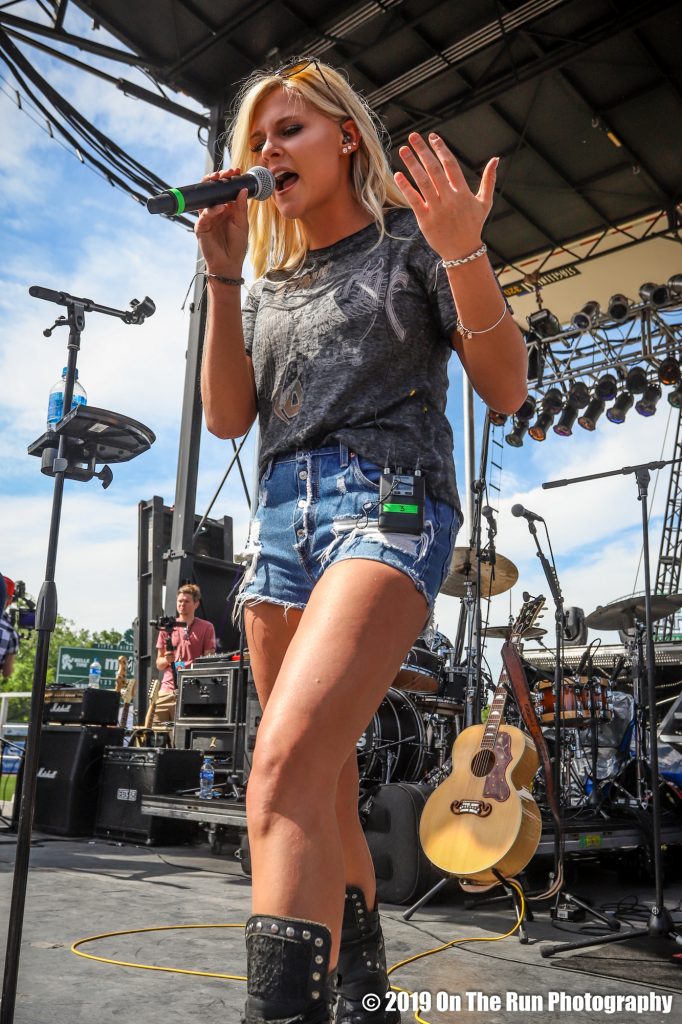 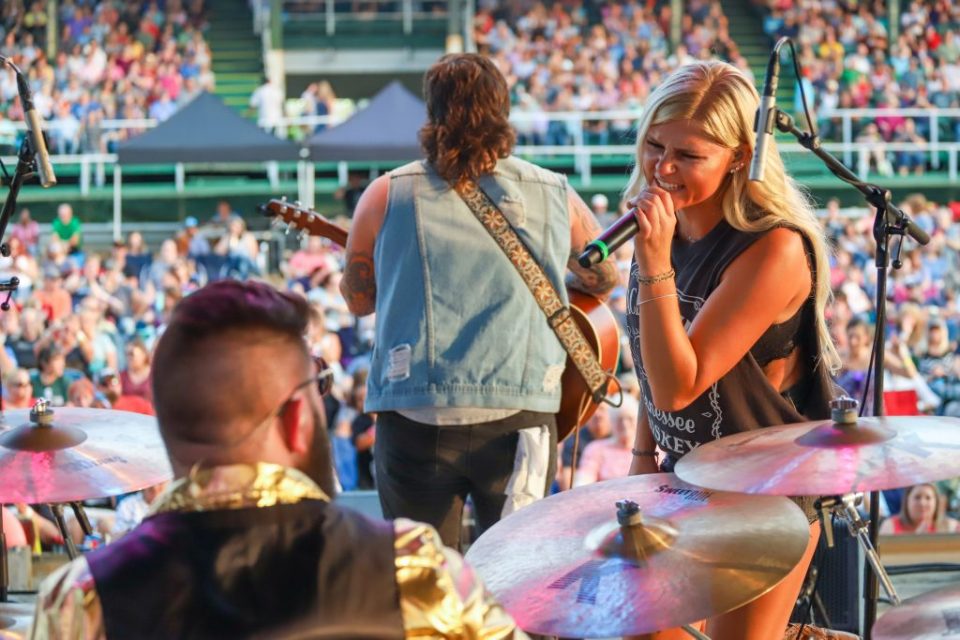 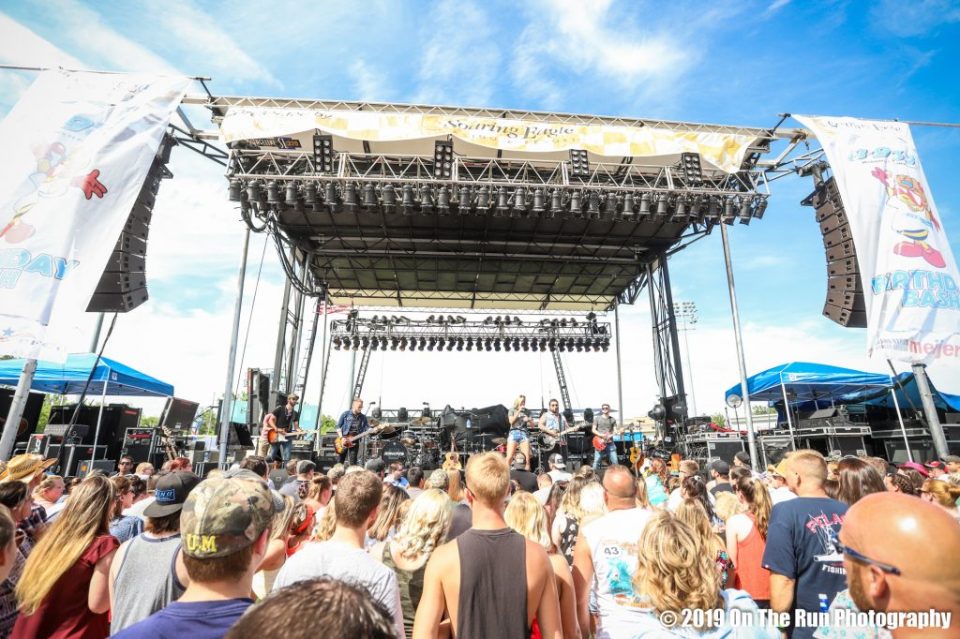 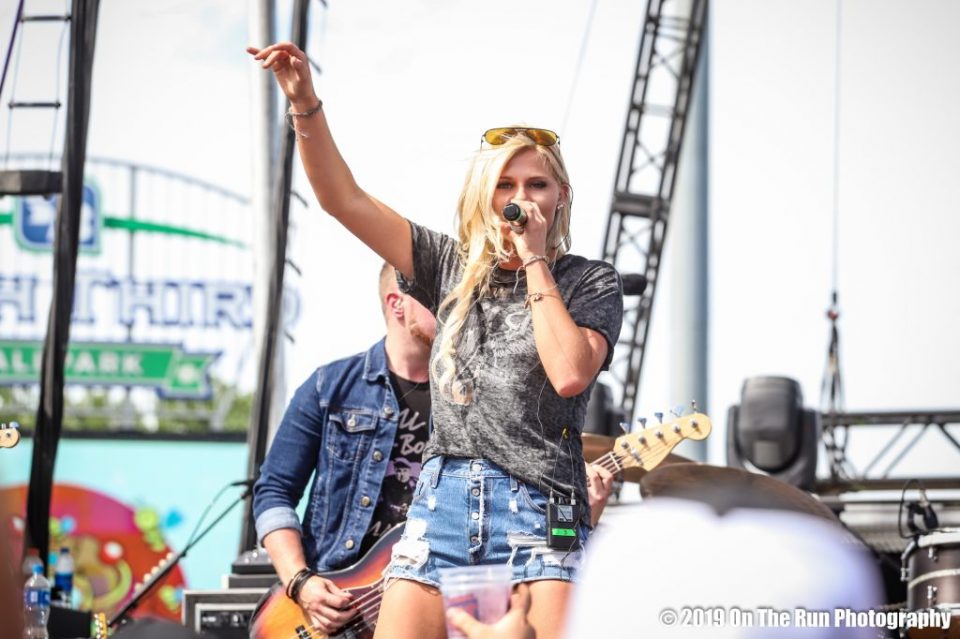 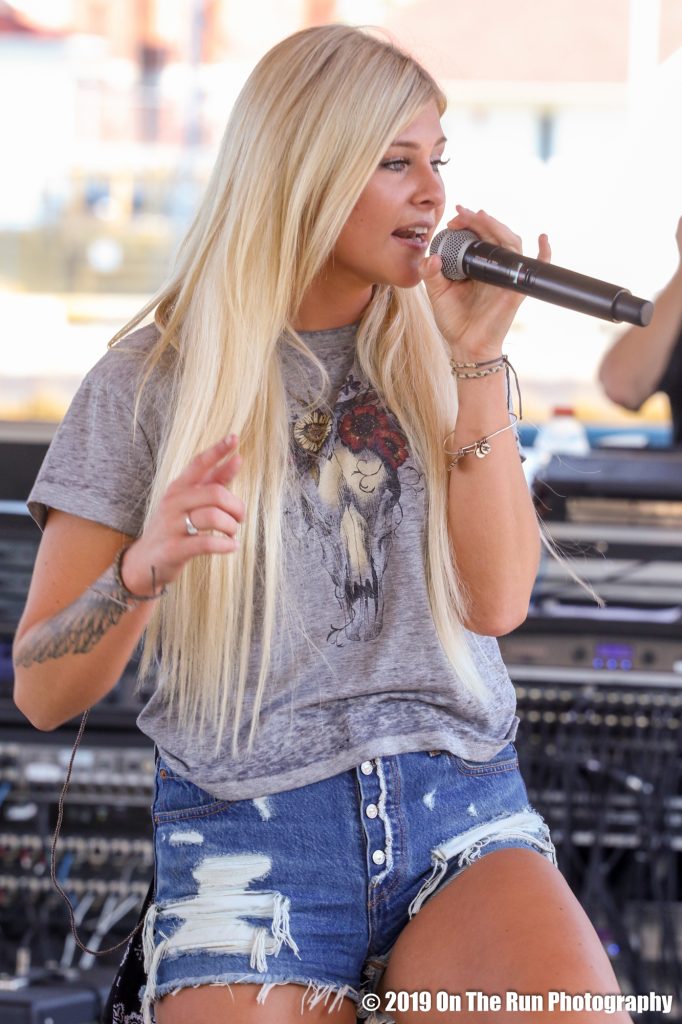 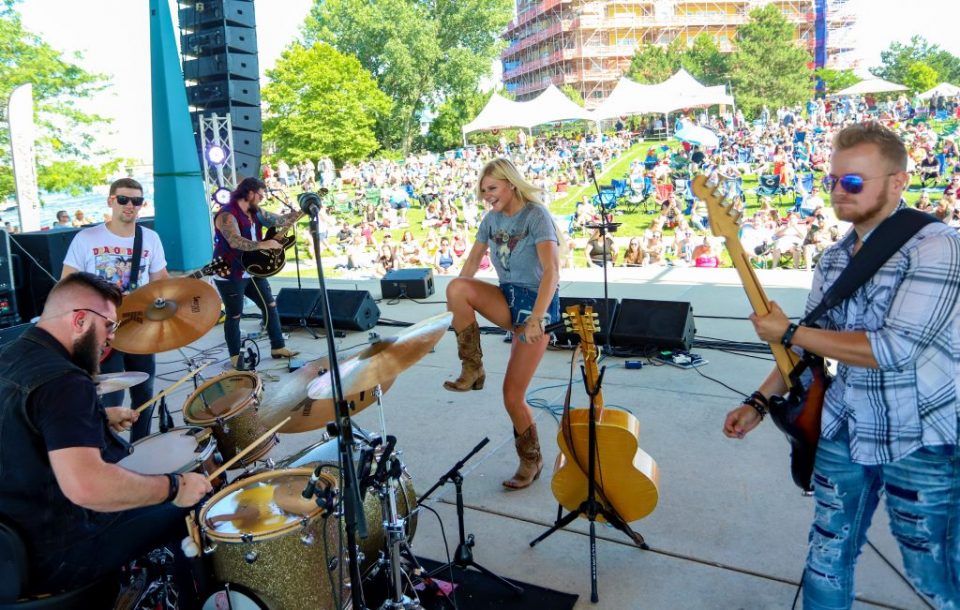 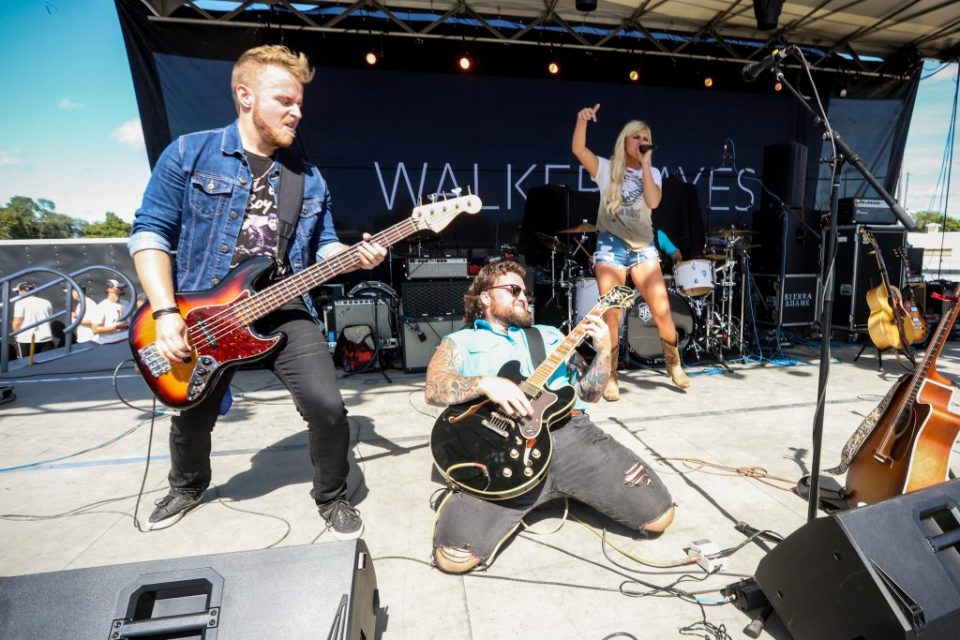 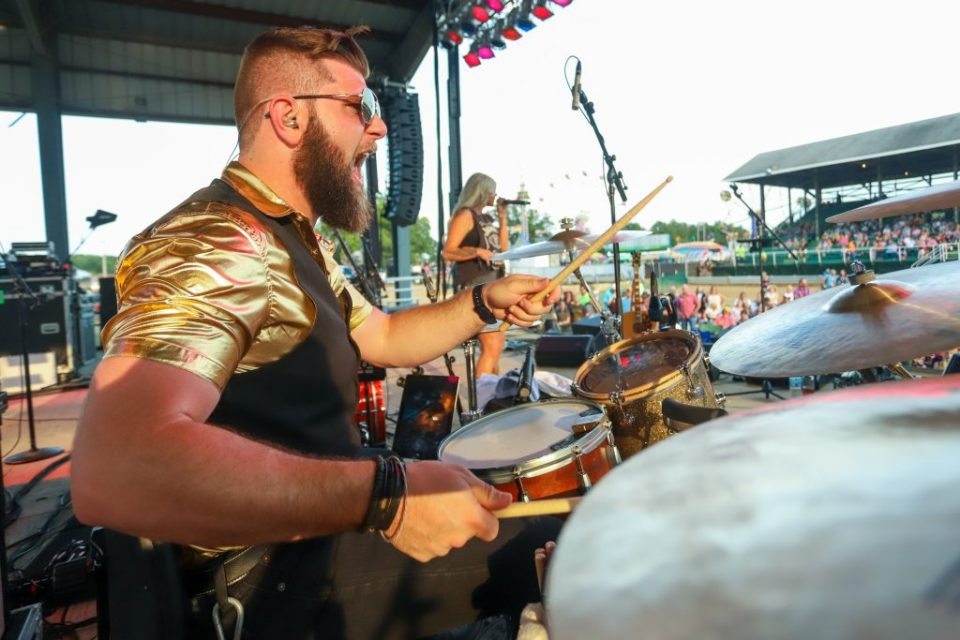 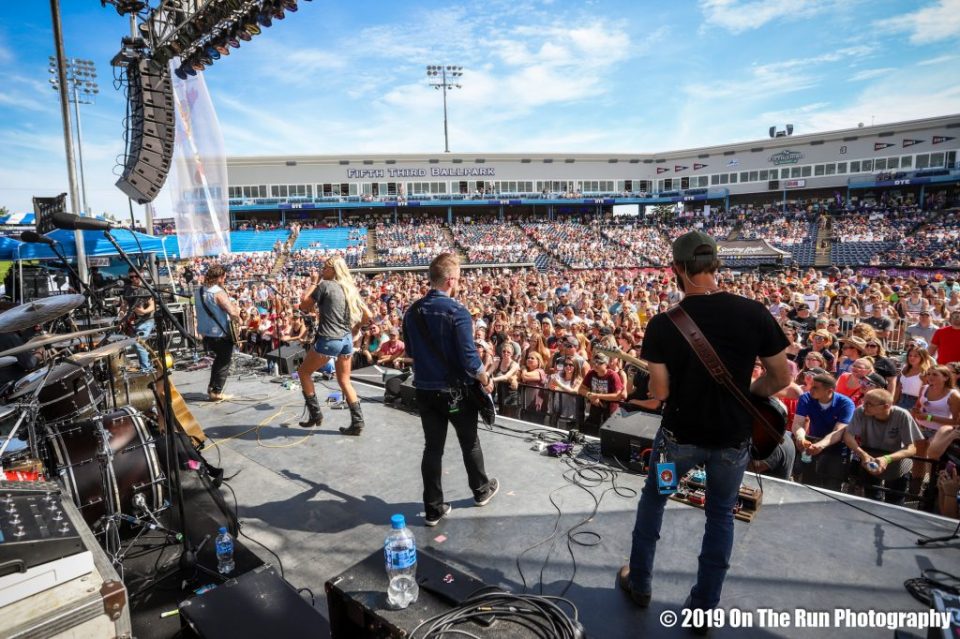